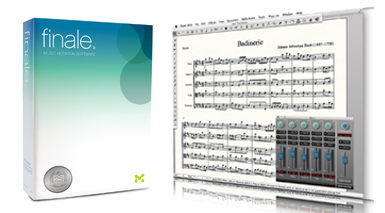 Twenty-five years on and Finale notation software is still going strong. Keith Gemmell has the score…. 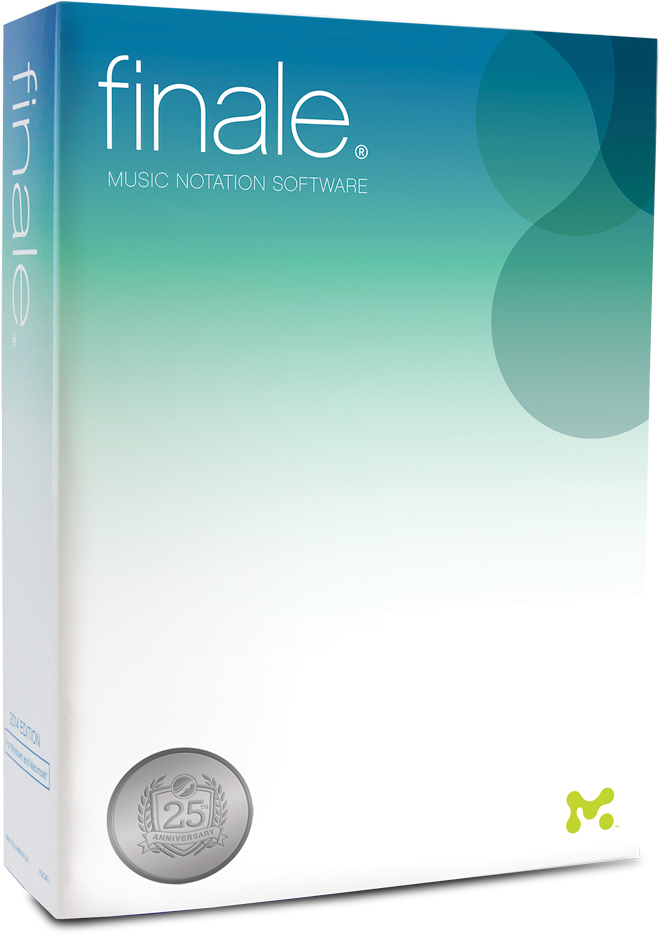 Finale music notation is now 25 years old and widely recognised as an industry standard for notation software. Other programs come and go, but, apart from its main rival Sibelius, Finale reigns supreme. It’s highly flexible and capable of notating just about any type of music imaginable (adventurous composers can even design their own symbols using its built-in graphics program).

Notes, measures, key signatures and most other score elements can all be adjusted, either by dragging or precisely positioning them using dialog boxes. Notes can be entered with a MIDI keyboard, mouse or computer keyboard; performances can be captured with a microphone. This feature, though, is limited to woodwind and brass and not designed for vocals. Sheet music can be scanned and a wide variety of file types can be imported, including MIDI and MusicXML.

What’s New?
Finale is usually updated annually, but 2013 was given a miss and the latest version, 2014, contains a number of new features. There’s a new file format that will be cross-compatible with all future versions of Finale and the look of the tool palettes and their icons has been redesigned. However, we were disappointed to discover that it’s not yet 64-bit (other products, such as Sibelius and Notion, are). Although not crucial for a notation package, this is a big drawback if you use large orchestral sample libraries to play back scores. 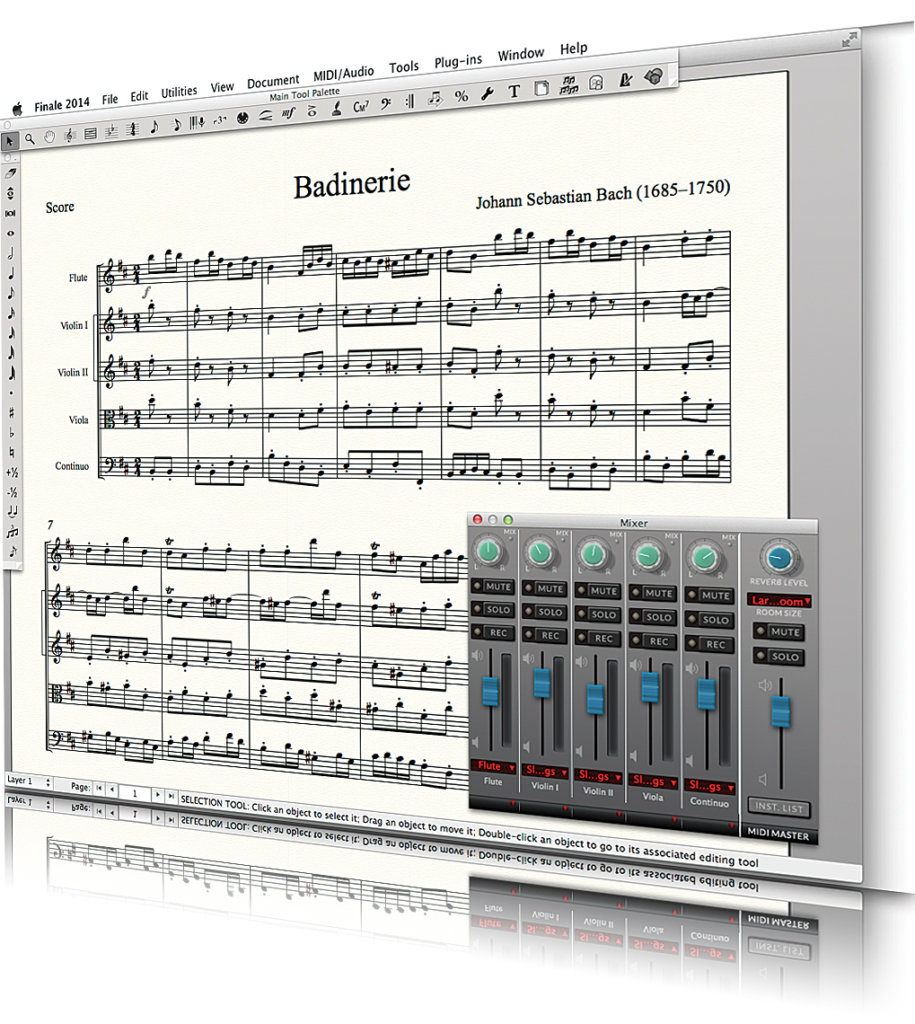 The way that keyless scores and instruments are handled has been improved and so, too, has the percussion interface. Although not part of the actual software, the online documentation is also now much clearer and easier to browse. Human Playback – where Finale humanises the quantized notation display according to a specified musical style – is now an integrated part of the software. Previously it was a separate plug-in.

Sounds Good
With so few companies involved, competition is fierce in the world of notation software. Soon after the appearance of Notion, a relatively new notation program with an emphasis on high quality playback and DAW-style mixing facilities, Sibelius responded by adding a massive sample library to their software, which didn’t sound particularly great and practically brought the program to its knees. When composing the old fashioned way on what is, after all, virtual manuscript paper, the last thing one needs is a work flow hinderance. 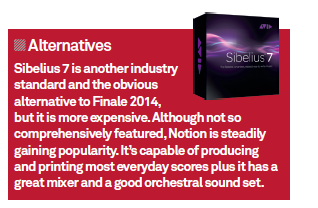 Fortunately, Finale has not fallen into the same trap by trying to emulate a DAW and has continued its implementation of the highly efficient and lean sounds from the Garritan Personal Orchestra. New instruments are usually added with each update. This time, instruments and orchestral effects from no less than four Garritan libraries have been included – Garritan Personal Orchestra, World Instruments, Jazz & Big Band and Instant Orchestra. Lightweight, fast loading and efficient, these are good quality sounds that are perfectly adequate for notation playback. A new sound engine from Plogue Art et Technologie, the company responsible for Garritan’s Aria Player, has also been added.

With so much emphasis placed on notation software playback these days, it’s easy to forget that its main purpose is to print music for real musicians to play. To that end there are several improvements in version 2014, including a feature that avoids dynamic marking collisions when measures are resized. Keyless instrument support is also a big improvement, making it much easier to write for orchestral instruments that don’t always show key signatures in a score (such as French horns).

It may be 25 years old, but Finale remains, undoubtedly, top-drawer notation software. Unlike Sibelius –which underwent a radical interface overhaul – Finale has retained its instantly recognisable look and easy-to-understand workflow and is unlikely to upset existing users, while newcomers will find it easy to learn. We really do feel that this consistency over the years is one of the key reasons for its success and longevity – and long may it continue. 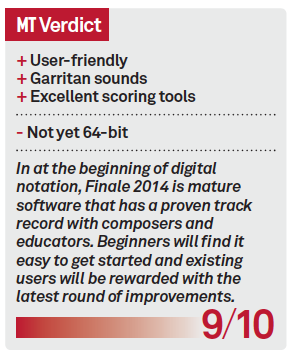