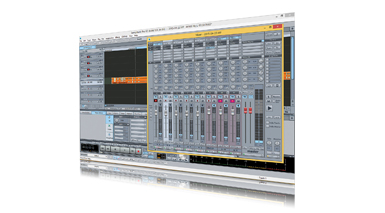 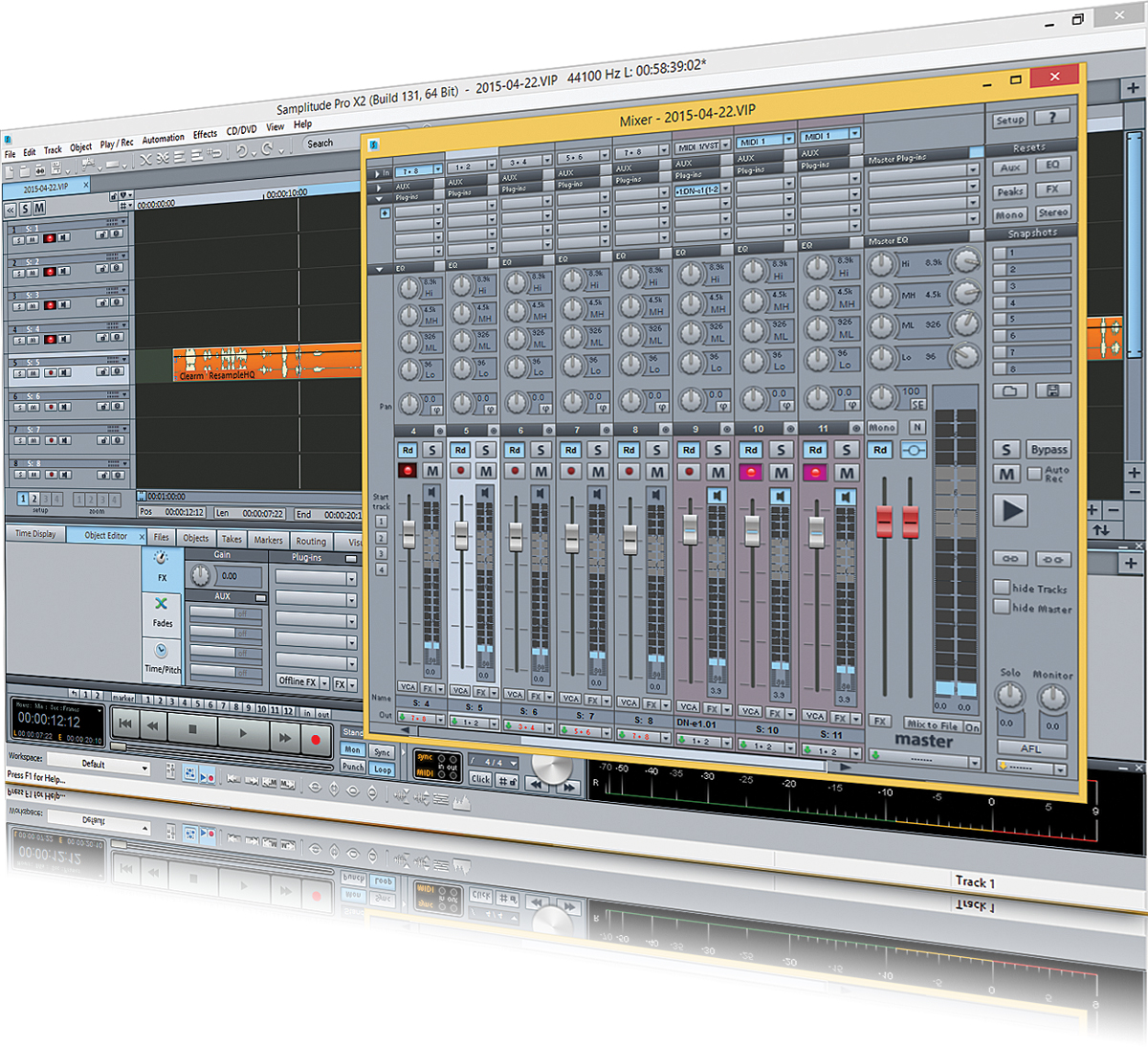 When it comes to Digital Audio Workstation (DAW) software, the market is pretty healthy from a consumer’s point of view, with a range of applications covering different approaches and price points from inexpensive to higher-end. While you may be familiar with the big names, there is a growing number of DAWs made by smaller developers that you may not necessarily have heard of but which can offer their own specific take on the production process.

Samplitude Pro X2 is just such a DAW, and it’s a Windows-only product that runs on Vista or higher. As production software goes, it’s more heavily focused on the audio tracking side of things, though it does have many MIDI features as well.

Get Started
Installation is simple enough and there’s a demo version available. It feels like a studio tool, with the look and feel of one of the proprietary systems that you often find in mastering houses or larger studios.

It supports sample rates up to 384 kHz and is 64-bit and multicore capable, as you’d expect. The regular version is a fairly modest install size, but if you go for the Suite you get more content including the Independence sampler with 70GB of content.

The interface is a little clinical but certainly doesn’t waste resources on anything flashy, opting instead to give you easy access to the many tools and sections that the software has. There are 999 tracks and 256 available inputs and outputs – far more than you’ll ever require.

The layout is sensible, with toolbars at the top and bottom, a timeline area with project tracks in the centre and a multi-tabbed editor section near the base for performing analysis, edits and other tasks on any selected data or on the project itself. It feels like a cross between a regular DAW and a wave editor/mastering package, and that’s a pretty accurate description of what it is. 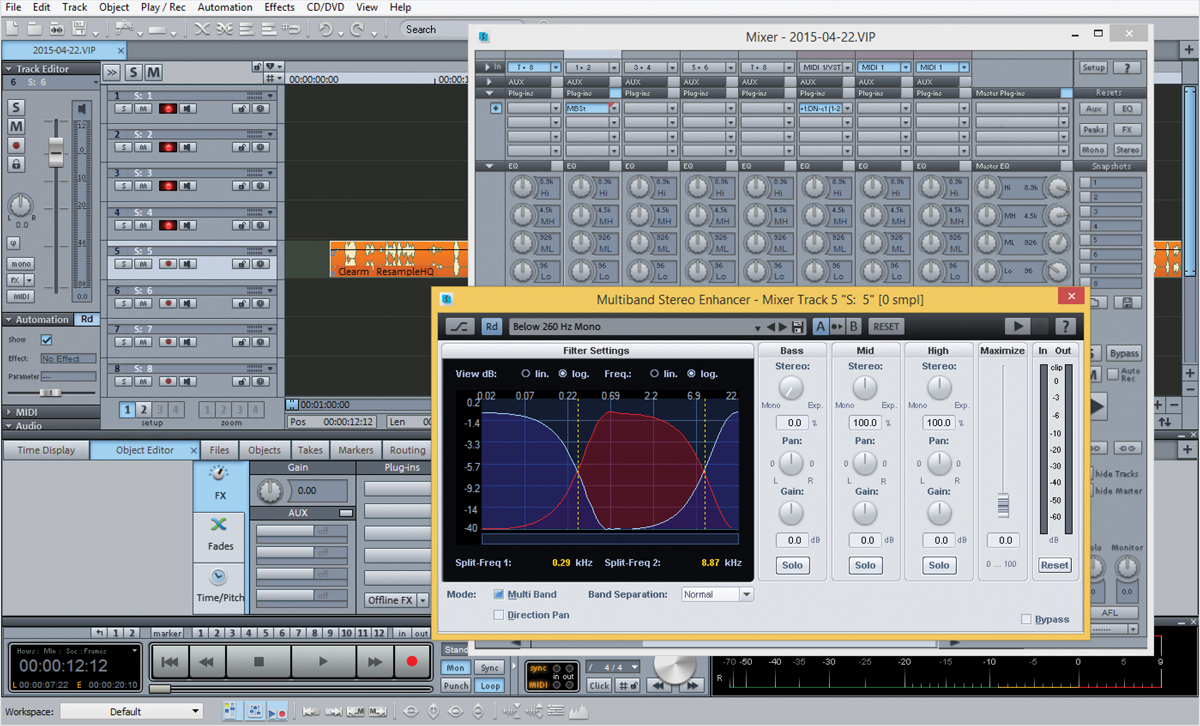 Get Tracking
Tracking and editing audio is straightforward, as is advanced analysis using the spectral tools. In terms of what’s new, we start with multiple outputs during mixing which enable you to create more complex mix sessions in software. In a similar vein, there’s free plug-in routing and this lets you change the way effects are applied. Working with effects in the mixer is easy, and as well as some bundled Magix plug-ins the application can see your VST library: indeed, there’s now an integrated VST3 interface available.

Sticking with mixing, VCA faders are now available. These originated in the hardware world and let you control groups of faders in the mixer using virtual voltage control. The idea is that multiple faders can be manipulated using control faders rather than groups or audio bus channels

Automation has been improved and there’s zplane time stretching for altering audio duration and pitch. Elastic audio is now available across multiple tracks, so changes that you make to one part can be automatically applied to others, which is useful for working with things like backing vocals. In the regular version of the software you get a bunch of Magix instruments: the DN-e1 synth, Rock Drums, Vintage Organ, Bass Machine and more.

In the Suite version these are joined by Analog Synths, Urban Drums, Electric Piano and String Ensemble. Shelling out the extra also gets you the Cleaning and Restoration Suite, the full version of the Vandal guitar and bass amp, EBU R128 loudness metering and a true peak limiter, plus of course the 70GB of sampler content mentioned earlier. The price difference is considerable though, so this might not be for everyone. Both versions come with mastering plug-ins and tools as well as CD authoring features, a range of visualisers and meters and MIDI editing and music notation.

Sample for Yourself?
Samplitude is a solid DAW for Windows that while perhaps a little businesslike, certainly gets the job done. The core feature set is present in the regular version and for all aspects of audio and MIDI tracking and editing, mastering, analysis and production it’s a good choice for audio professionals. Magix does aim this at professionals, hence the lack of an entry-level version, but it’s more than up to the task. 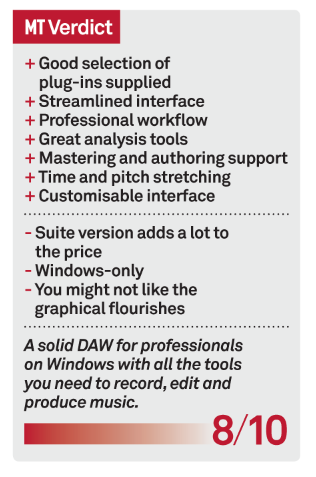