LoopLords has amassed a strong following thanks to their artist-specific packs. For their latest release, Kraft Sounds, they take on one of the most iconic electronic artists… Price $39 Contact LoopLords Kraft Sounds key features: Kraftwerk-inspired plug-in 3.4Gb download 84 presets based around tracks including Autobahn, The Model, Radioactivity, The Robots and The Model 3 […]

LoopLords has amassed a strong following thanks to their artist-specific packs. For their latest release, Kraft Sounds, they take on one of the most iconic electronic artists… 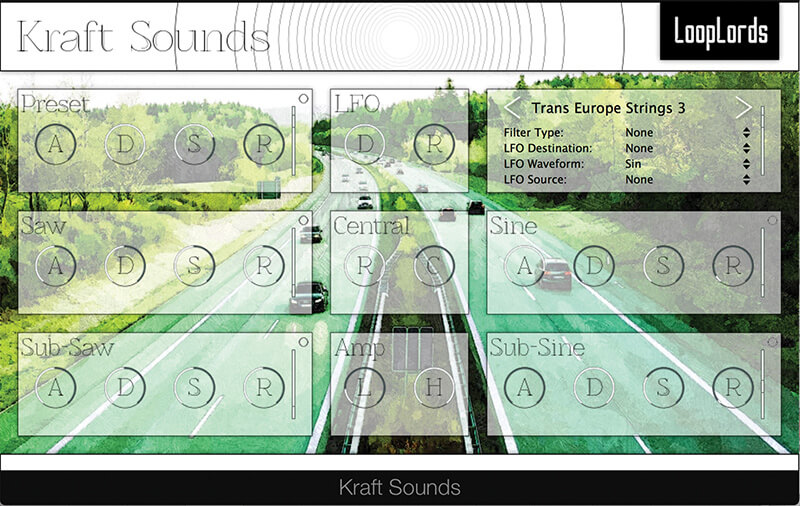 It’s fair to say that we love LoopLords. OK, we don’t know them personally and it’s because they have released instrument libraries based on things we love – so far, that being Modalities for all your Depeche Mode needs and Replikator for all your Blade Runner sounds – but we love the fact that a company is unafraid to focus on such specific collections, and then sell them for less than 40 bucks.

The latest one, Kraft Sounds, taps into our record collections again and is an instrument library based on, you guessed it, Kraftwerk. Depending on your point of view they are the band who either invented dance music or rich kids who happened to be able to afford synths when they were too expensive for everyone else. The fact is it’s probably a bit of both. The bigger fact is they haven’t released anything decent for years, but with Kraft Sounds you can basically make your own Kraftwerk tunes.

It’s a 3.4Gb download for VST or AU and you simply drag the entire download into whatever instrument folder you use. The sounds are listed by famous Kraftwerk tracks so we kick off with some pads and basses based on Autobahn and finish with Trans-Europe Express-inspired strings.

The Autobahn ones are the best, but there’s plenty of great sounds from The Robots and The Model. Unlike Modalities there’s also plenty of synth action with an LFO, envelopes, filters and oscillators to edit, so you can mess with the sounds a fair bit.

On occasion you might have to re-select the components that make up the sound from the top right drop down menus for changes to have an effect, but the bottom line is that you can edit sounds a lot. However, you could argue that programming different sounds defeats the point of a collection that is intentionally so specific and, in any event, most of the sounds are great to start with: clean, punchy and, well, Krafty.