Have you ever wanted to boost up the level of a vocal without affecting the other elements of a pre-mixed track or master? Alex Holmes checks out Leapwing Audio’s latest plug-in, which promises to do just that… Price £179 Contact contactus@leapwingaudio.com | Leapwing Audio CenterOne key features: Brings centre forward or pushes back Leaves panorama […]

Have you ever wanted to boost up the level of a vocal without affecting the other elements of a pre-mixed track or master? Alex Holmes checks out Leapwing Audio’s latest plug-in, which promises to do just that… 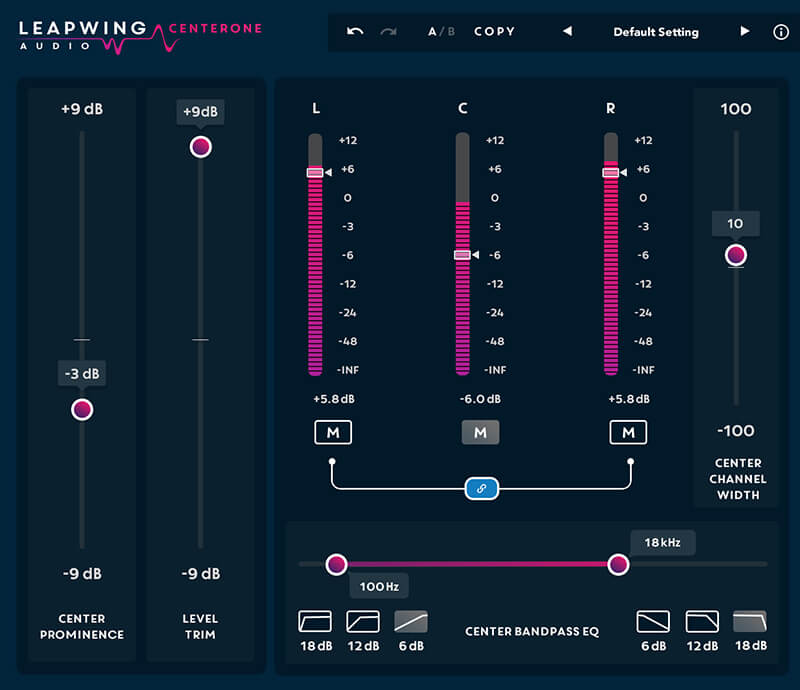 We don’t envy the job of the mastering engineer, who might regularly get stereo pre-masters with multiple issues to resolve. There are many tools that can be used to shape tonality, dynamics and the stereo field, but ultimately, they only have a left and right channel file to manipulate. Leapwing Audio’s CenterOne is a new plug-in that aims to ease the poor mastering (or indeed mixing) engineer’s woes, by splitting the signal into left, centre and right channels for intelligent manipulation that goes beyond what’s possible with regular M/S processing.

Featuring two separate algorithms designed by Longcat Audio and Coronal Audio, both specialists in 3D audio and spatialisation, CenterOne allows you to manipulate the centre channel elements whilst keeping the panorama intact, so you can reposition, isolate and eliminate elements of a stereo recording. The crisp, retina interface has a Center Prominence control that allows you to bring the centre panned signal forwards or backwards in the mix by up to 9db, and sits alongside a Level Trim control to balance the resulting output.

The other main section is LCR Extraction, with separate level and mute controls (plus an optional link for L&R) that allow you to rebalance the L, C and R channels, plus a linear phase bandpass filter with 3 slopes that sits in the extraction algorithm. This selects which frequencies go to the centre channel, with anything outside the range going to L & R, allowing you finer control on which elements you’re manipulating.

Finally, there’s a unique Center Channel Width slider that controls the width of the extracted centre, from only taking sources located exactly in the middle of a stereo stream, to also extracting audio that is more offset in the stereo image. By carefully manipulating these well chosen elements, you can get variety of results, and a handful of presets give a good idea of what you can achieve, with names like, ‘increase vocal level’, ‘decrease centre bass’, and ‘increase side brilliance’.

One way to work is to mute the side channels, then change the Center Channel Width and Bandpass EQ amounts whilst listening to which parts of the audio the plug-in is isolating. You can then bring the sides back in, and control whether you want to increase or decrease your isolated centre element.

In this way, it can be used to subtly refine the balance of a stereo master, or to achieve more drastic manipulation of loops and audio. We tried to clean up and isolate some parts on a handful of old disco records and it was amazing how much you can change the recording, bringing drum elements to the fore, or reducing them greatly. There are limits though, and if you try to push the L & R isolation to the extremes by muting the middle, then you will get some warbling style artefacts.

As long as you know what’s possible though, and where the plug-in excels, then the results are clean and highly usable. In theory, there are 5 outputs coming out of the plug-in, with a stereo downmix of the LCR stems, plus individual mono outputs for the L, C and R. However, as not many DAWs support multiple Auxiliary Plug-in Outputs, you’ll have to run duplicate versions of the plug-in on different tracks/busses if you want to process each stem separately.

How much use you get out of a plug-in like this will depend on what kind of work you do. It’s a fairly unique and niche tool, that’s not especially cheap, but it’s also the best of its kind available, and the results are nuanced and easy to dial in. If you do a lot of mastering with vocal tracks or if want more control isolating parts in pre-mixed audio, then this will be an excellent addition to your plug-in roster.

A simple alternative that splits the audio in to LCR and let’s you control the centre and side volumes separately, and also includes an auto-gain feature. If you want something simple, then this might do the trick, but the controls are limited, and we can’t vouch for the quality of the algorithm. 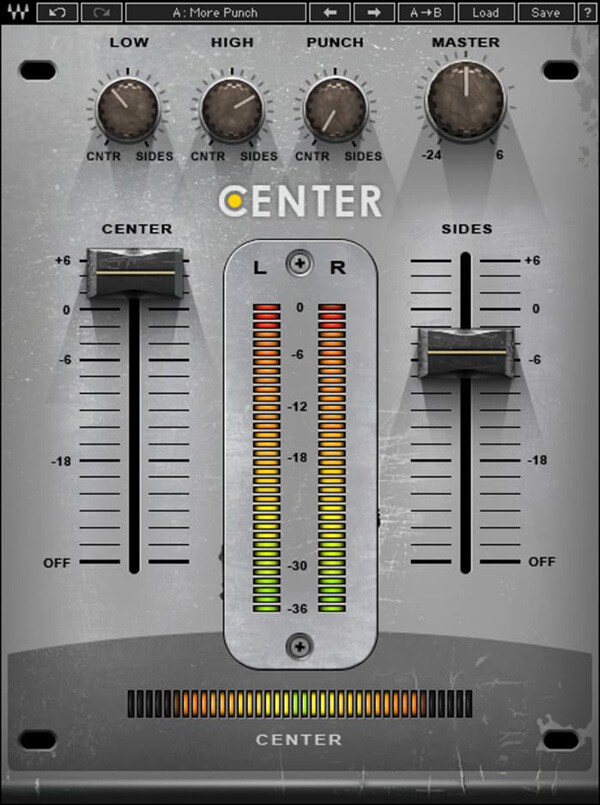 Waves Center is arguably the closest thing to CenterOne, and you can probably pick it up in a sale quite cheap. However, although you have sliders for centre and sides, plus a few controls to alter the tonality, it’s lacking CenterOne’s more refined ability to control filtering and mixing the LCR channels.