Jamstik Studio review: Is this the best iteration of a MIDI guitar yet?

MIDI guitars have been around for almost 40 years – but have always been something of a white elephant. Is the Jamstik the first instrument to truly break that mould and be a usable MIDI guitar? 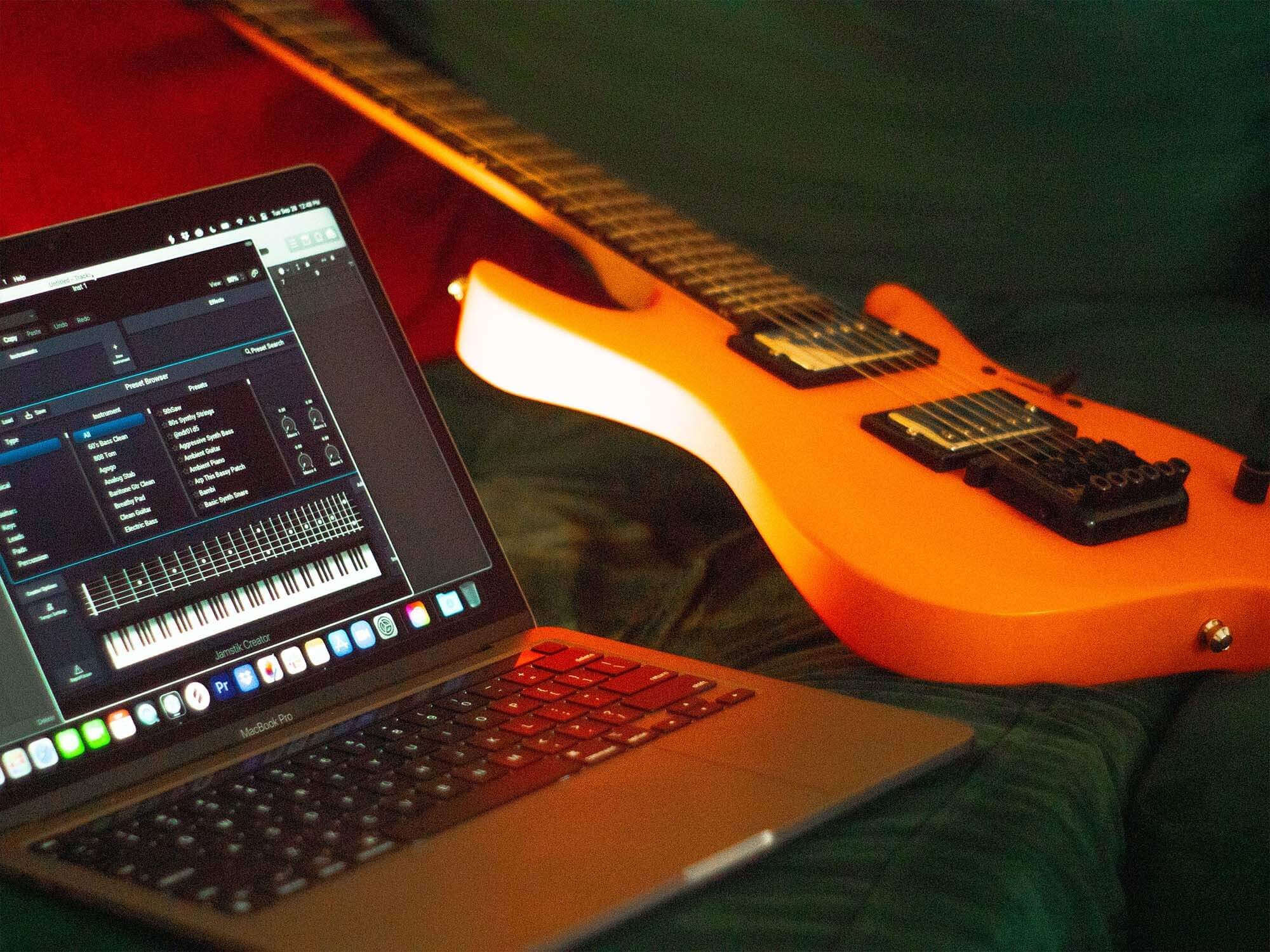 The desire for a guitar that outputs MIDI data has been around since the 1980s. That decade saw some weird oddities including the SynthAxe, but the most enduring MIDI product for guitar has been the Roland GK series. These aftermarket pickups have been used by people as varied as King Crimson’s Robert Fripp and wacky British comedian Bill Bailey. But now a new product is building on that legacy and incorporating that technology into a guitar.

The Jamstik Studio is a real guitar with two humbucker pickups and the all-important hexaphonic MIDI pickup. Jamstik has an established pedigree when it comes to designing a MIDI guitar due to its self-titled guitar trainer instrument and software that, presumably, fed into the development of this instrument and software package. At $800, the Jamstik is comparable in price to buying a mid-priced guitar and a complete MIDI pickup conversion kit. 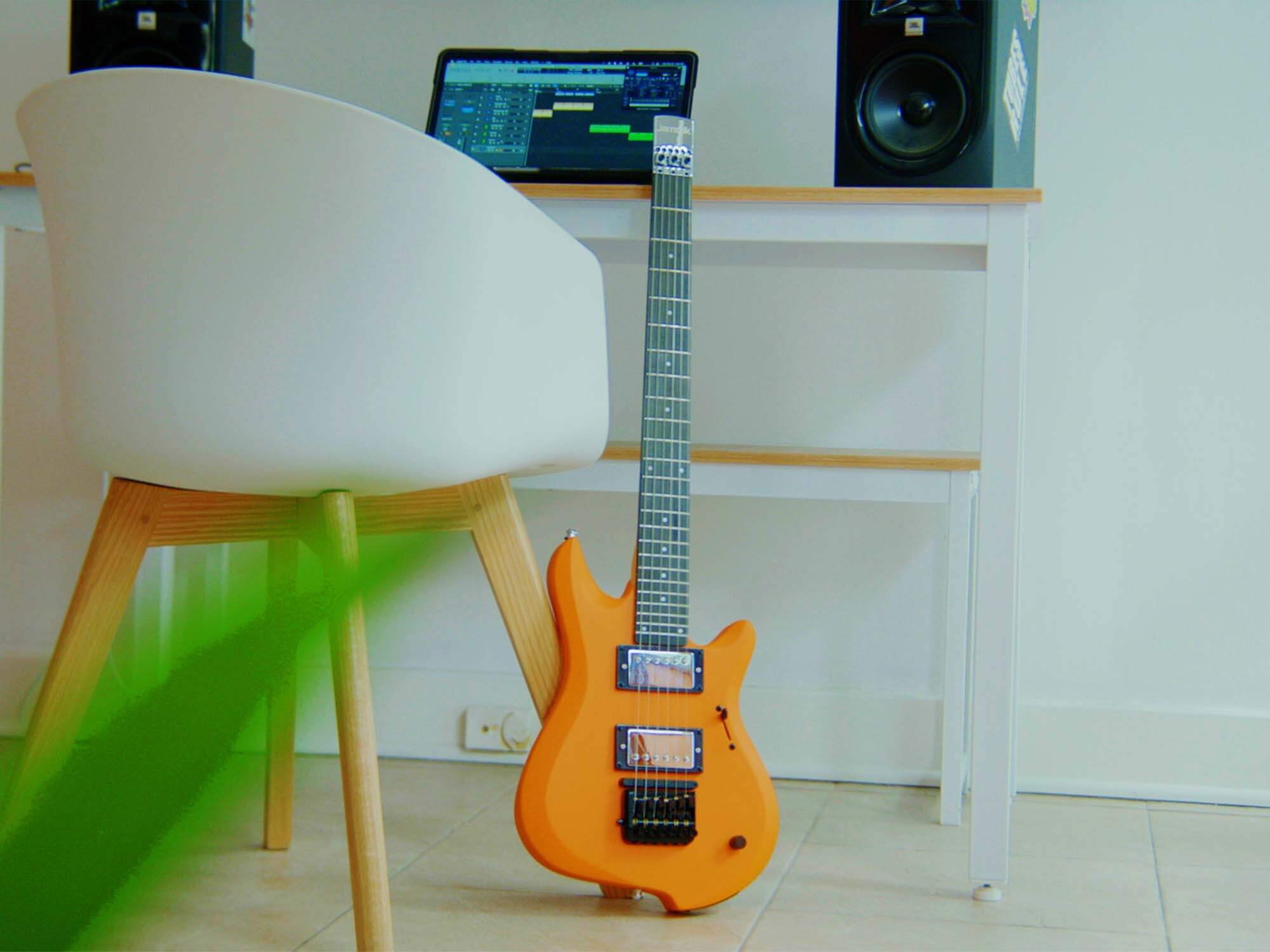 Out of the box, the 24-fret, headless guitar comes in a soft case almost ready to play. The Jamstik Studio arrives with everything one might need to get going including all the USB connection cables, adaptors and even a couple of plectrums.

The choice to make Jamstik Studio headless with tuning at the tail end of the guitar is unusual. There is a clear advantage to having locking tuners on a guitar like this to ensure stable tuning for MIDI – but the thumbwheel tuners provided required the (helpfully included) Allen key to adjust them. Having a headstock, locking nut and fine tuners would work just as well and be significantly less awkward. 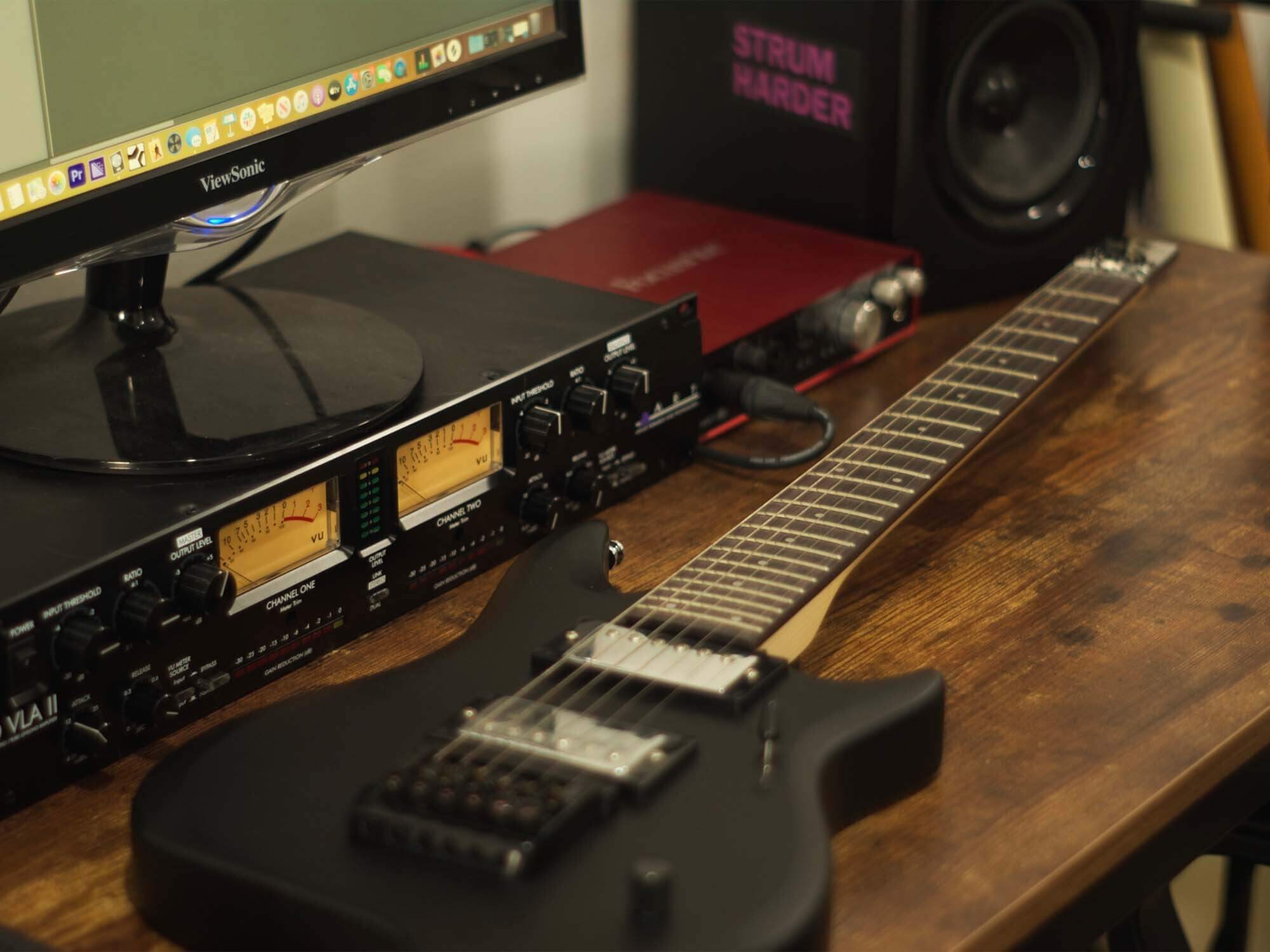 The action itself is a little low for our tastes – but again, this is likely a design choice to maximise accuracy for the tracking in the MIDI pickup. You’ll soon get used to the action and settle into the instrument, as we did.

Guitar sounds are recorded via an amp modeller emulating a 1960s Fender Blackface with a 2×12 cab. A small amount of compression and hall reverb has been added.

The two humbucking pickups are absolutely fine for most situations – they have a relatively high output without sounding brash. The coil-tap function to convert them into single coils is effective and adds that clarity that a single coil should, but it isn’t going to be confused for a Strat. The guitar elements are excellent for what they are; we just can’t see it being our go-to instrument for regular guitar recording.

But that’s not really the point of it. The MIDI functionality is where this thing comes alive. 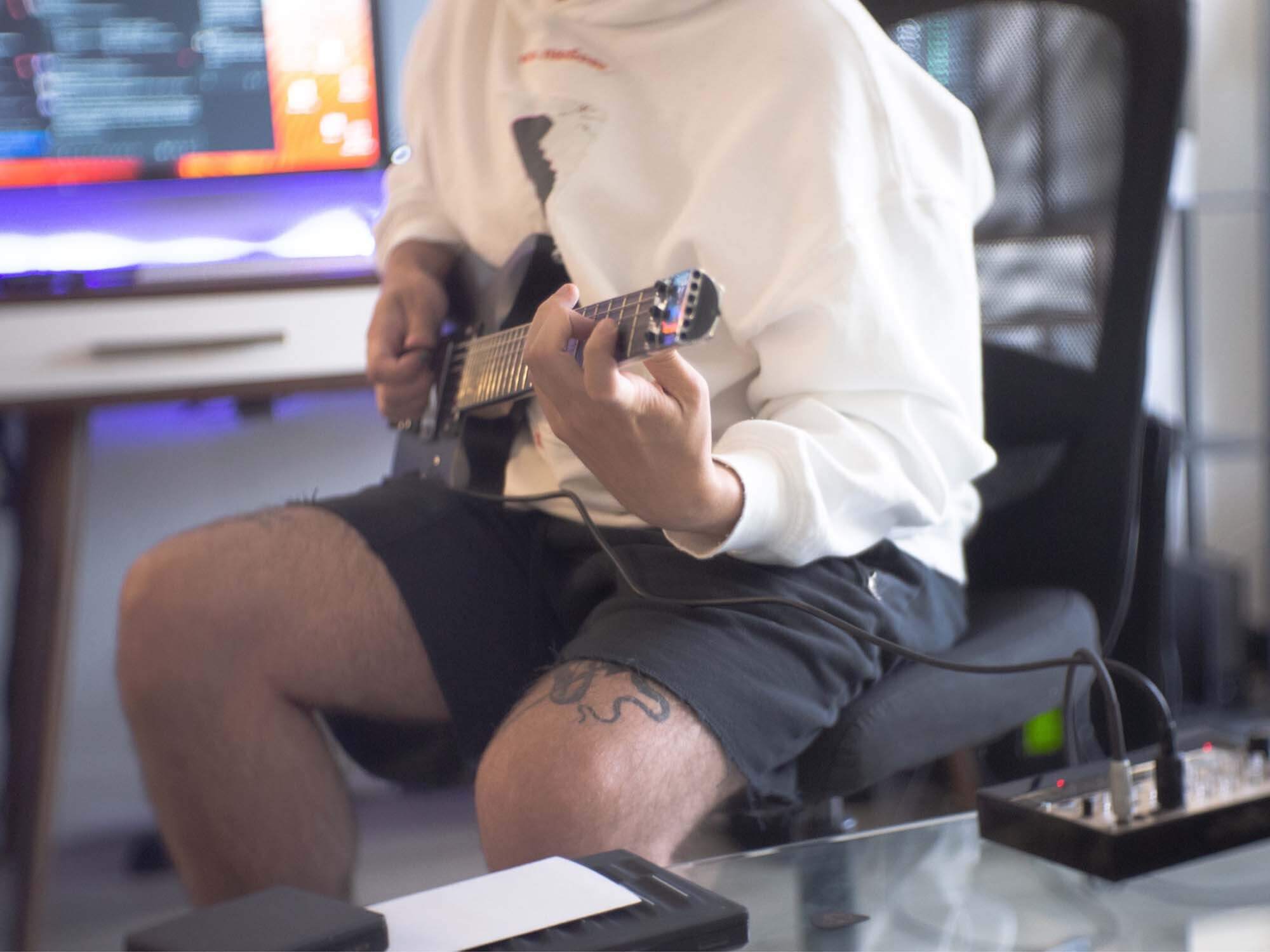 Connecting the Jamstik Studio to your DAW is easy enough, using the USB-C to USB-A cable to hook it up and charge the guitar. Then, you can switch over to battery power. The Jamstik Studio comes included with its proprietary software, Jamstik Creator. This is a free download from the website and contains a huge sound library to get you started if you don’t have many soft synths.

We explored how the guitar played with some of the MIDI instruments in Apple’s Logic Pro before we dived into the more specific MIDI Polyphonic Expression (MPE) instruments included within Jamstik Creator. The guitar responds excellently – the tracking is precise most of the time, but with faster playing, we had to be accurate with our fingering technique. However, the MIDI pickup’s output is quite low. We had to hit the strings quite hard to get the note velocity up to where we would normally have it if we were using a piano keyboard. The knock-on effect was that not all of our soft synths were triggering as effectively as we’d like.

The ability to play MIDI parts with a guitar is simply amazing. We were playing things that we would never play if we were sitting in front of a keyboard. It is particularly useful for exploring different chord voicings and arpeggio shapes that don’t naturally sit under the fingers on a keyboard. 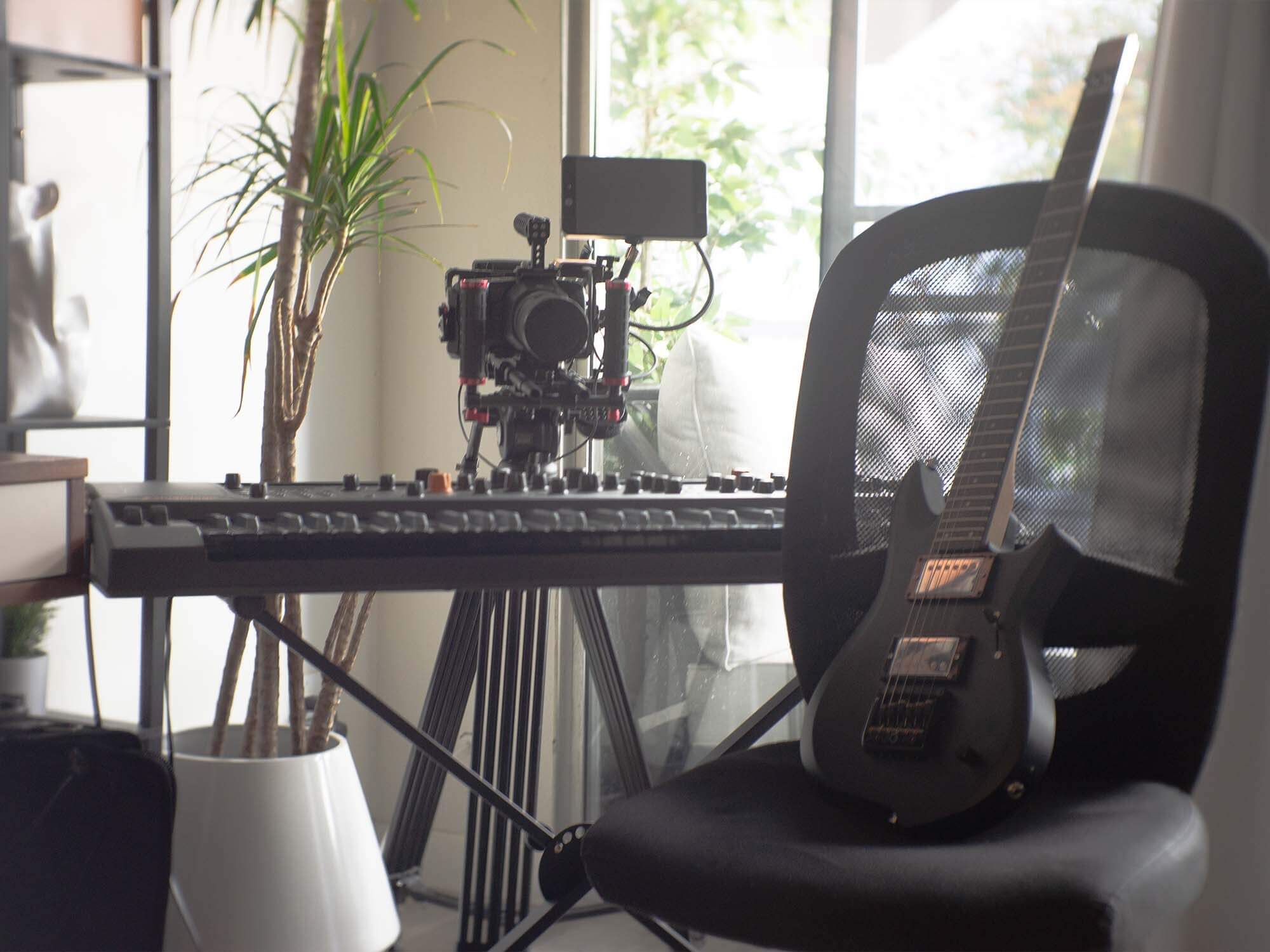 The included Jamstik Creator is a dual-purpose piece of software. It works as a calibration tool for the guitar and a soft synth in its own right, and the calibration elements of the software are invaluable. Creator allows the user to view the sensitivity of the signal coming in from each string via the MIDI pickup and the very precise tuning information from each string to calibrate the instrument for maximum effectiveness. The sensitivity settings are a two-way signal and are affecting the software in the guitar and are remembered even if the Creator software isn’t used.

The other element of the software is the built-in soft synth. This takes advantage of MPE information and allows individual string bends or vibrato to affect only the relevant MIDI note. The choice of sounds available are all in the slightly more upbeat EDM vein, but there are plenty of usable softer synth sounds within the library, and the use of some gentle vibrato as one wobbles the string brings the parts to life. The library has all the key synth functions, so if you want to do some sound design and save your own sound, you can. 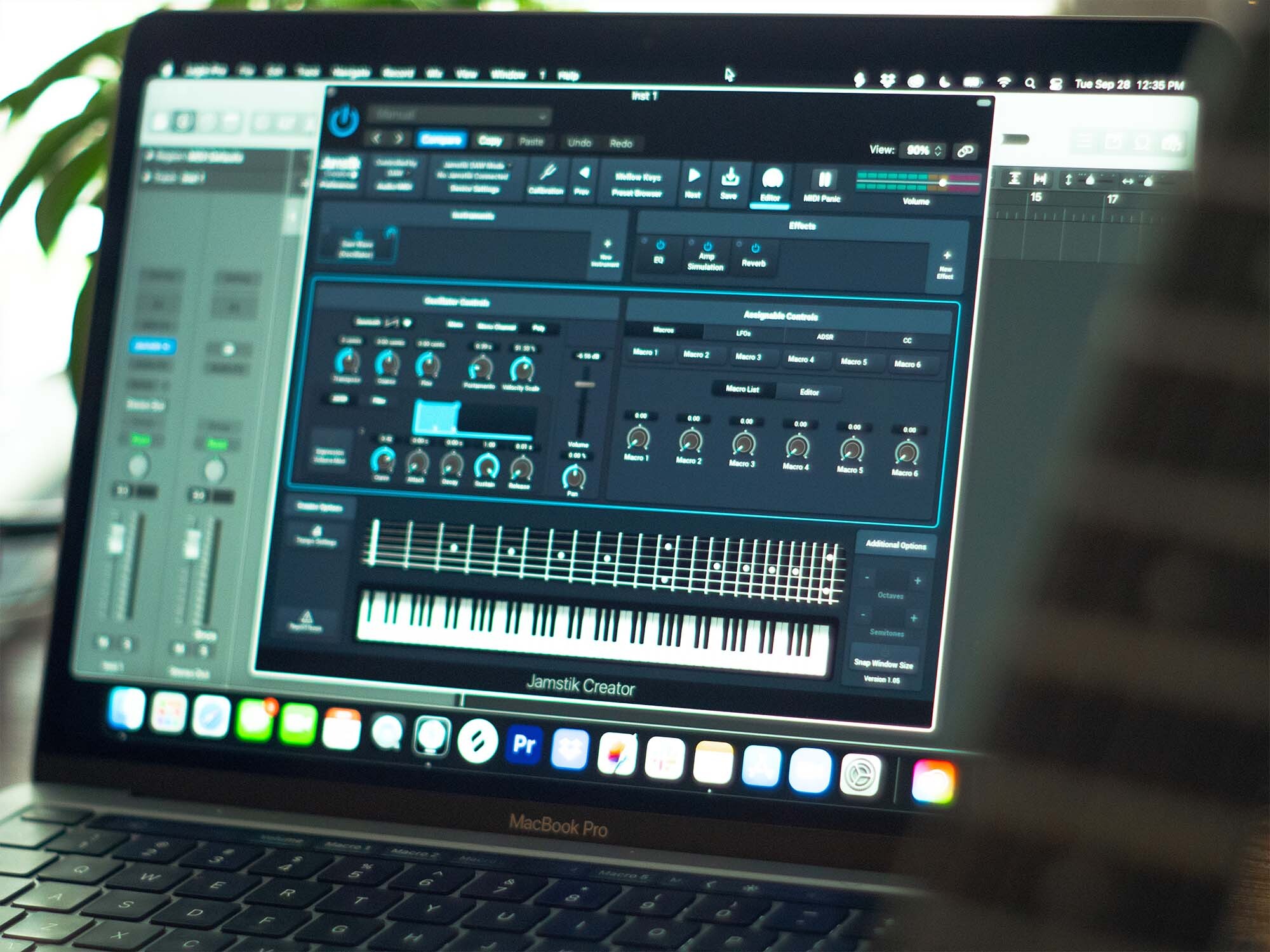 The Jamstik Studio is an incredible instrument. The guitar itself is adequate but doesn’t have enough character to replace your main six-string. However, the MIDI capability and integration make this an essential instrument for the studio of any musician that plays a bit of guitar. Even if you aren’t an amazing guitarist, playing MIDI parts on a different platform opens up so many inspiring musical ideas. The Jamstik Studio may feel a little expensive, but with the instrument in your hands, you’ll find yourself immediately inspired to make music – and it’s difficult to put a price on inspiration. 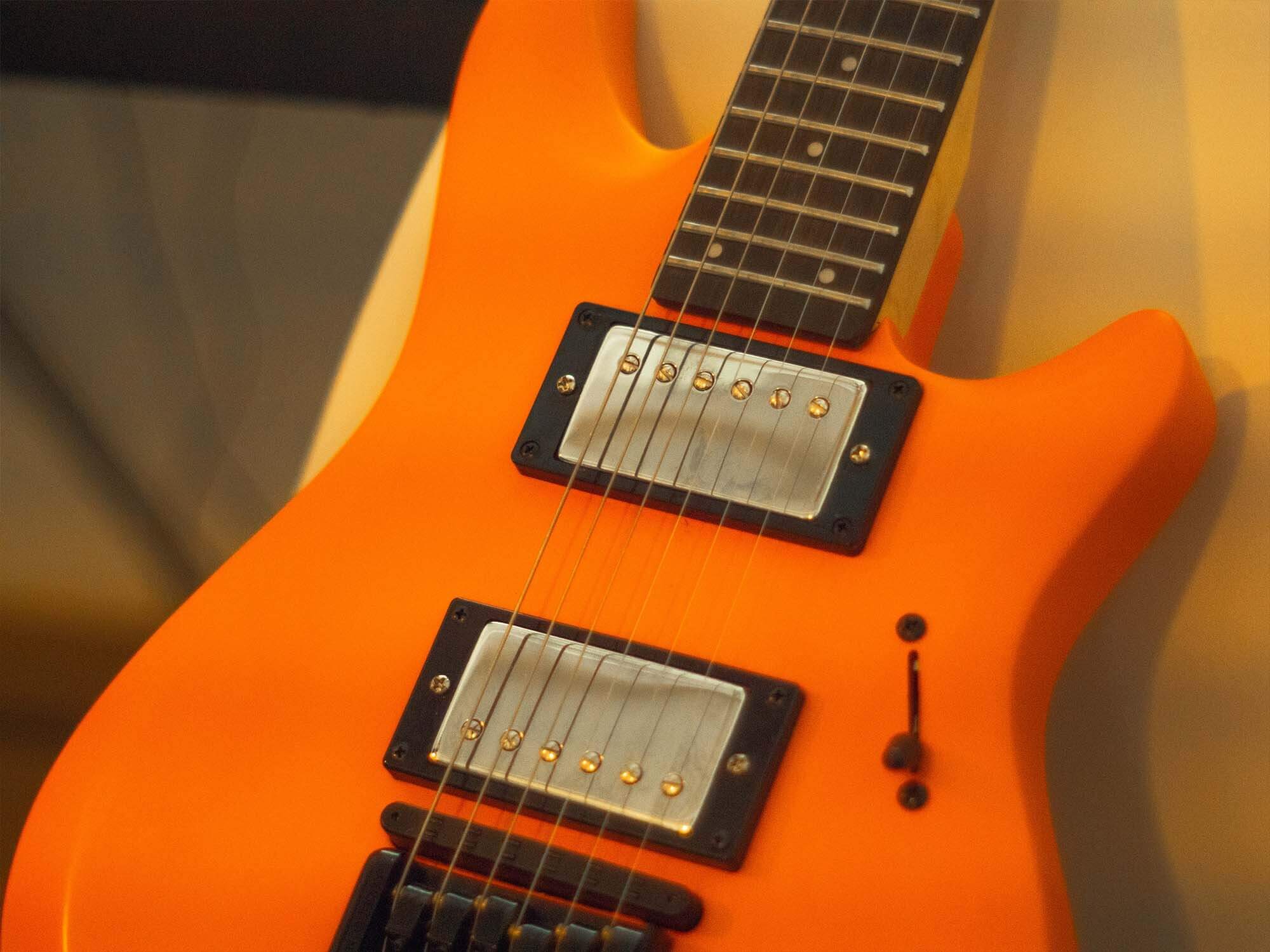