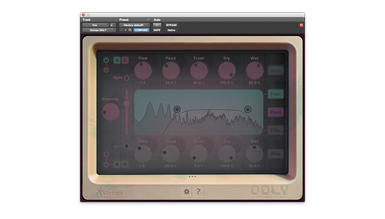 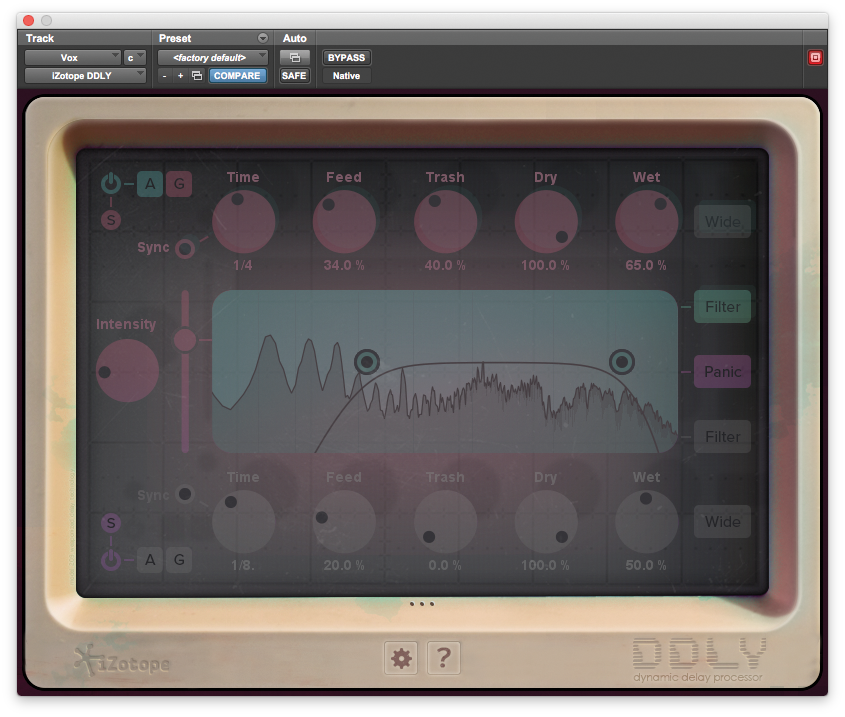 Every mix engineer will have a selection of instant go-to delays, often on preset sends in their mix templates ready to quickly add depth to a sound. But occasionally, what you need is something a little more creative than a quick go-to quarter-note or dotted eighth delay, no matter what saturation options it offers.

One From the Top

This kind of control offers up many creative opportunities for the mix engineer, adding rhythmic complexity to drum loops, and helping to add character to a lead vocal.
The DDLY colour scheme takes a little getting used to, but the interface is easy enough to find your way around, placing all the parameters on a single page.

The two delay lines are split onto the top and bottom of the interface with a window in the centre, which shows the frequency spectrum in real time with filters superimposed over the top.

Confoundingly, iZotope hasn’t included any presets with DDLY, nor has it made it possible to save your own presets. Instead, there’s an old-school recall sheet on the website. While this does encourage you to experiment more, rather than relying on a few staple tricks, it does seem like an unusual oversight. 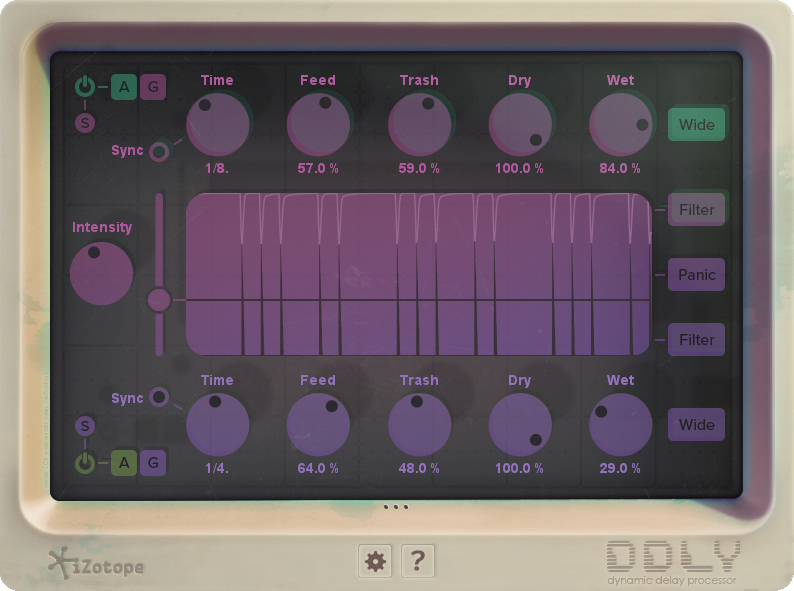 To get ourselves started, we added an instance of DDLY as an insert on a lead vocal and bypassed the bottom delay line. We then set the Dynamic Threshold down at the bottom (-60dB). In this setting, DDLY behaves as a standard delay unit, with all the signal being processed by the top delay. This is a useful starting point for setting the basic delay parameters.

The delay lines can be toggled between two different delay algorithms. The first is a lo-fi analogue-delay emulation, with analogue-style smearing and degradation, while the second is a digital granular delay with control over the grain size and pitch.

Once we’d decided on a simple analogue quarter-note delay with some subtle saturation (or Trash, as it’s known in DDLY) and dialled up the feedback, we began to dial up the Dynamic Threshold until only the louder parts of the vocal were being fed to the delay line.

This gave us a clean performance, in which most of the vocal was unprocessed, but the loudest parts were delayed, providing additional emphasis where it was most needed.

Engaging the bottom delay, we were able to create a more subtle eighth-note delay, with no feedback, and more extreme filtering. This delay was added to any signal which failed to pass the threshold. The result was that we gave the body of the vocal some depth without requiring any reverb, and without muddying up the mix with too many repeats.

You can make your own version of DDLY by adding a gate before a delay send. This will only allow signals that fall above the threshold to be passed to the delay. Getting a similar send for the signals below the threshold is a little more difficult and would require inverting the polarity of the gated signal and feeding this back into a second delay send to remove the louder signals. 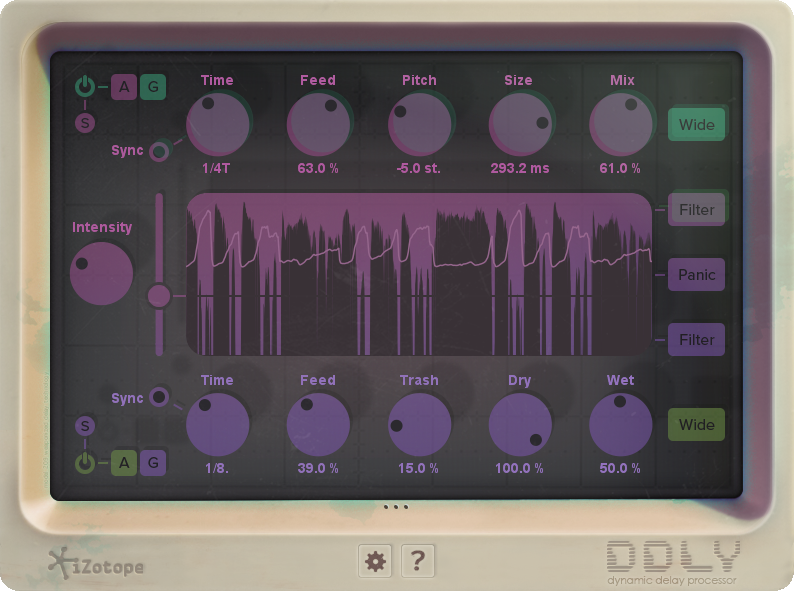 On The Grain Train

The granular delay algorithm can be used to get some incredible and unusual sounds, especially with automation of the pitch and grain size. Drum loops processed with this algorithm can be brought to life – and then destroyed again. Try automating the pitch down just as you’ve captured a kick in the delay line:` as it repeats, each kick will be pitched lower and lower for a modern twist on the slowing-tape effect, but perfectly in sync with your beat.

DDLY is a lot of fun to use in the mix. If you’re just looking to add a simple delay part, there are obviously faster ways to get there, and we won’t be throwing out any of our other delays in favour of it. But the ability to process signals based on their dynamics without having to resort to side-chains or gates means this is likely to remain a permanent part of our mixing setup for some time to come. 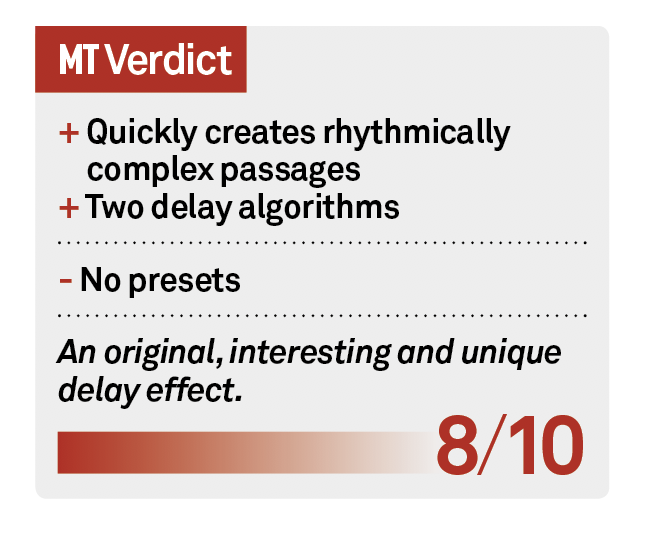