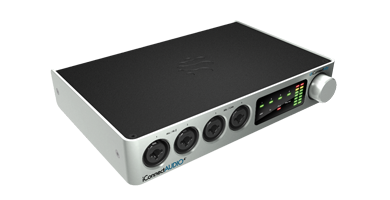 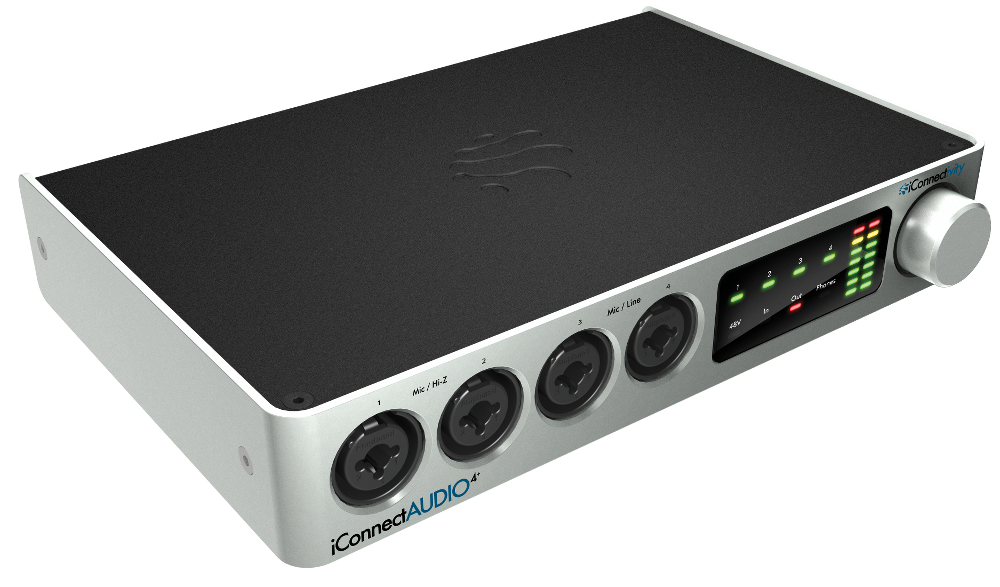 When it comes to music making, an iPad can be a very liberating tool and, with the right software, can be used as an instrument or as a DAW. The touchscreen interface often makes for a far more intuitive way of working and playing than a keyboard, mouse or even MIDI controller.

And this opens up potential for creativity in the studio, so long as the tablet device can interface with the rest of the studio equipment, which usually requires a simple audio/MIDI interface.

On the face of it, this is all the iConnectAudio4+ is. It provides up to four channels of audio in and out of the device, as well as MIDI over traditional five-pin DIN and USB.

This alone is a fairly impressive set of spec, but perhaps the most interesting thing about the iConnectAudio4+ is that not only can it interface your iOS device with your studio equipment, but it can also interface with a Mac or PC simultaneously, and – most importantly – therefore allows audio and MIDI to be sent directly between the iOS device and the Mac/PC over USB. This means that no D/A or A/D conversion is necessary for audio.

Alternatives
While there are plenty of audio interfaces for the iPad, such as the excellent Apogee Duet, the iConnectAudio4+ is unique in enabling you to connect to both the iPad and your Mac/PC at the same time, streaming audio from one to the other.

One box to rule them all
The front panel of the iConnectAudio4+ houses four combo XLR/TRS inputs, as well as a rotary encoder and a small touch panel with visual LED feedback. The first two inputs can be used as either mic or Hi-Z inputs, while the second two are configured for use as mic or line inputs.

On the rear are three USB ports: one type-A – designed for hosting devices such as MIDI keyboards and drum pads, and two type-B – for connecting to iPads or PC/Mac computers. Of these two type-B ports, the first one can be used to charge an iPad. Also on the rear are two five-pin DIN MIDI ports, for MIDI I/O, four balanced TRS outputs and a stereo headphones output. All these I/O options create a wide variety of methods of routing audio and MIDI in and out of the iConnectAudio4+.

Inputs can be split or combined in almost any way you can conceive, making it possible to create a separate headphones mix, while duplicating the main mix across two separate monitor outputs.

Studio Central
In the studio, we used the iConnectAudio4+ to connect our iPad and Mac, employing the first two USB ports, and then to our MIDI keyboard via the USB host port.

We connected our monitor controller to the first two outputs, and used the second output pair for an outboard reverb, which also fed the line inputs of inputs 3 and 4.

Furthermore, we connected the MIDI out from the iConnectAudio4+ to the reverb, providing us with MIDI control of the reverb unit from inside our DAW. Inputs 1 and 2 were left free for microphones and guitar inputs as and when we needed them. 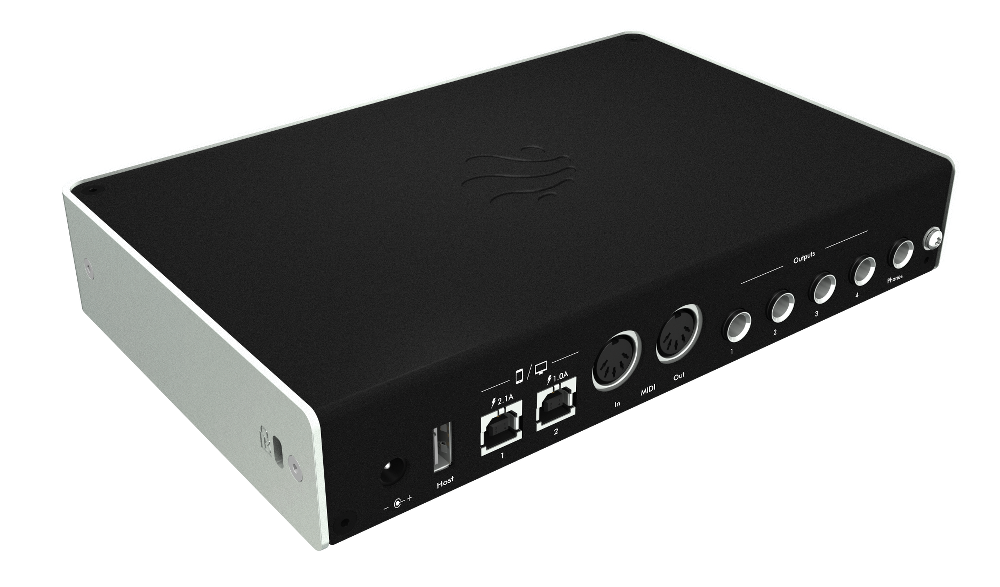 The great benefit of this setup is that it enables us to route audio into and out of the iPad as an effects unit, using applications such as Moog Filtatron or Sugar Bytes WOW2. This means we can work entirely from our favourite DAW, while still taking advantage of touch-based effects without having to run an analogue cable between the two, or worry about conversion degrading the signal.

The iConnectAudio4+ is a must-have device for any musician or engineer who wants to integrate their iPad with their professional studio equipment, incorporating it with an existing interface to get the best of both worlds. But more than that, if you are just starting out in audio the iConnectAudio4+ could make a great first interface to link all your studio gear without even needing another interface at all. 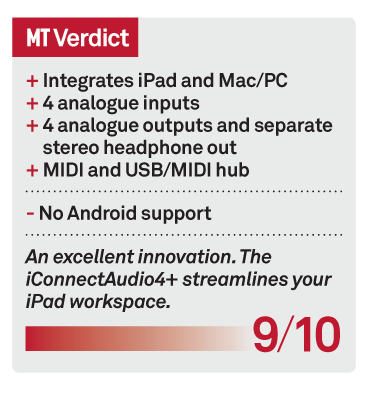