Sometimes you need tactile control to get the very best mixes. Hollin Jones road tests the QCon Pro… Details Price  £399 Distributor Synthax Contact info@synthax.co.uk Web www.iconglobal-europe.com www.synthax.co.uk As powerful as software becomes it’s still nice to be able to get hands-on with your projects when it comes to tracking and mixing. USB DAW controller […] 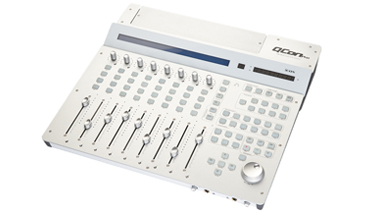 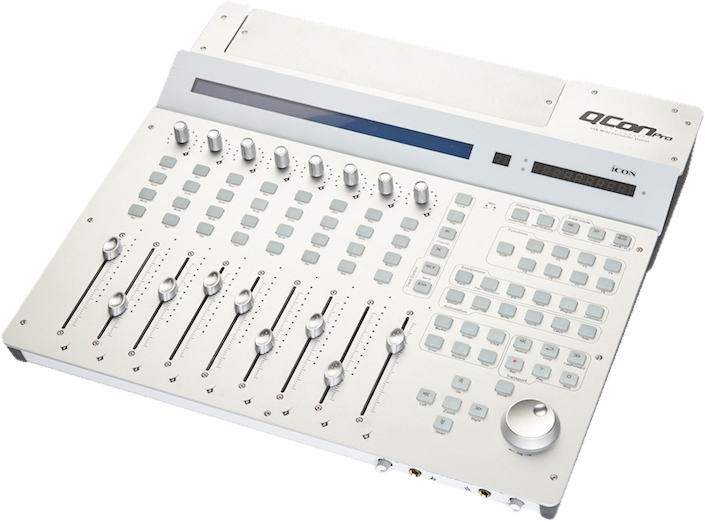 As powerful as software becomes it’s still nice to be able to get hands-on with your projects when it comes to tracking and mixing. USB DAW controller devices remain popular and have also generally come down significantly in price since they were first released.

Icon makes a number of these kinds of devices, and the QCon Pro is at the higher end of its product range. A comprehensive DAW controller, it has many features that not so long ago would only have been found on a much more expensive unit.

The QCon Pro is quite big and heavy, designed to sit on a desk rather than be carried about. It’s very solidly built in brushed aluminium and looks sleek and professional. It comes with a power supply and connects to your Mac or PC over a single USB cable. There’s no need for a driver as it is class compliant and works with all recent versions of OS X and Windows.

The first thing you need to do is put it into the mode of the DAW you want to control. Many big hitters are supported: Logic, Cubase, Nuendo, Pro Tools, Samplitude, Live, Reason, Reaper and Studio One. Plus there’s a MIDI Learn mode for making assignments to software that isn’t directly supported.
Set up is fairly simple – you just need to check which protocol to use for your particular DAW. Most use the Mackie Control preset and Pro Tools the HUI preset, so once these are set up in the software you should be good to go. Logic Pro X and Live proved no problem at all and Cubase worked pretty well too, though some buttons on the hardware didn’t quite behave as expected. 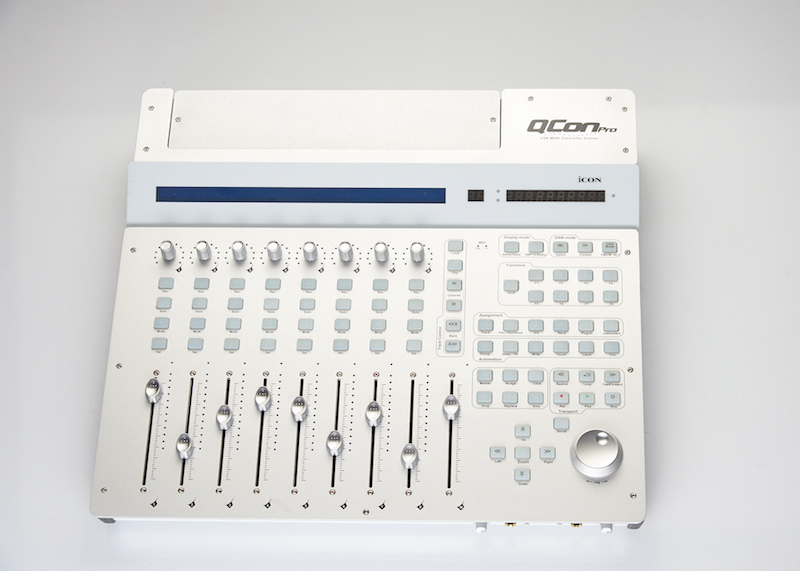 This could well be because it was Cubase 8, a more recent version that the device may not yet have been updated for. Firmware updates are possible, though at the time of reviewing none were available online. Since there’s such a variety of versions of the major DAWs out there, if you’re wondering whether your specific one is supported it’s probably best to contact Icon directly. Controls such as play and stop don’t really change, but developers do muck about with more esoteric MIDI controllers, which can cause issues until updates are forthcoming.

Audio in the Mix?

Around the back you’ll find two control pedal inputs and the USB port, and on the front there are two audio monitor outs with level controls. As standard these are not connected: they only come alive if you add the optional Umix 1008 Satellite, an audio interface expansion that can be fitted to the rear of the QCon Pro. With an RRP of around £219 the expansion board adds 8×6 analogue audio I/O at up to 192kHz down the USB cable, plus a software control panel. It’s an interesting option, and would turn the QCon Pro into a formidable all-in-one device. 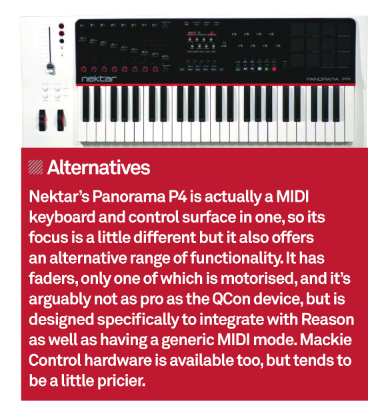 The top panel houses nine motorised faders which are eight channels plus one master. These are touch sensitive so just laying a finger on without moving it will select that channel in the software mixer. This is a nice addition as it means you can mix more ergonomically and intuitively without having to change a level just to activate the channel selection. There are eight encoder knobs with push-to-select that can function in a variety of ways, such as changing panning or other parameters, and 18 assignable buttons.

The large backlit screen is only two characters tall but does a good job of conveying information about what’s active and assigned. There’s a jog/shuttle wheel for navigation and transport controls of course, plus zoom controls with direction keys, automation, assignment and function sections for performing more advanced tasks such as changing window layouts. Each one of these is specific to your DAW but overlays are provided to help you more easily see at a glance what’s set up.

The layout is well-designed and communication between the hardware and software instantaneous. If you’re used to the mouse there’s inevitably a little readjustment needed when switching to physical controls, but it quickly becomes second nature. The ability to control a surprisingly wide range of DAW functions remotely is really useful, the faders feel accurate and motorisation is a real bonus.

As a MIDI controller this unit works very well, though you should double-check compatibility with your specific system for any DAW controller. Adding the audio interface component would be an interesting way to consolidate all your system I/O into one place. 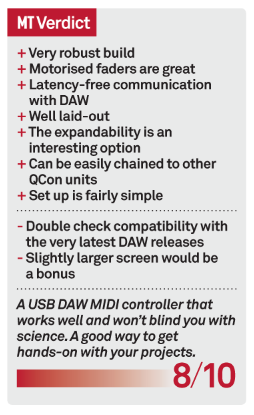