There’s nothing quite like waggling a fader or twiddling a knob to make you feel more in control of your music productions. We get tactile with iCON’s new G2 DAW controllers…

As someone who cut their teeth in studios that were built around an analogue mixing console, and where, if there were a computer at all, it would only be running a MIDI sequencer, at times, I still find myself reflecting on the astonishing music-making power that’s crammed into a modern DAW.

And while it’s no great revelation to say as much, the fact is that what we now get with an off-the-shelf product such as Logic Pro, Studio One or Cubase would have cost hundreds of thousands of pounds – not to mention have required a huge control room – in the pre-DAW age.

However, there remains one aspect of old-school studios that DAWs can’t deliver out-of-the-box: the immediacy and sheer tactility of working with the faders, knobs and buttons of a real, physical mixing desk. Some dismiss this as unimportant, or argue that the same results can be achieved using the extensive automation that DAWs are capable of, but I disagree.

Mixing a project using a mixing console can be as much of a performance as the musical (or whatever) performances that are being mixed. And just like in a musical performance, the human element involved in ‘playing’ a mixing desk allows for a lot of spontaneous creativity and expression, and even the odd ‘happy mistake’. Clicking around a screen with a mouse just isn’t the same.

The way around this, of course, is to use an external DAW controller. When such devices first hit the market they tended to be quite expensive, especially if you wanted a system with motorised faders and DAW-to-controller communications, rather than just a bank of ‘dumb’ MIDI faders and buttons.

Things have matured a lot now, though, and there’s a good range of options available for those who want a more hands-on experience when working with their DAW. More options have now arrived with the latest additions to iCON’s line-up of DAW controllers: the QCon Pro G2 and its extension unit, the QCon EX G2.

Taking a look around

The basis of the G2 system – the QCon Pro G2 – provides eight channel faders, along with a master fader and a whole panoply of Control and Mode buttons. The system can support up to 32 channels, in eight channel blocks, by adding up to three QCon EX G2 units.

Both models are of decent metal construction and have a reassuringly solid and weighty feel. The dark grey finish looks smart, especially alongside the colourful light-up buttons, and the inclusion of a meter-bridge-style raised rear panel lends an air of professionalism that can be lacking with some DAW controllers.

All faders are motorised and are touch-sensitive so that the controller knows when the user is trying to override any existing automation of the channel. The faders also all feature a 12-part LED level meter alongside the fader itself.

The units connect to the host computer via USB2 (one port per unit), and because they are MIDI class compliant, they do not require any additional drivers in order for the computer to recognise and work with them.

Using the included iMAP software, you can also configure your own mappings and control assignments, although there is no information in the manual or on the iCON website detailing how to actually do this, which is a shame, as it’s a much more complex task than setting up a few MIDI CCs.

The differences between the various supported DAWs have their biggest impact in the Master Section of the Pro G2, where the Control and Mode buttons reside. Here, the labelling is based on Cubase and Nuendo, but the unit comes with a set of vinyl overlays, one for each supported DAW, that can be placed over the Master Section buttons and shows the DAW-specific functions of each button. There’s also a blank overlay on which the user can write their own labels to match with any custom mapping they may create.

Focusing on the main unit, the QCon Pro G2, I find that each of its eight channel faders is accompanied by a bank of four buttons that control the Solo, Mute, Record Enable and Selected/Active state of the corresponding DAW channel.

Each channel strip is topped off by a rotary encoder surrounded by a ring of 11 LEDs that indicate the value of the corresponding parameter. The rotaries also have a button action when pressed, which provides further and deeper control possibilities.

Spanning the width of the channel section, and positioned on the raised rear panel, is a two-line backlit LCD display. This shows different information depending on the current configuration of the unit and state of the host DAW. While this is undeniably useful, the amount of space allowed for each channel is very limited and as a result, the display can become rather cluttered and difficult to read. Adopting a terse track-naming style helps, but displaying things like plug-in parameter names can be a problem.

The QCon EX G2 duplicates identically the Pro G2’s channel section, and allows you to add additional blocks of eight channels to a QCon G2 system. As mentioned, up to three can be added alongside QCon Pro G2, giving a total of 32 channels of control. No matter how many units you’re using, though, the channel faders automatically match with the channel layout in your DAW’s mixer, so the first fader will control the first channel in your DAW, the second fader the second channel, and so on.

The buttons labelled as being the single shift buttons actually step back and forth through sub pages of the parameters shown on the LCD screen, while the buttons labelled Page Up and Page Down, which you would expect to do this job, do something entirely different again.

There are a number of different Operating modes available, selected via the Assignment buttons on the right of the unit’s fascia. In some modes, such as Pan, the LCD screen shows the name of each channel, and adjusting a rotary control will adjust the pan (or whatever) of the corresponding channel.

However, in other modes, such as EQ or Insert modes, the screen switches to a single-channel view, with the various effect parameters arrayed across the entire set of rotary controls.

As well as its bank of channel faders, the QCon Pro G2 features a master fader for controlling the main output level of the host DAW, and to the right of this, occupying much of the remainder of the unit’s top panel, is an array of soft-feel, light-up buttons. Some, such as the aforementioned Assignment buttons, change the operation of the hardware, while others are all about controlling the host DAW.

The most important of these are located at the bottom of the fascia, clustered around the unit’s jog/scrub wheel. As well as providing transport buttons, this group of buttons can be used to navigate within the host DAW, select and move parts, zoom the DAW’s view, toggle the DAW’s Loop mode and so on.

The jog/scrub wheel itself is useful for fine-tuning the song position but, personally, I’ve never been a big fan of such wheel controllers, finding them finicky to use and prone to developing faults. That said, the wheel on the QCon Pro G2 feels solid and satisfyingly weighty, and it operated perfectly throughout my testing.

There’s also a bank of eight customisable function buttons. Functions are assigned within the host DAW, and each button has two ‘layers’ available to it, so a total of 16 functions can be assigned; the currently active layer of functions is switched via a button adjacent to the function buttons. Other customisable controllers are available in the form of footswitch ports on the rear panels of both the Pro G2 and the EX G2.

The Master Section is topped off with a few more mouse-saving buttons for performing undo, redo and save operations in the DAW.

Finally, an LED display showing the current song position – which is switchable between SMPTE and bars-and-beats timebase – occupies the meter-bridge area above the Master Section.

DAW controllers require so many different buttons, knobs and modes in order to be able to access the plethora of parameters they control, that it can take some time to become comfortable working with them. The QCon G2s are no exception, and they aren’t helped in this by a manual that’s light on detail and can be somewhat misleading, nor by discrepancies between the labelling and function of some buttons.

Yet once you’ve played around with the G2s for a while, and become familiar with their foibles, they do really perform very well, and reduce massively the need to mouse around in your DAW which, after all, is the aim of the game.

The faders have a nice long throw to them, and are smooth enough when the motors are disabled (achieved via a quick button press), but when enabled, you’re often made aware of those motors.

This is especially the case when adjusting MIDI channel volumes and other lower resolution parameters while the faders are in Flipped mode, where you can feel the motors constantly trying to pull towards the nearest quantised value. This is a common shortcoming of motorised faders, though.

The solid build quality and ‘pro’ appearance stand as clear positives, and at around half the cost of the directly comparable Mackie MCU system, the pricing goes a long way to balancing the minor issues that exist. In short, the iCON QCon Pro G2 and QCon EX G2 are affordable, they do their job well, and they look good doing it.

Hands-on control over your DAW often trumps poking around on the screen with a mouse. It can also release a much greater degree of creativity and spontaneity than can be achieved by pre-programming and tweaking automation curves. Controllers of this ilk demand a certain approach to working with your DAW, though, and that approach isn’t for everyone.

However, once proficient in their use, working with a DAW controller goes at least some way towards delivering the hands-on feel of working with a traditional mixing console, while the dedicated transport buttons and direct access to other DAW functions is very satisfying, too. If you’re happy using a mouse to operate your DAW then this approach isn’t for you. Otherwise, these deserve your attention. 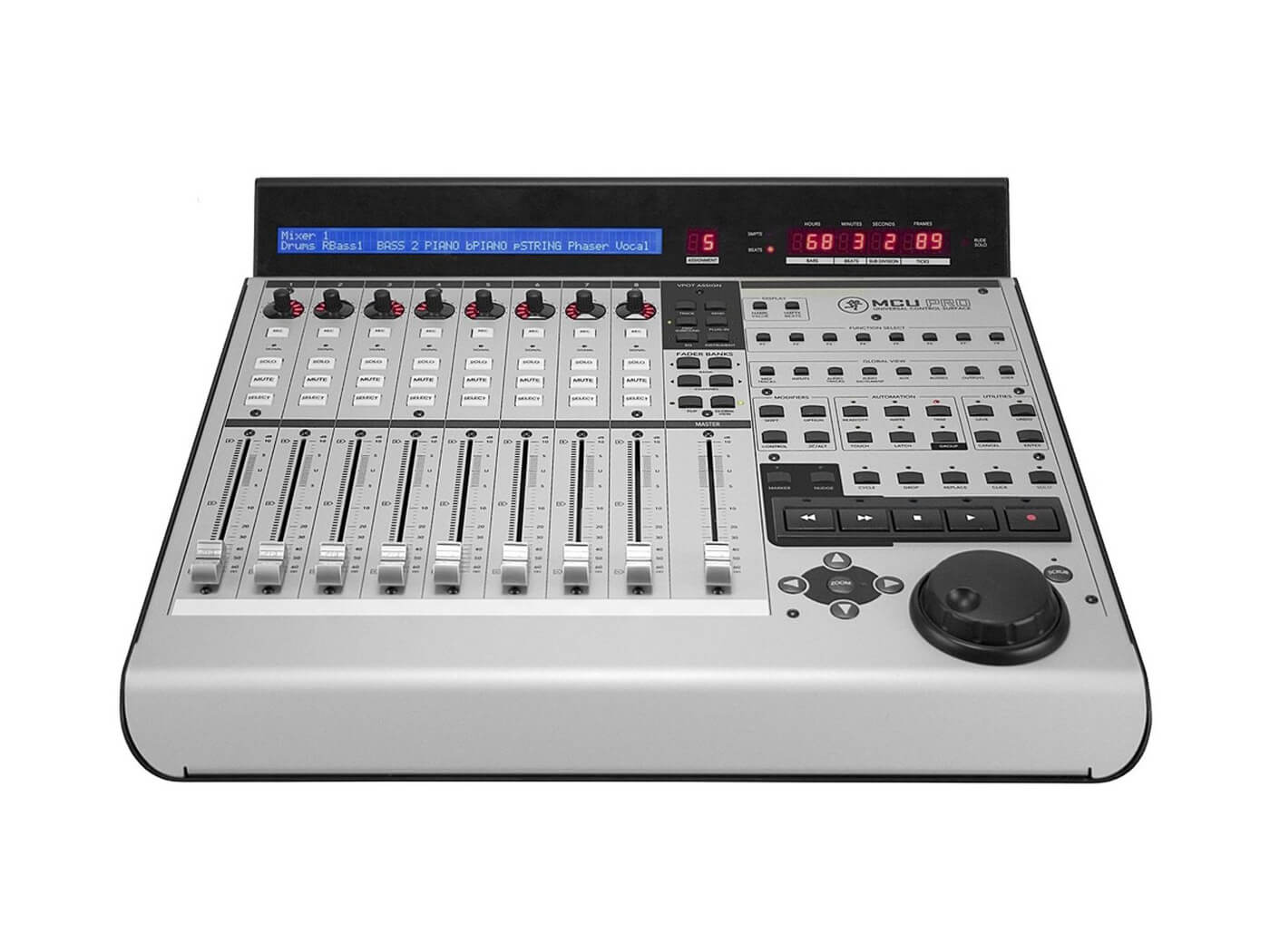 Mackie set the MCU standard that most modern DAW controllers now follow. The MCU Pro and XT Pro extension unit are equivalent to the QCon Pro G2 and Ex G2, although are arguably better laid out and a little more refined. 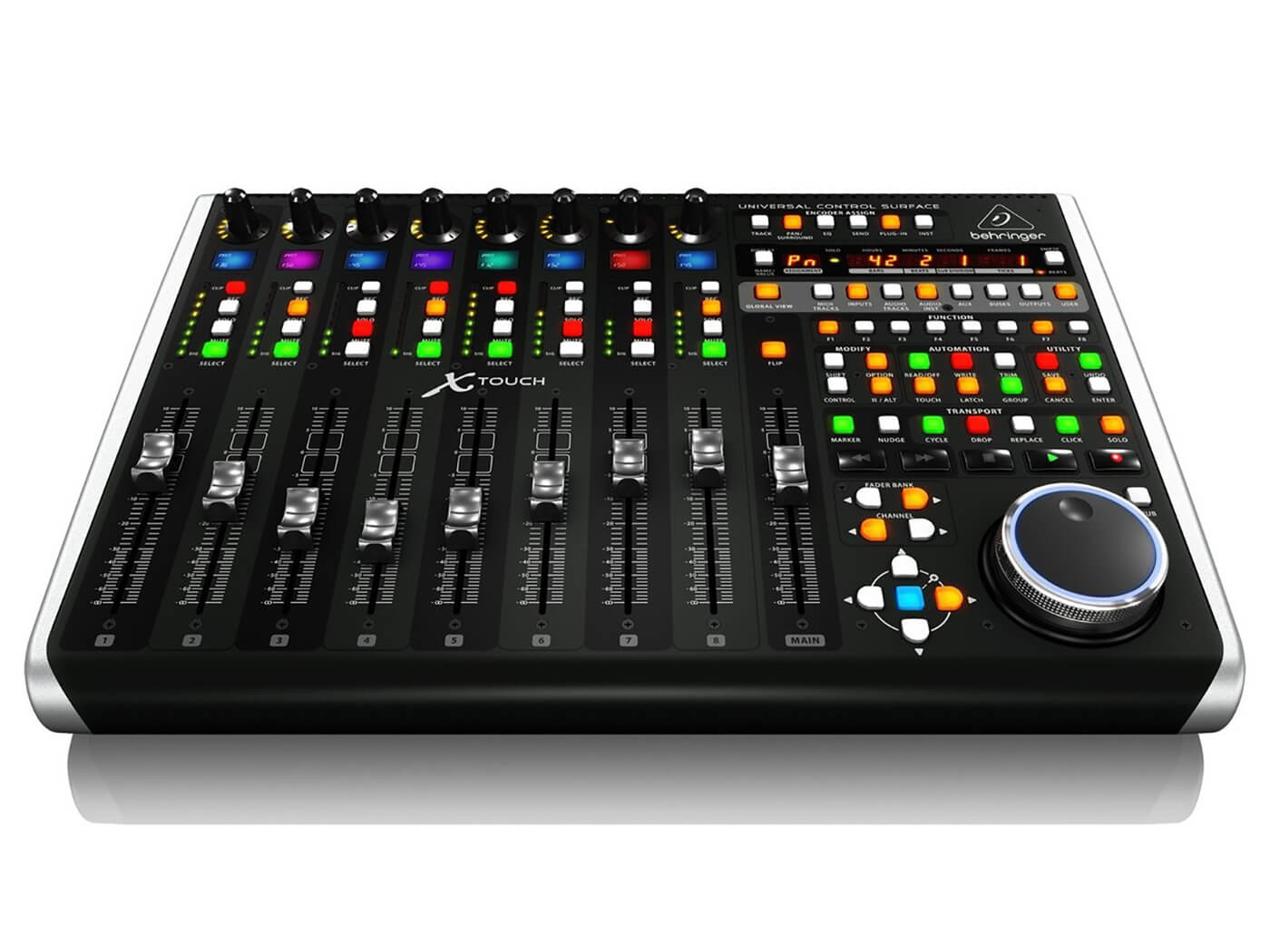 Another system that uses the Mackie Control and HUI protocols, albeit cheaper. As with comparable DAW controllers, each unit provides eight channels of controllers, and the main unit also has extra buttons for controlling the host DAW.