The need for libraries to create massive, attention-seeking trailer soundtracks is insatiable… Project Chaos will do them, and some. 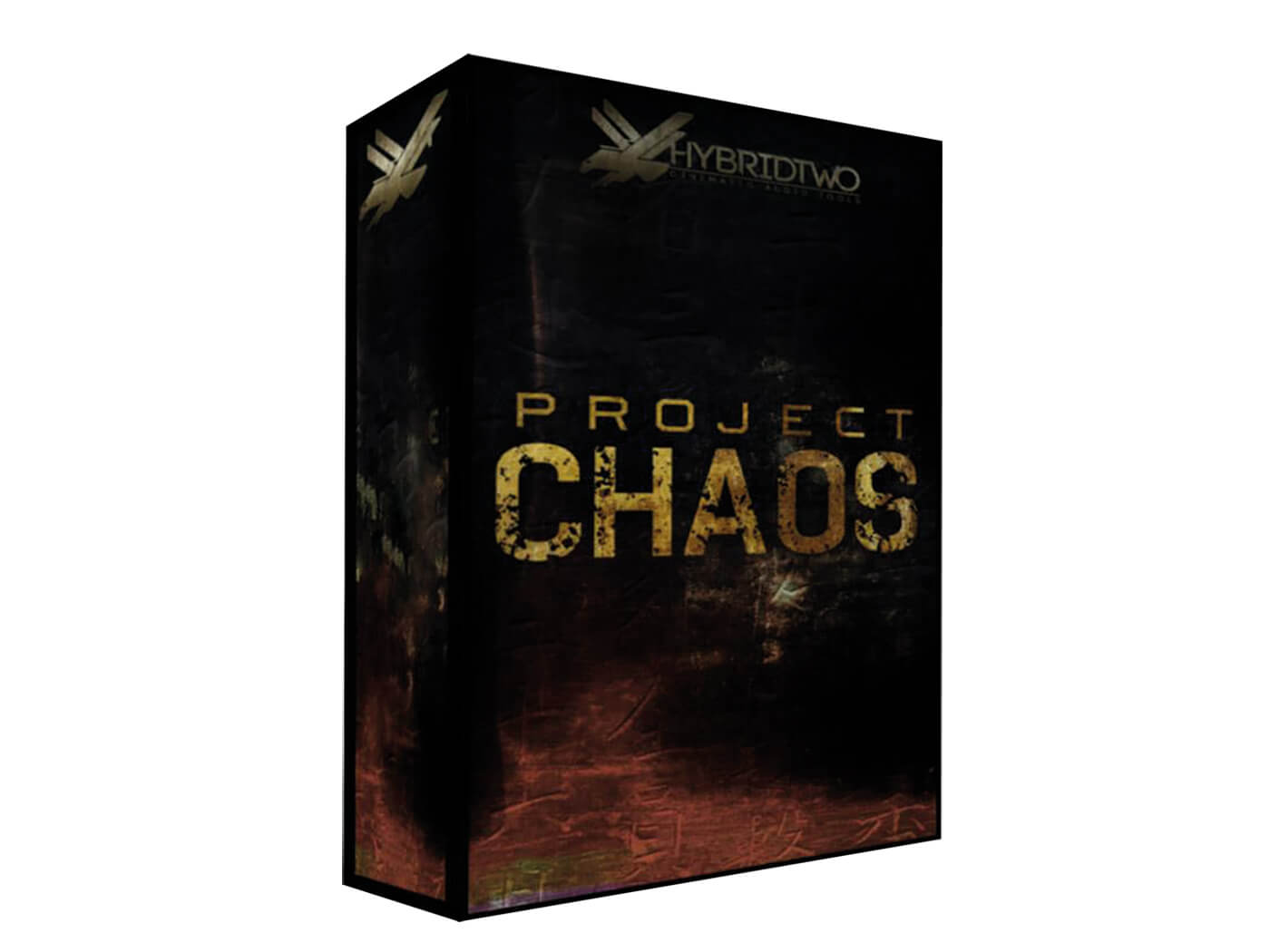 It’s fair to say that TV drama and cinematic composers can pick and choose from a vast array of sample collections and instruments to help them out these days. There seems to be something for any kind of music you could care to make: from the orchestral offerings from Spitfire and Sonokinetic, to the more electronic and atmospheric titles from Output, to the impressively out-there packages from Gothic Instruments – a fantastic variation in sonics.

Which begs the question: why does every bloody cinema trailer have the same ‘boom, shake the room, smash and grab’ soundtrack, not to mention the same guy doing the voiceover?

Well, that’s partly because the producers have only a small, fixed amount of time to grab your attention – so even the soundtrack to a trailer for a 17th-century costume drama sounds like a Terminator is going to appear any minute – and it’s partly down to so many companies now making these impactful trailer libraries. And that’s very possibly Hybrid Two’s fault… 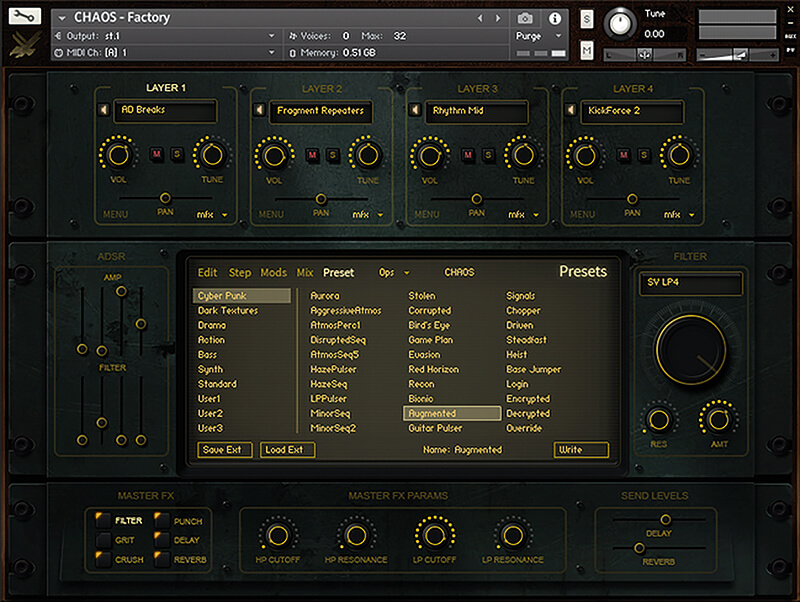 Back in 2013, the company released Alpha, its first title aimed at the trailer market. It was full of impacts, booms, reverse FX, rhythms and synth lines and we loved it. It was followed up in 2015 by Bravo and we heaped praise on that one too, concluding that it “continues to demonstrate Hybrid Two’s skill at producing impactful sounds.”

Three years later, the follow-up, Project Charlie, is with us, created by the sound design team of Daniel James and Aaron Frensley. Actually, no it’s not. Project Chaos is with us. (We’re guessing ‘Charlie’ didn’t have quite the right dramatic ring to it.)

And while it is still focused on those big, bouncing scores, there should be more to this than attention-grabbing headlines. With more user input promised, you should be able to twist and customise the results in your own way, so let’s get chaotic.

Hybrid Two’s previous offering have been relatively small downloads – just over a couple
of Gigs – as they are more about hits and effects, and Chaos is no different, weighing in at just 2.6GB. I downloaded it via the excellent Connect installer and if you haven’t already, you’ll need to update to the latest full version of Kontakt (5.8.1, at the time of writing).

Open Chaos up and you’ll spot four layers of sounds across the top of the interface, into
which you can load samples from 32 categories, including Hits, Breaks, Analog Loops, Impacts, Waveforms and a whole lot more. You can use drop-down menus to select each category and can step through presets within them via the left/right arrows on screen (where you can also select categories/parts).

Different samples can also be selected per category, via the blue keyboard notes on the Kontakt keyboard; the pink notes to their left will change the pitch, but only from the start of a sample.

When selecting sounds per-part, you can choose to sync the layers together to an adjustable tempo and then automate and adjust volumes to create quite dynamic sounds from the off. In fact, this is a real strength of Chaos, as you can automate a lot, and there are plenty of controls to fiddle with and record.

As well as the four-part layering, the rest of the screen is occupied with a Master FX section (bottom left) which has six types: Filter, Grit, Punch, Reverb, Delay and Crush. To the side of it, you get to control four main parameters per effect, so Filter typically has high- and low-pass cutoff and resonance parameters on display.

There are also filter and amp envelopes and a large filter section with plenty of low, high and band options. In short, there’s plenty to affect and alter the layers. It’s not exactly festooned with options on the surface, so it’s not too overwhelming; plus, there’s more beneath the surface, as we’ll see.

I’ll take a quick trip through the 32 sections that provide the base samples for Chaos and, as you might expect, there are loads of in-your-face, wake-me-up sounds. They veer from some dreamy, atmospheric sounds in sections such as Haze and Drones to great bashing hits and stabs.

There are plenty of loops that drift up to crescendos, or down to silence, very much like start and end cues. It also has a very industrial feel and is quite digital on occasion, largely thanks to some of the master effects, although, of course, you can lose these.

The analogue loops are a favourite – there’s quite a lot of variation here – but sections such as Fragmented Loops, which I initially thought I would love, as they made me sound like Gary Numan (late, not early) started to wear thin after a while.

While occasionally, some sections do sound like you’re stepping through someone’s specifically targeted sample collection –which is what it is, let’s be honest – I have to say that, over less than just 3GB, there is a lot of variation here, all things considered, and now we’ll take that up a notch…

You can delve a little deeper within the main-screen area to take you further away from the more obvious synth controls. There’s a Sequencer section along with an interesting-sounding Sub Sequencer. The main sequencer allows you to play arpeggiated patterns where you define the number of steps and how they play, but the Sub Sequencer lets you break each step down into further steps.

So you could, for example, have the first step change dramatically in tuning or volume very fast before it moves on. It’s a great level of complexity that you can reach that really moves the onboard sounds up a notch in terms of sound design.

The Modulation section, too, adds extra depth by way of four modulators – two LFOs and two sequencers – so you can vary parameters such as volume, tuning, resonance and filter over time.

The biggest change you can make to Chaos’ sounds, though, is to lose them altogether! By using the included Bank Manager app, you can create your own categories and fill them with your own samples and then use all of the onboard Chaos features on them. It’s like using the software as a giant effects engine, but with your sounds at its core. You’ll need  to spend some time doing it, of course, but I think this is the software’s key strength.

You could argue that, surely, the days of the big, brash trailer score are numbered, but, sadly, I can’t see that happening just yet. Attention spans aren’t getting any longer these days so, if anything, they are going to get even more hyped.

Used as is, Chaos will deliver all you want for these huge trailer soundtracks, however they develop in the future. It can get a little too in-your-face on occasion and some of its metallic edge might have you running for the hills, so it’s going to be quite a personal choice.

I for one am beginning to tire of those big trailers, but Chaos can certainly find its place in other walks of music making, notably industrial rock, techno and more atmospheric music, courtesy of those Haze samples.

You can, though, take the onboard sounds up (or down, depending on how you look at it) a level, as there are plenty of options not too far beneath the surface. But it’s the fact that you can build your own banks, effectively creating your own versions of Chaos, that I find most exciting, and perhaps where the real future lies. Use it for bluster, sure, but then experiment further, make your own Chaos(es) and re-invent the trailer soundtrack. Please!

If you want big sounds, there’s plenty out there to grab your attention so you can make music to grab everybody else’s. So it all depends on the kind of music you make, but Chaos has other tricks up its sleeve that mean you can turn away from the bluster and towards whatever you want. So it’s a great sound-design tool as well, which makes it even more appealing. 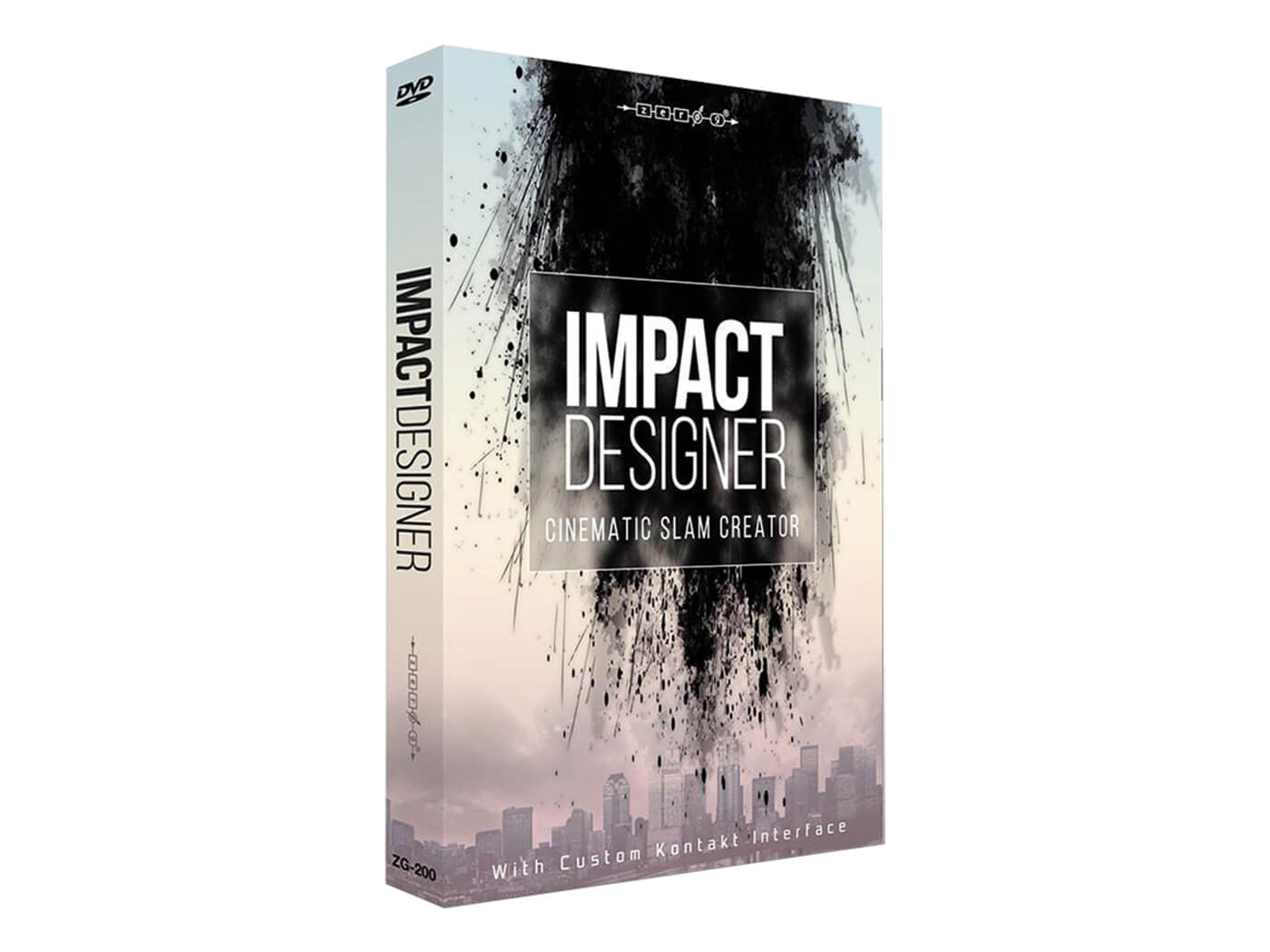 If you want the kind of in-your-face action that Chaos offers, this is possibly your cheapest option. Zero-G says it has enough control to change the 90 presets into 15 million combinations. We said ‘9/10’ in our review. 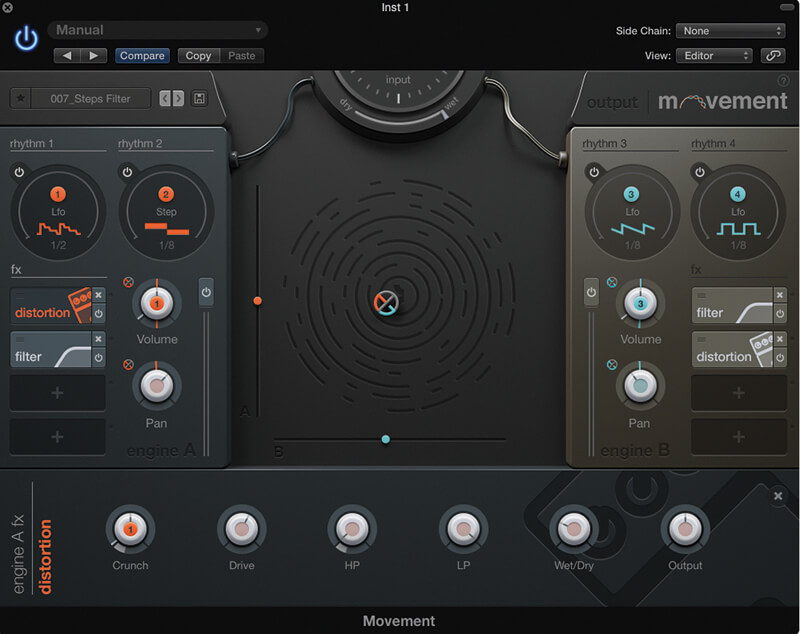 Chaos can be used as a giant effects engine, and Output’s Movement is just that. It has loads of rhythmic effects and processing to throw your own audio through – for exceptional results ‘when inspiration runs dry’.