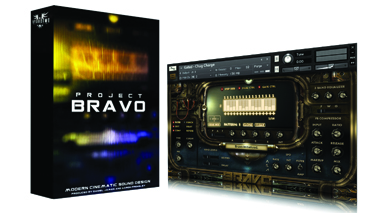 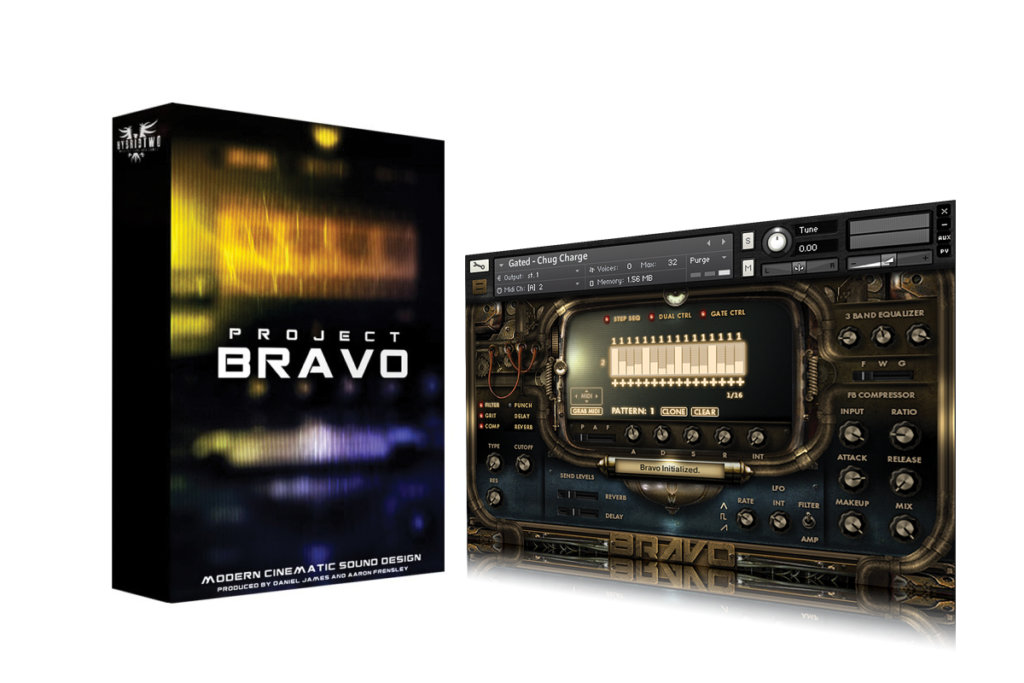 When we first took a look at Hybrid Two’s debut sample library – Project ALPHA – back in 2013, we were certainly impressed by what it had to offer. Rather than concentrating on the orchestral side of cinematic sampling, Project ALPHA put a distinct focus on contemporary sound design, including an array of trailer-friendly effects, transitions and drum sounds.

The power and creativity evident in Project ALPHA was certainly impressive, so we were eager to see how Hybrid Two’s catalogue might develop. With the release of Project BRAVO we finally get to see the next step in Hybrid Two’s vision, and it certainly looks an exciting prospect…

As with Hybrid Two’s first library, Project BRAVO isn’t an exhaustive strain on hard drive resources, taking around 2.5GB of drive space, although you will need a full version of Kontakt 5.3.1 to run the library.

Given that the majority of the sound content isn’t complex multi-sampled acoustic instruments, you can see why its use of hard drive resources is relatively modest. Hybrid Two’s efforts have clearly been expended in the individual samples themselves, alongside a powerful user interface that extends and adapts the sample’s inherent musicality.

Rather than reinventing the wheel, Hybrid Two seems to have stuck with the same broad sound categories that defined Project ALPHA: including Impacts, Booms, Risers, Downers, Reverse FX, Tempo Sync’d Rhythms and a variety of synth sounds covering arps, pads and basses. Certainly, it’s a formula that works, as it’s perfectly in sync with contemporary trends in trailer and film music. 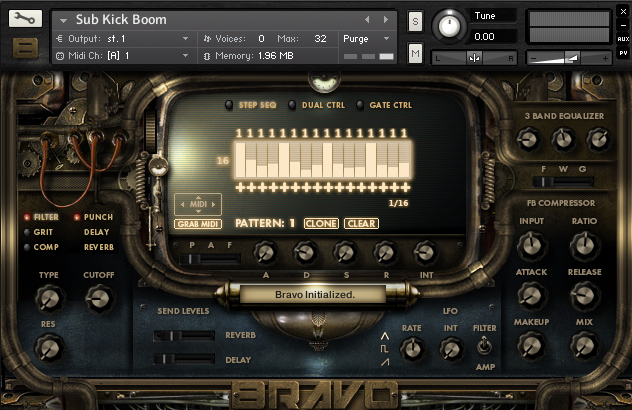 Ultimately, Hybrid Two seems to have a good handle on the key ingredients of cinematic sound design, with all the sounds exhibiting just the right amount of subsonic wobble, sonic impact and grit that makes them stand out from the crowd.

Arguably a big part of the appeal of Project BRAVO is its powerful user interface, which includes the usual array of sound-shaping elements and a variety of powerful step sequencing effects. It’s a pleasing incremental improvement on what Project ALPHA had to offer, and, as illustrated by many of the step sequencer-based instruments, a feature that’s been put to good use with the included sound content.

One pleasing inclusion is the MIDI export feature, which enables you to export a given step sequence as MIDI, making it incredibly easy to augment Project BRAVO’s output with other software synths, or other sample-based orchestral libraries. 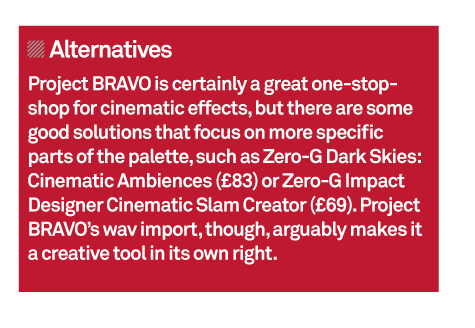 As with many contemporary sample libraries, the interface is certainly something that needs time to fully investigate and understand how to use properly. The multiple step sequencer paths, combined with dual filters and a gate make Project BRAVO’s interface a powerful and dynamic sound-shaping tool. While it’s a shame there’s no printable manual included with the download, an hour-long You Tube video manual should certainly be considered essential viewing, especially when you consider the possibilities of loading your own sample content into Project BRAVO’s interface.

Although it might have been interesting to see Project BRAVO diversifying from the palette established in Project ALPHA, there’s little doubt that the wisdom of the “if it ain’t broke, don’t fix it” mantra is certainly well applied in this context.

Existing Project ALPHA users that have made good use of the first library will certainly be pining for more material to play with, while new users will undoubtedly be impressed by the way Hybrid Two has developed and refined its original concept.

Ultimately though, all samples libraries can be judged by two key points – the creativity applied to its sound content and, even more importantly, the library’s musical effectiveness. In both these respects, Project BRAVO more than ably delivers, and has already made a significant dent on several of the tracks we’re producing at the moment. In a world apparently overflowing with sample content, it’s pleasing to see a small developer delivering creative content that stands out from the crowd. 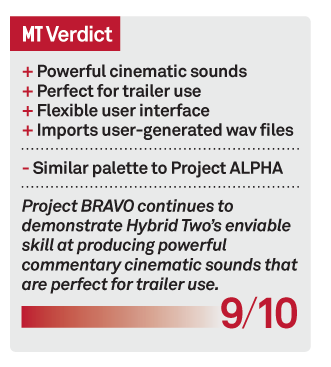