Libraries for soundtrack composers are at something of a peak in popularity. Andy Jones loads up Heavyocity’s latest, which uses vast swathes of hands-on control and customisation in an attempt to lift it well above the rest… Details Price  $449 Contact sales@heavyocity.com Web www.heavyocity.com It would be easy to think that today’s media composer – […] 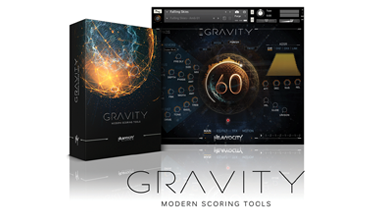 Libraries for soundtrack composers are at something of a peak in popularity. Andy Jones loads up Heavyocity’s latest, which uses vast swathes of hands-on control and customisation in an attempt to lift it well above the rest… 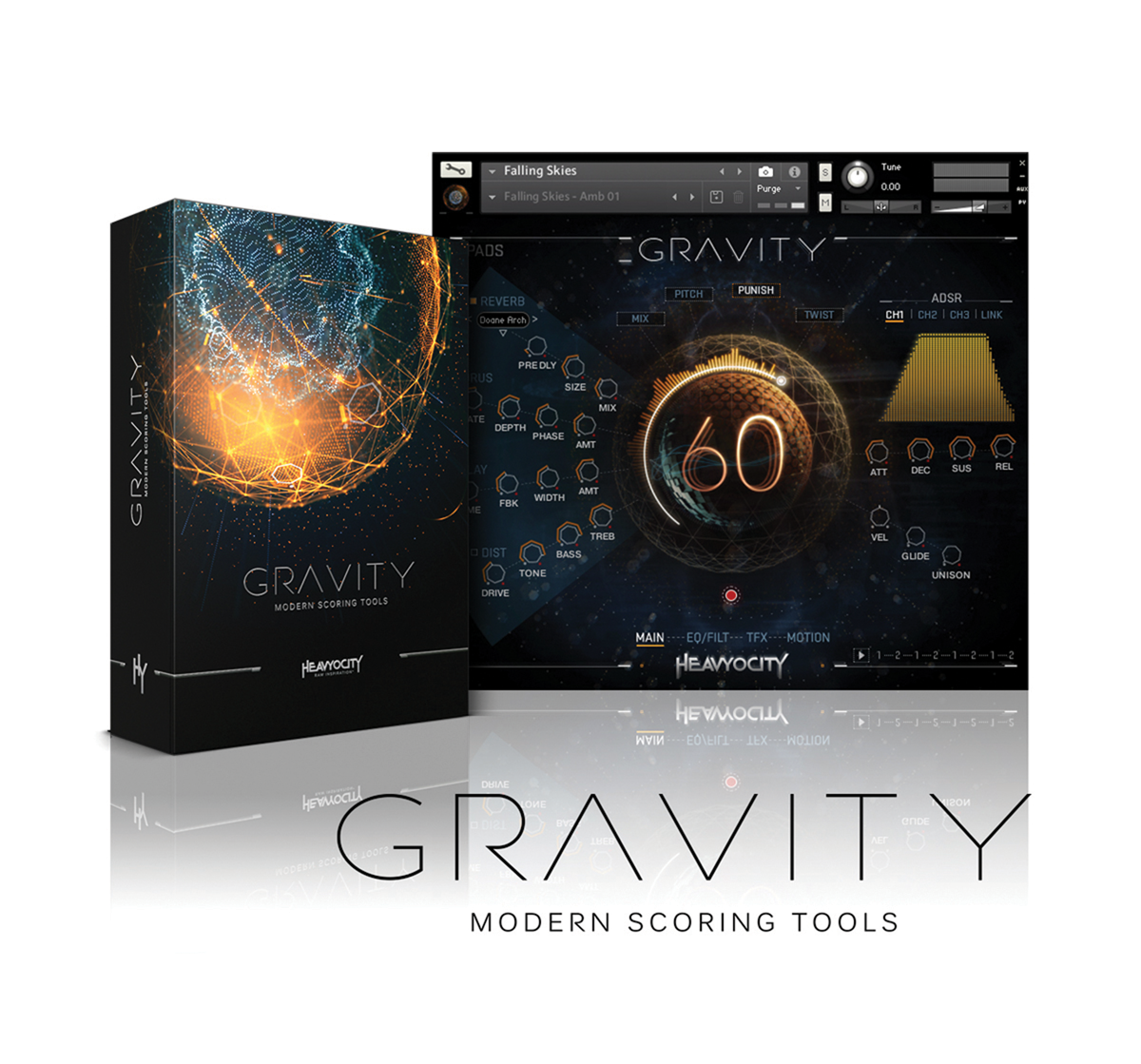 It would be easy to think that today’s media composer – that is a soundtrack producer for film, TV and video games – has it too easy. With libraries comprising gigabytes of data becoming 10 a penny (almost) and sample collections available online and every month with magazines such as MusicTech [you mean there are others? – Ed] the soundtrack artist has never had it so good. Or have they?

Yes and no. With so many collections of samples, loops and instruments available, the bar to entry is now so low that pretty much anyone can attempt to have a go at scoring film.

Like music production before it, everyone having the tools to do so is not necessarily ‘a good thing’. So, while there might seem to be more collections than ever being reviewed in MusicTech, each one is fighting for a unique position, or is – as Stella Artois used to claim – reassuringly expensive, to filter out some of the unwashed masses… 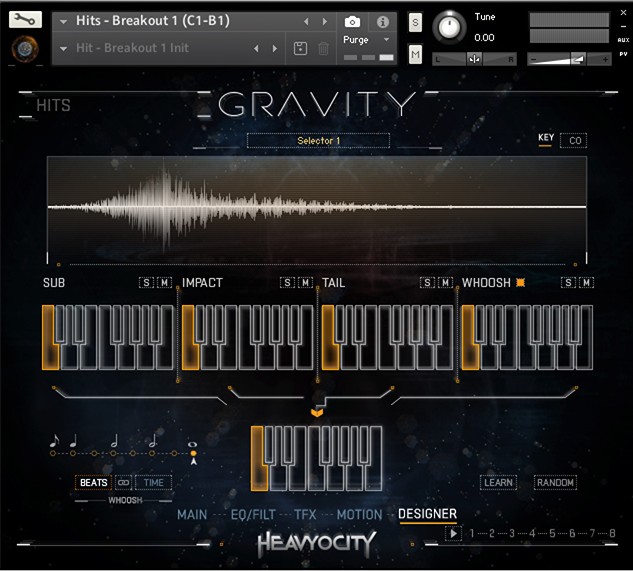 Rising Above
Heavyocity’s Gravity is a bit of both. With a price tag of $449, it is by no means the cheapest collection out there. And with more hands-on tweaking and customising tools available than your average collection, it is more of an active instrument than a passive library.

So while the aims and audience of the collection will quickly become obvious – think tension-building scores to back high-drama, horror, sci-fi, or anything needing atmosphere, basically – there is hopefully enough going on in the manipulation department to make Gravity more about being inspired than copying; it’s more about being the sheep dog than the sheep. Hopefully, anyway…

The Only Way Is…
Installation is via the Continuata installer, itself a small download and one that you paste your code into, select your destination and let the 12GB download do its thing. Gravity opens within Kontakt as an instrument, as normal, and you are immediately presented with some filmic sonic options: pads, hits, stings and risers; as each has a set of unique parameters, I should look at them in turn.

The Gravity pads comprise four descriptive types and the ‘Agressive, Ethereal, Experimental and Unnerving’ categories are as descriptive as it gets. Each pad comprises three layers, which you can tweak individually, in terms of volume, ADSR envelope, pitch and panning.

Each layer can be modulated with several parameters and shaped with an EQ page that has a three-band EQ and five filter types (with the cut-off able to be modulated by four parameters). This is just the opening salvo in Gravity’s hands-on control arsenal, offering familiar analogue-style sound synthesis over what we will see and hear are very non-analogue sound sources (despite many actually being created on modular systems).

The second section has 48 hits, and you get four parts: Sub, Impact, Whoosh (swell) and Tail with which to create them, as well as a ‘Hit Designer’ to combine them. There’s also a Random button that is great fun for some fast creativity. Again, the individual parts can each be EQd on a separate page. The third section is for stings, and contains more than 450 atonal, tonal, reverse, sweep and metallic effects.

They are set out in tuned menus for easy audition, and can again be EQ’d (and filtered) and have envelopes edited. The final section comprises 72 hybrid risers and 45 orchestral risers, which are tempo synced with three layers: Hybrid/Organic, Synthetic and Effects. The hands-on editing features here are similar to the pads section, with volume, panning, EQ, etc, plus a designer page for the three layers. So this all sounds great in theory; how about in practice? 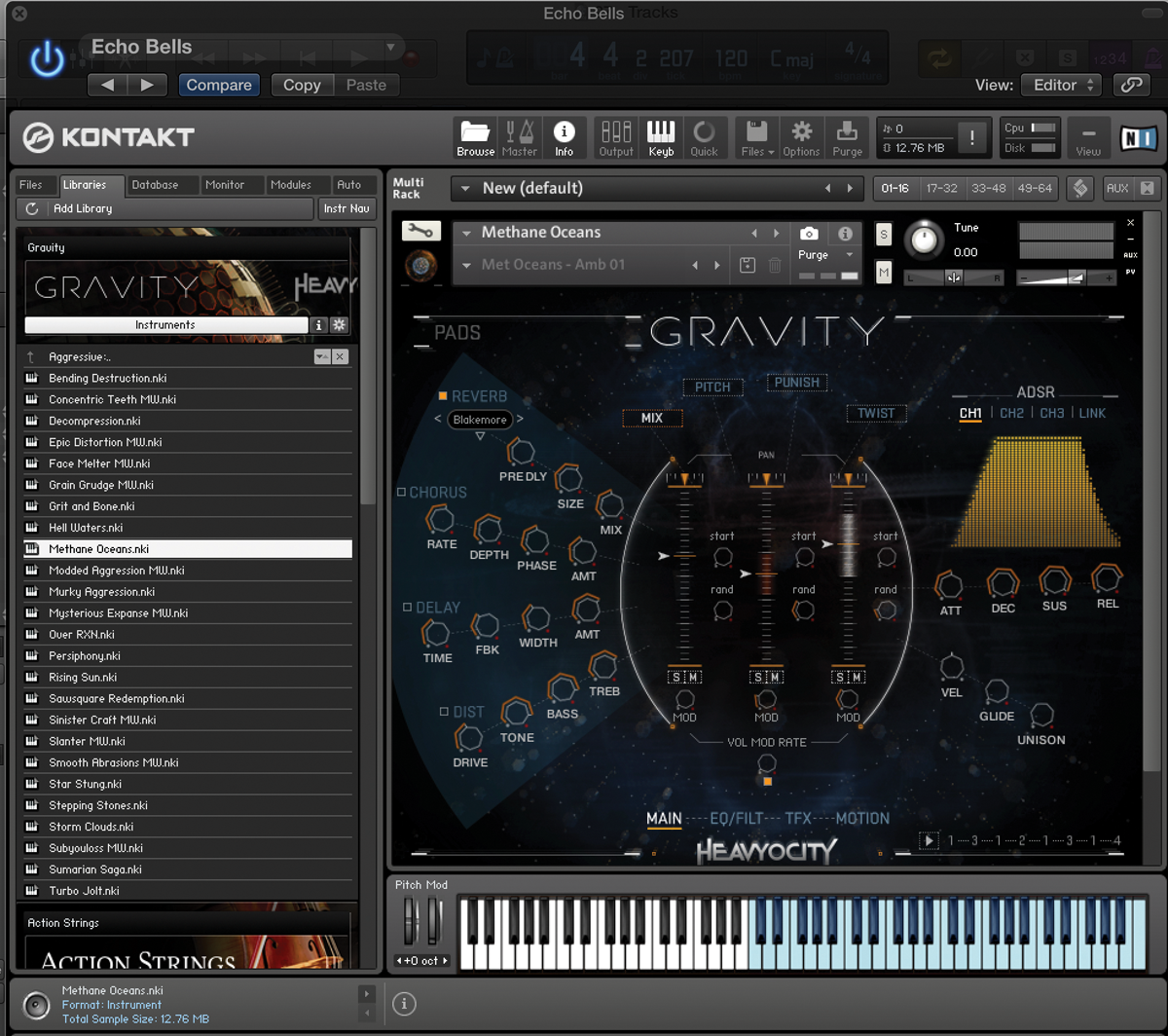 1: Gravity: Pads Screen – Within the Pads section, you can adjust the levels of the three parts (centre), effects (left) and ADSR (right) 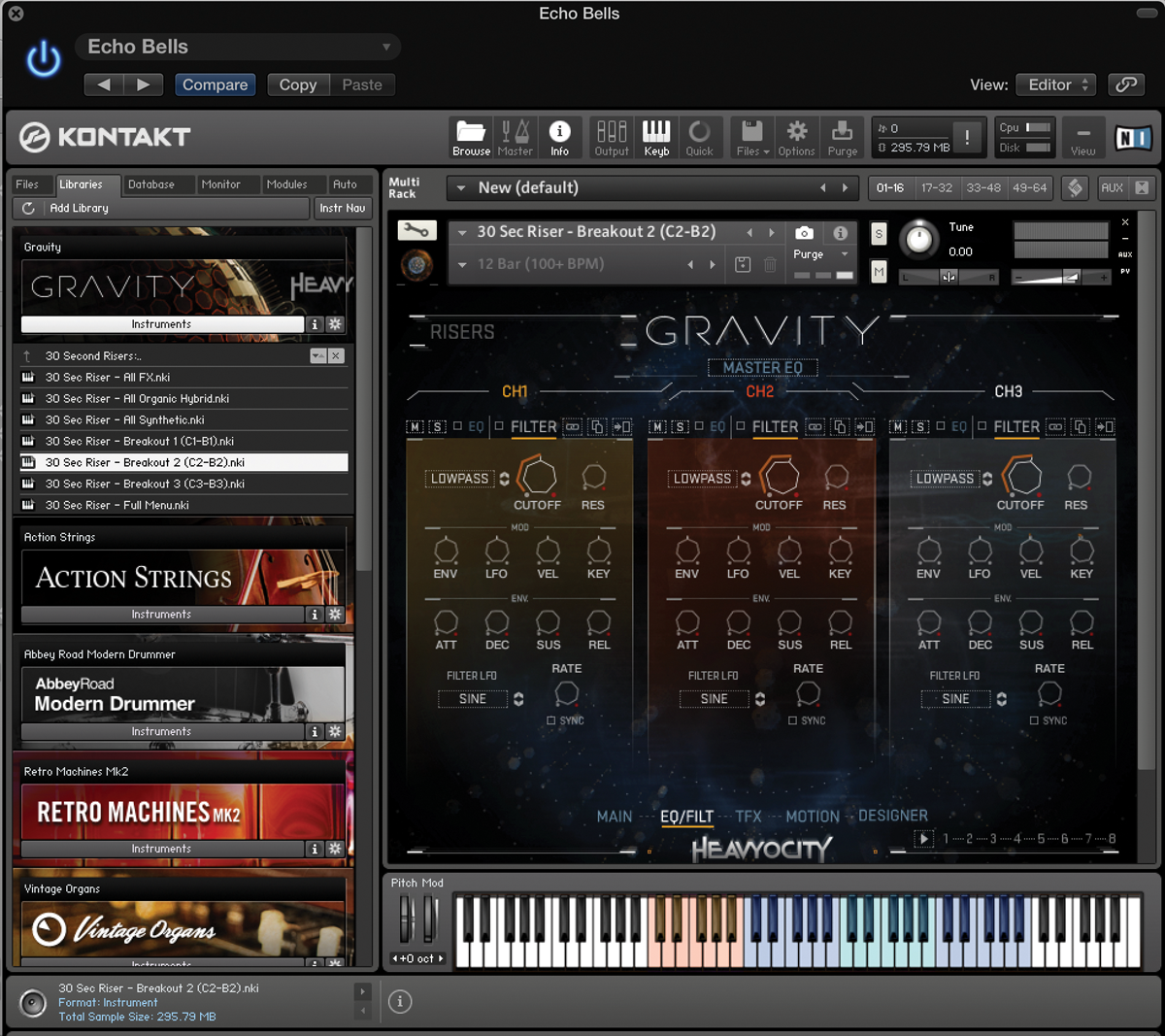 2: Gravity: EQ – All sections have EQ and filter options. Here are those for the Pads, allowing access to the three parts. 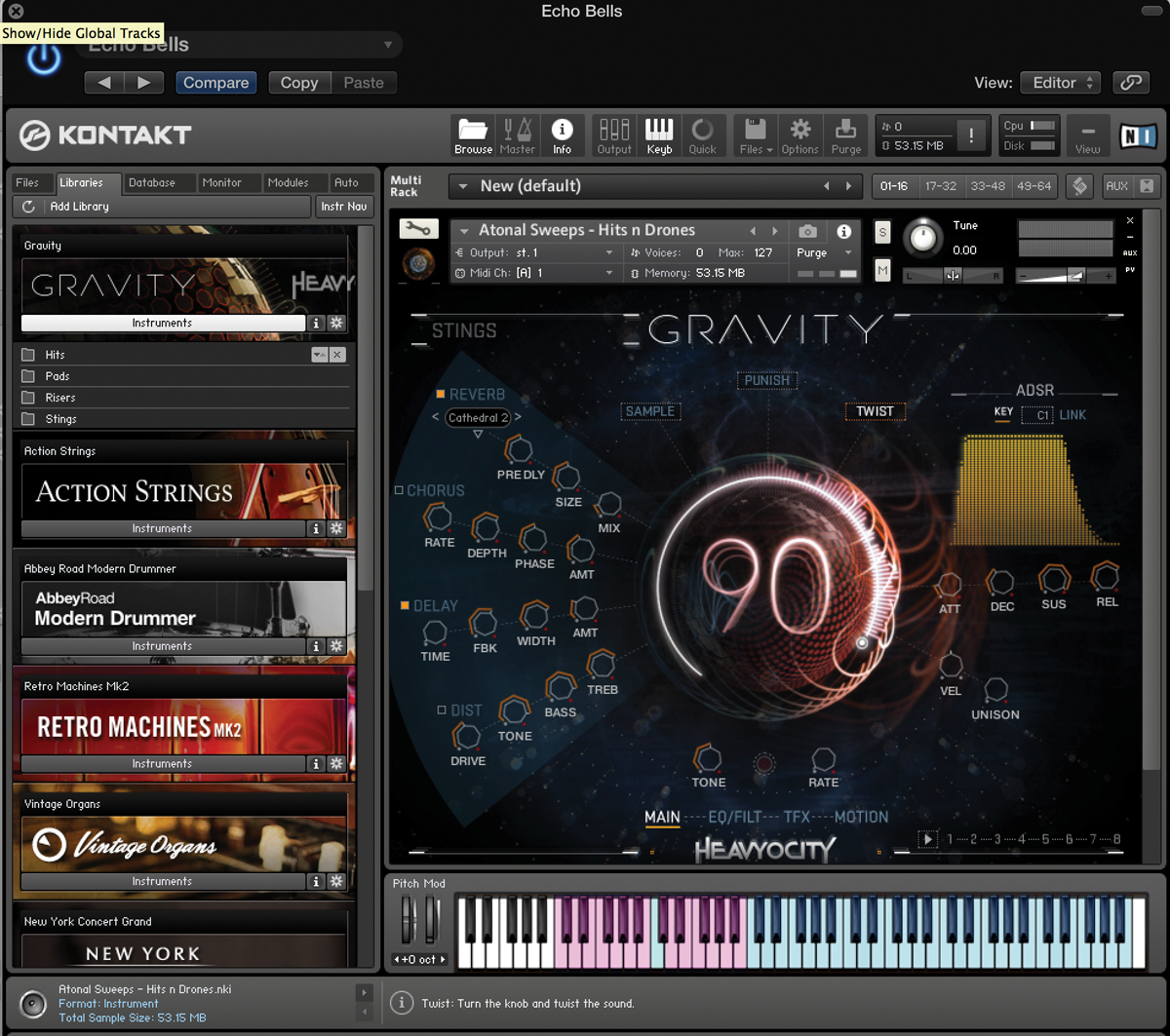 3: Gravity: Punish & Twist – Two massive controls allow you to sweep through a bunch of parameters with one big dial 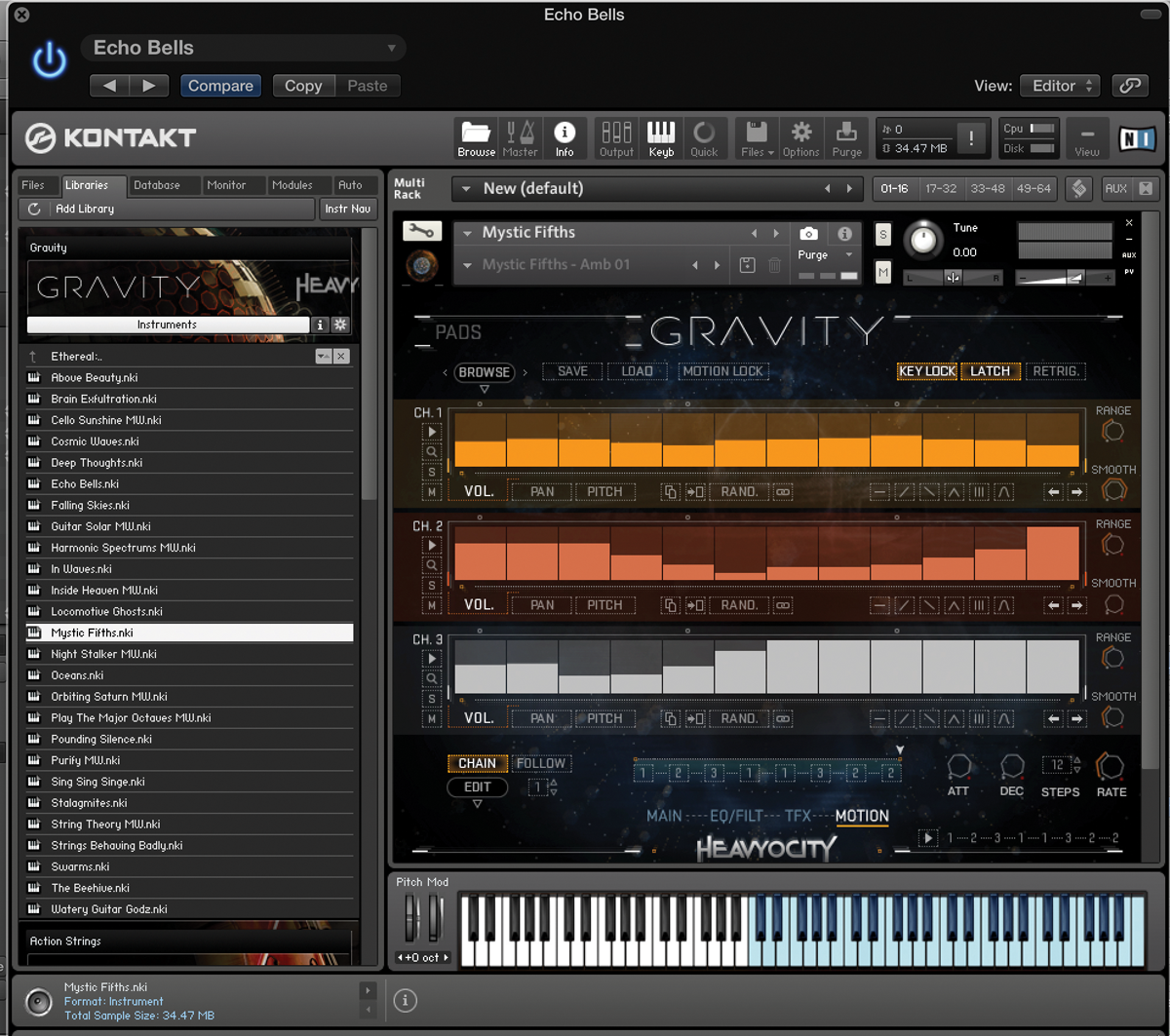 4: Motion: The Parts – Gravity has a very neat Motion section, which – especially for pads – provides a great way to alter a sound’s pitch, pan or volume over time. 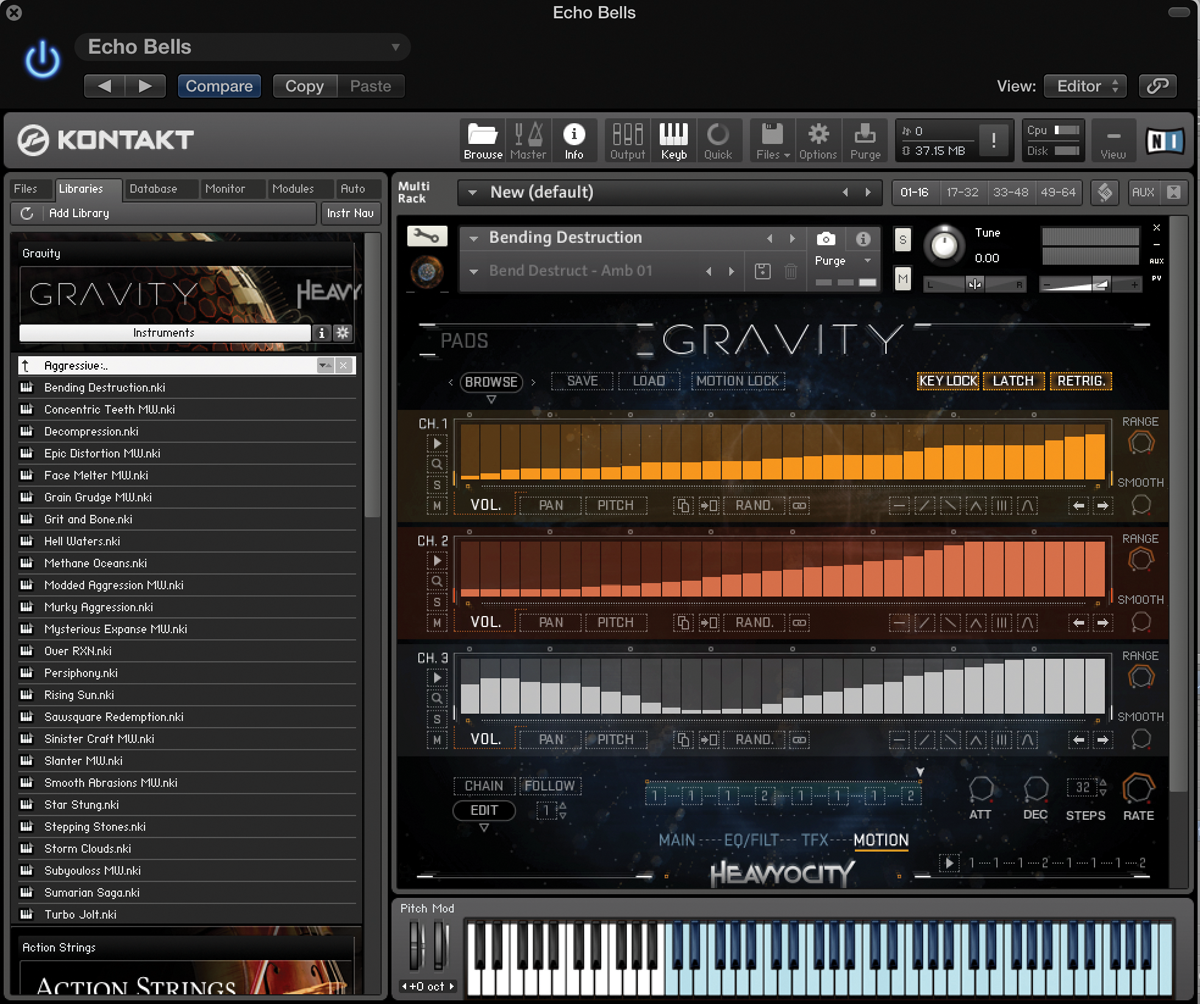 5: Motion: Drawing in the Changes – Each of the three parts can be edited over time simply by drawing in changes. Here, all three will rise to the end of the cycle, and that cycle length can also be edited. 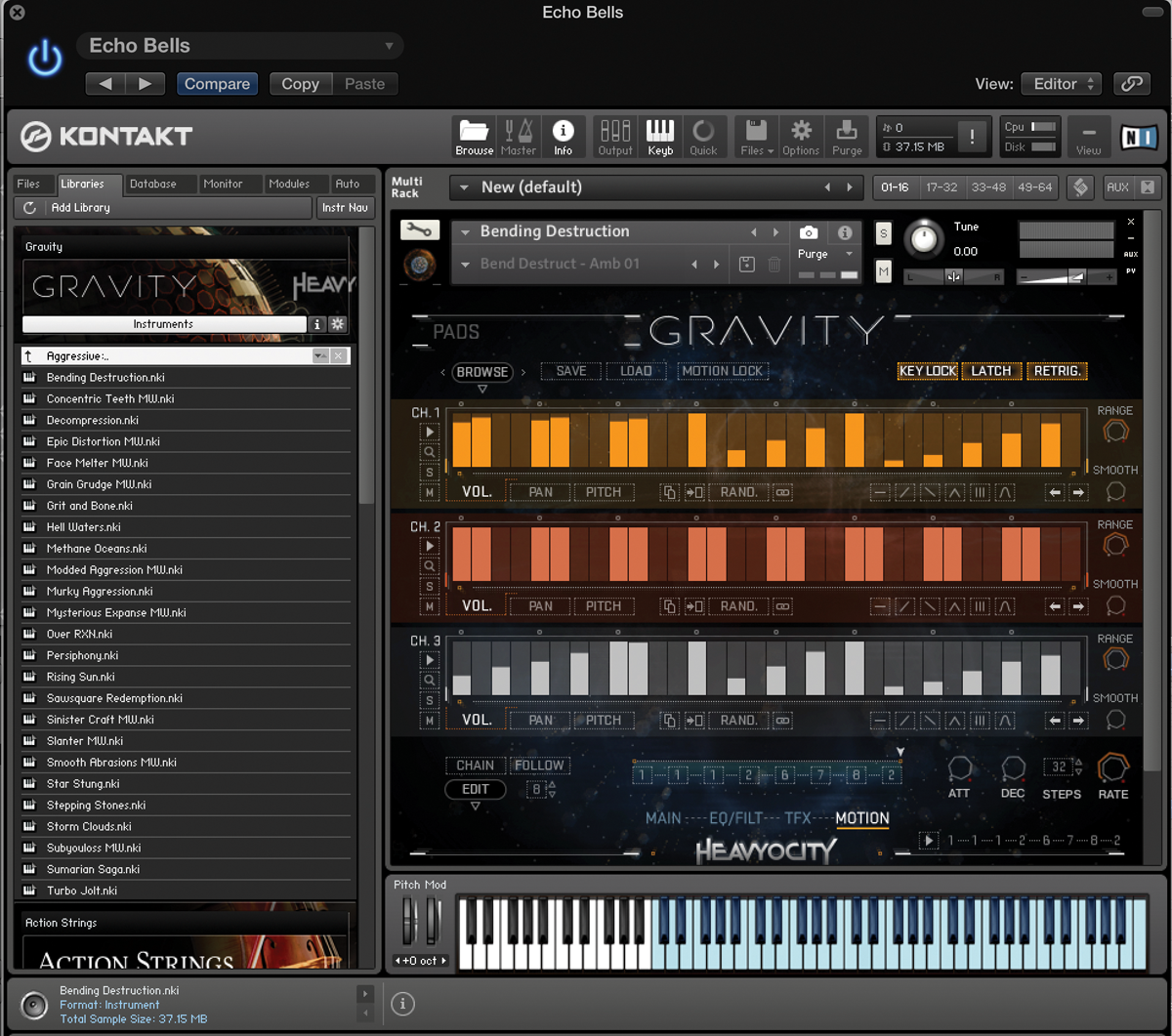 6: Motion: Chaining – Edit each of the parts and save up to eight versions. Chain them together for maximum effect over time. Here, I have chained together eight parts.

Alternatives
There are stacks of libraries to help you score just about anything, so – as always – check out sample collections from the big sample companies such as Loopmasters, Samplephonics et al. Of the instruments and collections I’ve looked at of late, Orbit springs to mind as a film scoring tool that very much offers a fantastical set of sounds with hands-on creativity.

It’s a bit more about the ambience and textures, as opposed to the hits and rises, but the two do complement each other well. Surprisingly in some ways, Zero-G’s Haunted Ground (reviewed in this issue) also springs to mind, as it has some terrifying moments – which Gravity also excels at.

All Rise
The Pads section is the most musical, and those descriptions really do nail it. Everything is here for ethereal and atmophere, but also for fear and tension. The front panel makes dramatic sound shaping truly present and correct, and you’ll find yourself drawn into it and making changes – as you really should do. The Hits section, too, is a bit of a success story.

I’m not sure about some of the categorisaton, as to me they all add a lot of impact, but you can combine and tweak away to get some great results. Stings, too, is an area where you can get some fine detail and incidental hits and elements for any genre, not just film music.

Adventurous dance musicians, for example, could take Gravity and incorporate a lot of the elements here into deep and sparse house tracks. Only the Riser section didn’t really excite me as much as the rest. This isn’t really a fault of the section itself, more of a tiredeness of the riser effect – it’s been overused
a little, but that’s just my opinion!

I have only one other cricitism, and that is that the controls look a bit lacklustre and can get lost against the background. It’s a shame they couldn’t be more colourful or textured like the massive controls for Punish and Twist. That aside – and it’s a small gripe – Gravity is a superb collection, made even better by the extra control. You might have to invest more money, but put the time in and, with Gravity on your side, you could be streets ahead of – or (sorry) above – the competition. 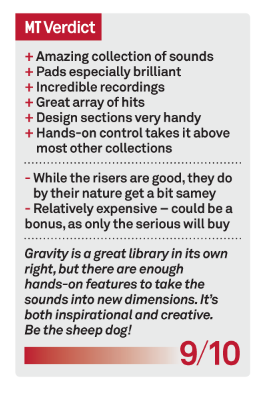