Roland AIRA Compact review: A trio of Roland micro machines vie for space in your backpack

Harking back to classic Roland sounds, will these pocket rockets hold their own? 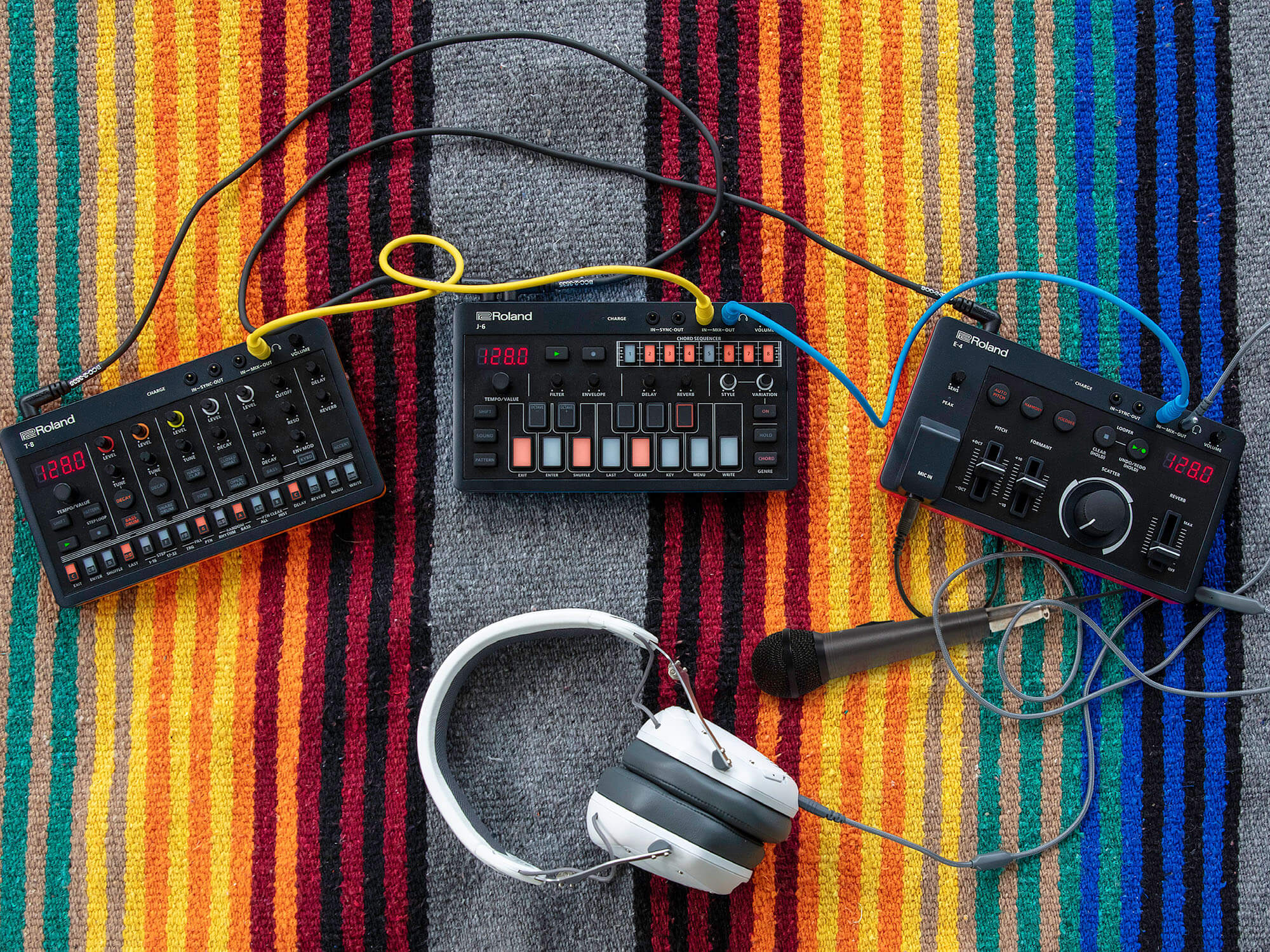 Perhaps it’s a cynical view, but Roland seems intent on squeezing every last drop of marketability from its esteemed vintage designs. Remakes, reissues, plug-ins and scaled-down Boutique versions of many lauded Roland instruments have hit shelves in the past few years.

The AIRA Compact series is a new range of compact electronic instruments that manages to deviate a little from Roland’s remake path – but the developer can’t resist name-dropping some of its most revered rhythm machines and analogue synthesizers. Just when we thought Roland units couldn’t get any smaller, the three instruments of the AIRA Compact series amount to a mere 18cm by 10cm each; incidentally almost the exact size of Korg’s Volca range. Coincidence?

With plentiful I/O options and the capacity to run on lithium-ion battery power, chargeable over USB-C, these miniature machines promise portability and playability in equal measure. On the bill are the T-8 Beat Machine, the J-6 Chord Synth and the E-4 Voice Tweaker.

The T-8 Beat Machine is ostensibly a miniature melting pot of Roland drum and bass machines. It combines six tracks of drum sounds – a kick, snare, clap, tom and open or closed high hat – and a bass engine derived from the unmistakable lord of acid house and techno, the TB-303. Roland promises it “exudes classic Roland character,” and they’re not wrong. This is thanks in part to Roland’s classic TR-REC step sequencer design and also its Analog Circuit Behavior (ACB) technology, which also features in other AIRA instruments like the TR-8S and TB-3.

You can edit each track’s sound with fairly simple parameters – tuning and decay. In fairness, Roland never purports the T-8 to be a clone of instruments like the TR-808 or TR-606, but more of a nod to them. What it does purport T-8 to be is a portable drum machine with a powerful sound to reckon with and a functional amount of edibility. In this, it triumphs. 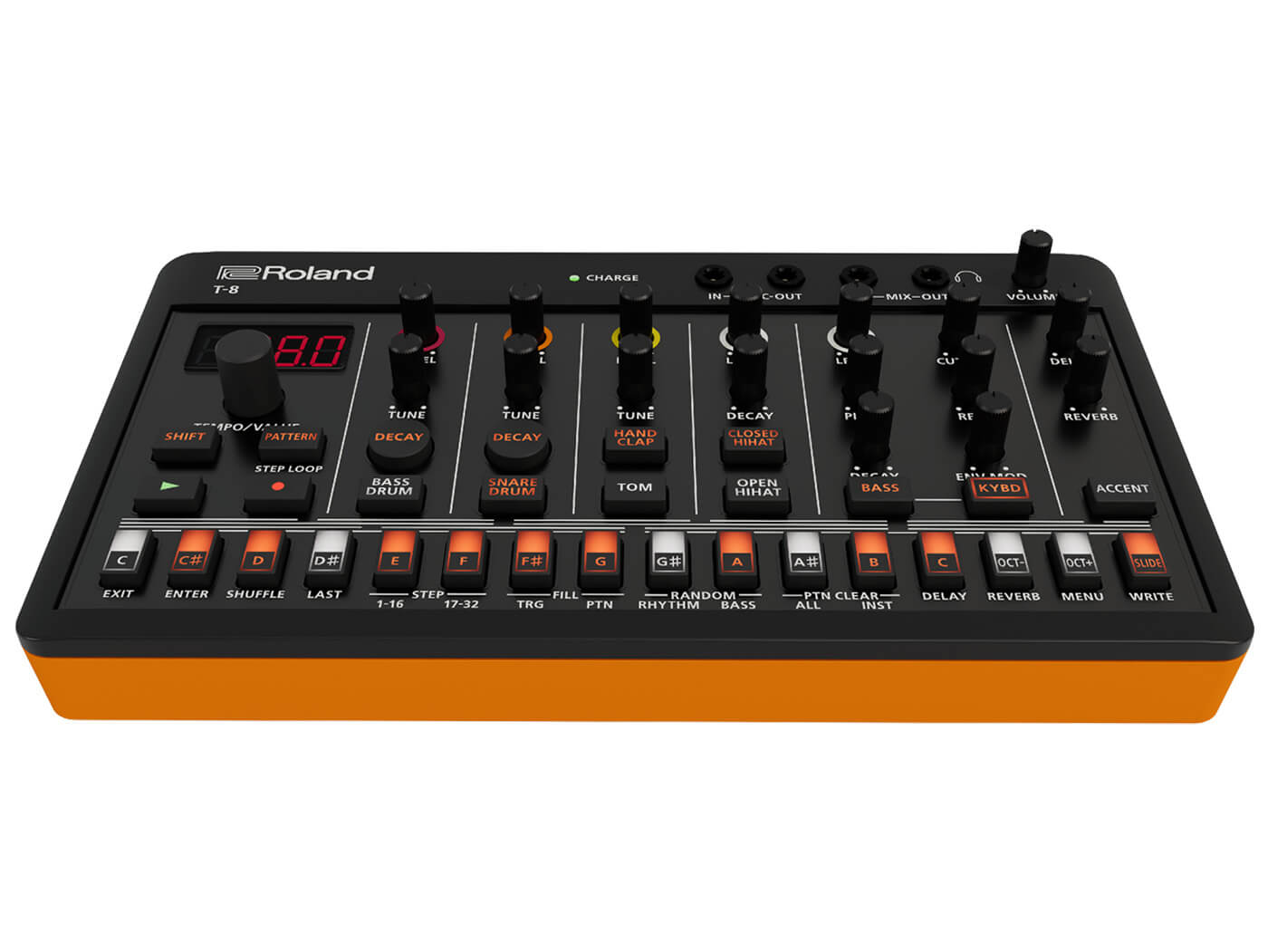 The T-8’s bass sound impressed us with its surprisingly faithful squelching, plucky 303-style signature. It’s easy to program melodies, too, either with an external keyboard or with the T-8’s keyboard mode, which renders the row of sequencer buttons a melodic keyboard.

Onboard effects, accenting, probability, side chain compression and on-the-fly looping further endow the T-8’s palette. Its tweakable reverb and stereo delay – complete with dedicated knobs – are quite inspiring and, usefully, you can adjust the volume of each part’s send to either of them. A dry, punchy kick with a reverb-soaked snare, for instance, can be programmed with ease.

Loop Mode makes for some fun, spontaneous ratcheting, while applying an accent to a step adds a healthy, one-off dose of drive to the track in question. The T-8 is a formidable little package of functional drum machine goodness, and a lovely-sounding one at that.

Next up is the J-6 Chord Synth. This boasts an engine that harks back to the iconic sounds of the Juno-60, powered by the same ACB technology as the T-8 to emulate the Juno sound “in flawless detail.” We don’t have an original Juno-60 to hand, but we’ll take Roland’s word for it.

The J-6 certainly sounds promising. From deep, resonant bass sounds to crystalline top lines, it’s a highly-capable synth in its own right, if not hugely editable. Four octaves in either direction expand the range of its onboard 13-key rubber keyboard considerably, and it’s also possible to plug in an external MIDI keyboard for a closer Juno playing experience.

On the J-6’s is a simplified set of sound parameter controls; more or less what you’d expect from a ‘pocket synth’ like this, though admittedly it errs on the ‘less.’ A low-pass filter knob and a single knob for increasing or decreasing the envelope time are all that’s included for sound sculpting, with delay and reverb once again getting their own dedicated knobs.

Might it have been a better idea to use that panel space for further synth parameters, such as filter resonance or modulation? Or perhaps even chorus, for even more Juno-flavoured fun? The jury’s out on that one, but the filter, envelope, delay and reverb knobs make for an easy workflow with the possibility for a pleasing amount of variation. A total of 64 preset voices also saves the J-6 from feeling sonically limited. It’s not possible to save sounds or settings but there are so few parameters on offer here that this doesn’t feel like a huge sacrifice. 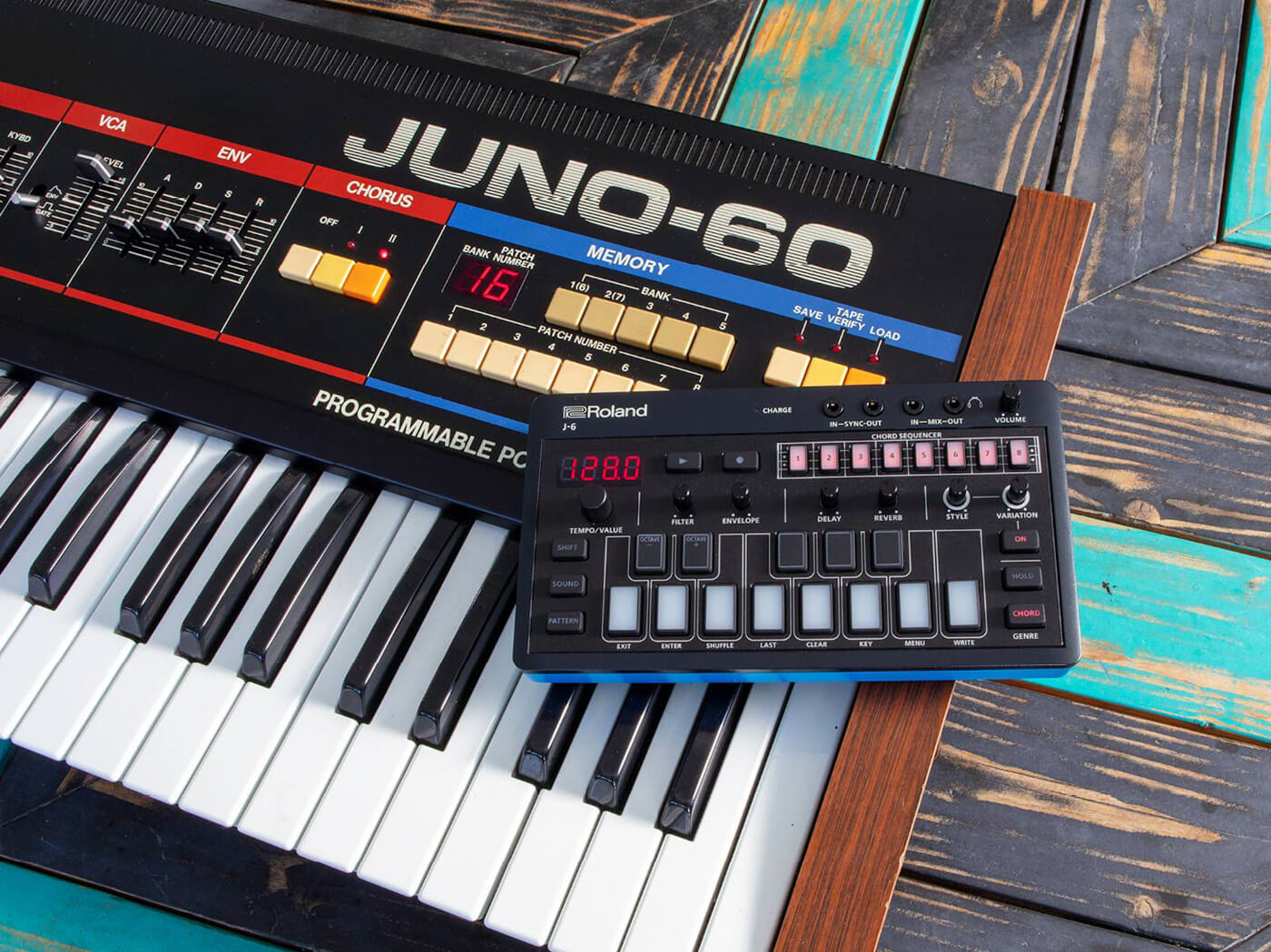 In essence, the J-6 is a simple machine: select a step (the sequencer can extend to 64) and input one or more notes, which are then played back sequentially or as a chord, depending on the position of the Style and Variation knobs. It’s a brilliantly designed sequencer instrument that yields results very quickly and rewards hours of fiddling. A fine compositional tool to boot, the J-6’s distinctive sequencer and transport can also be used to control external instruments via MIDI. In many ways, this function alone justifies the J-6’s (still modest) price, and it’s easy to imagine it in any studio waiting to be used as a sequencer or compositional tool with anything from Prophets to Polybrutes. 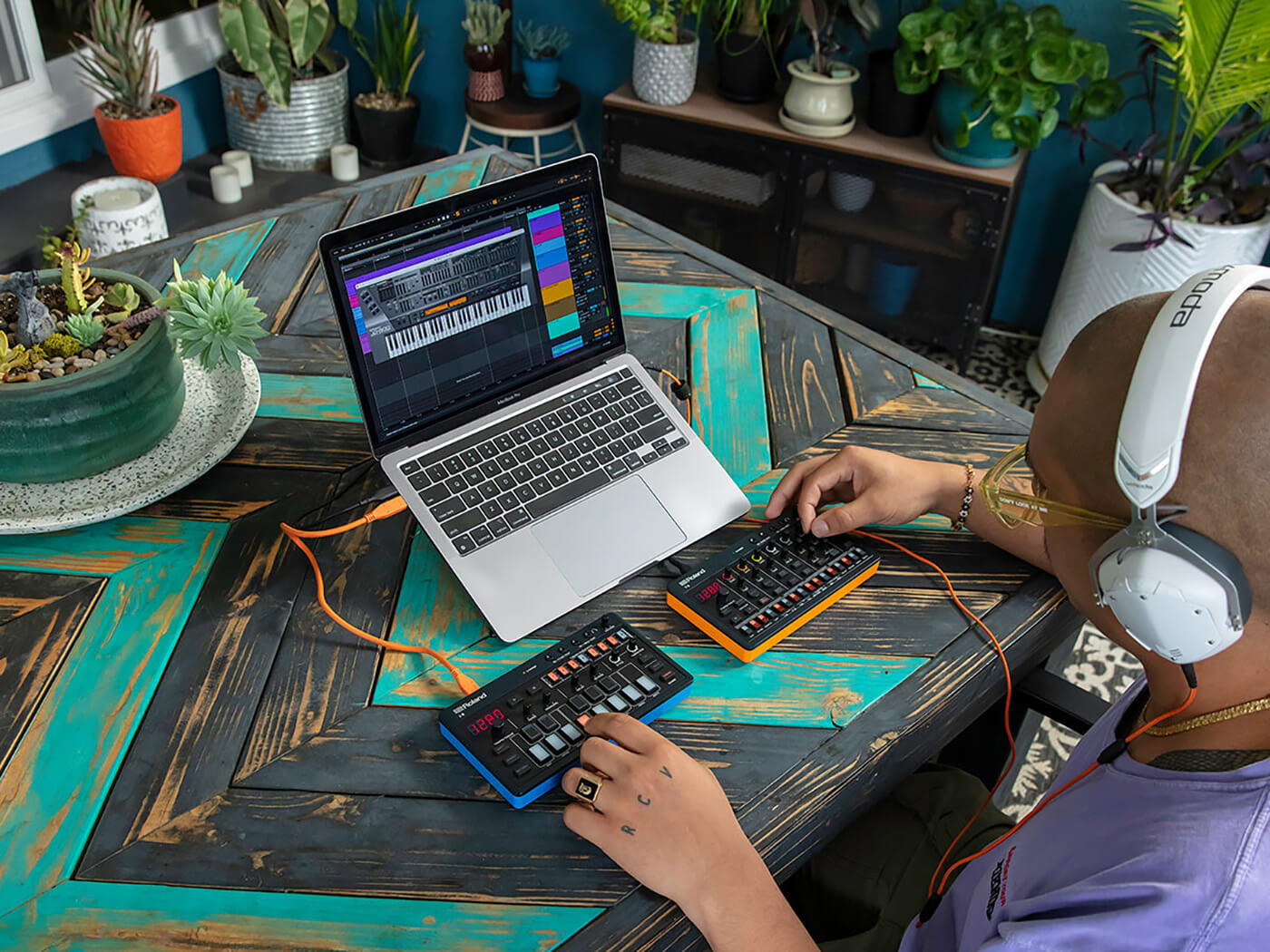 Finally, the E-4 Voice Tweaker is a versatile little vocal effects unit boasting an effects box, harmoniser, auto-pitch, vocoder and looper. Much like the T-8 in relation to its predecessors, the fundamentals of the E-4’s layout don’t stray far from those of the Roland VT-3 and VT-4 Voice Transformers, with a central knob flanked by sliders for pitch, formant and reverb.

Alongside more conventional pitch shifting and formant, which the E-4 does well and with decent range, it can harmonise your vocal in chords of up to four notes, with selectable scale and pitch. Auto-pitch can be adjusted to either subtly nudge vocals into tune or create a hard-stepped effect, while the vocoder mode, with its variety of waveforms, allows for some awesome retro-futurist vocal synth sounds. The E-4 can also handle an external MIDI keyboard for classic vocoder noodling if you’re keen to really go old-school.

You’ll find no sequencer here, though the E-4 does offer MIDI-syncable looping, so it can happily nestle into your sequences and join the groove-box jam. Where the central knob on the VT-3 and VT-4 handle effect type and auto pitch respectively, it’s used here to adjust Scatter; a performance tool that allows for tempo-synced filtering, panning, bit crushing slicing and more for well-placed does of controllable chaos. 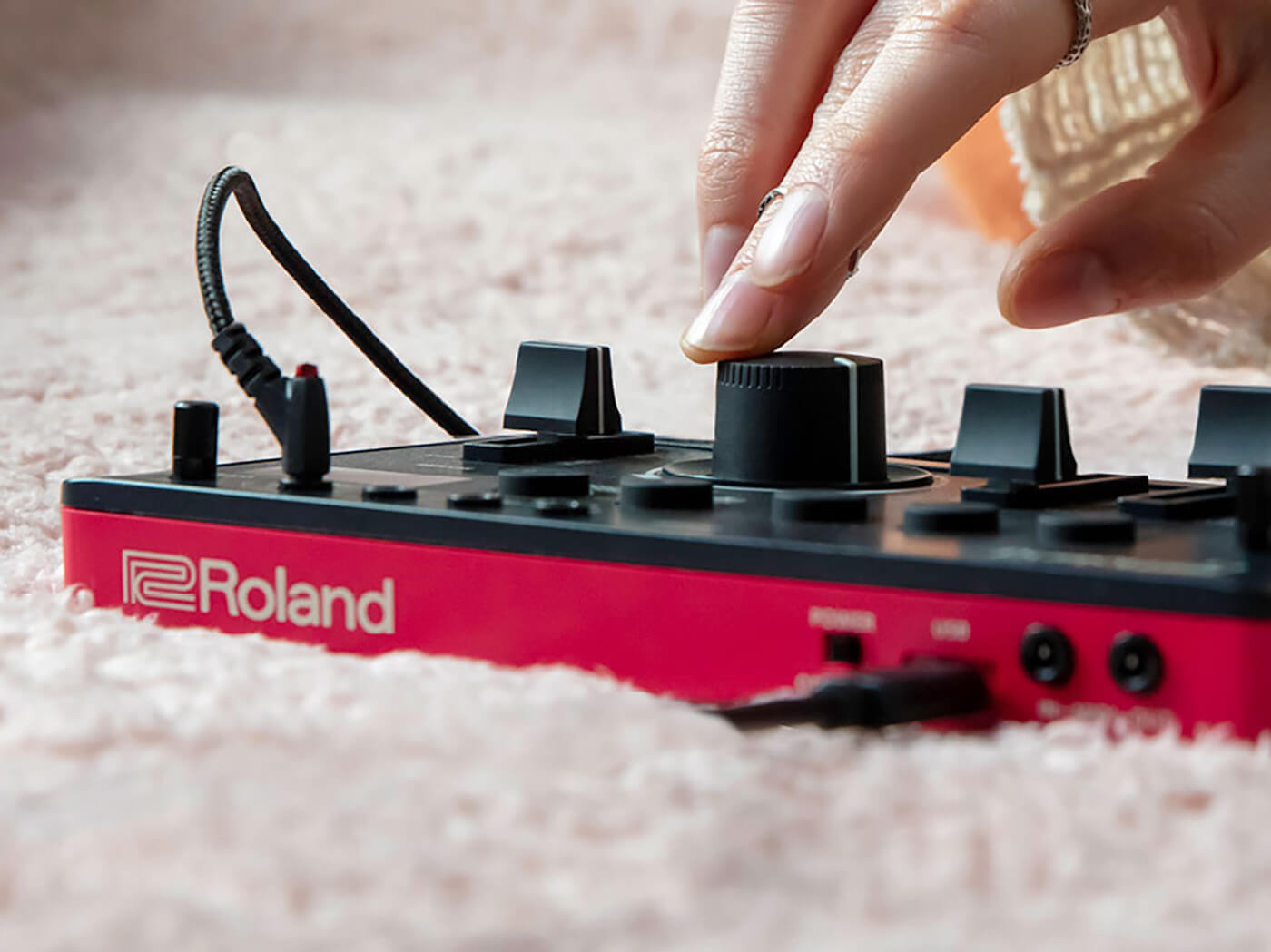 The reverb slider can also handily be shifted to control chorus, delay and echo. All in all, there are plenty of effect options on offer in this miniature vocal playground and adds to the AIRA Compact range’s out-of-the-box, jammability, which constitutes a major aspect of its appeal. Also, usefully, the headphones jack on the E-4 can receive microphone signals from a headset, meaning that it’s possible to use with any headphones that have an onboard mic – even those most humble wired Apple headphones will suffice.

These three AIRA Compact instruments are best friends, easily syncable and very much at home alongside each other. It would be remiss not to refer to the Korg Volca range here, and its likely influence on the AIRA Compact’s ‘collect-em-all’ format. Almost identically 0sized and with similarly delineated functions, both ranges make use of a combination of MIDI and CV sync, and both have eighth-inch headphone and sync outputs on the top right corner of the main panel. One wonders if Roland has plans to colonise the setups of Volca users; if it does, it’ll be bringing with it a considerable pedigree when it comes to sequencer instruments, plus some serious performance power.

With the AIRA Compact series, Roland succeeds in making portable performance instruments that offer accessibility and powerful sound. These three fit snugly in a backpack but they’ll hold their own in any studio environment. If Roland keeps on downsizing its designs at this rate, we can assume a deck-of-cards-sized ‘micro’ AIRA range is just around the corner. 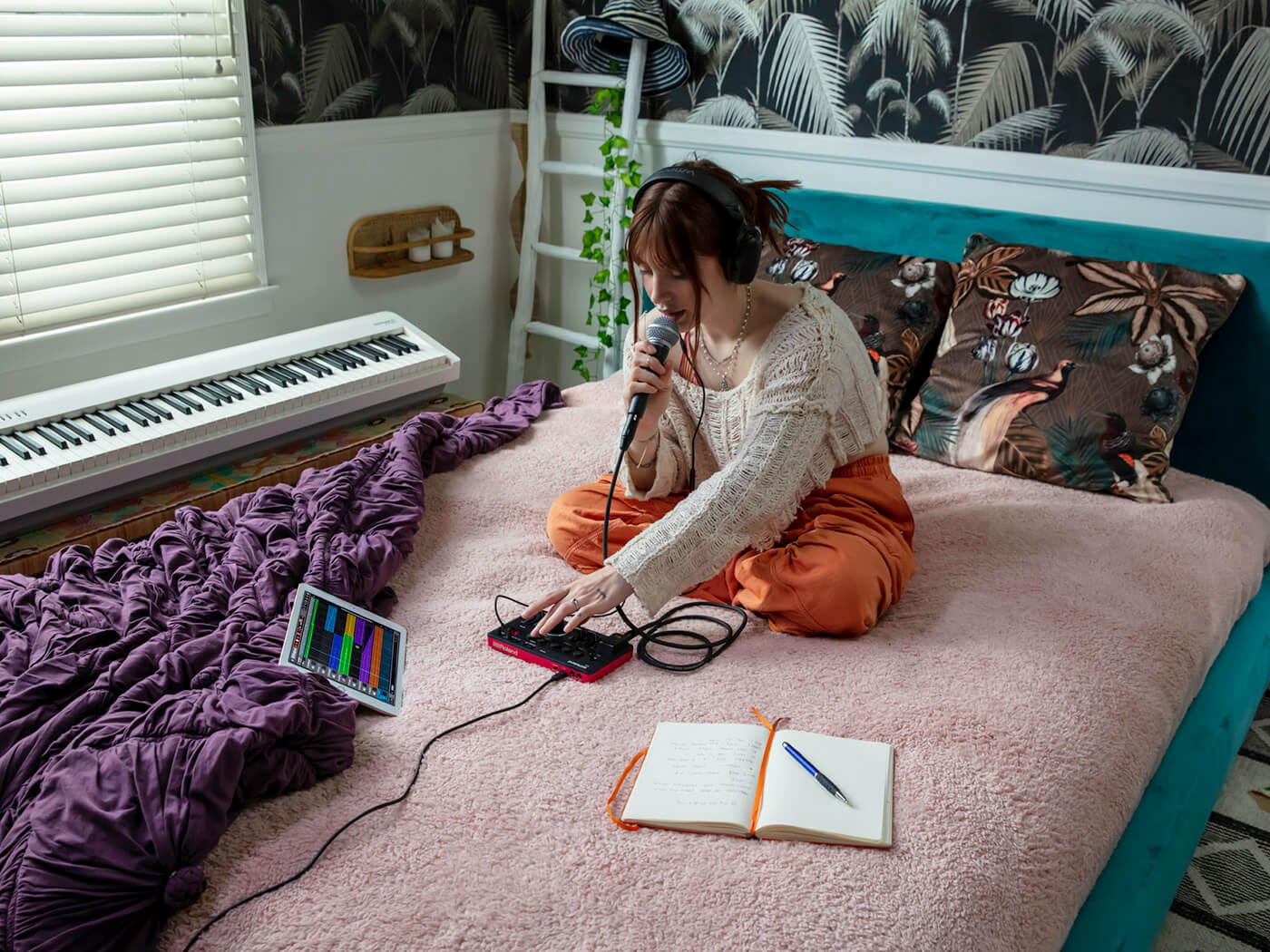