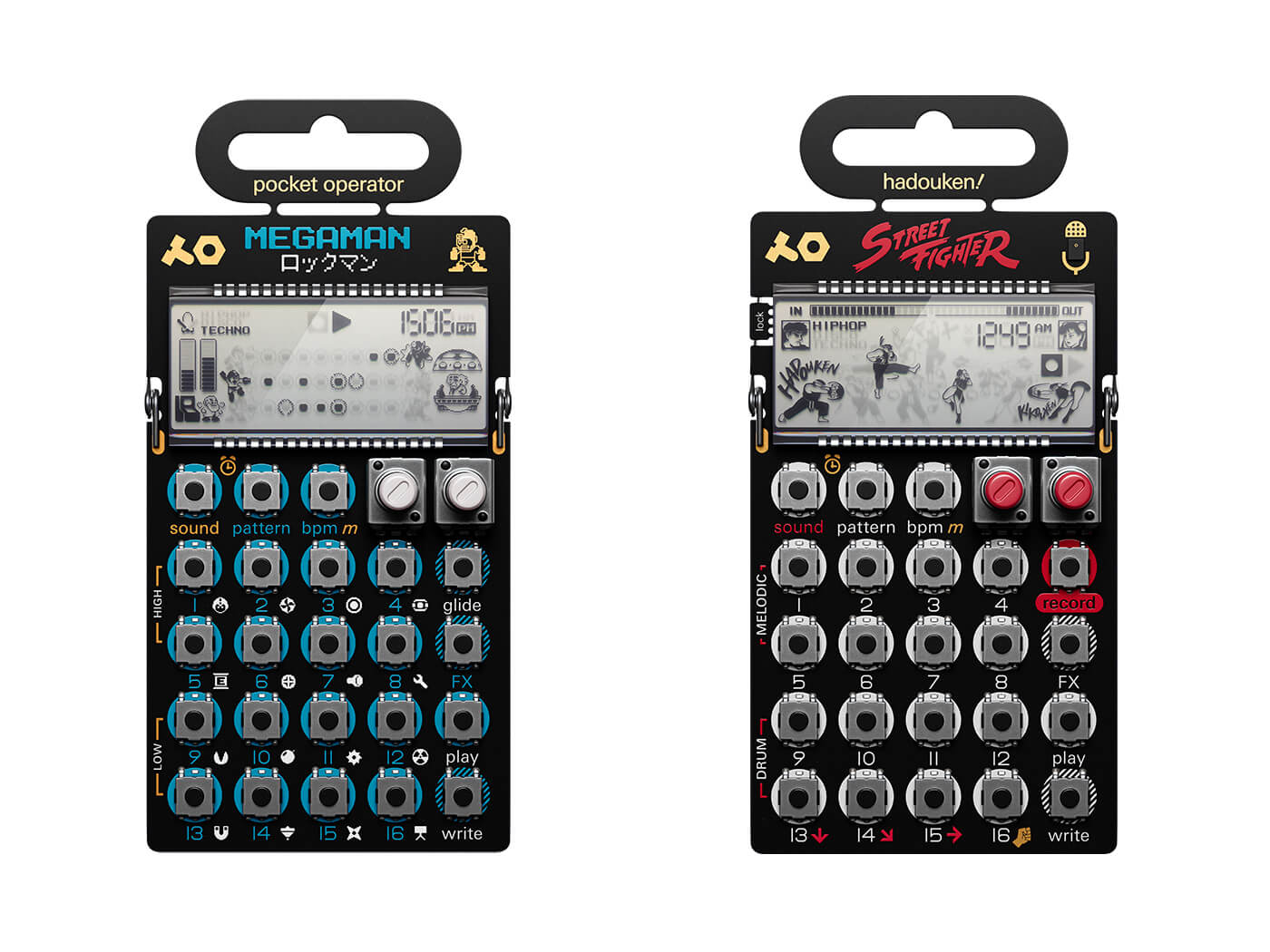 With the launch of the Capcom Series – PO-133 and PO-128 – Teenage Engineering has reskinned two of its higher-end Pocket Operators, the PO-33 and PO-28. As the Pocket Operator series has consistently impressed us, we were eager to get our hands on the new collectable POs.

Teenage Engineering’s PO-133 is a micro sampler with red highlights and the Street Fighter logo at the top. The screen displays an entertaining Ryu and Chun-Li fight which springs to life every time you trigger a sound via one of the 16 buttons.

The PO-133 comes preloaded with original Street Fighter sounds and songs, which fans of the video game franchise will enjoy. Other than a hit of nostalgia, these sounds don’t offer much, musically. The samples are low-resolution and comprise vocal clips of the fighters (Hadouken!), narrator (fight!) and some arcade-style drums and synth sounds.

The PO-133 didn’t inspire at first. For the £85 asking price, anyone wanting Street Fighter sounds could go and buy the game and sample them. Or, better yet, download one of the free sample packs floating around online. The sequencing can seem a little clunky and restrictive on first inspection, and the tiny built-in mic incapable of capturing pristine audio is offputting. 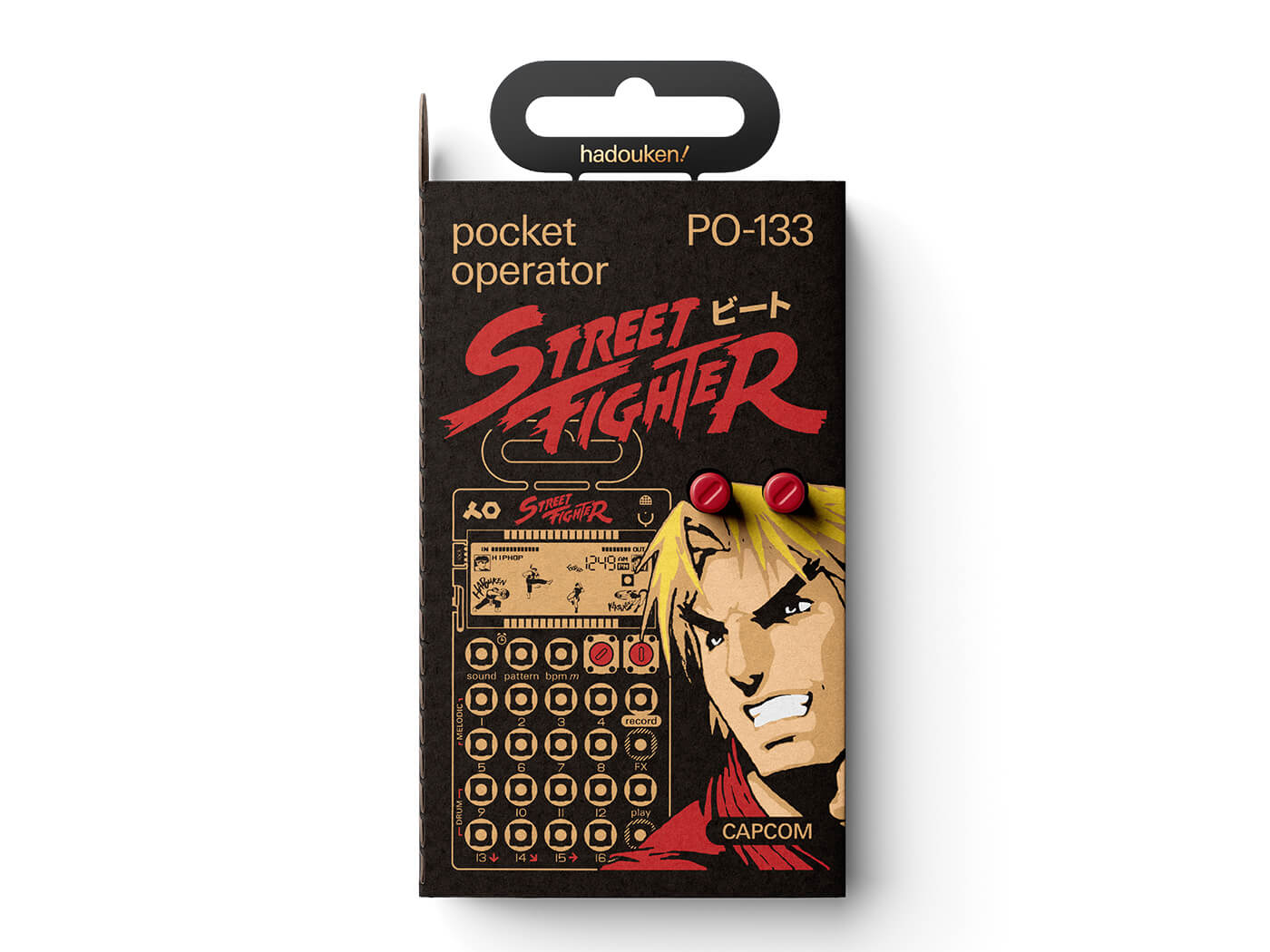 The 16 effects are fun and have creative potential, but I didn’t find myself making anything remarkable with the stock sounds.

If you don’t spend long with these POs, you might (wrongly) come away thinking these are expensive hipster toys that aren’t valuable to producers.

However, there’s a lot more to these machines than a cursory inspection suggests. Like the original PO-33, you can use the PO-133’s line input to rip samples from records and a phone for 12-bit playback. If you have any interest in sampling, this is an exciting feature.

Teenage Engineering’s unassuming device has a surprising number of features that are easy to miss. A few hidden controls unlock the power of the Pocket Operator. Going off-grid was easier than anticipated thanks to a swing feature, and you can dial in exact BPM settings for making (in our case) loose, lo-fi house beats at 117bpm. You’re not limited to the three one-click tempos (80, 120 and 140bpm).

The PO-128 automatically slices a sample you record to the Drums slots, but the start and end points can be user-defined effortlessly. The Melodic slots will let you play back samples at different pitches – perfect for chords and vocal chops. You can record effects and filter settings, and with the pattern-linking functionality and pattern copying, it’s easy to see how you could create a whole track. 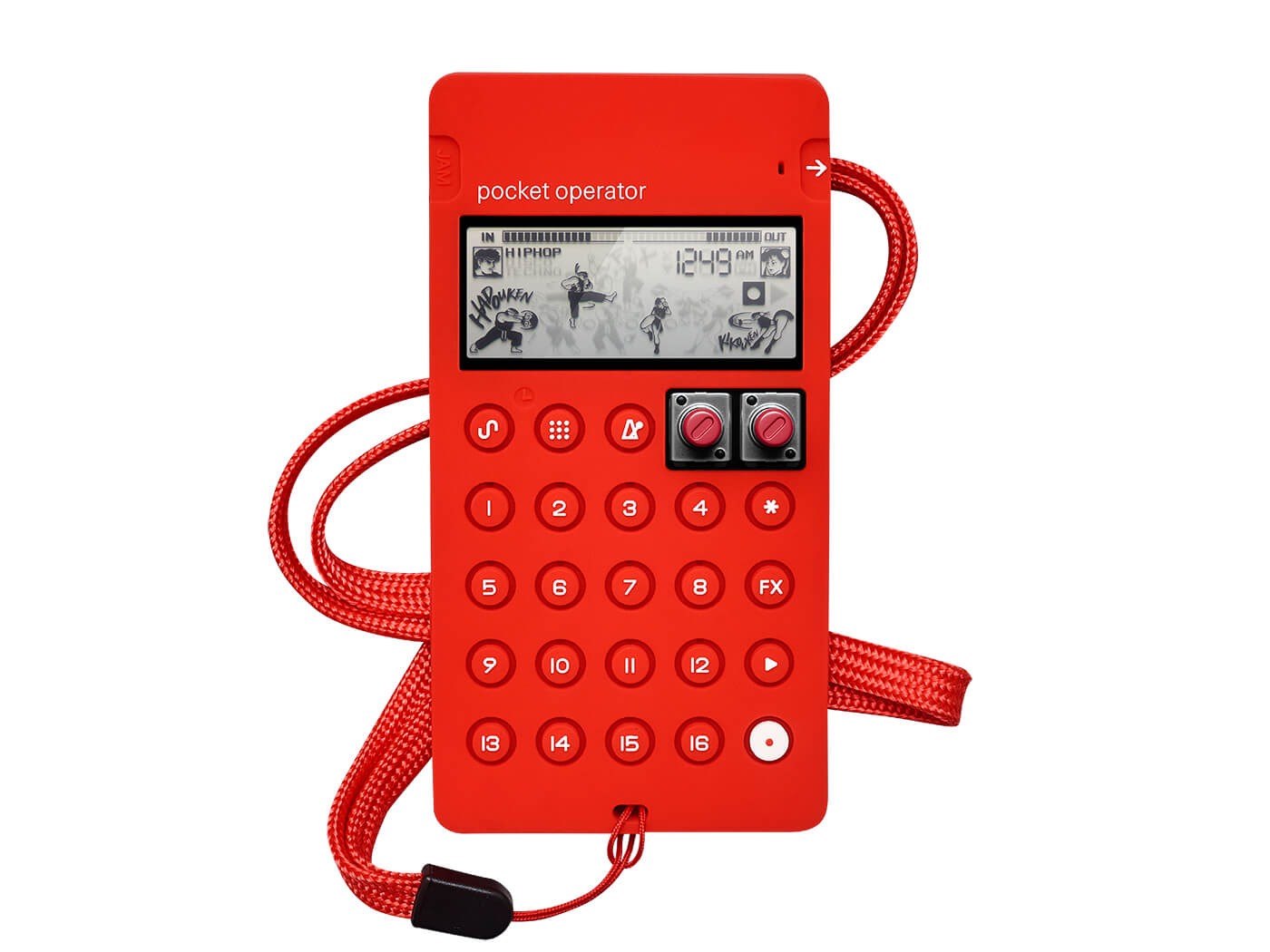 Once I realised what I could achieve with the 40 seconds of on-the-go sample time, 15 effects and pattern creation, I was hooked – and still am.

Ricky Tinez has some particularly watchable videos on YouTube where he skilfully crafts hypnotic beats with nothing more than the PO-133’s predecessor, the PO-33. Several artists have created whole albums on that same device. The instant playability is addictive.

I’m still not sold on the Street Fighter sounds, though. If you’re a fan of the original games, maybe that’s a bonus. That said, the design and Ryu vs Chun-Li display is fun and unique, and the price tag is the same as the PO-33, so it’s a no-brainer if you have even a passing interest in beat-em-ups.

If sampling is part of your workflow and you have £85 to spare, this is a fantastic tool to get some quick ideas down. It’s healthy to get away from the DAW from time to time, and there’s a greater sense of achievement when you craft a head-bopping beat on such a small instrument. The PO-133 sent me down new creative avenues, experimenting with rare tracks on YouTube, which is more than you can say of many instruments in this price bracket.

The revelation I had with the PO-133 came in tandem with my testing of the PO-128. At first, I wasn’t convinced by the 8-bit synth onboard this Pocket Operator. In the end, however, I found myself more attracted to the Megaman Pocket Operator’s two synth engines and drum track. Sure, the sounds are 8-bit, but its simplicity is its allure, and you can make creative strides in just a five-minute break from work.

Like its Street Fighter counterpart, the PO-128 has the character jumping and fighting in time with sounds. It sports blue highlights to fit the renowned Megaman outfit. There are no samples from the Megaman games, but the preloaded sequences are based on the game’s soundtrack.

Again, this an amusing toy, but it feels lacklustre in the context of actual music production. The original PO-28 is £30 cheaper and seems to offer the same functionality, which makes me wonder whether it’s worth the extra buck. No doubt Megaman fans will love it, but I wonder how many die-hard followers are out there willing to spend £80 for a mini synth. 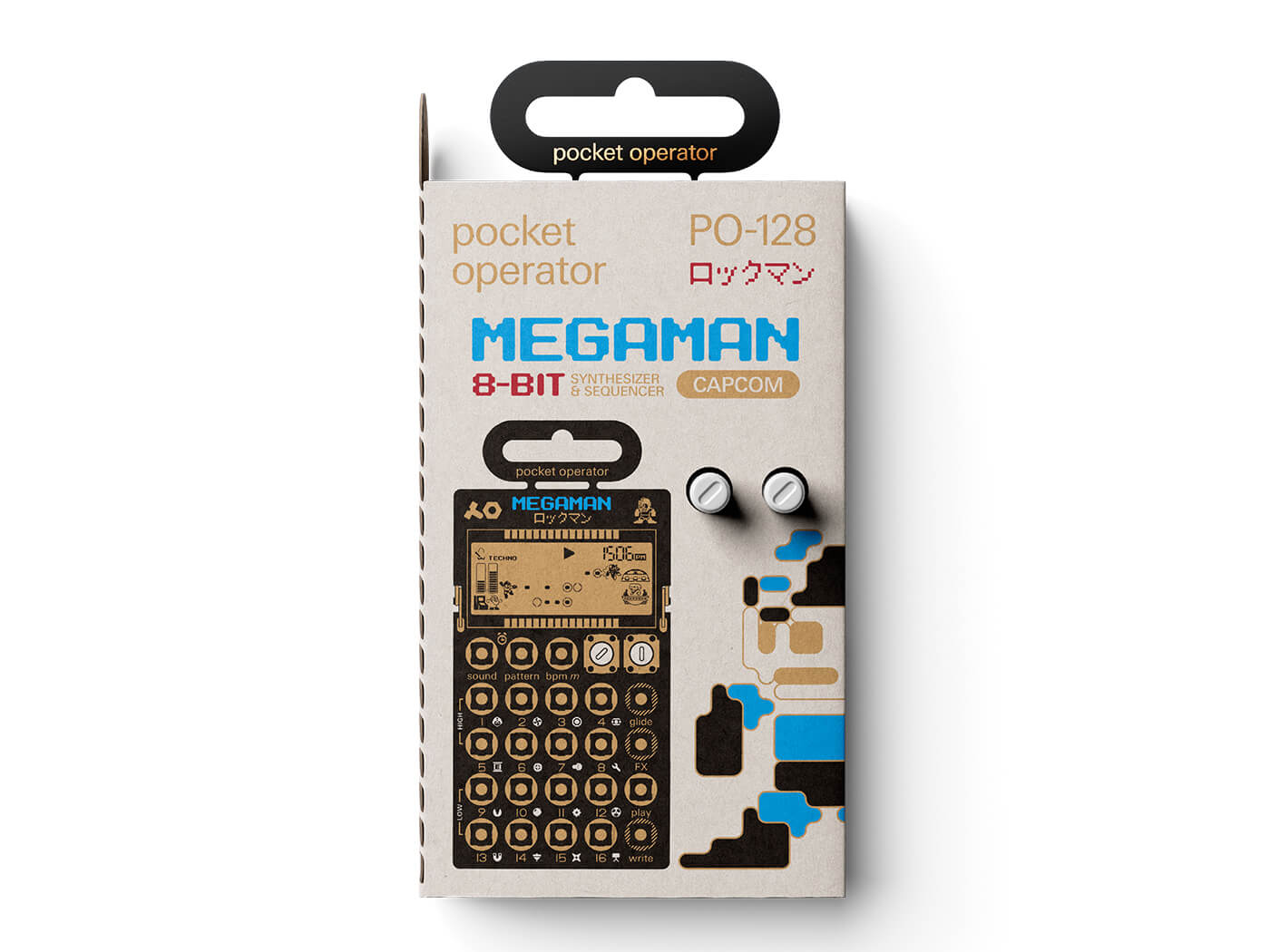 Despite my reservations, I found myself picking up the PO-128 more often as I gradually got to know it better. Many of its features are similar to the PO-133, but there are other exciting details such as glide, key changing, note length, timbre of the synth and more. One synth engine will take care of the low-end, the other on lead duties. Eight different patches are available for the lead, seven for the bass, with the last sound slot reserved for percussion.

The PO-128’s synth sounds are pretty entertaining, but I didn’t find them helpful in my projects and workflow. 8-bit enthusiasts may enjoy it, but there are plenty of free and low-cost tools that create similar sounds. I wish that it wasn’t monophonic to make chords playable, and I’m disappointed that only three voices can play at one time – it would be interesting to be able to play two different lead sounds simultaneously, for example.

Why did Teenage Engineering really reskin the PO-28 and PO-33, though? The answer is in the brand’s YouTube channel comments: “Many people have no idea what a Pocket Operator is”, reads Teenage Engineering’s comment. “A lot of people know what Street Fighter is. Some of those people might have secret sequencer dreams that they might not even have been aware of.” 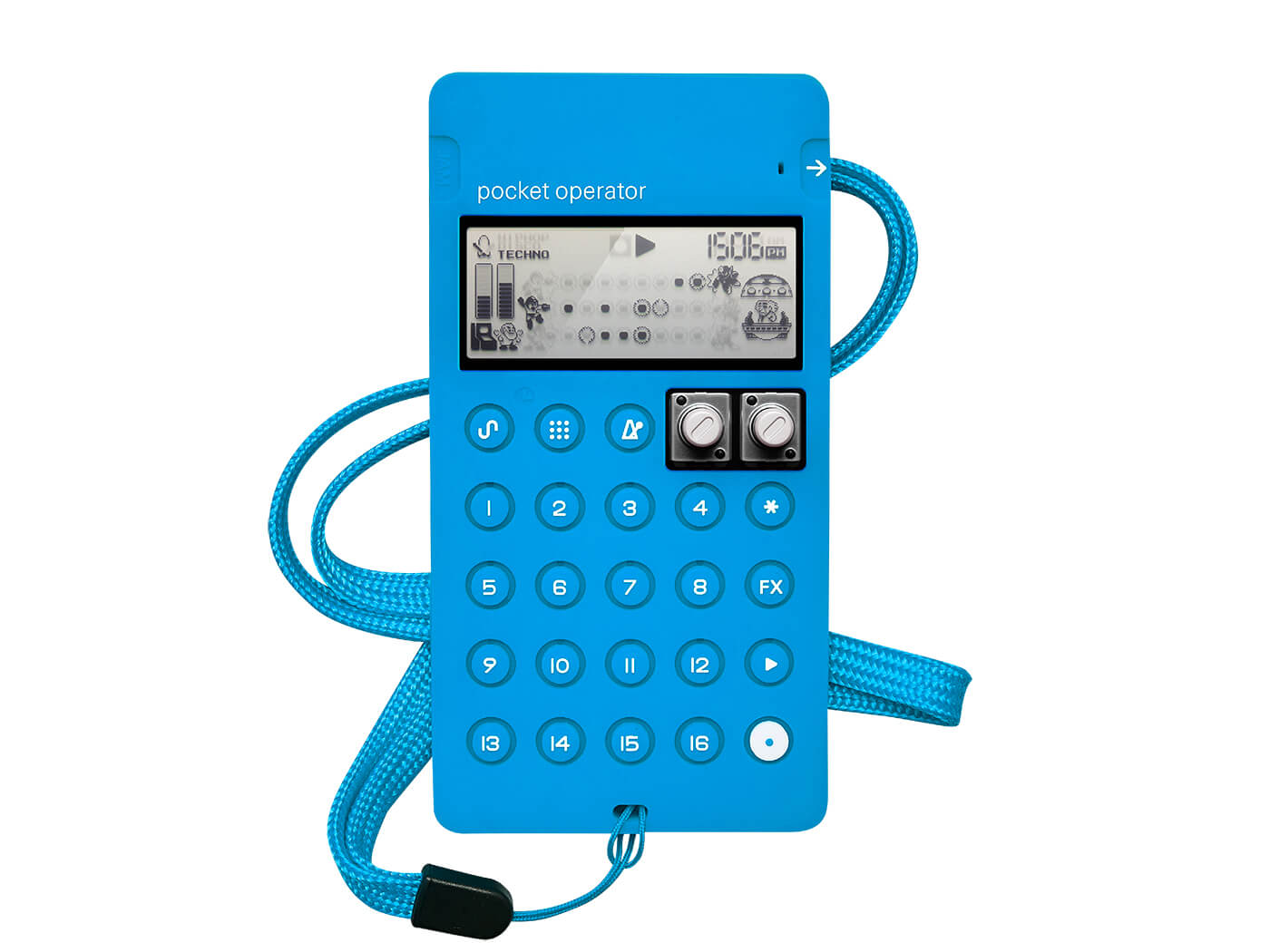 Being perfectly candid, I was sceptical about the Pocket Operators’ actual utility for music-making. But as soon as I spent some time with them, I was consumed by the playful experience they offer. Granted, these two models are just novelty reskins of the PO-28 and PO-33, with the PO-128 costing £30 more than the original, and the PO-133 priced the same. It does make them feel slightly more special, though – especially if you buy the optional coloured cases. However, if you’re on a budget, go for the more affordable options. Whatever you do, don’t expect these to give you an edge in your music production. Instead, consider these as musical toys for brewing inspiration and give you some creative time away from the DAW.

Now, the biggest problem I have with the PO-133 and PO-128 is deciding whether to buy one of them – or even discover the power of their siblings.