In a major update to its original module, Qu-Bit hopes to show us how easy polyphony v2 can be. But will it strike the right chord? 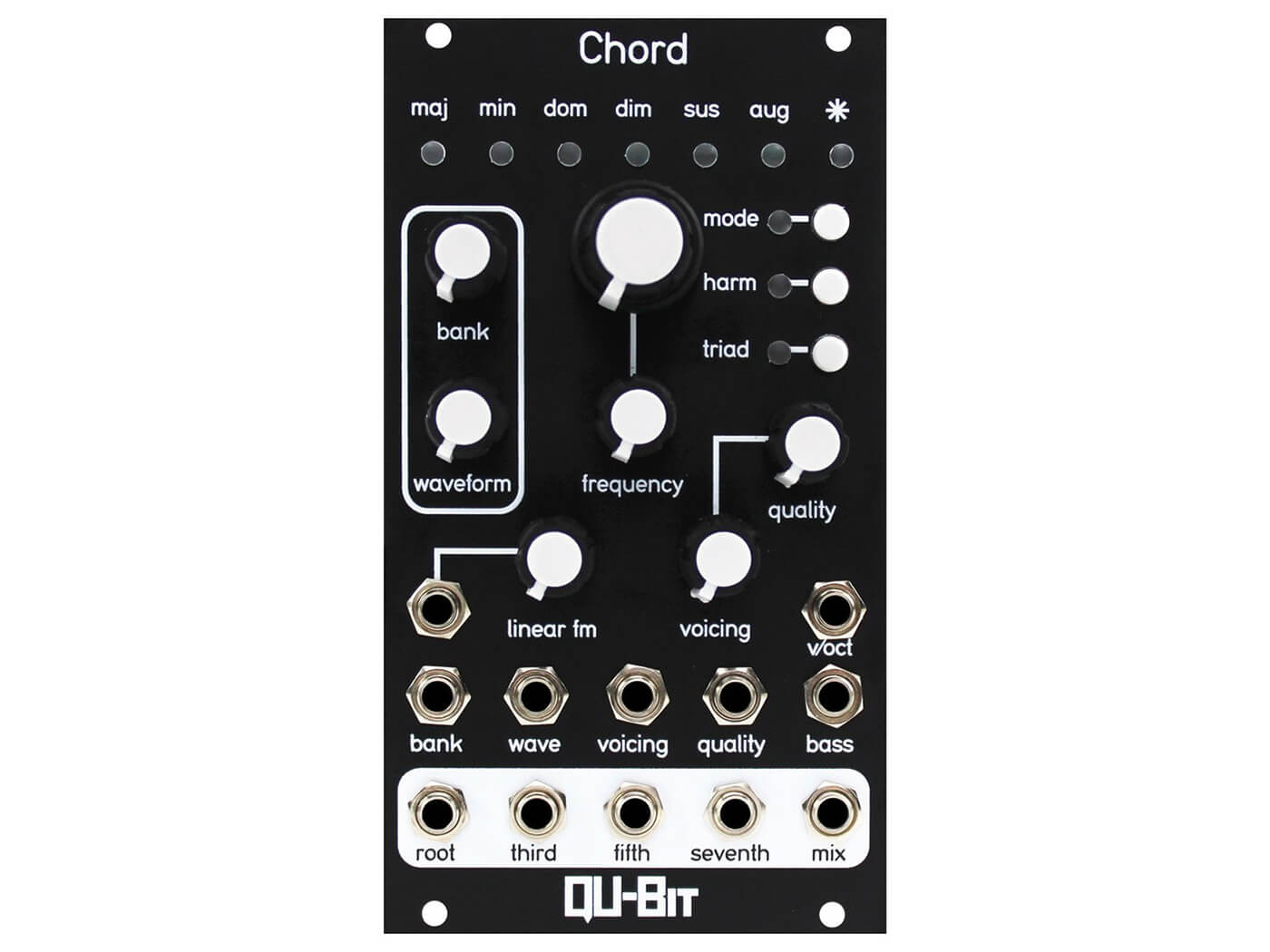 If there’s one uniting feature of modular systems, it is the complexity of creating a patch that works convincingly polyphonically – which explains why almost all modulars tend to concentrate on monophonic signals and are often happier that way.

But let’s face it, it’s pretty difficult for electronic music to exist purely on monophonic lines, with the restriction being the number of VCOs in a system, or the sequential elements to drive them. Enter Qu-Bit, and the first incarnation of its Chord module – which offered a one-stop solution, providing a great-sounding oscillator with the ability to internally produce chords of varying forms.

The v2 module takes this concept to new heights, so let’s start with the obvious. It’s now half the size at just 14HP; personally, I liked the larger construct of the v1 module, but my fears were immediately calmed, as Qu-Bit has performed a Tardis-like miracle, shrinking the module in size, while keeping it very accessible and expanding the credentials of the v2 by a huge margin.

Chord now boasts an expanded palette of chords and voicings, including various incarnations of triads, sevenths and sus-chords, with a vast number of inverted placements. Just like the original, an inputted CV can dictate the root of the chord, with provision to change the inversion, either manually or via a further CV signal, meaning that it is possible to create interesting and complex progressions with ease. 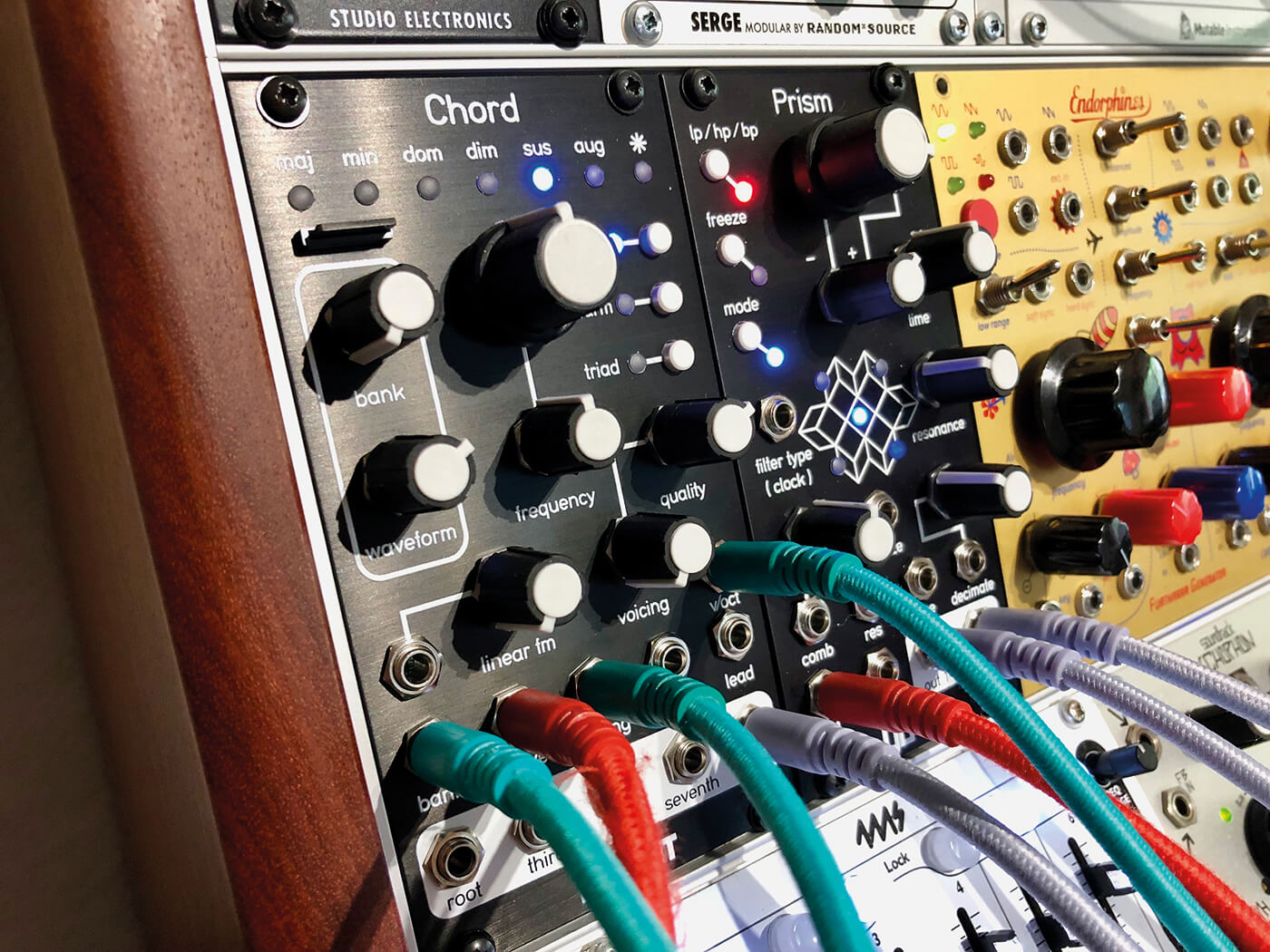 However, the bigger news in this arena comes with the provision to enter into a fully polyphonic mode, where each note can be controlled individually. Clearly, this is entirely dependent on what else you have in your modular, as you’ll have to be able to control multiple pitch elements. Armed with a stalwart such as the Make Noise Pressure Points, it’s feasible that using three channels of pitch-based CV could create triads, on a note-by-note level. This is facilitated by switching the Chord to Free Poly mode, which in turn repurposes some of the onboard sockets to act as pitch CV inputs, while the onboard pots can also be exploited to create a user-based drone-like chord. Move this concept into the MIDI domain and it’s feasible that a four-channel MIDI to CV converter could turn your Chord v2 into a four-note polysynth. That’s a pretty cool thing from a mere 14HP.

If this alone isn’t enough to pique your curiosity, there’s plenty more hiding beneath the panel, when concerned with the sonic makeup and architecture. Chord v2 is unreservedly digital in sonic reproduction, with an incredibly assured sound that is beautiful and engaging. Basic subtractive-orientated sounds are quick to emerge and generated internally, while also open to wave sweeping; however, there is now the inclusion of an SD card slot, with an included set of factory wavetables and other tempting timbre. The factory banks give more than a passing clue to the sonic possibilities, with that reassuring movement of wavetables alongside more traditional starting points, while a further mode will allow for unison clustering and detuning of the four voices.

Should you get bored of the supplied elements, the Chord is compatible with the excellent Synthesis Technology WaveEdit software, with its easy-to-use interface, for creating, trying out and exporting user wavetables via computer.

In its raw state, the Chord sounds incredibly good, with weighty and clear definition of tone, which I firmly consider to be a plus point, far extending synthesis to beyond basic subtractive. This might also explain why I find myself working without a filter applied, for much of my initial explorations.

While the concept for this module is firmly drawn from its name, I have to bust Qu-Bit for underselling its credentials. Sure, it’ll play chords, but as a mono oscillator it sounds stunning, with a wealth of timbral capability that make this highly desirable in smaller setups, as well as larger rigs, thanks to its huge diversity of palette. 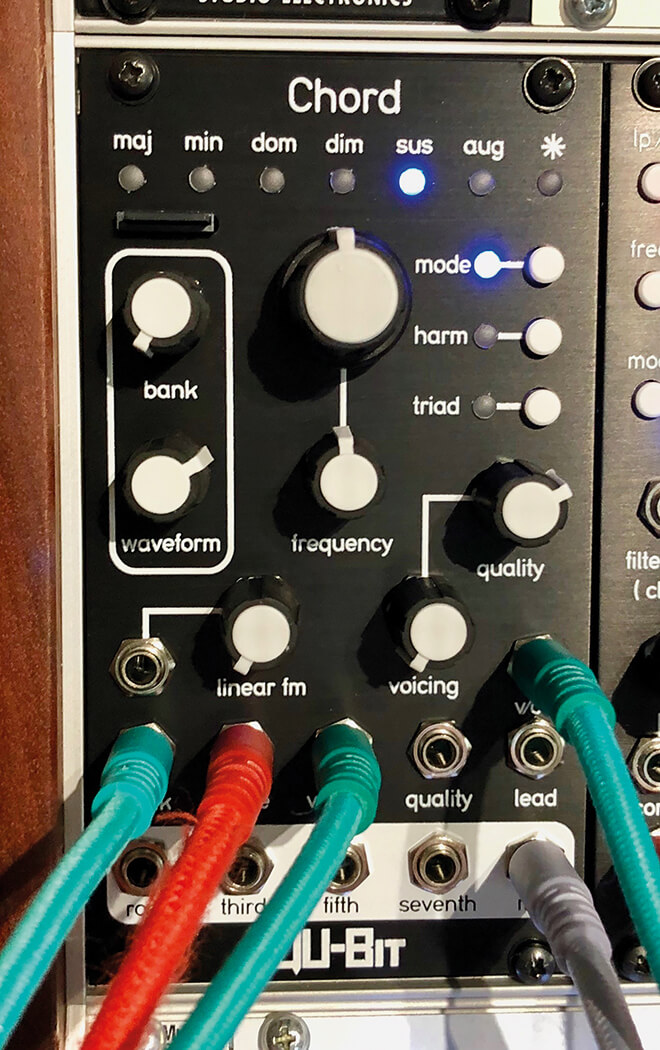 The reduction of module size concerned me initially, but I need not have worried. It’s easy to operate once you’ve delved into the manual for the odd clue, while the additional functionality, along with a price reduction, make this something of an indispensable bargain.

In a word, yes! The Chord v2 is a significant upgrade to the original, which offers some stunning features alongside the polyphony aspect, which is supposedly at its heart. I say supposedly, because what the Chord v2 does, in numerous additional areas, means that it could be considered a worthy mono wavetable oscillator that also happens to play chords. Sonically, it sounds bright, present, crisp and reassuring, with excellent tracking across five octaves. If you considered this to be four oscillators, which also had the ability to load your own wavetables, you’d think it was a bit of a bargain! 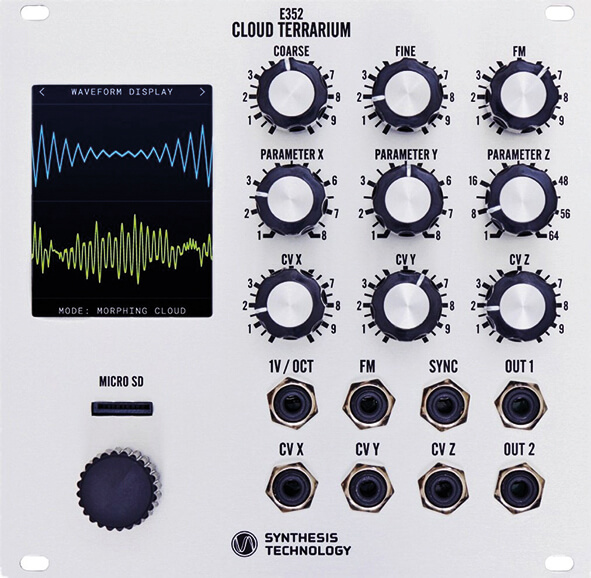 Although not polyphonic, the E352 is a wavetable favourite, while also offering conventional subtractive waveforms. With its large styling and display, it offers some of the smoothest wavetable transitions available, with all axis available to CV control. 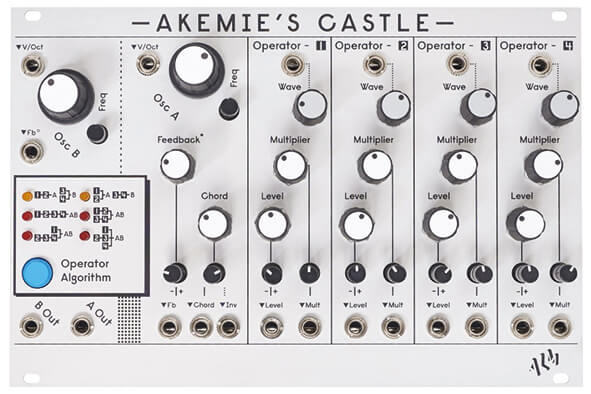 Billed as an FM-sound generator, with significant control of each of the four operators, the Castle also offers two voice operation, via independent CV, with an additional function for creating chords from the four operators. Extensive, comprehensive and pretty unique.