Pioneer continues its expansion of gear from the DJ booth to studio and stage. But will its most unique product to date become as ubiquitous as its DJ kit? 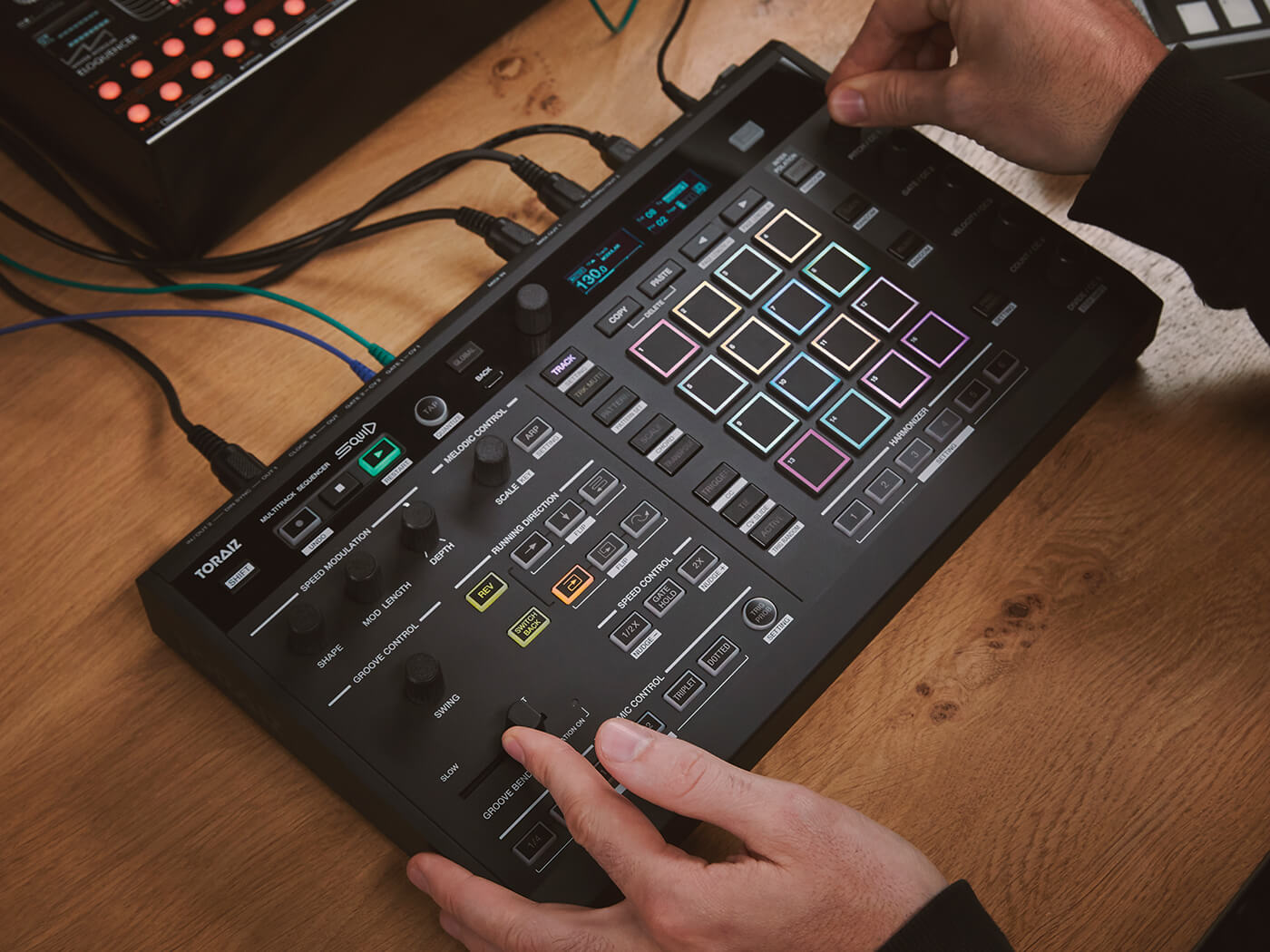 Pioneer DJ already dominates the DJ booth with its range of CDJ players and DJM mixers and in 2016, the company turned its attention to a more musical range of devices aimed at live electronic-music performance and studio use – the Toraiz range. Launching with the SP-16 sampler and AS-1 synth, Pioneer DJ has now launched its most unique device to date, a multi-track sequencer capable of controlling 16 instruments.

Joining an ever-expanding world of DAW-less jamming, live electronic-music performance and an eagerness for producers to close the laptop, the Squid fills a similar space to performance sequencers such as Arturia’s BeatStep Pro. Opening the box, you’re greeted by a familiar-looking layout of pads and controls on the surface, but unlike other hardware sequencers, the Squid packs in many more features and creative control options.

Let’s be clear here though, the Squid doesn’t make any noise. In a world where new hardware synths, modules and plug-ins are being released weekly, you might find plunging your hand into your pocket for a sequencer challenging… But we’ll explain why you should consider it, especially if you already have some outboard kit.

Connections around the back of the unit are extensive and include two CV and Gate mini jacks, Clock in/out, MIDI in/out, MIDI out2/Thru, USB and even DIN Sync for syncing older gear such as Roland’s classic synths and drum machines. What’s interesting is that with the Squid, Pioneer DJ has left off the Pro DJ Link ethernet-connection ability that would let you connect CDJ, mixers and other Toraiz devices together – so the Squid isn’t as plug-and-play as some of the company’s other devices. But, of course, you could still sync via MIDI if you choose. 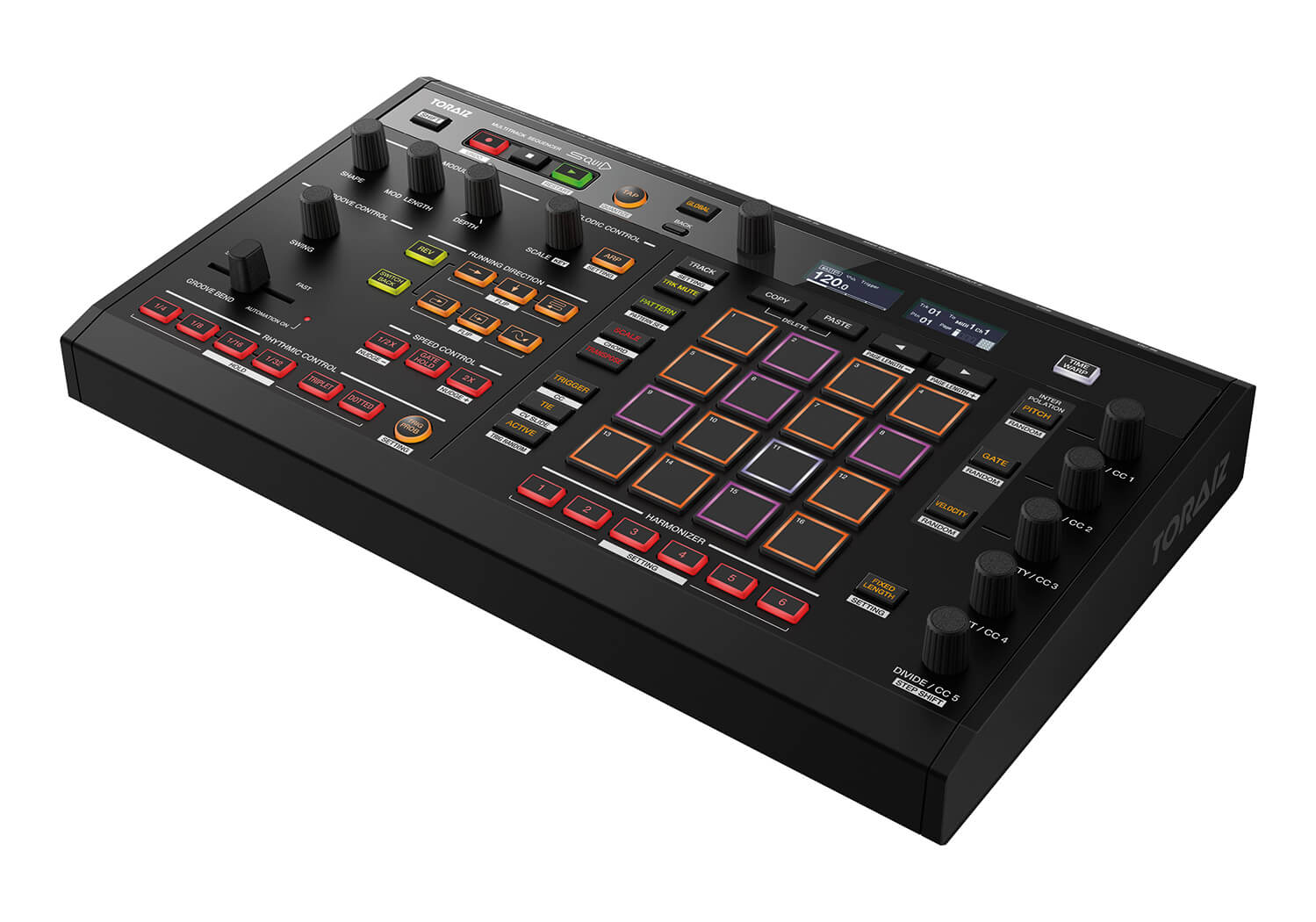 This slew of connections means the Squid instantly takes a temporary home in place of my BeatStep Pro, connecting up to all my gear, both old and new. The downside of having so many creative options and connections is that the unit isn’t as immediately familiar to operate, requiring a little bit of menu diving across the two screens and a smattering of shift functions to access certain features when setting it up. Configuring the Squid isn’t a walk in the park, but it would be difficult to have this level of flexibility and connectivity without some sort of complexity.

An issue I have, which you might experience too, is a comfortable familiarity with other sequencers and how they operate, which led me to expect that the Squid would work the same way. I also immediately missed the 16-step horizontal layout for 808/909-style drum programming.

As mentioned, getting started with the Squid is a bit of challenge and a read of the manual is certainly recommended – it’s not the most instinctive device. Though it is worth mentioning that despite these initial frustrations, there eventually comes a eureka moment when operating the unit suddenly makes a lot of sense and it feels much more intuitive.

When your patterns are programmed and you’ve set all the correct MIDI channels and note assignments for your gear, then jamming with the Squid is fantastic and turns out to be immense fun. Programming patterns and using the scale and arp functions to generate key-locked melodies is also a breeze. The pads are velocity sensitive and feel pretty solid; they’re slightly smaller than those on an MPC or Maschine. Switch the lights off and these backlit pads, screens and buttons glow up and work well – although shift-function parameter labels are pretty difficult to see in low light. 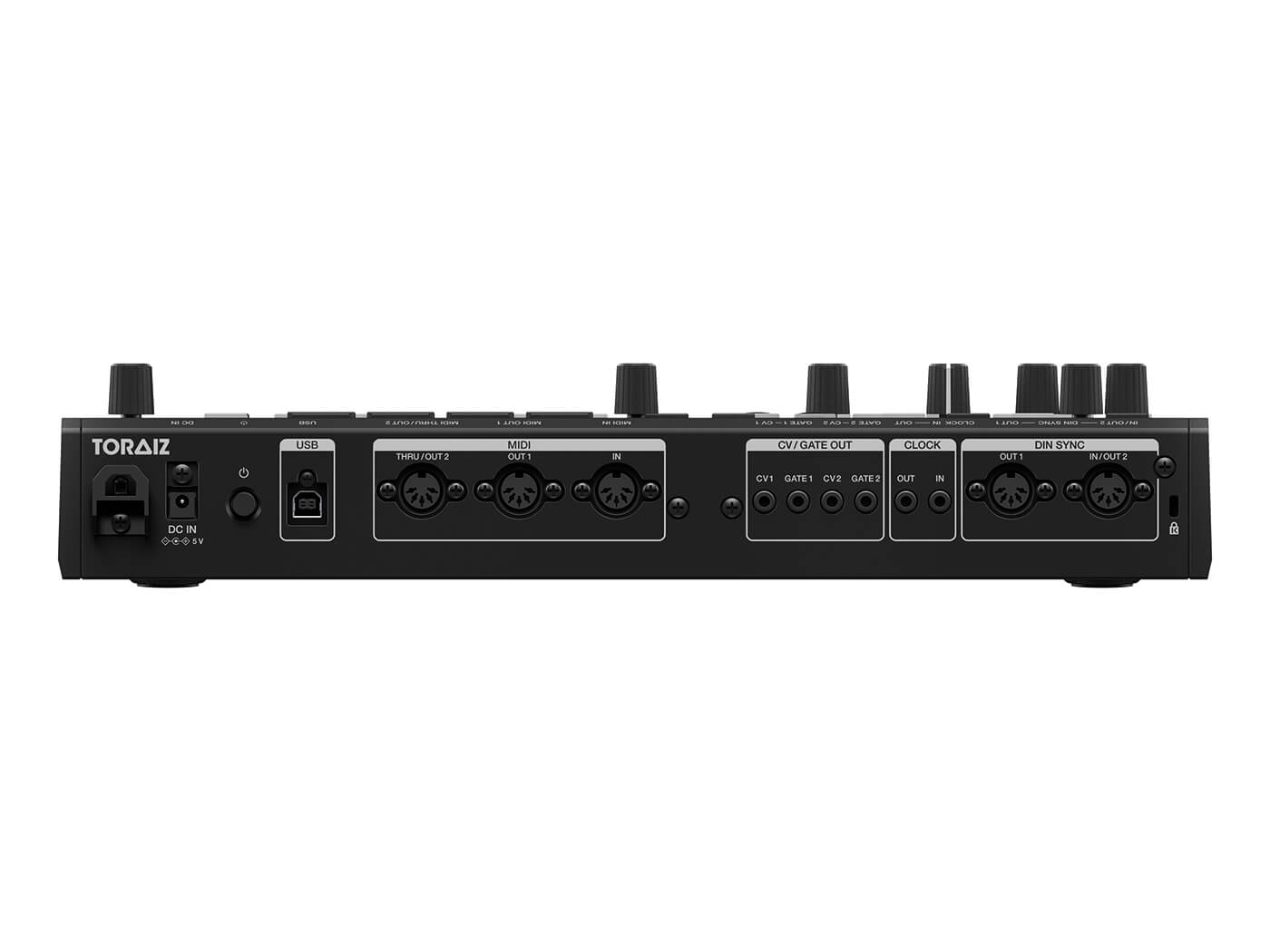 Initially, you might find yourself concocting rigid, Giorgio Moroder-esque sequences, yet with a little more exploration it’s apparent that you can wobble-up grooves and step well beyond these more static patterns. Creating polyrhythms (multiple rhythms that run concurrently without being based on the same rhythmic meter or timing) with the Squid adds a great deal of interest. Using the Fixed Length button, you can control a pattern length and even make it fractional. So, if you want a hi-hat pattern that loops every 3.5 beats, you can.

When you explore the ability to change the number of steps that correspond to each pad with the Count rotary and use the Divide rotary to change how many notes are triggered on each step, you begin to really be able to make complex and unusual sequences. You can really dive deep when you start combining this with the speed modulation controls, allowing you to essentially slip notes forwards or backwards by oscillating the playback speed with different wave shapes. You can also hit the Speed Control buttons to trigger notes at 2x and 1.5x, perfect for those trappy, rolling hi-hats and buzzy snare fills on the fly.

As you might expect, adding swing to each pattern is also possible and is operated by a simple rotary, but will not affect the master-clock output timing – in case you wanted to swing the overall clock, for some reason. Unique to the Squid is a feature called Groove Bend. It’s a spring-loaded crossfader or sort of horizontal pitch-shift control which adjusts the trigger step timing to be up to one step faster or slower, depending on the amount the Groove Bend is pushed left or right. You can input this when the automation is switched on, enabling you to vibe with the sequence and customise your groove. 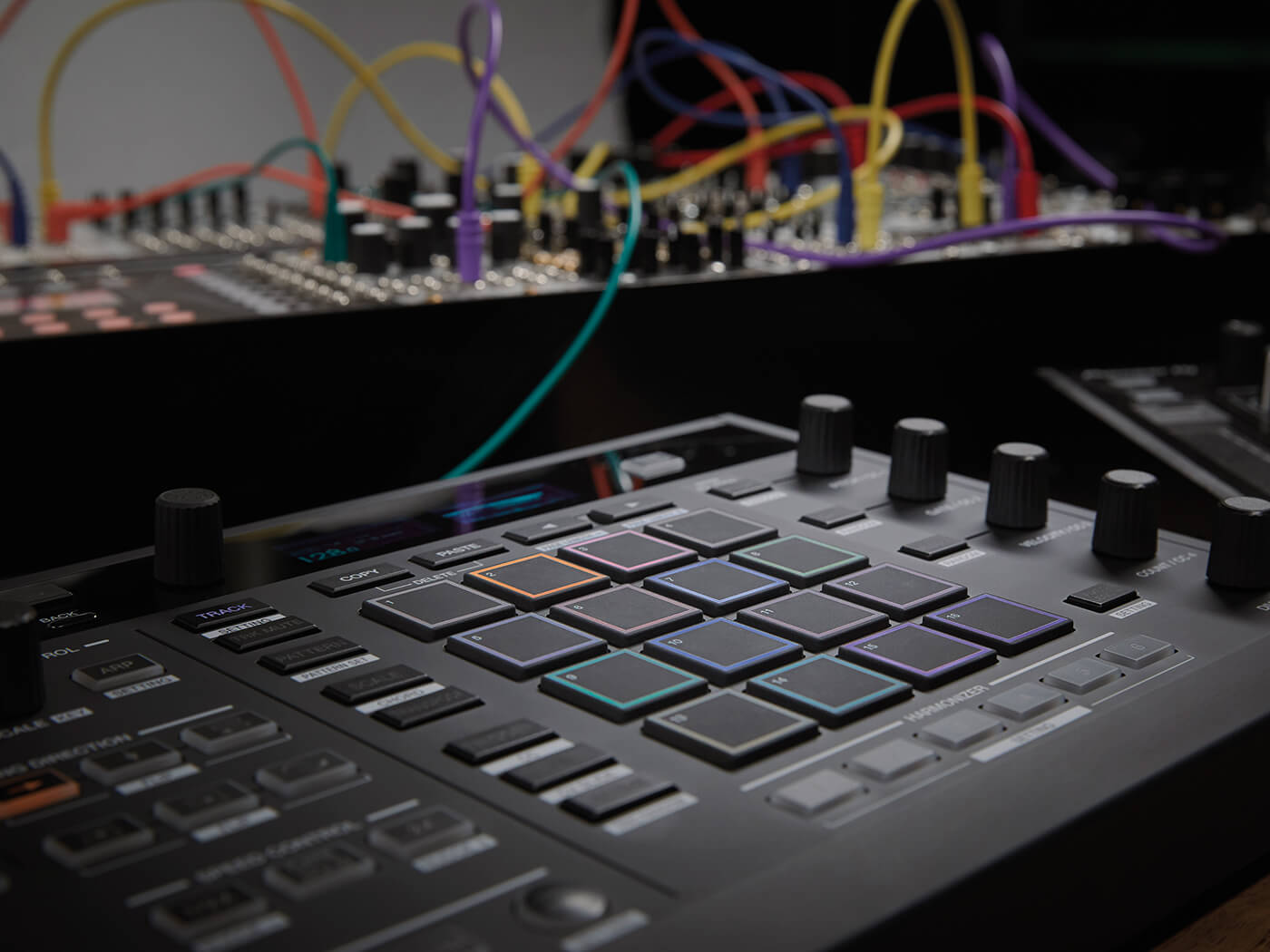 All these variations on timing, step amounts, speed modulation, swing and groove are brilliant fun and make the journey of discovering the creative possibilities of Squid really fantastic. When you record automation to these parts, start dialling in the trigger probability, then jam against the parts you’ve programmed with the rhythmic controls, you can turn basic patterns into really eccentric sequences. There’s also the option of adding randomisation to pitch, gate and velocity functions, too, so if you find yourself creatively challenged, the Squid is happy to offer its own input.

It’s also possible to assign control changes by using MIDI CC data assigned to the five rotary knobs on the right-hand side of the unit or by step-sequencing CC values in per step. Cleverly, you can also hold down multiple pads and give them all the same MIDI CC value. Useful, for example, if you want to assign a filter to offbeat hi-hats to give the impression of tonal velocity changes on a single sampled hit. It also means, if your external gear allows it, you can sequence things like filters, LFOs and whatever else your equipment will accept via MIDI CC.

Moving onto using the Squid with the free downloadable Squid Manager software, it’s a simple little application that allows you to back up and store your patterns to and from the Squid with a simple click, or transfer MIDI file patterns back and forth to the Squid by dragging and dropping them within the application. It’s not as in-depth as the software for Arturia’s BeatStep Pro, but it seems obvious that this will be something that is developed by Pioneer DJ in the future.

The Squid is quite simply a very clever sequencing device with a great amount of depth. During the course of this review, it has positioned itself at the very centre of my studio. The Squid seems to be solving so many problems of gear sync during a live performance, while also offering more than enough creative possibilities and random spark to generate those moments of accidental brilliance when building ideas. 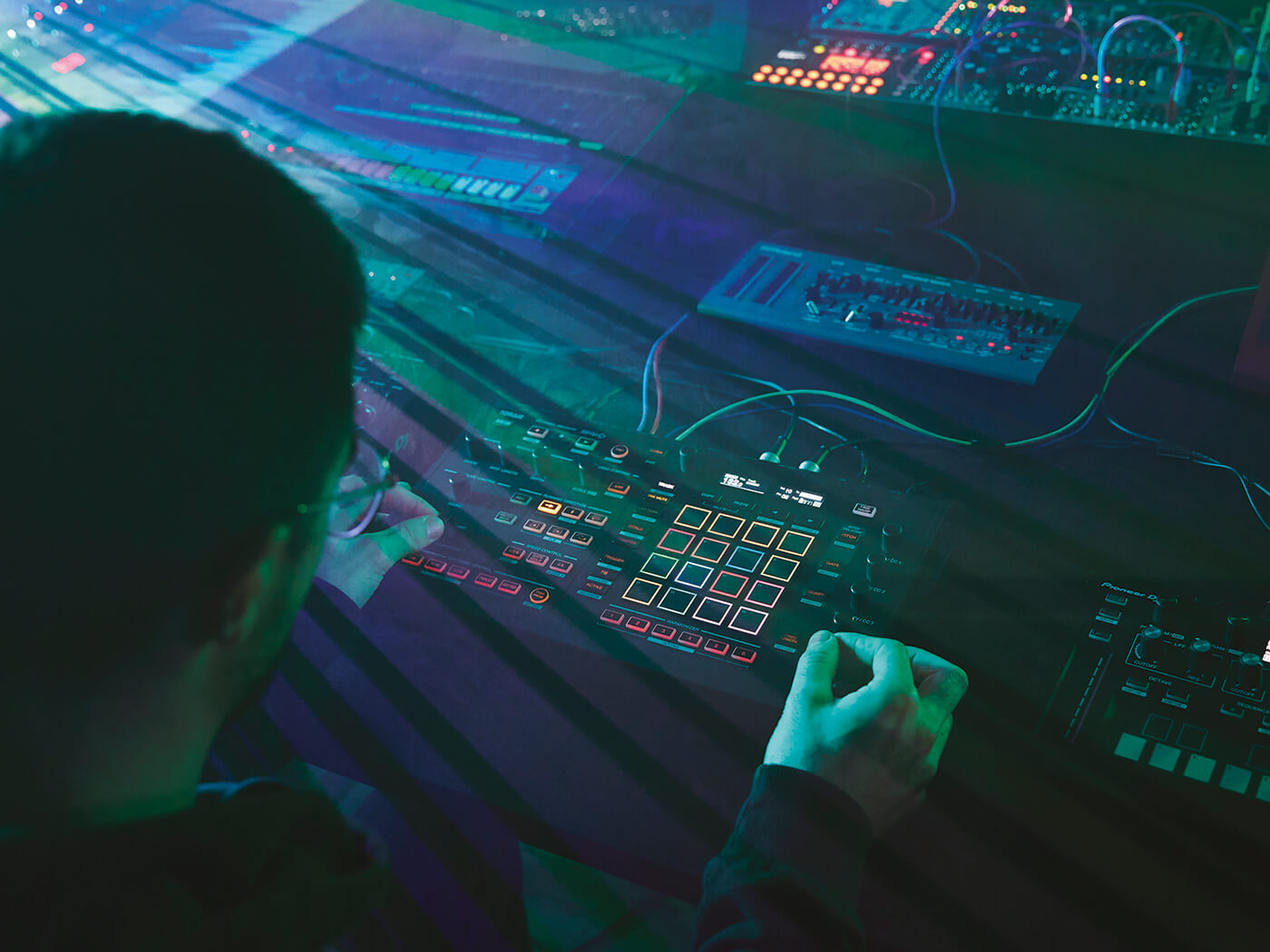 It’s fair to say that the more I dig into the Squid, the more I really like it. It has also reignited my love for some of my more basic monophonic synths and drum modules that weren’t getting as much attention in the studio any more. Pioneer DJ has found a really nice middle ground here. Even though there’s definitely a learning curve, it’s still simple enough to dive into as your first hardware sequencer, yet rich enough in terms of features to satisfy advanced users looking to build large, complex live shows or connect a lot of hardware. It’s an investment that hopefully will have features added via future firmware updates and will prove a useful tool for many, many years.

If you already have a drum machine and a synth, adding the Squid will transform your workflow, adding an immediate yet alternative way of generating usable ideas and actually forming them into arrangements and tracks. For somebody already software focused, using Ableton Live and Push or anyone deep into NI’s Maschine, it’s probably fair to say you could set up a fair amount of the functionality from your DAW controlling external gear. That said, you’d still need to purchase a MIDI/CV interface and wouldn’t have the DIN sync option. 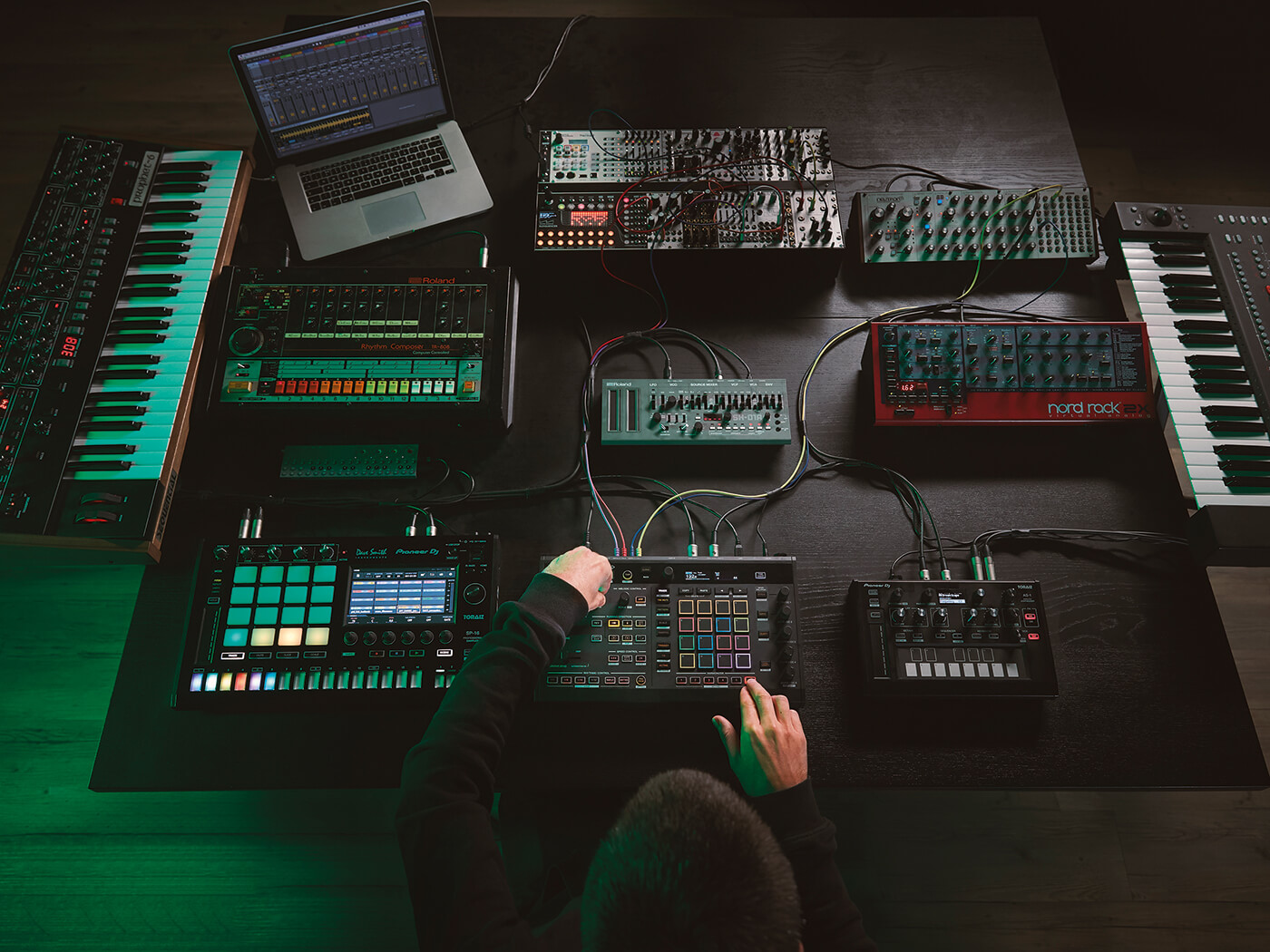 The Squid is a device that will grow alongside your gear in the studio and help inspire you for years, but take it to the stage and it’s a beast. For anyone looking to take their electronic music live, the Squid offers so much capability and connectivity it should certainly be on your shopping list. Although devices such as Arturia’s BeatStep Pro offer amazing value, I found the Squid to be a device that offered so many features I could really grow into it – certainly worth the extra expense and learning curve. Do I need it? No. Do I want it? Yes. 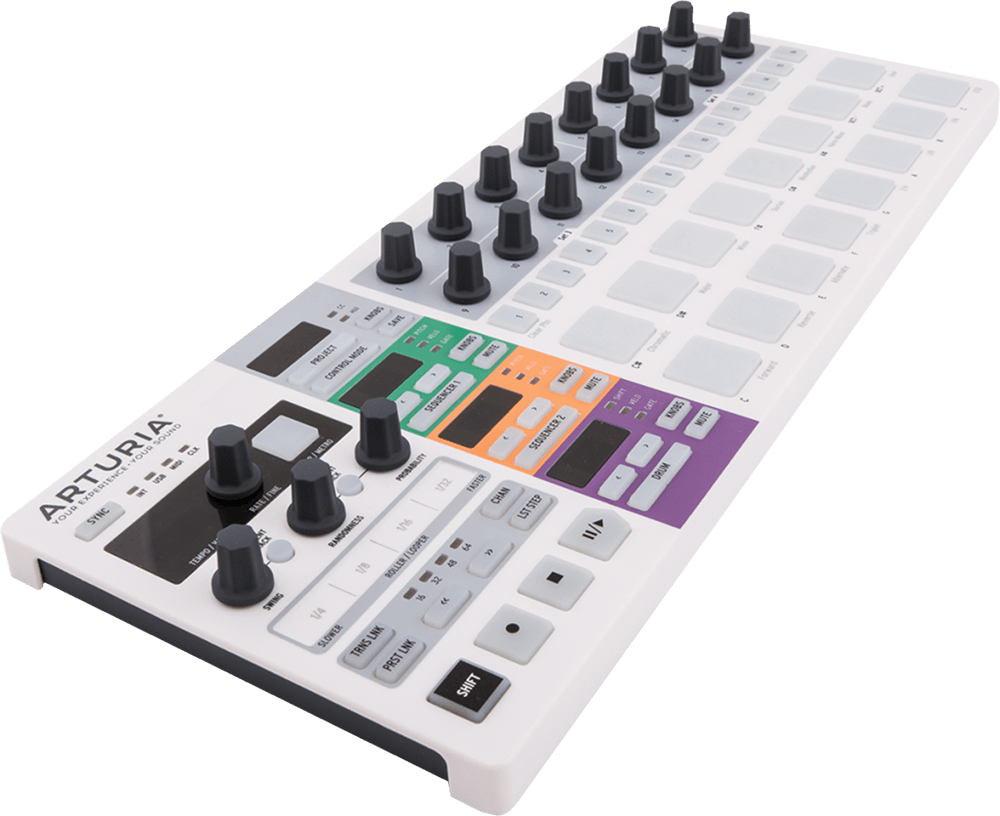 A hugely successful piece of gear spotted in many musician’s live rig and producer’s studio. It offers MIDI connectivity, CV/Gate, drum triggers and great software updates adding more features. For one-third of the price of the Squid, it’s always going to be heavy competition. 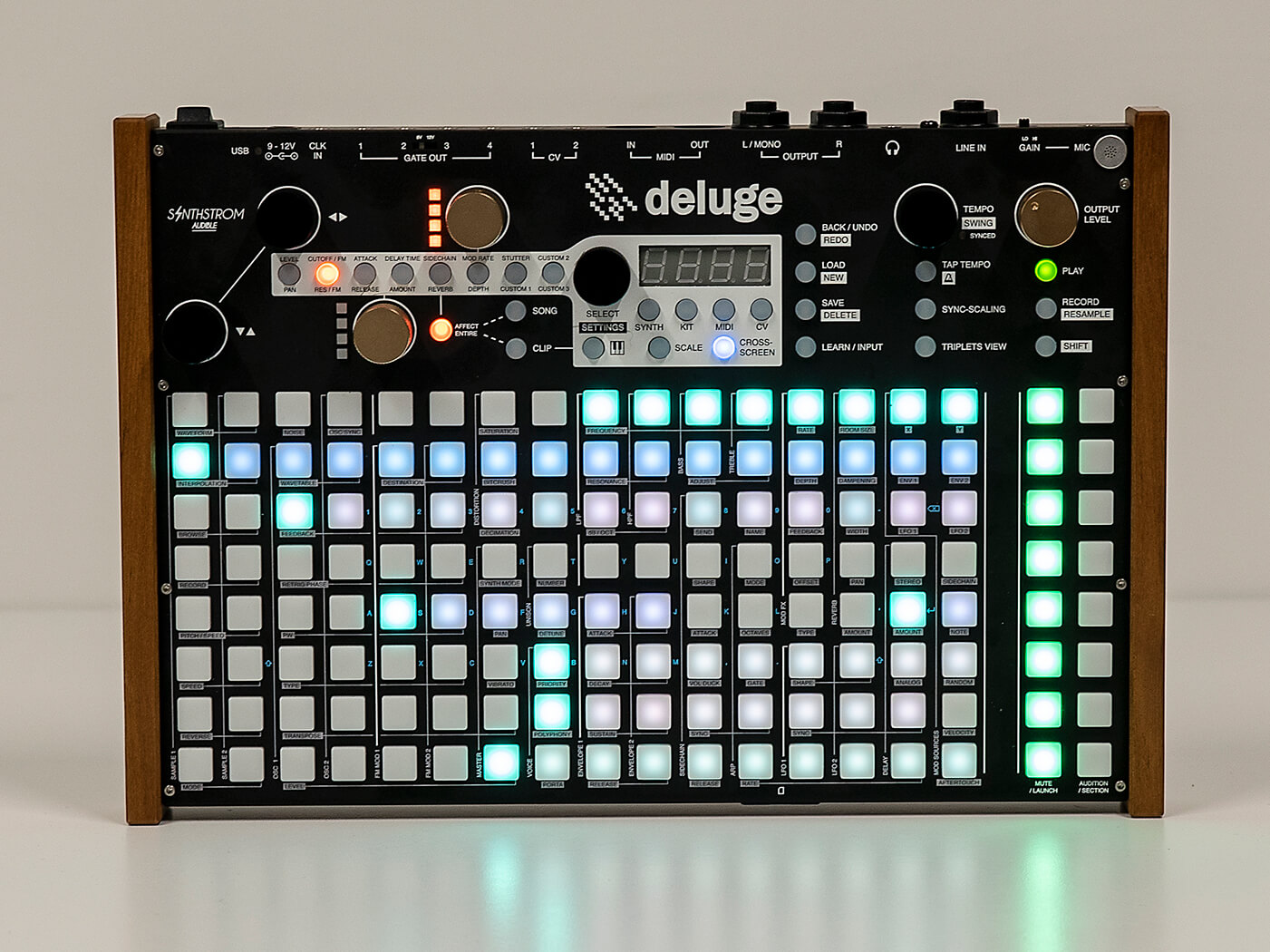 A synth, sampler and sequencer, this boutique device is small and extremely powerful. It’s happy to sequence external gear as well. It’s more expensive than the Squid, but makes noises all by itself.