If you’ve ever wanted a wavetable synth that’ll fit neatly into your laptop bag, you are firmly in luck, as we get crafty with the latest pint-sized package from Modal Electronics… 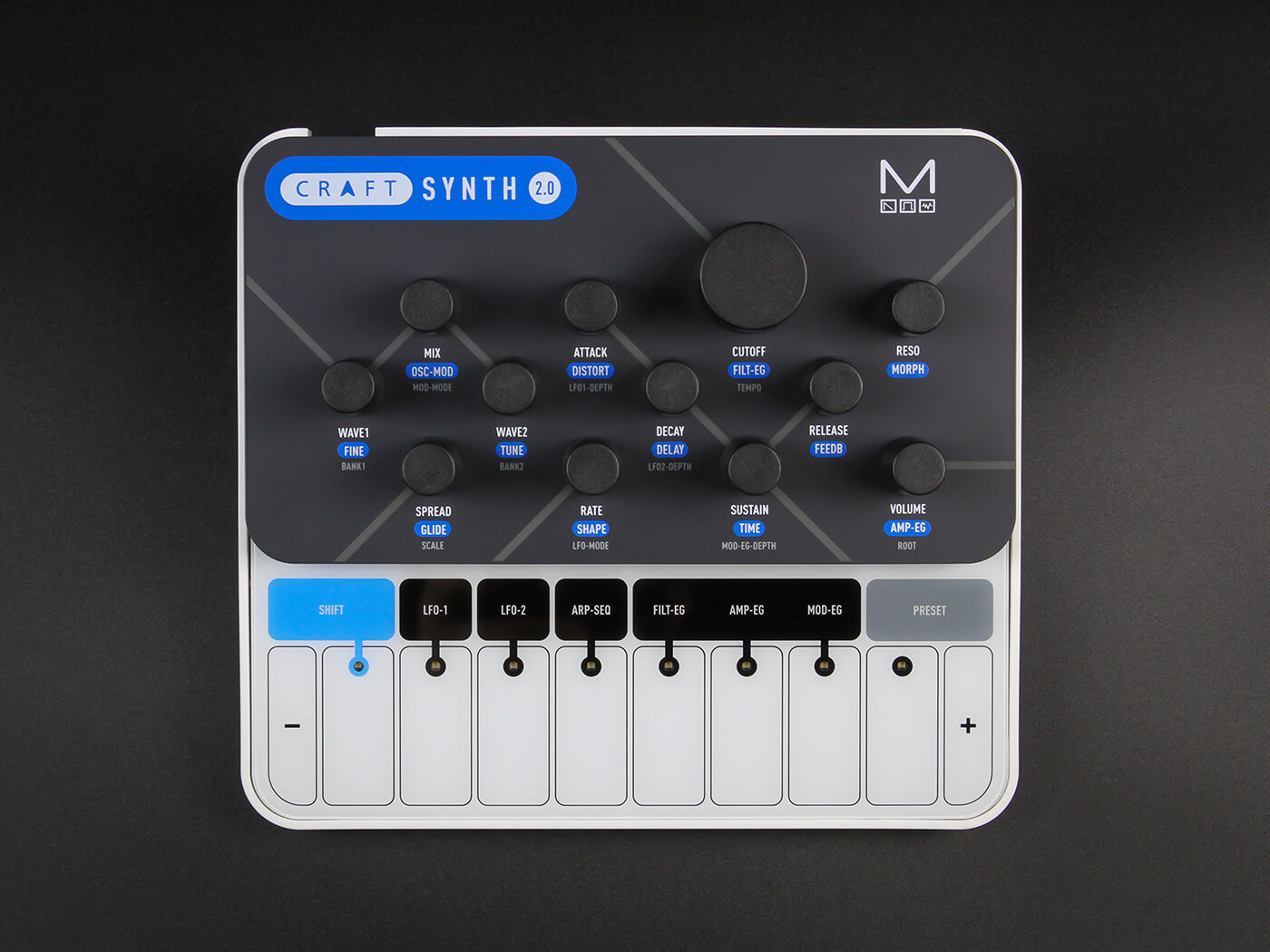 It was only a couple of years ago that British company Modal Electronics entered the synthesizer marketplace, with the rather fine PPG-inspired 002. Once we’d got over the awe factor, things were quickly followed by the all-analogue 008 and while both of these machines were clear budgetary aspirations, we found ourselves pondering if there might be some more affordable releases.

As luck would have it, something has duly arrived in the shape of the CRAFTsynth version 1, which was something of a self-assembly affair, but certainly offered potential on a budget. After a highly successful Kickstarter campaign, Modal finds itself with another little crafted monster, but in a manufactured box which feels more robust and portable.

CRAFTsynth v2.0 bills itself as a monophonic wavetable synthesizer, in a highly compact, but rather stylish and cute little package. At a mere 150mm wide and a little less deep, it’s not exactly on the grand scale of the 002, but don’t be fooled into thinking that it sounds small, because beneath the nicely moulded plastic exterior is a significant synth engine, with a large amount of control and playability. 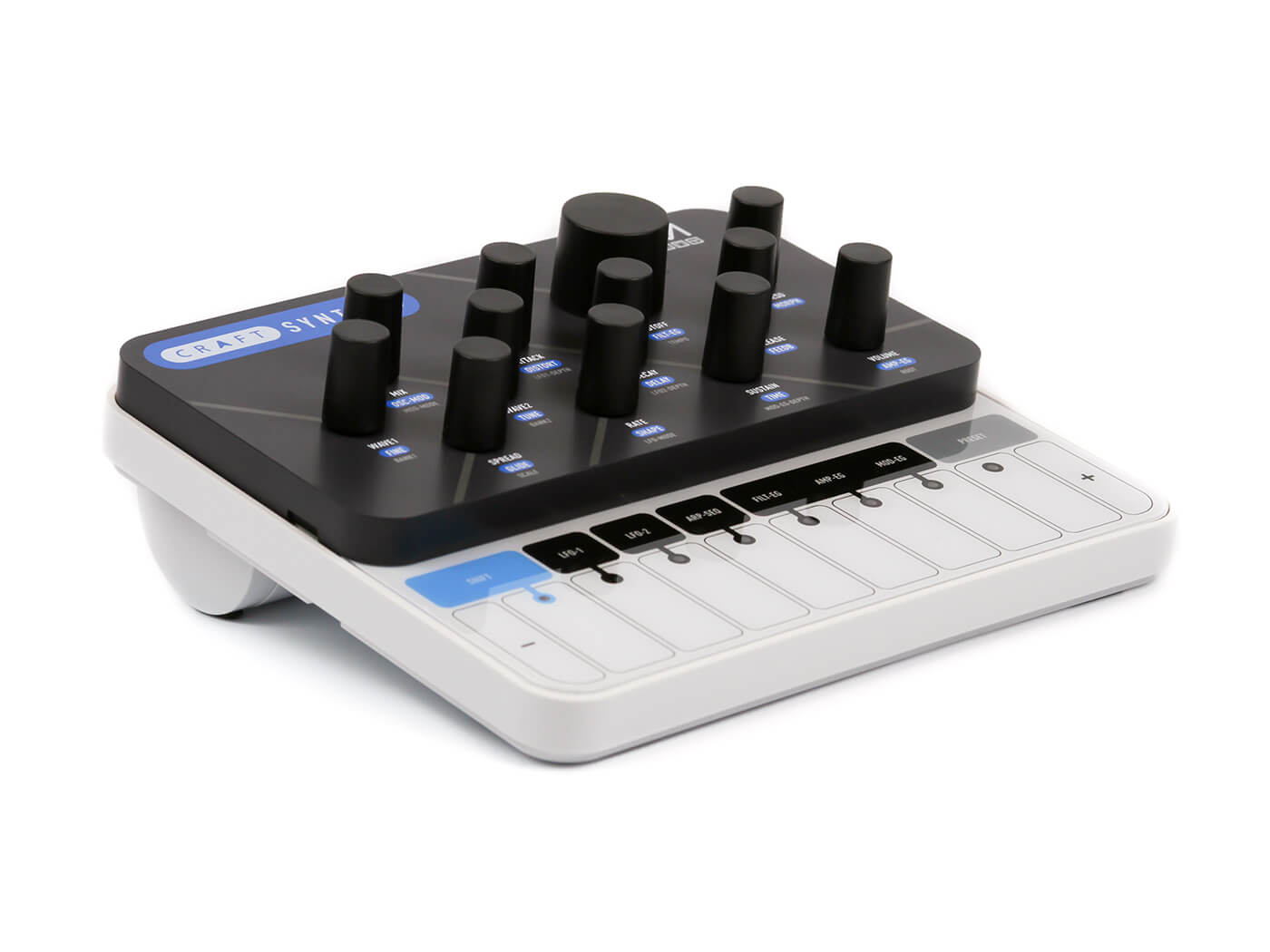 The CRAFTsynth sneakily uses the battery compartment to create a barrel-like footing, meaning that the front panel leans toward the user very nicely, with clearly labelled controls, all of which take the form of full rotary encoders. This is firmly a digital synthesizer which integrates beautifully with computer-based devices in a number of ways, which explains the importance of making the pots necessary to rotate fully. This is not an expensive unit, but even so, the pots are exclusively Bourns encoders, feeling great in use, while offering a degree of quality assurance.

Power can be supplied via three AA batteries, meaning that it’s possible to use the synth as a standalone device. Should you choose to go this way, there are plenty of real-time control features available: all the usual oscillator and filter options are there, with shift-based control of the more secondary elements, which might be less required in a live setting. It’s also equipped with a basic eight-note touch keyboard, which in default produces a diatonic major scale. This can be changed to one of eight scale types, but it’s likely that moving beyond the most basic of musical duties will require the presence of a musical keyboard. It does offer an onboard arpeggiator, which is sequence based and can be easily programmed by the user and for triggering – the keyboard serves a useful purpose.

Getting right down to the sound, first impressions are of a firm weightiness, with plenty of movement and modulation and a clarity of digital brightness in the top end.

The oscillator section is pretty comprehensive, with a very plentiful selection of source waves. The most basic of these are hearty virtual-analogue shapes, which can be morphed from one state to the next. This quickly lends itself to modulation, for creating subtle or exaggerated movement in shape. However, moving away from the more usual subtractive flavours, there is quite an array of digital waveforms and wavetables, all of which allow for morphing and sweeping, which is pretty smooth, while drawing in the user’s ear. 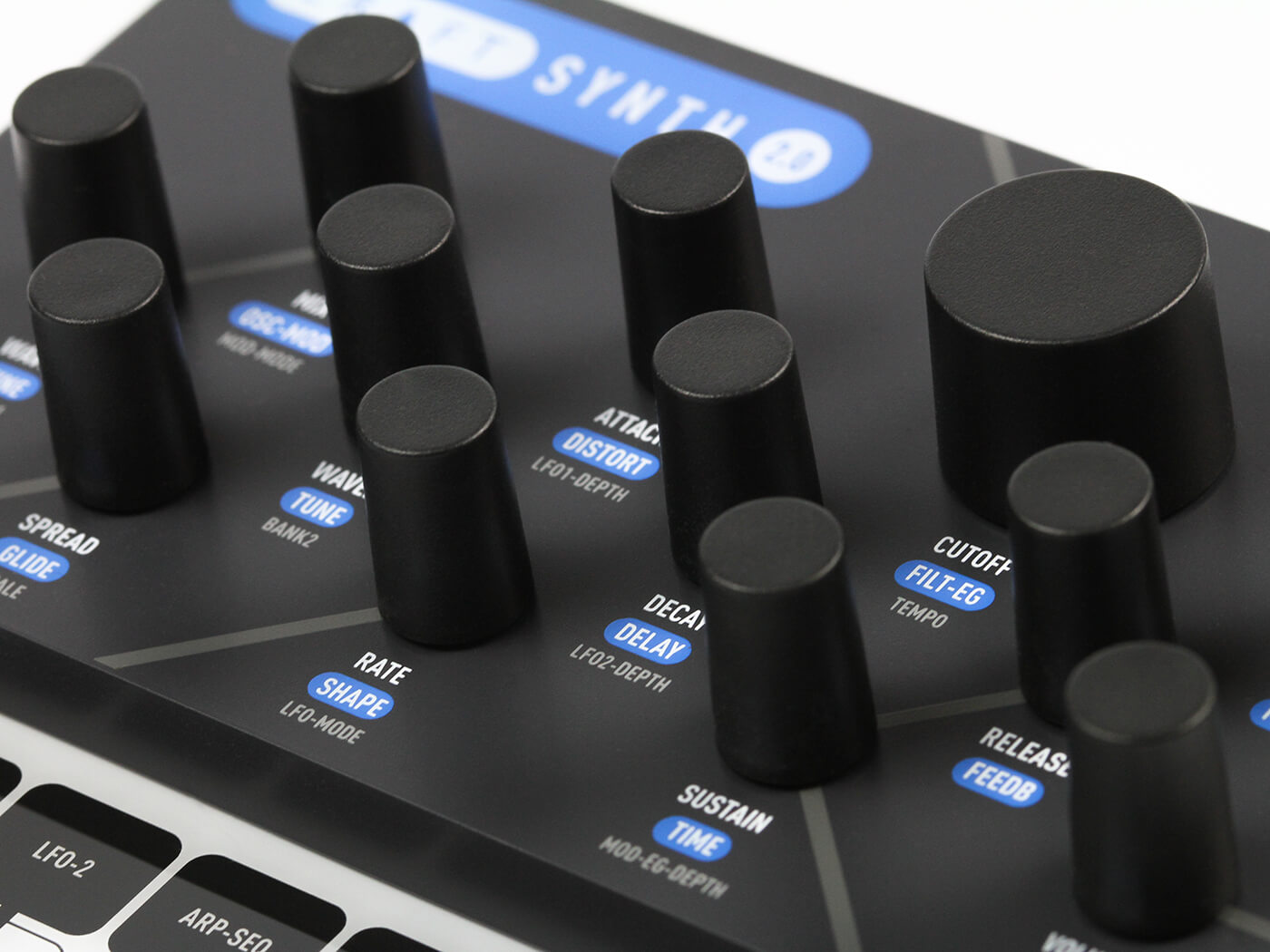 The onboard control elements are organised in a pretty logical way and it doesn’t take long to work out the basics. In a nice touch, the LEDs located on the CRAFTsynth’s keyboard illuminate to offer a degree of indication as to control amount, while the shift key latches to offer secondary functionality. A good case in point is with the filter; the resonance control is smaller in size to the cutoff pot, while latching the shift key repurposes the resonance pot to morph the filter, see-sawing from low to high pass, while taking in band pass along the way.

Given the size of this little contraption, I actually find it pretty easy and intuitive to use. However, once I get my initial noodling frenzy out of the way, I swiftly turn my attentions to the connectivity side.

Audio is available via the dedicated line out or headphone outputs, while MIDI is class compliant – and this is where a number of usage proposals present themselves. It’s possible to link this to an Android or iOS device, allowing for easier scope with editing. This makes for a very nice user experience, especially on a tablet, with the ability to get at more controls all at once. Hooking directly to a computer gives the option to use with the standalone Modal App, or use as a DAW-based instrument, under VST3 or AU control. It’s important to stress that all the sonic stuff continues to emit from the CRAFTsynth itself, but it opens up a very beautifully designed interface, which makes editing an absolute breeze.

As we’ve already mentioned, there are some lovely elements which morph and lend themselves to modulation. Through the app, it’s a very simple process to assign one of the two LFOs, or the modulating envelope, to one of these parameters. Moreover, there is a tremendous elegance to the way that the hardware syncs with the software. MIDI CCs fire with each hardware tweak, making automation very simple indeed, while the parameters dance in complete synchronicity onscreen.

I think it’s also fair to say that while there is access to most things via the front hardware panel, having everything laid out in a single window somehow acts as a reminder for potential. The app also offers a live page, where it makes for an easy location to change elements such as the scale type to be deployed on the inbuilt keyboard.

The CRAFTsynth 2.0 is something of a surprise. Monophonic wavetable synths are a little thin on the ground, but when you consider that you get all this functionality, along with inbuilt backend effects in the shape of distortion and delay, it’s a very tidy package made all the more powerful by the editor. It’s a sign of what a useful bit of kit this is that I have already started to consider where I might use it, either in a live environment, or residing firmly on my desk, hardwired into my USB port. 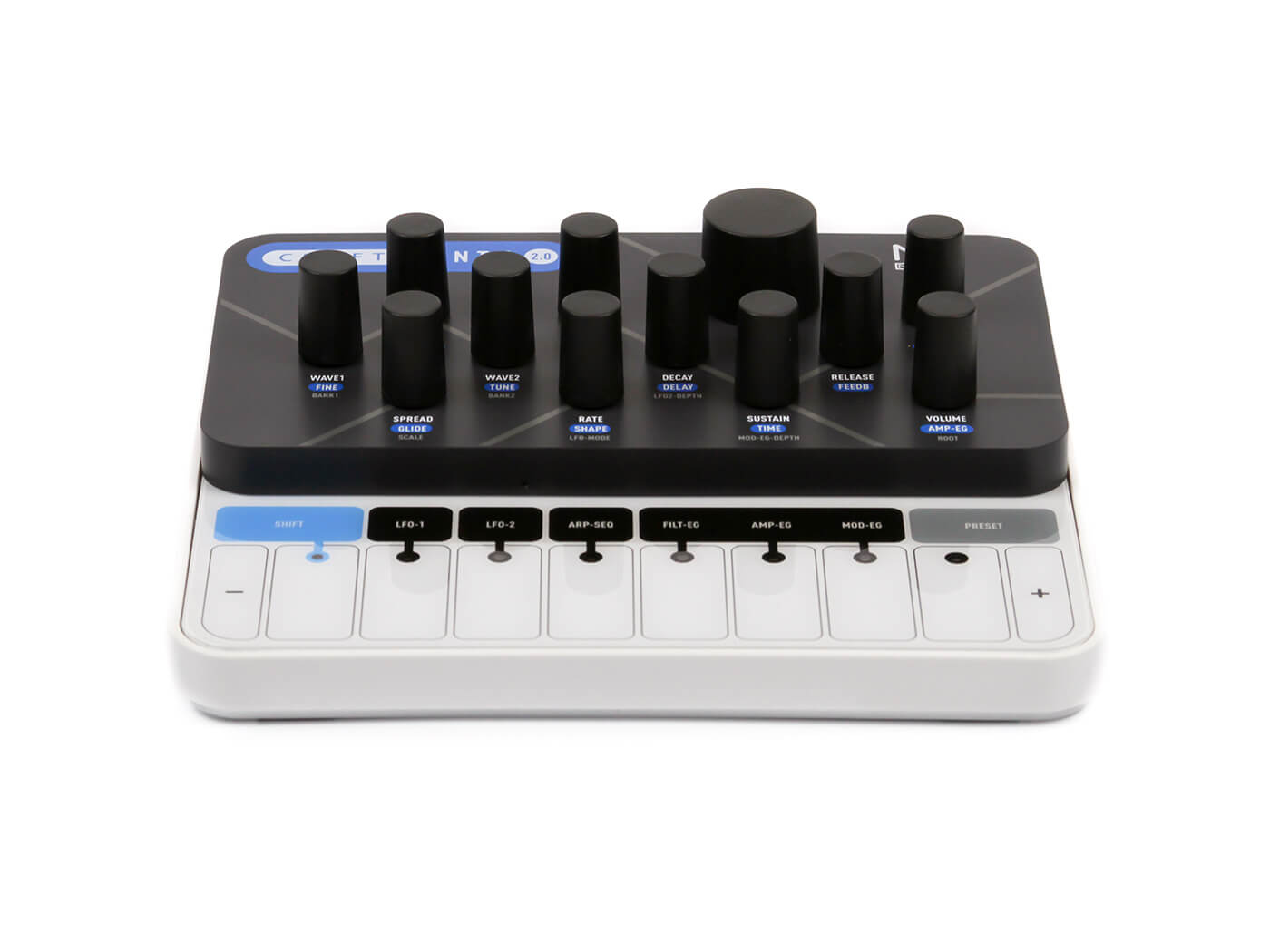 The level of integration is very pleasant and highly usable. It’s got a modern sound – especially when syncing the two oscillators, while the filter is characterful with morph-based tricks up its sleeve. The CRAFTsynth 2.0 a sonic powerhouse on a minuscule budget!

The great thing about this synth is that it is open to so many practical placements, by implication. It could be very usable standalone, in a live environment, allowing for triggering of sequences, while the sync connections will keep itself in time with other similar devices. The app support makes this excellent within a DAW-based environment, allowing for control on the fly, which is always perfect when programming real-time movement.

I guess it’s only a shame that it’s monophonic, but even then, it’s possible to poly-chain four of these together, if desired, to create a poly version – although with eight oscillators in full flight, it sounds huge when stacked in unison mode. If you are laptop based, this could become an indispensable part of a portable rig, weighing next to nothing, and with a cool little accessory case available to keep it protected when on the move. 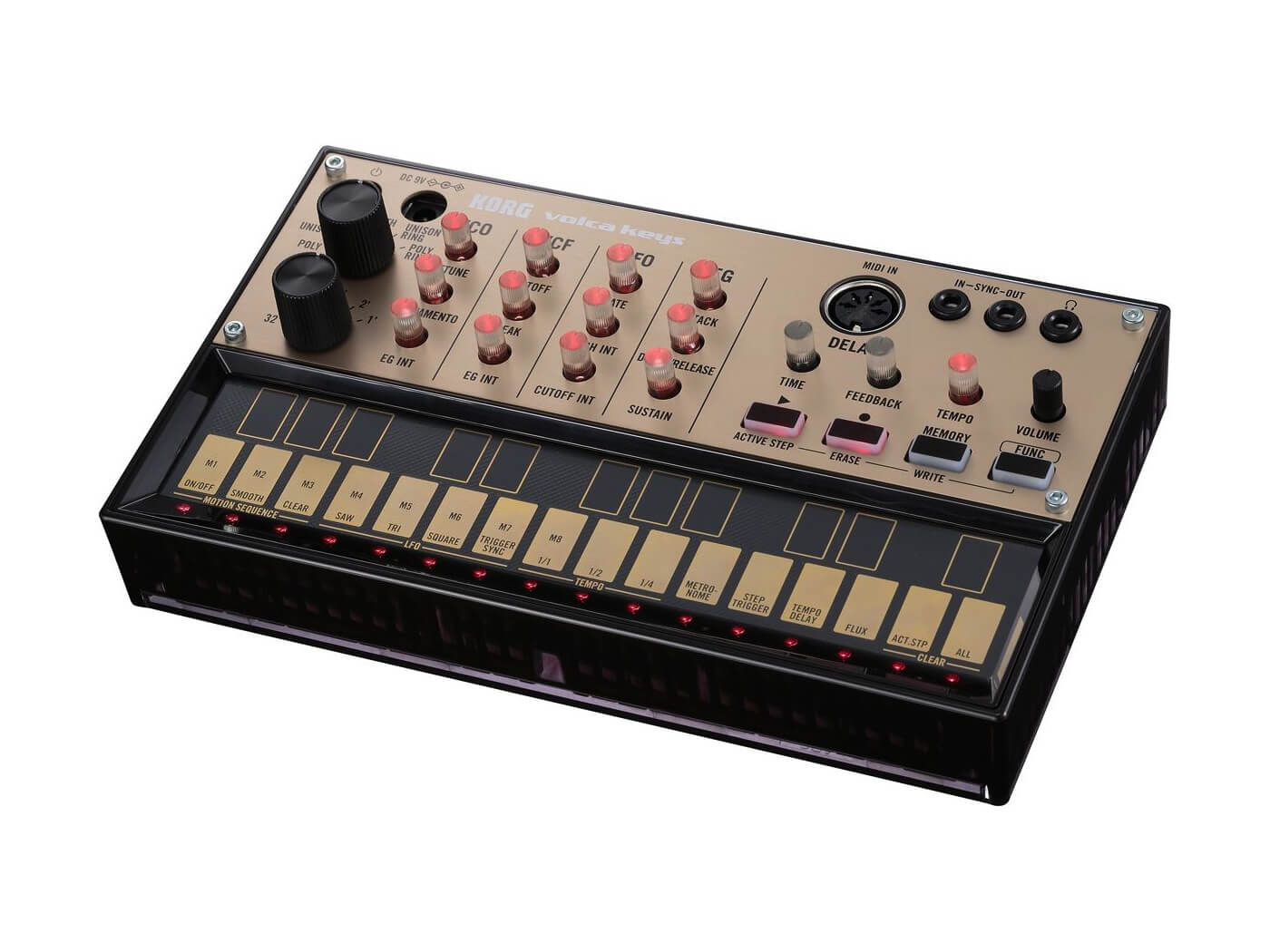 This little device was one of the first Volcas to hit the market, but still has plenty to offer as a compact and useable analogue synth. It also boasts three-note polyphony and MIDI input, although it’s firmly from the analogue school, and lacks the complex waveforms. 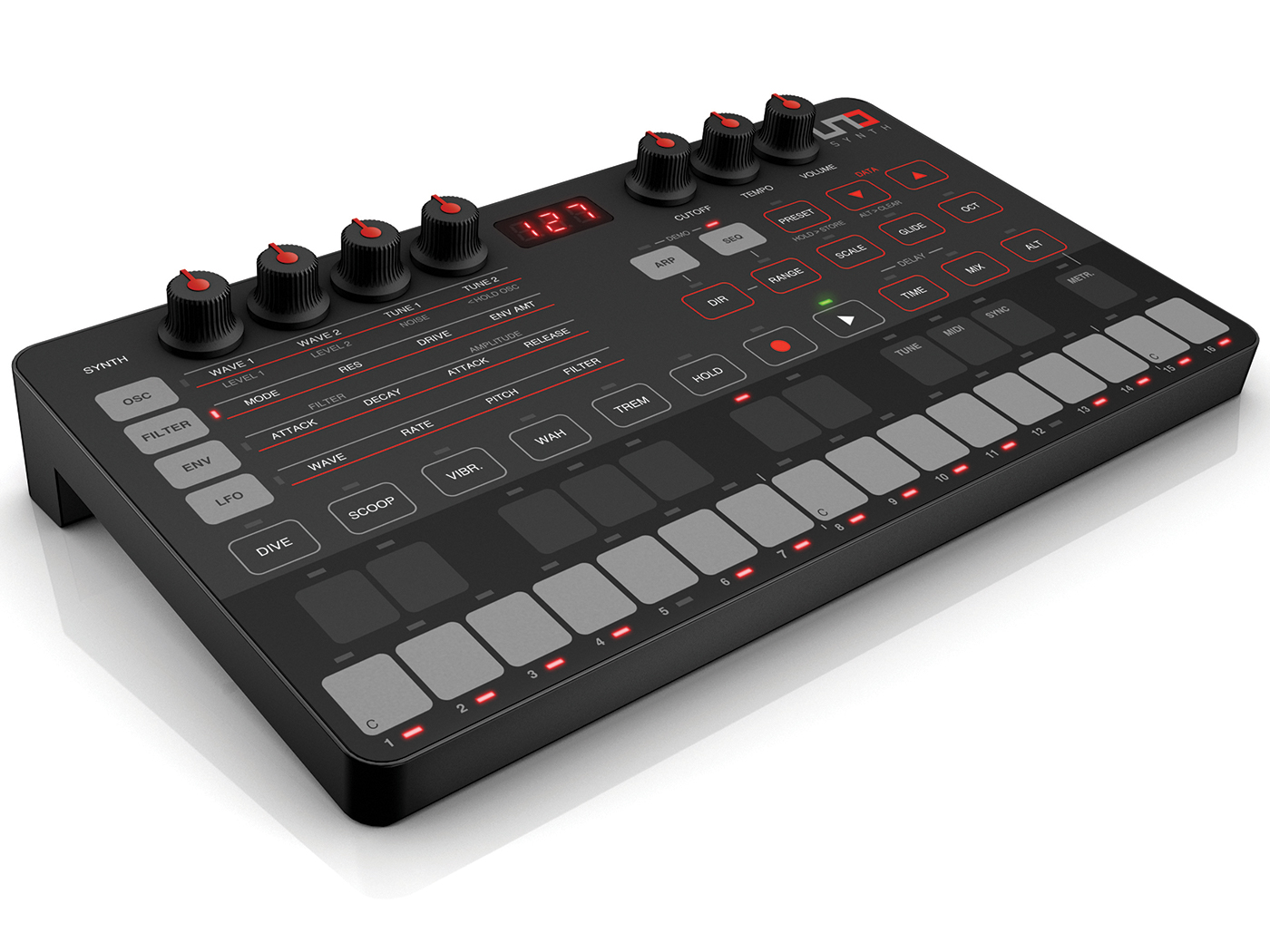 Another all-analogue affair, the Uno offers a slightly different level of access, exploiting four main pots and an onboard menu to alter the various parameters. It, too, offers the usual subtractive-style analogue waveforms, but lacks the complexity of wavetables found in the CRAFTsynth.