Want to get into modular synthesis and explore the more intricate ‘West Coast’ sound without spending a fortune? We say ‘yes’ and ‘yes’ again. 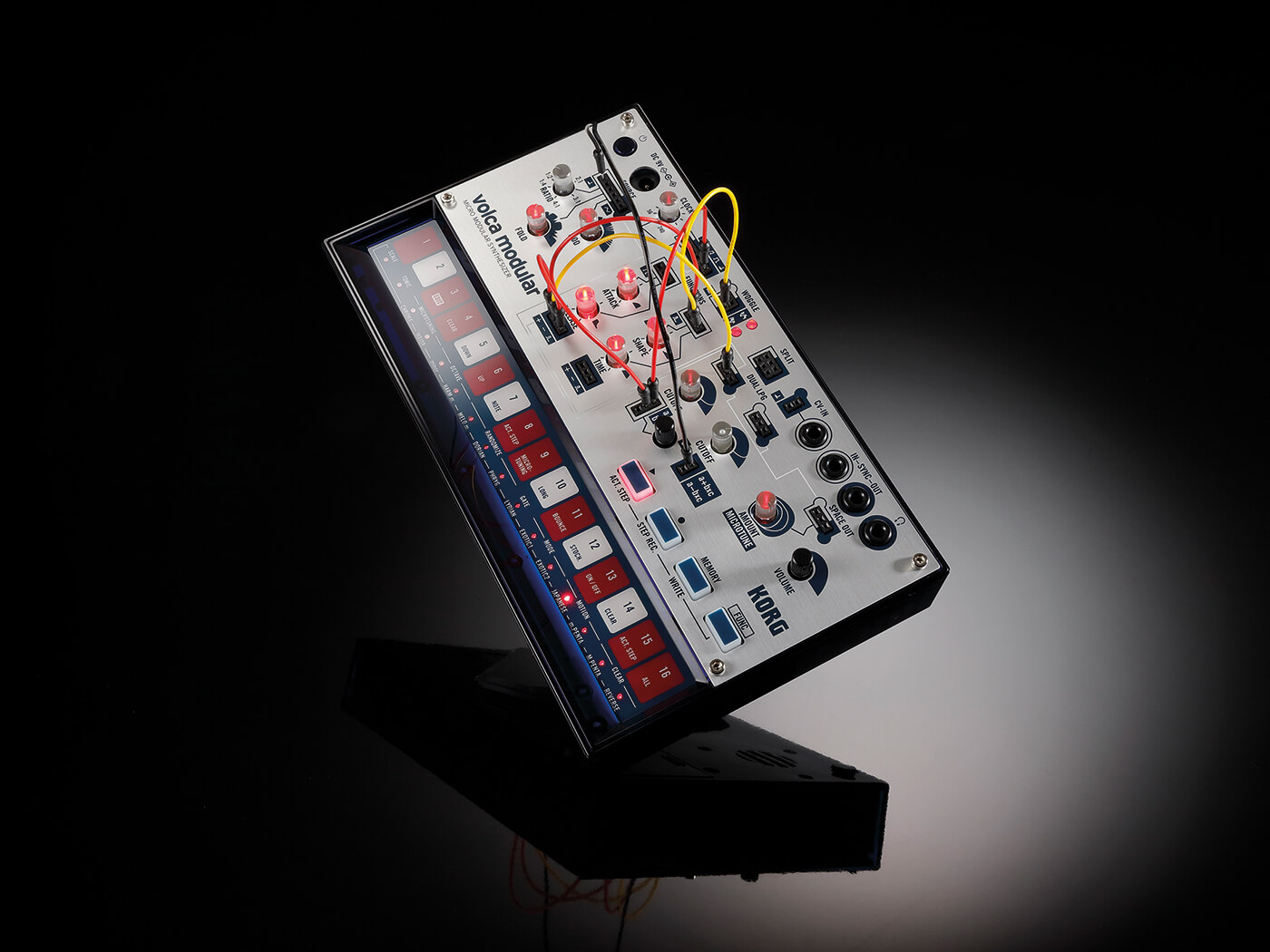 Korg isn’t afraid to do something a little bit different – that, we should all know by now. From my first experiences testing its original Wavedrum, some 25-odd years ago, I know the company can and does like to release curveball products.

On first inspection, its latest Volca Modular – the new arrival in a line of devices that very much focuses on particular aspects of sound making, like bass, beats, kick drums and so on – appears to be ‘just’ a patchable semi-modular synth. And it’s probably aimed at those just starting out in modular synthesis. I mean it’s less than £200, after all.

Korg confirms this by describing Volca Modular as “a semi-modular analogue synthesizer that makes modular synthesis more accessible and understandable than ever before”. But actually, synthesis-wise, that might not be so much the case, as Volca Modular is very much focusing on what has been labelled ‘West Coast synthesis’, perhaps the more complex variant of modular synthesis, which deserves some explanation before we get too carried away with the unit.

History has probably already exaggerated the ‘versus’ aspect of this so-called synthesis battle between the USA’s East and West Coast, as really, it was just a few synth pioneers experimenting with different ways of manipulating sound electronically in the 1960s, who just happened to be on opposite sides of the United States.

In New York, Bob Moog was working on the synthesis we all know and love: subtractive. Think oscillators generating square, sawtooth and pulse waves, with filters sweeping across them. From there, the signal passes through a Voltage-Controlled Amplifier (VCA) and envelopes to shape pitch, filter and amp characteristics. It’s subtractive synthesis in its purest form.

On the West Coast, Donald Buchla (think Doc from Back To The Future, if you like) had clearly got his kicks on Route 66 and was opting for a wilder approach to synthesis. In order to shake things up a bit, West Coast synthesists like Buchla and Serge Tcherepnin opted for a complex oscillator which could act more like a pair, with one (modulator) varying the frequency and amplitude of the other (carrier). 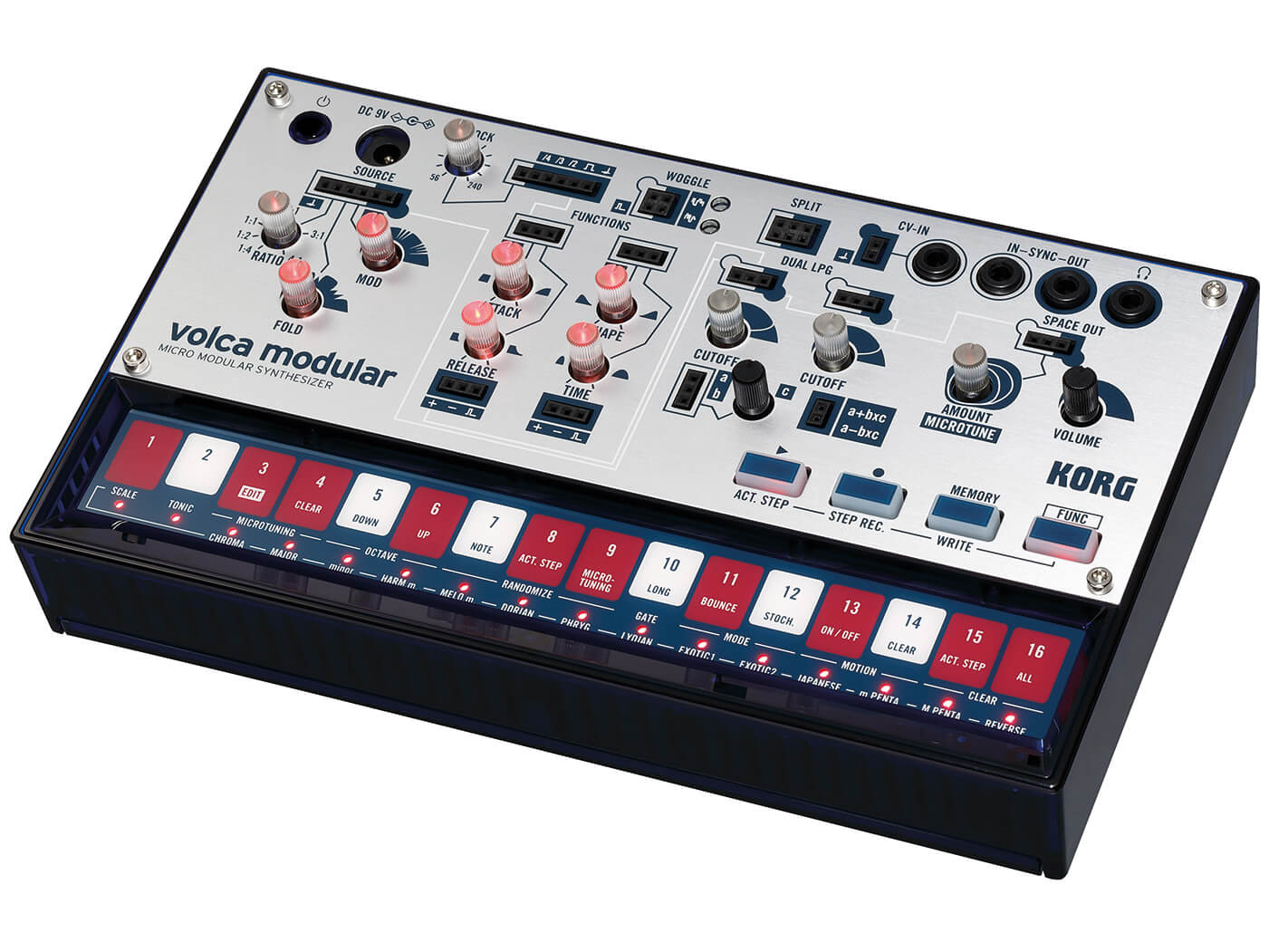 Another West Coast angle might employ a wave folder that could be applied with a shaping function to alter its character. Typically, a Low Pass Gate would refine frequency and amplitude, tweaking a little like a filter and reacting like a VCA with control voltage applied. Add a 2-stage AD/AR Function Generator, rather than 4-stage ADSR envelopes, and the resulting sounds would generally be more percussive, random, experimental and dramatic than the smoother, more predictable results from subtractive synthesis. So Buchla was, perhaps, more experimental, while Moog was a more ‘one note, one speaker rattle’ kind of guy.

Okay, this wasn’t exactly The Beatles v The Rolling Stones and, of course, the current wave of Eurorack euphoria means that most users probably don’t care much about dealing with either approach, as they can mix and match whatever modules from whatever synthesis type to make something that either pioneer would have been proud of. That is the whole point of modular, after all, but the fact that Korg has opted for the West Coast angle is interesting. As I say, while the price and ease of patching might be beginner, the results could be very different indeed.

The guts of Volca Modular are analogue, but there is a digital Space Out reverb that can be applied to the output. This is one of an incredible eight modules crammed into the unit.

There is more detail on these later in the review, but you essentially get Source which contains the VCO carrier and modulation, which then goes through a Wave Folder for additional character. Functions contains 2- and 3-part envelopes; Woggle is a sample & hold random generator with a pink noise source; Split does what it says and splits the input into two outputs; Dual LPG acts as that Low Pass Gate I mentioned earlier, it functions as both filter and amp; Utility is both mixer and controller; Space Out is that reverb; and finally, Sequences is, you have probably guessed, a sequencer.

Despite employing a West Coast synthesis approach, actually using Volca Modular will be a familiar experience, no matter how much experience you have had with modular synthesis. In fact, its semi-modular approach means you could ignore all the patching completely, as you can easily wrestle sound out of it without plugging anything in, as the modules have an interconnection which is only modified if you plug cables in.

This would be ignoring about 98 per cent of the fun, though, and the modular-cabling aspect you’ll either know and love, or be coming to fresh. Either way, the manual is actually excellent, describing each module in detail and the types of signal each takes in and spits out. It’s thoroughly recommended reading to both new and experienced users alike.

To sum up, you quickly get to know the routing rules and where to patch the supplied cable. Plug an input pin into any input hole with a clear outline, take one out of any output hole with a dark outline. The main signals are: audio (denoted by a protruding circle on the black outlines), control (for modulation), gate (length) and trigger (for resetting). Each module then has a list of sub-signal types listed at its inputs and outputs.

Like I said, Volca Modular is not based on subtractive synthesis, but actually using it will be a familiar experience to subtractive fans. From left to right, tweaking Source controls will have the drama that tweaking oscillators has; the Functions will act like traditional envelopes; and the Dual LPGs are (a bit) like a filter. But when you get into the patching, the proper experimentation begins, and this is the heart of the beast.

If you are starting out from scratch with modular synthesis, again the manual is your best friend. Try the very first example, which details how you can hear and tweak the main Source carrier output, the main sonic ingredient, if you like. From here, you then modulate it with the output of the LPG Rise Fall generator to hear that in action, and then take the Sequences Gate out to the other LPG ADR envelope to hear the sequencer in action, too.

Basically, in about 10 minutes, you’ll have covered a lot of what Volca Modular can do, and once you have your head around that, you can then dive in deeper and experiment.
There are some cracking patch ideas to try from the manual and Korg website if you get stuck, and you have 20 patch cords supplied with the unit for your tour around its 50 patch points. Among much plugging and playing, some of the highlights are the Random Release patch, which adds a random element from Woggle to the note release time for varied sequences; and also the Polyrhythmic Duo, which is excellent for demoing an almost split-layer sound, with FM modulator and carrier signals controlled by both of the Function envelopes.

The Sequencer is an important part to understand here, as this will spur your enthusiasm ever onwards and you’ll want some sequences cycling around as you plug and unplug on your tour around this modular world. You can record notes in a sequence (by pressing Rec and Play) or step by step (by pressing Func and Rec) or a combination of both. These can then be erased or stored to one of 16 locations and chained together if you wish.

The Function button is also useful for accessing other parts of Volca Modular and is dead easy to use. Simply press it at the same time as one of the main 16 notes to access the parameter written beneath each. These range from Scale Type to Clear All Sequences, taking in Octave Up/Down, Random Sequence Steps/Notes, Gate Length and Microtuning.

An interesting one to point out is Motion On/Off, which allows you to record knob movement as part of a sequence – as easy to implement as the function on the Teenage Engineering PO Series, devices with a similar feel and attitude. 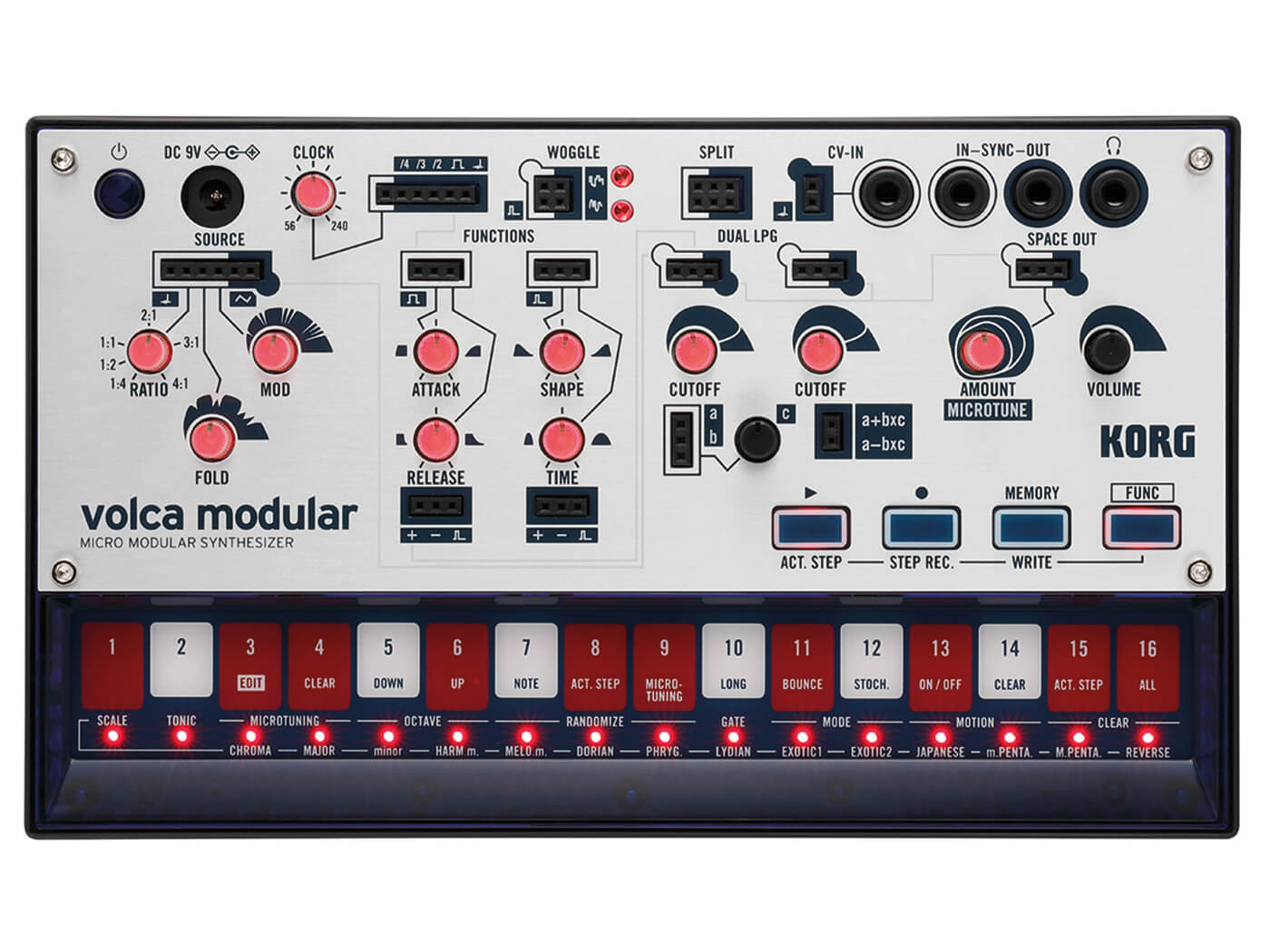 One thing I realise as I near the end of this review is that I’ve not covered the ‘sound’ of Volca Modular, more its built-in experimental leanings, and that is the nature of the beast. If I were to pick some rather sweeping adjectives, I’d be using words like ‘aggressive’, ‘atonal’, ‘metallic’ and, well, ‘interesting’. I love the more random patching possibilities and you’ll be impressed when you get that kind of almost duophonic effect going with two sounds split.

Once you get your head around the routing and then start twisting it as far as you can, you will find the results a lot more varied than you might initially suspect. By the end of my test time, I was moving more away from the ‘aggressive’, to the ‘usable’ and enjoying both my educational and sonic journeys.

Volca Modular is a great little unit for modular madness, all housed in an easy to use, portable and experimental box. It’s the best way to get into what can be a daunting subject and also to experience some West Coast sonic sunshine. You might not get a traditional ‘tan’, as it were, but you’ll appreciate Buchla more and hats off to Korg for shining a light on him and his gang. Cheap, portable, easy and plastic – who’d have thought you’d ever hear that about a fantastic piece of modular gear?

If you have a bank of modular gear, then you might already have everything you need, although Volca Modular will happily connect up and sync with what you have. Newcomers to modular are very welcome, though. It’s a lovely, cheap, risk-free and exciting introduction to that world, but not just for beginners as you can take your modular experiments to surprising heights and depths.

Not the same type of boxes (in modular synth terms) by any means, but similar attitude, portability and automation features. TE also has its new modular synth system which looks much more comparable. 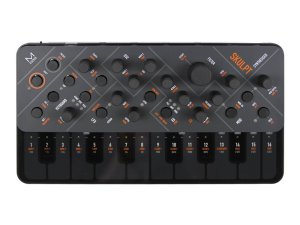 This is a purely digital synth but is very similar in terms of weight, size and scope, plus also battery operated. Sonically it’s probably a bit more diverse and you get presets and polyphony, but no pure modular angle.