by Will Betts
#Hard Synths
Reviews

As Korg launches the Nu:Tekt brand and enters the brave nu world of DIY kits, we take this bijou digital monosynth for a spin – but first we have to build it. 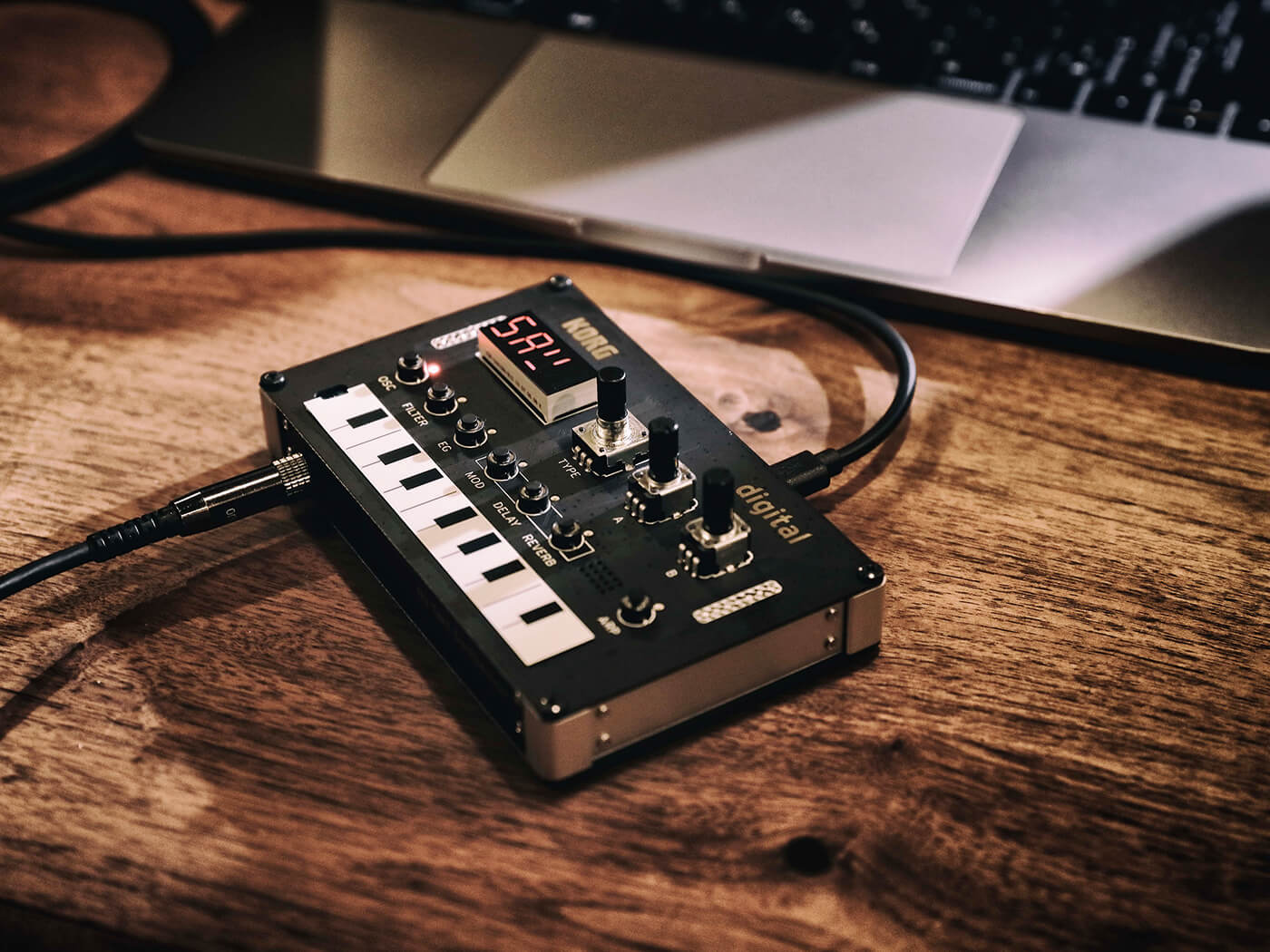 With the Nu:Tekt NTS-1, Korg is returning to a miniature form that at first glance could be mistaken for 2010’s tiny analogue Monotron. But, apart from being small and monophonic, there are virtually no other similarities.

That’s a good thing too. The Nu:Tekt NTS-1 is an all-digital DIY monosynth with built-in modulation, delay and reverb effects, as well as MIDI control, an arpeggiator, an integrated speaker and an audio input. At the heart of the NTS-1 is the same digital voice found in the Minilogue XD and the Prologue. At just £99, that’s already a lot of value for your money. But the NTS-1 can do much more.

The strength of this mini synth is that you can add to its onboard algorithms. There are slots for 16 additional oscillators and modulation effects, plus eight delays and reverbs. This makes it an incredibly versatile machine for synth-lovers and anyone who has a particular penchant for unusual external effects.

Building the NTS-1 requires no soldering and all the tools you need are in the box, and include a minuscule screwdriver that looks like it might have come from a Christmas cracker. The build takes us about 30 minutes but perhaps would’ve taken less time had we had a proper screwdriver. When assembled, though, its metal sides make the unit surprisingly robust. Just be sure to tighten all the screws firmly. We manage to lose one of the small side screws post-build while ferrying the unit around in a backpack.

Despite being an easy build, we were still greeted by an enormous rush of accomplishment upon completion, knowing that we’d made it ourselves. There’s undoubtedly some deliberate feel-good psychology in there, and we’re all for it. 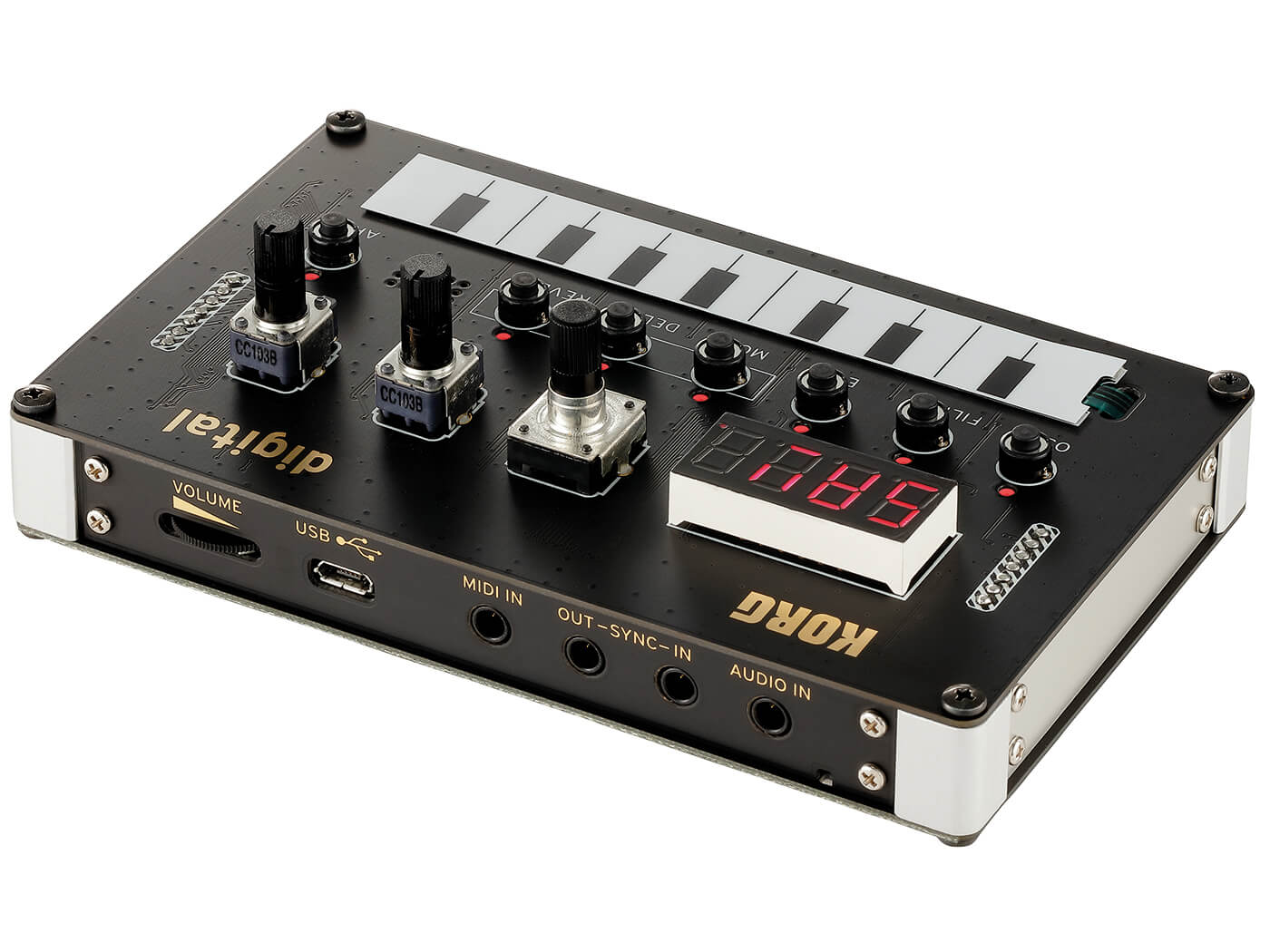 Controlling the NTS-1 is straightforward, and all outlined in the fold-out road-map-style instructions. There are seven buttons and three knobs on the front panel, plus a ribbon controller and a four-character LED screen.

The three knobs change context depending on the section you’re using. For example, pressing the osc button makes the Type knob an oscillator selector, then knobs A and B perform different functions depending on that oscillator. For the stock square wave, knob A affects pulse width, and B controls the level of the sub-oscillator. Holding down the same button flips A and B into a secondary mode to control the LFO rate and amount. Depending on the complexity of the oscillator or effect algorithm, the Type knob can scroll through several banks of parameters.

Our only gripe with this operation is that having to hold down a button to address a secondary knob function can tweaking sounds while playing a tad too fiddly. Though, given that the whole instrument has a footprint that’s about the same as that of a smartphone, it doesn’t seem fair to complain about its compact layout.

The addition of an arp is a clever way to make the bijou synth more functional, especially given that note input comes via the ribbon controller. To make the NTS-1 more practical in its base state, Korg has set the arpeggiator to only respond to single-note inputs. Chords can still be accessed, however, by holding down the arp button and selecting minor, major, diminutive, sustain or augmented with the other buttons. The disadvantage to this clumsy selection system becomes clear when you hook up a controller keyboard (which you’ll want to do), on which you can’t play chords into the arpeggiator, in the traditional sense. 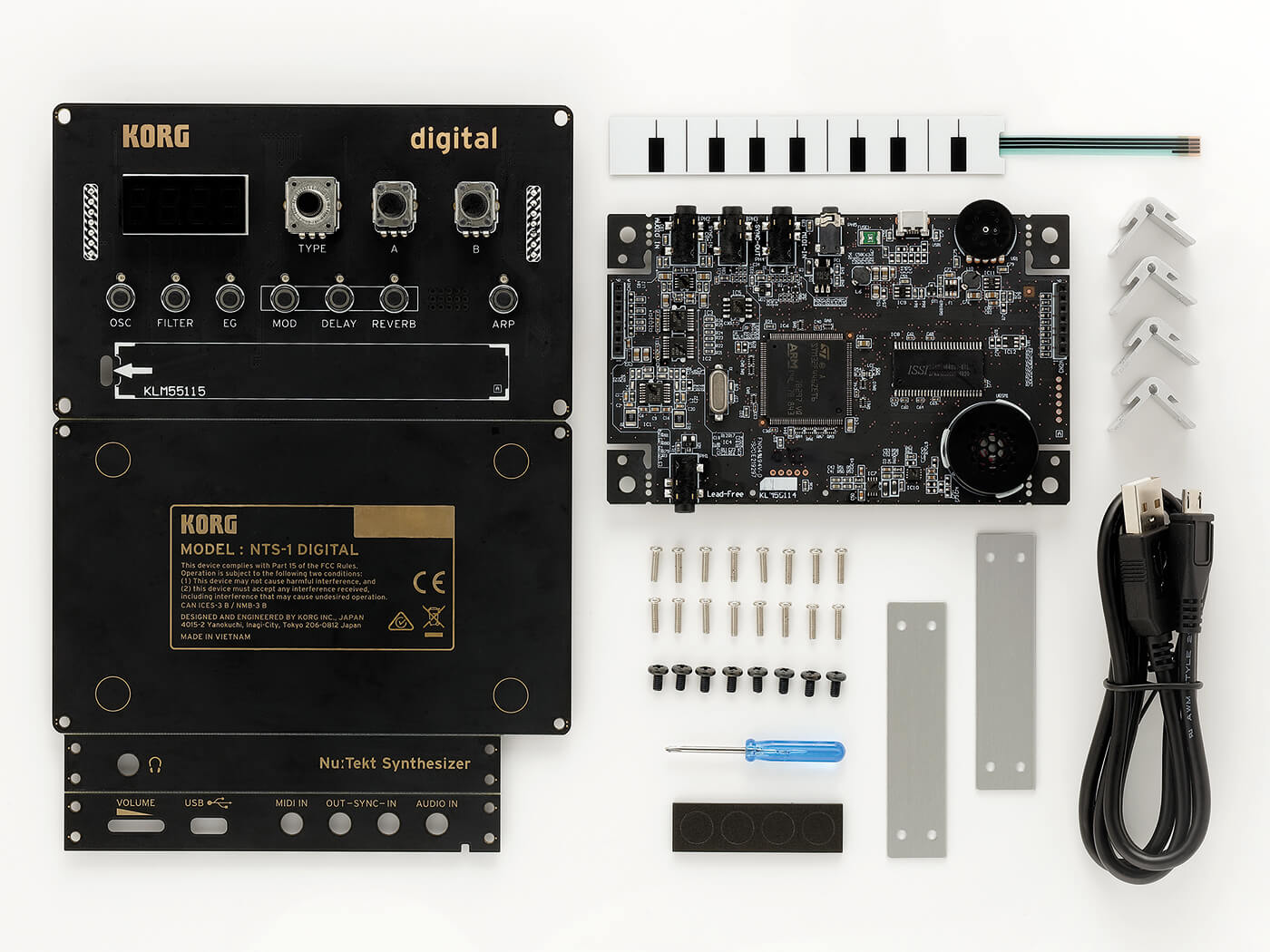 Controller keyboards can coexist with the NTS-1 though. The 3.5mm MIDI input works perfectly with a Novation Launchkey Mini Mk3, for example. But be aware that the NTS-1 will respond to pitch bend data but, strangely, not to mod wheel data, which limits your performance options.

If you want to get deep into the controls without memorising every button press, it’s worth spending a fiver on the third-party Korg NTS-1 Editor software by Momo Müller, which lets you save patches you’ve built, which is not possible otherwise.

We connect the NTS-1 to a 2018 Macbook Pro and have audible digital noise when plugging the synth into an interface. This is a typical ground loop issue. If you’re thinking about getting an NTS-1, know that you may need either a stereo DI box or a ground-loop noise isolator. They perform the same function but the latter costs about £10 and sports mini-jack sockets.

Out of the box, the NTS-1 synth features saw, triangle, square and VPM (variable phase modulation) oscillators, along with one user oscillator: Waves. Saw, triangle and square are what you’d expect, boast a pleasing digital edge, and operate as described in the section on control. The VPM and Waves oscillators, however, prove more sonically diverse. VPM is Korg’s version of FM synthesis, which creates harmonically complex tones. Waves, meanwhile, is a wavetable oscillator with ring modulation and bitcrusher effects that, when deployed correctly, can make for wonderfully unpleasant sounds and textures.

There are six filters: 2-pole and 4-pole variants for low-pass, band-pass and high-pass. There are sweep rate and depth parameters for adding movement to these too but, again, the functions are buried beneath clunky button-press sequences.

The envelope generators, of which there are ADSR, AHR, AR and Open modes, are pretty standard too. The best is the AR Loop mode, through which fast looping can enter the audio rate for grotesque modulation. There’s also a tremolo function, which can help lend movement to your patches and bring them to life.

The NTS-1’s stock modulation effects range from chorus and ensemble to phaser and flanger, though the latter two rarely get a look-in during our time with the synth. The delay features stereo, mono, ping-pong, high-pass and tape modes out of the box and all are perfectly usable.

The reverbs prove especially suited to leads and atmospheric drones. Hall and plate are impressive staples but the special effects reverbs Space, Riser and Submarine lift this synth to another level, especially for its price. By adding pitch-shifting to the reverb tail – both upwards and down – these add a warped polish to sounds that might otherwise be a bit anaemic.

Once you start loading third-party algorithms with the Librarian tool, the NTS-1 gets exponentially more enjoyable. Among our favourite oscillator algorithms are the JP-BOOO supersaw from Eduardo Digital, and Groove from Sinevibes, which turns the NTS-1 into a seven-zone groovebox with synth and drums. Not all algorithms are made equal, though. Some are free, others are donationware, and many more are premium. Some aren’t even designed for the NTS-1 but for the Minilogue XD and Prologue. As the Librarian software warns when you load a new algorithm in, use them at your own risk.

Overall, despite is miniature stature and similarly small price, this is a unit that packs a serious punch. It’s not without its issues but the joy and portability it brings should be enough to overcome them. 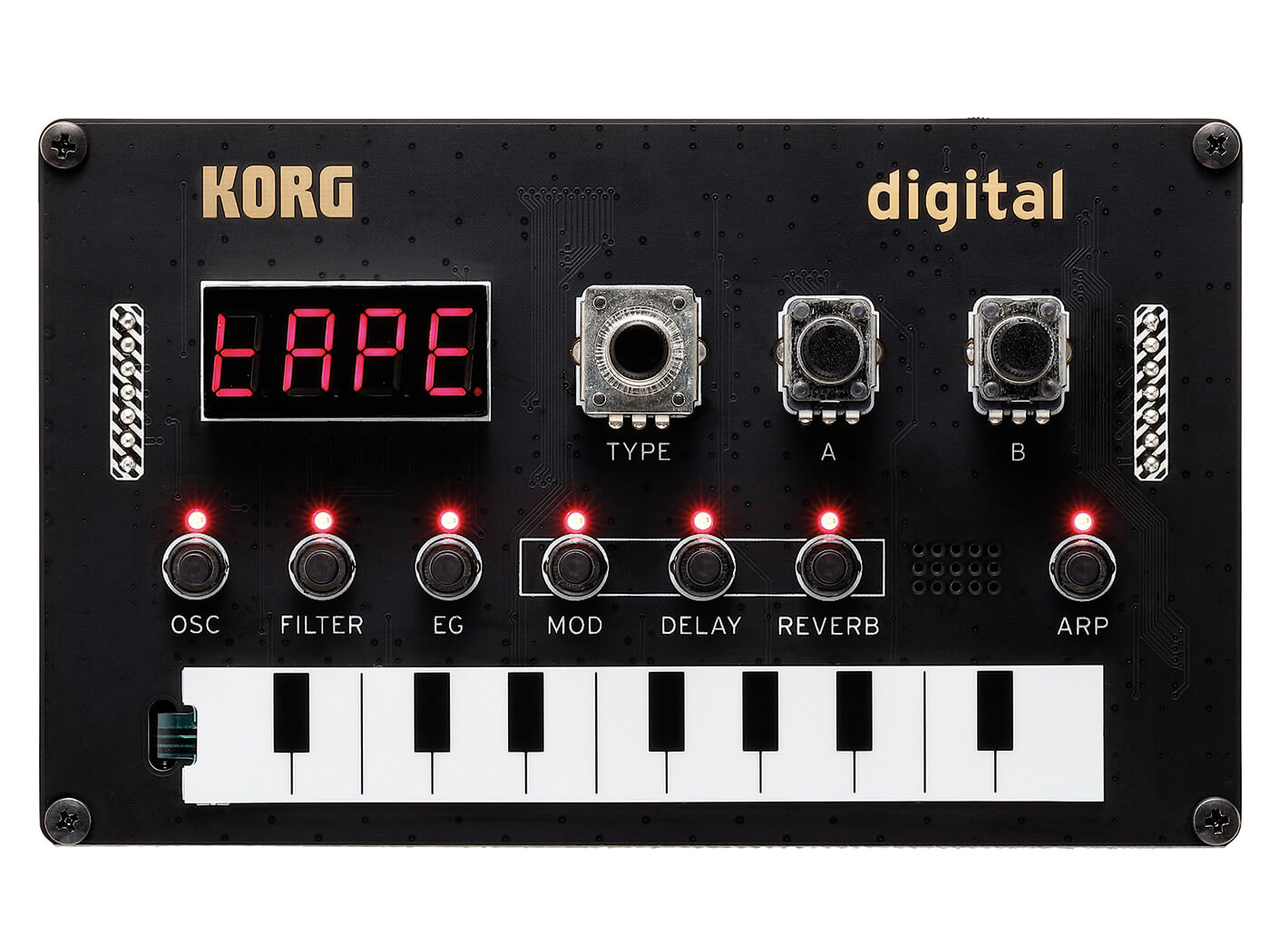 For £99, the Nu:Tekt NTS-1 is an absolute steal. Once you get into the effects, you can quickly make massive sounds from mundane beginnings, and this little beast has enough quirks to keep you entertained for a long time.

With the popularity of the Logue-series synths, it’s likely we’ll see a lot more algorithms appear for the NTS-1. The Korg Monotron demonstrated that anyone could own an analogue synth. Still, with the NTS-1, Korg has fulfilled all the promise of the original Monotron, putting a superb-sounding and production-ready synth in your hands for a very reasonable price. 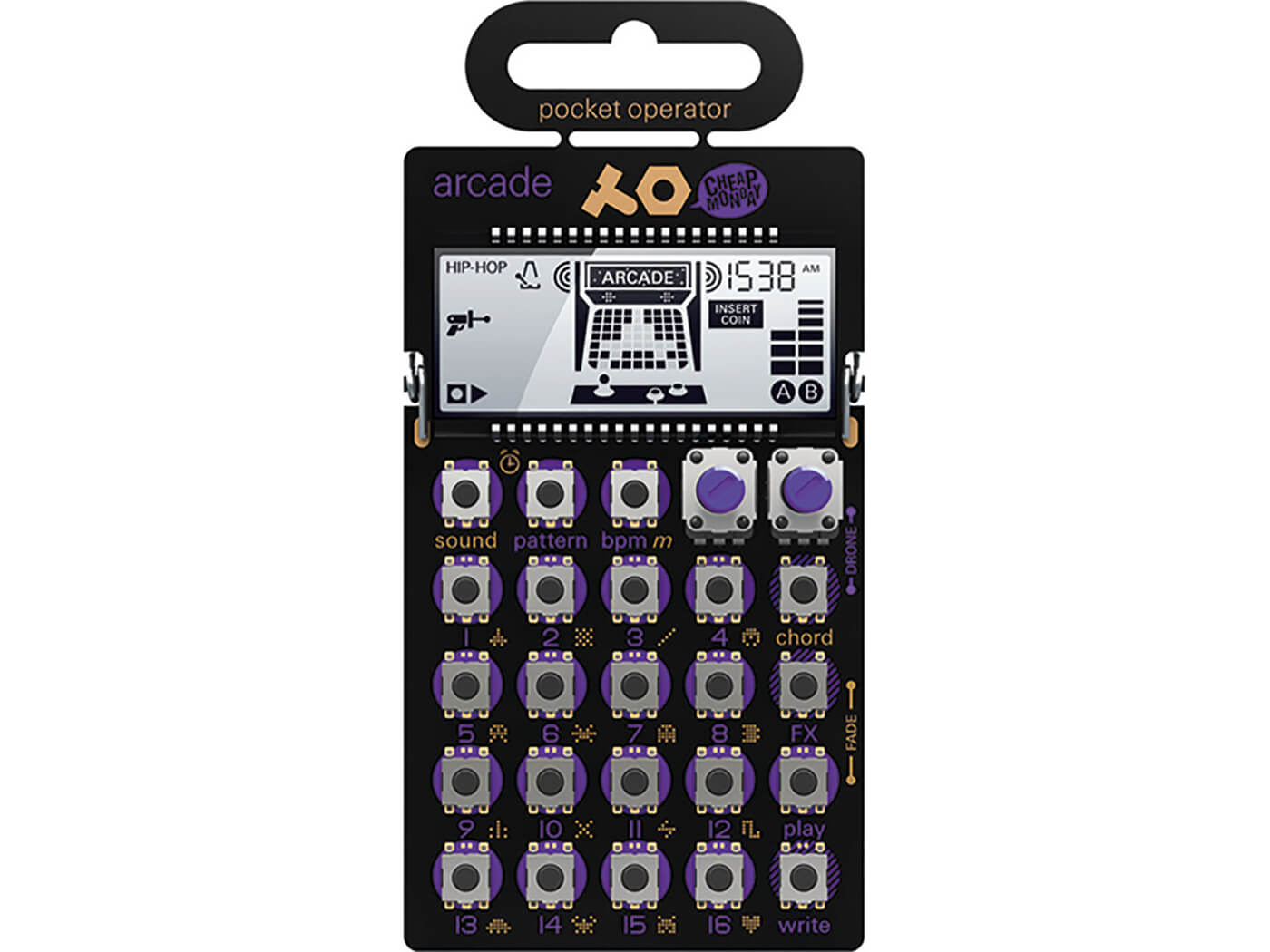 Although the Pocket Operators are in the same price range as the NTS-1, they’re a different prospect. They offer sequencing and a rudimentary drum machine but minimal tonal control. 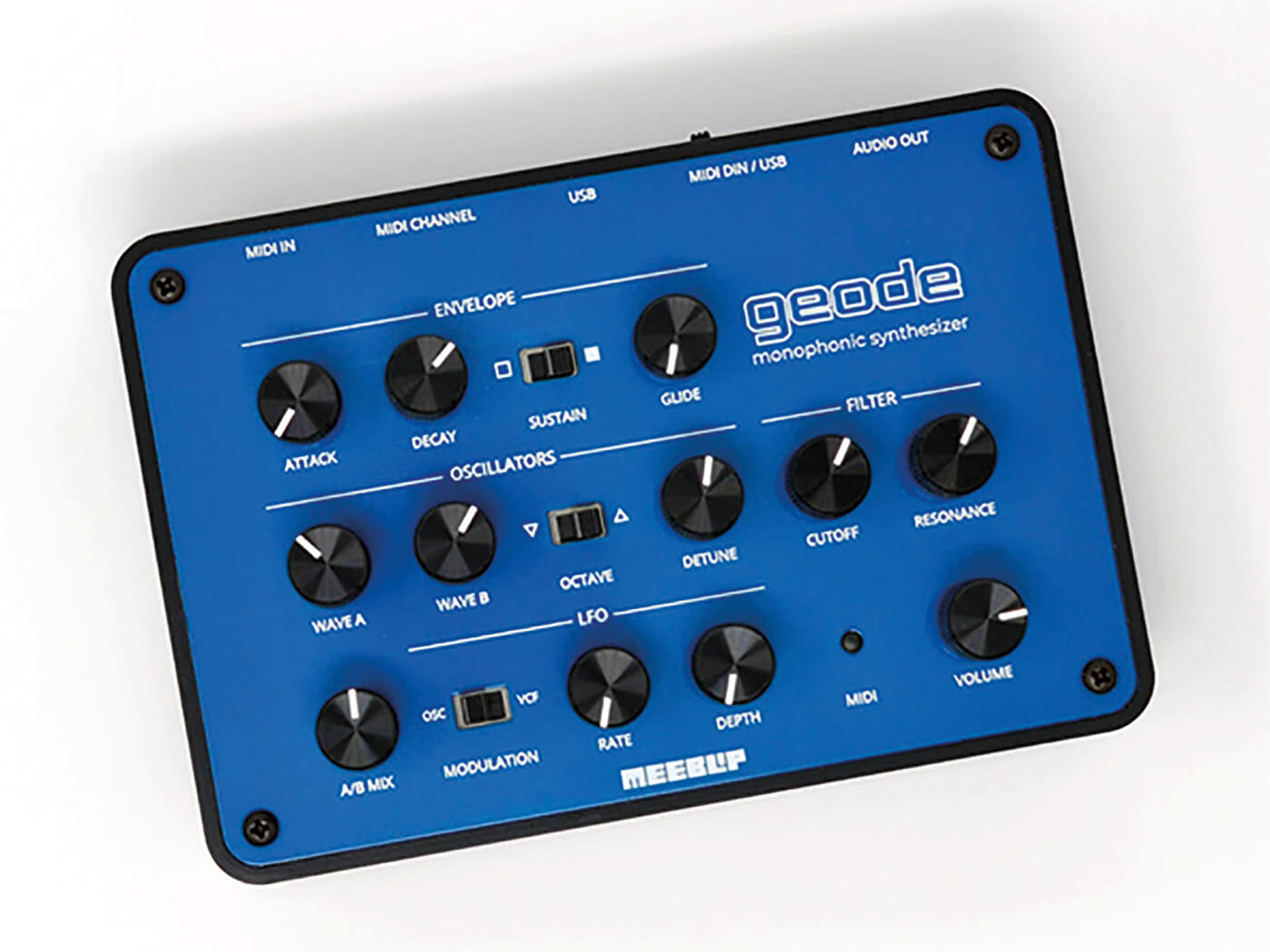 Another tiny synth worth your time is the latest MeeBlip synth, co-created by Peter Kirn. While it doesn’t have onboard effects or a keyboard, this digital monosynth has one knob per function for ease of use.