Following in the footsteps of Wavestate and Opsix, Korg’s latest synth weaponises the sound and capability of the classic DW-8000. We get wavetabled. 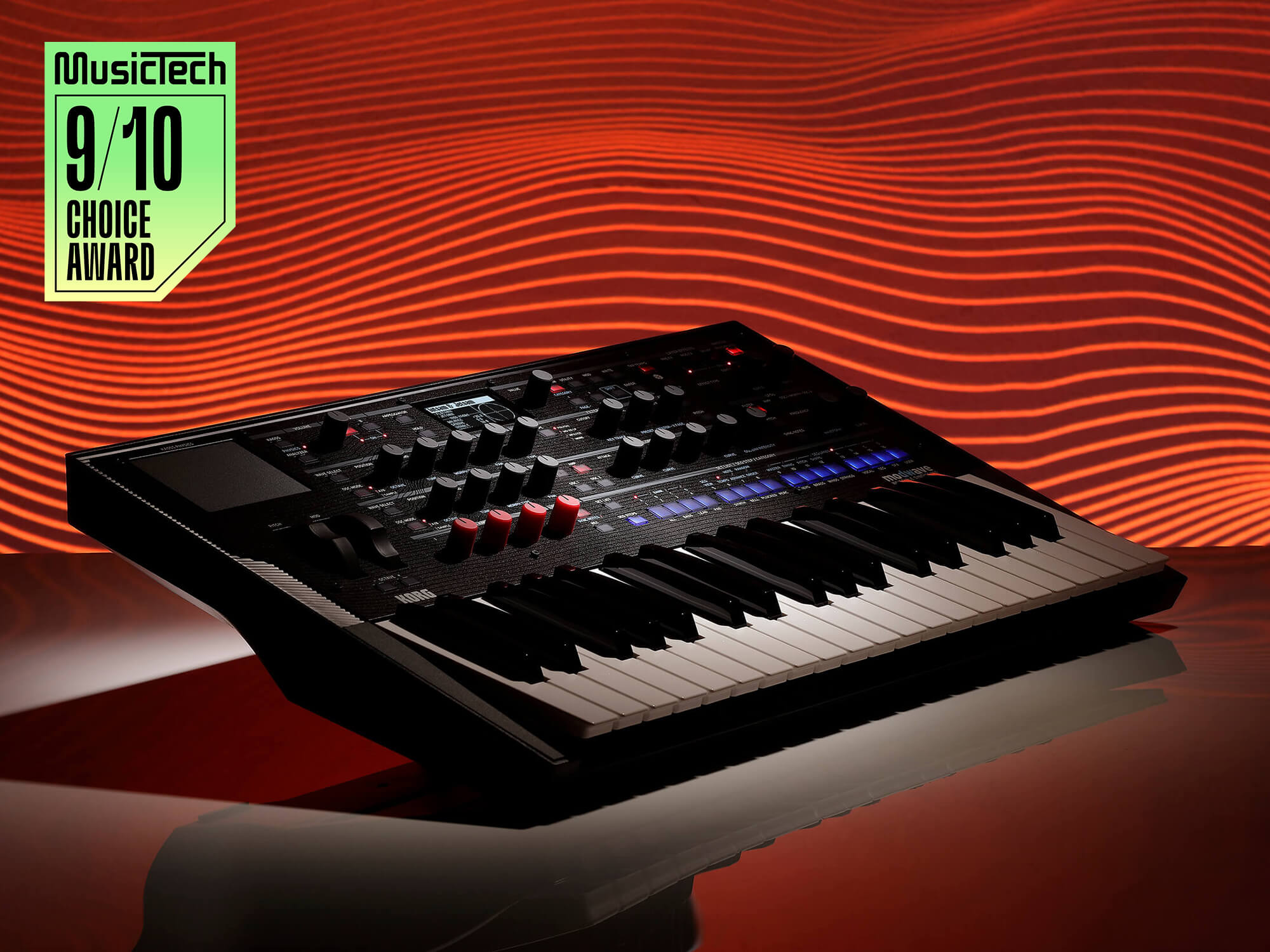 ⊖ Relatively steep learning curve
⊖ Unsurprisingly, this much potential places some parameters behind the screen and editing menus

Modwave is the latest of Korg’s three-octave digital hardware synths, each one a homage to a hardware classic of yesteryear. Following in the footsteps of the Wavestate and Opsix, Modwave now arrives, bringing many 21st Century twists to Korg’s DW-8000, first released in 1985. Modwave is complex, rich, deep, and allows endless, unexpected evolution. Wavetables are back, and they’ve never sounded better – but, as we discover, the richest capabilities require patience to tease out.

Over the last 60 years, some forms of synthesis have shown greater staying power than others, with subtractive synthesis perhaps the most relied upon. But it’s by no means the only approach and, like the FM-based Opsix, Modwave has another architecture at its core: wavetable synthesis.

Wavetables are lists of digital waveforms. You can trigger these waveforms one at a time, but the power of wavetable synthesis is in modulation so one waveform gives way to the next, and so on, evolving the sound. This movement from one waveform to the next can occur with crossfading to produce endlessly evolving, smooth sounds, or much more abruptly, for wilder, stepped sonic changes. Modwave allows both approaches, but we need to crunch the numbers to appreciate the synth engine’s depth. 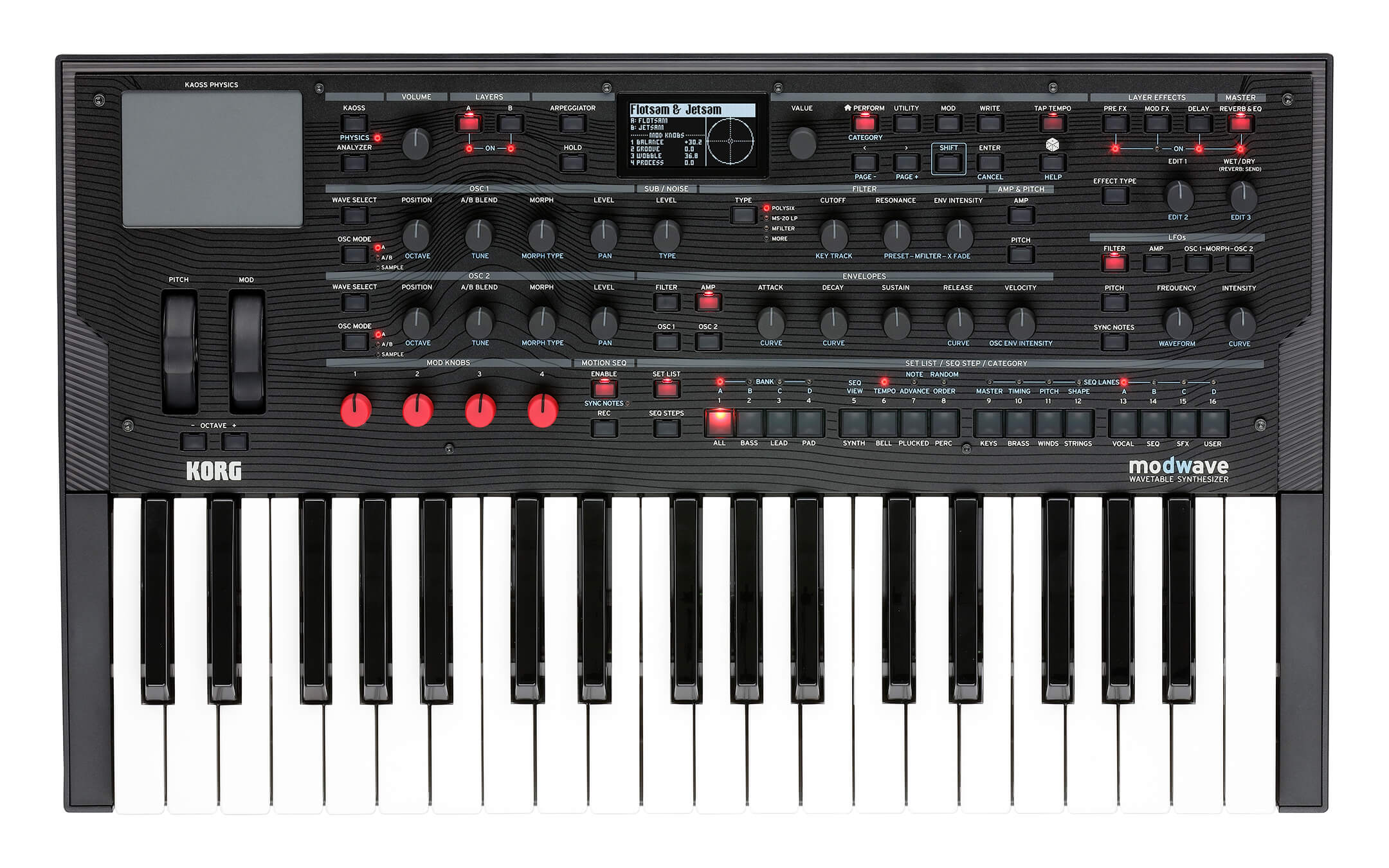 The synth offers more than 200 chains of wavetables, each of which features up to 64 individual waveforms, with thousands of individual wave choices. You can also blend any two waveforms to create hybrids with 13 morphing types to process wavetables and generate new sonic variations. Korg has run the multipliers and boasts that these options offer over 230 million sound combinations. 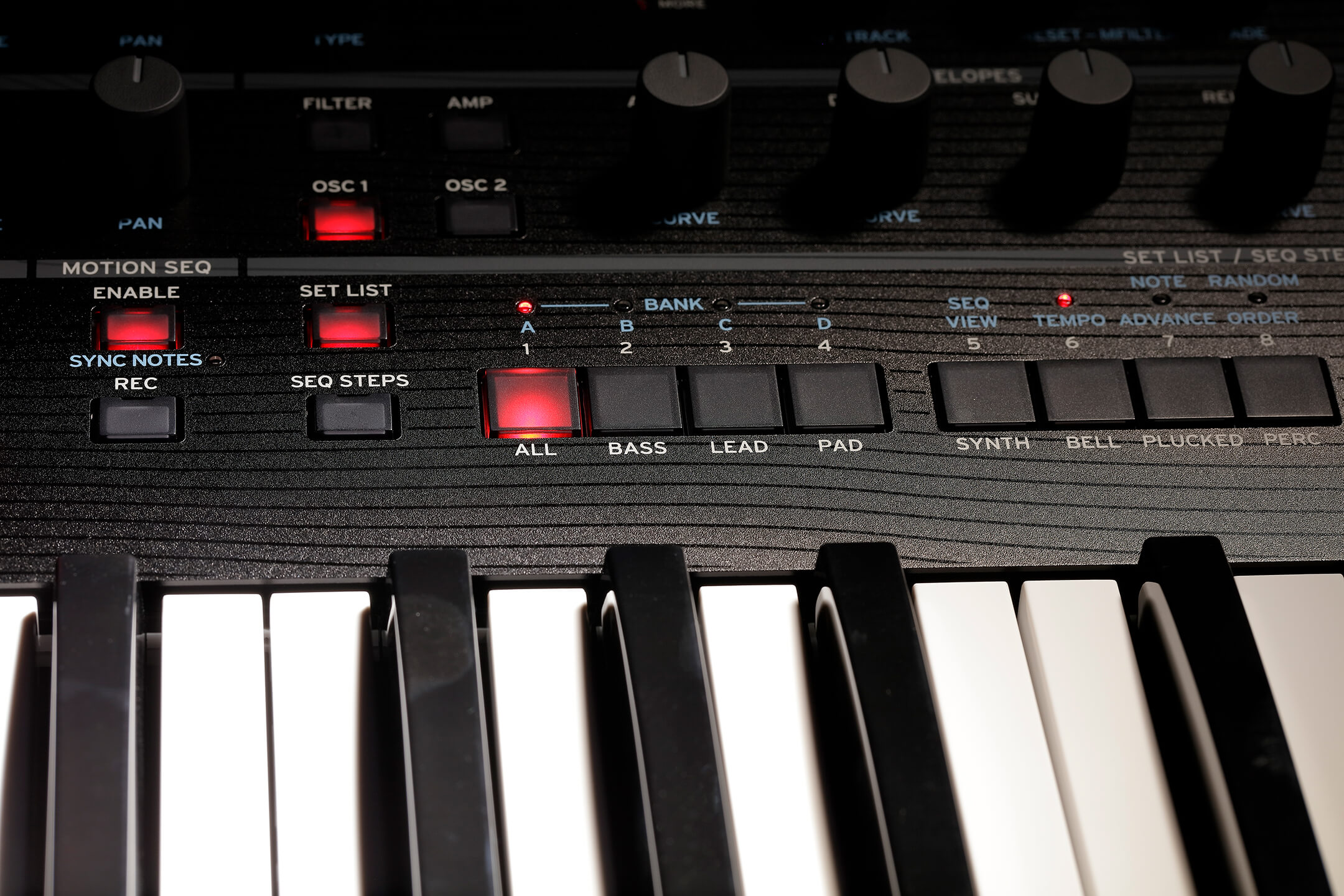 You can even add more wavetables of your own in Serum and WaveEdit formats. And you aren’t limited to a single wavetable per sound as four can play concurrently, in two lots of two within oscillators 1 and 2, alongside an additional sub/noise oscillator. The sum of these sound sources then passes into Modwave’s mixer before travelling into a filter stage, which offers Polysix and MS-20 high and low-pass emulations, alongside many more digital alternatives. Korg is justly famous for its biting, aggressive filters, and Modwave’s options don’t disappoint. The summed, mixed and filtered sound then hits the Modulation Matrix, and the fun really starts. 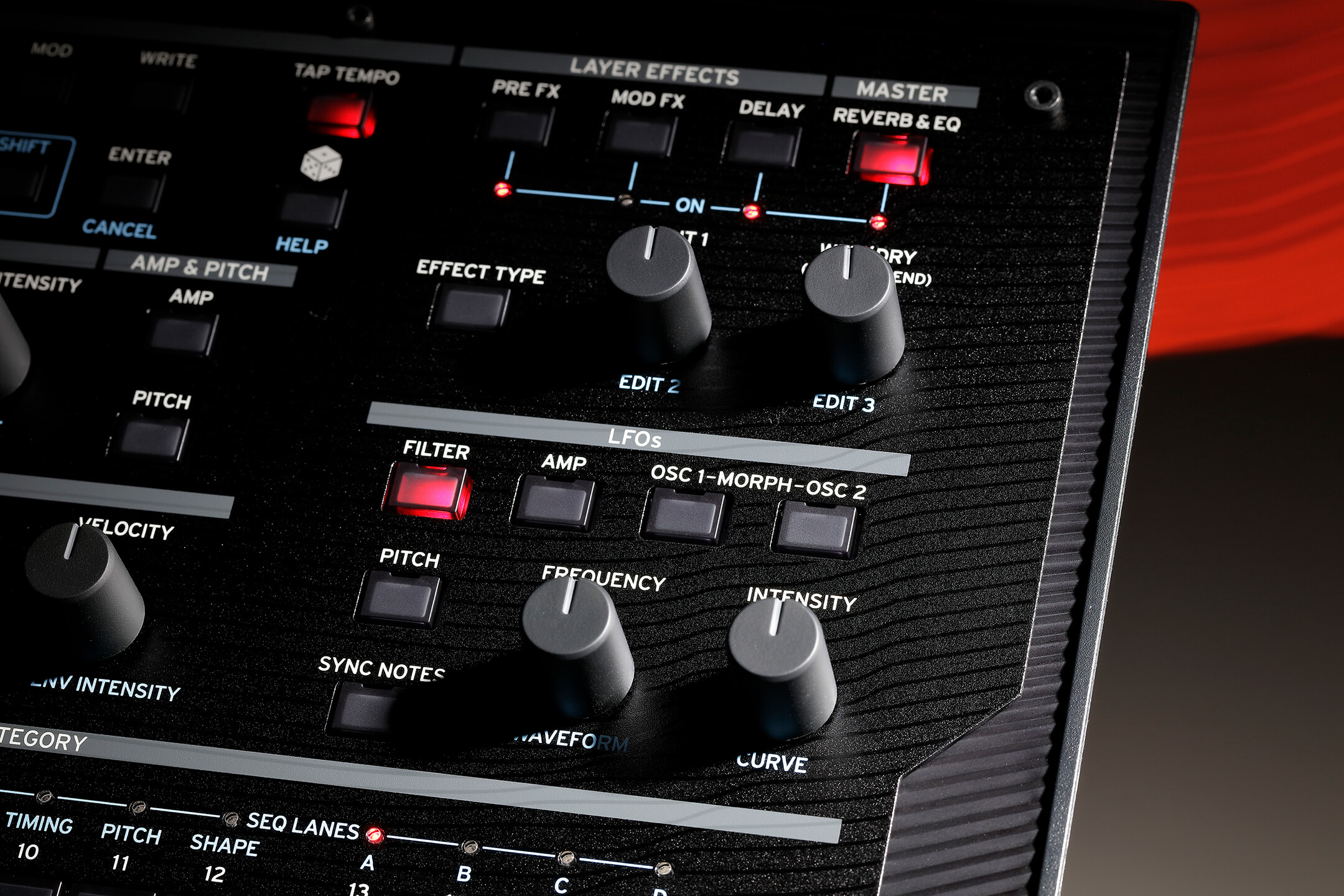 Four freely assignable red ‘Mod’ dials get the modulation ball rolling. These let you start exploring the myriad ways in which wavetables, filters and effects parameters (to name only three targets) can be moved and changed in real-time. But alongside these controllers, there are plenty of modulation sources, with four envelopes, five LFOs, key-tracking generators and more. The potency of any wavetable synth is determined by the number of ways you can morph between waveforms in a wavetable. Modwave provides a raft of options in this regard.

For instance, imagine a soft, relatively calm pad sound generated by two waveforms in Oscillator 1. Oscillator 2 introduces clanging, distorted overtones via rotary dials, with randomly shaped LFOs determining how those overtones evolve, shift and morph over time. The potential of Modwave’s sound engine is enormous and is fueled by the unpredictability of using wavetables as the source material for sonic experimentation. 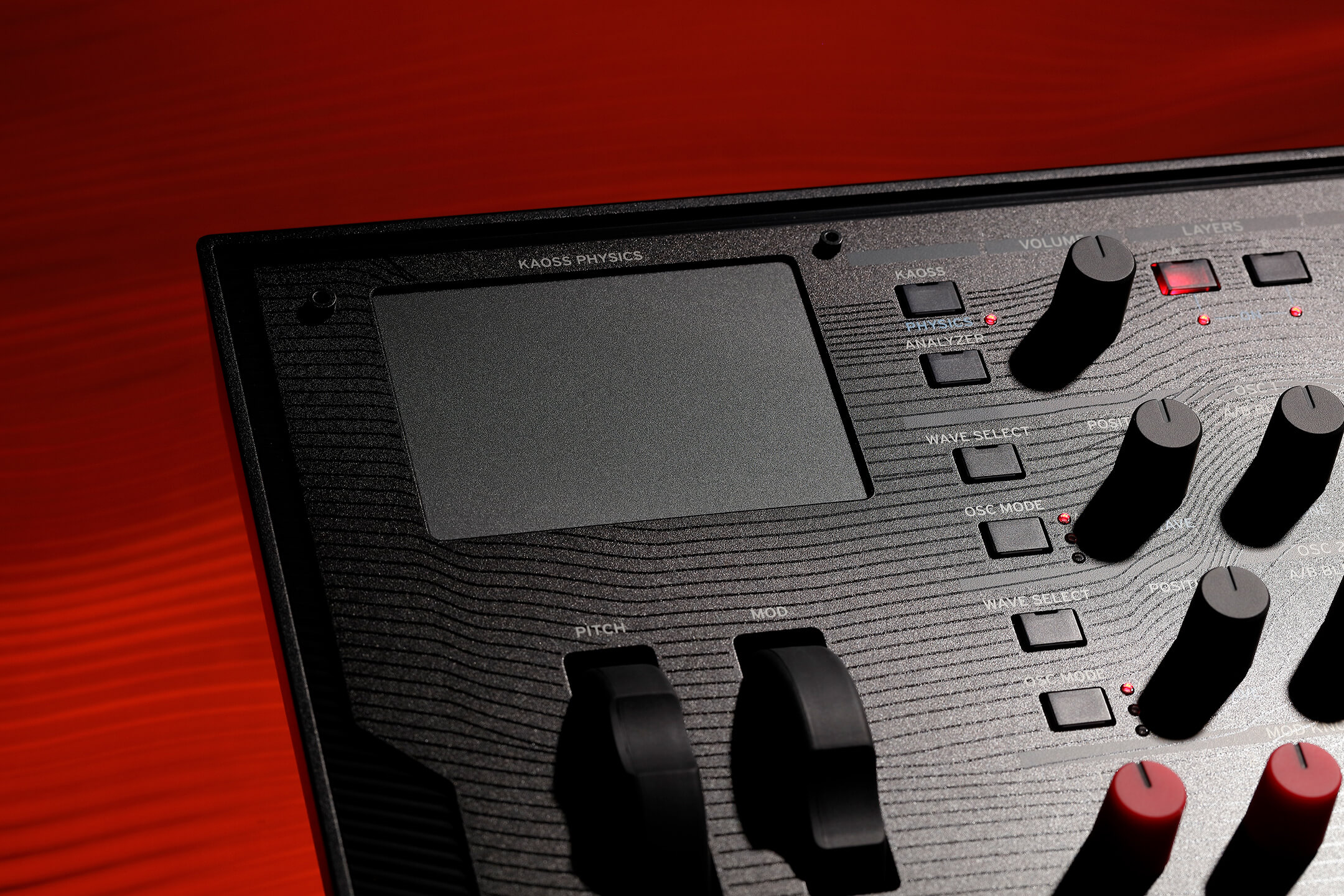 Among Modwave’s modulation sources, Kaoss Physics and Motion Sequencing 2.0 modules are by far the most exciting. The Kaoss Physics X-Y pad lets you move between the parameters mapped to the two axes. However, it’s also possible to introduce automated movement whose behaviour can be incredibly sophisticated. You can create a virtual ‘ramp’ in the middle of the pad so that movement slows down and speeds up as it approaches and then moves away. The ‘ball’ that indicates the current position of an evolving sound can either bounce off virtual walls, be accelerated by them, or drift through one wall to reappear on the other side. 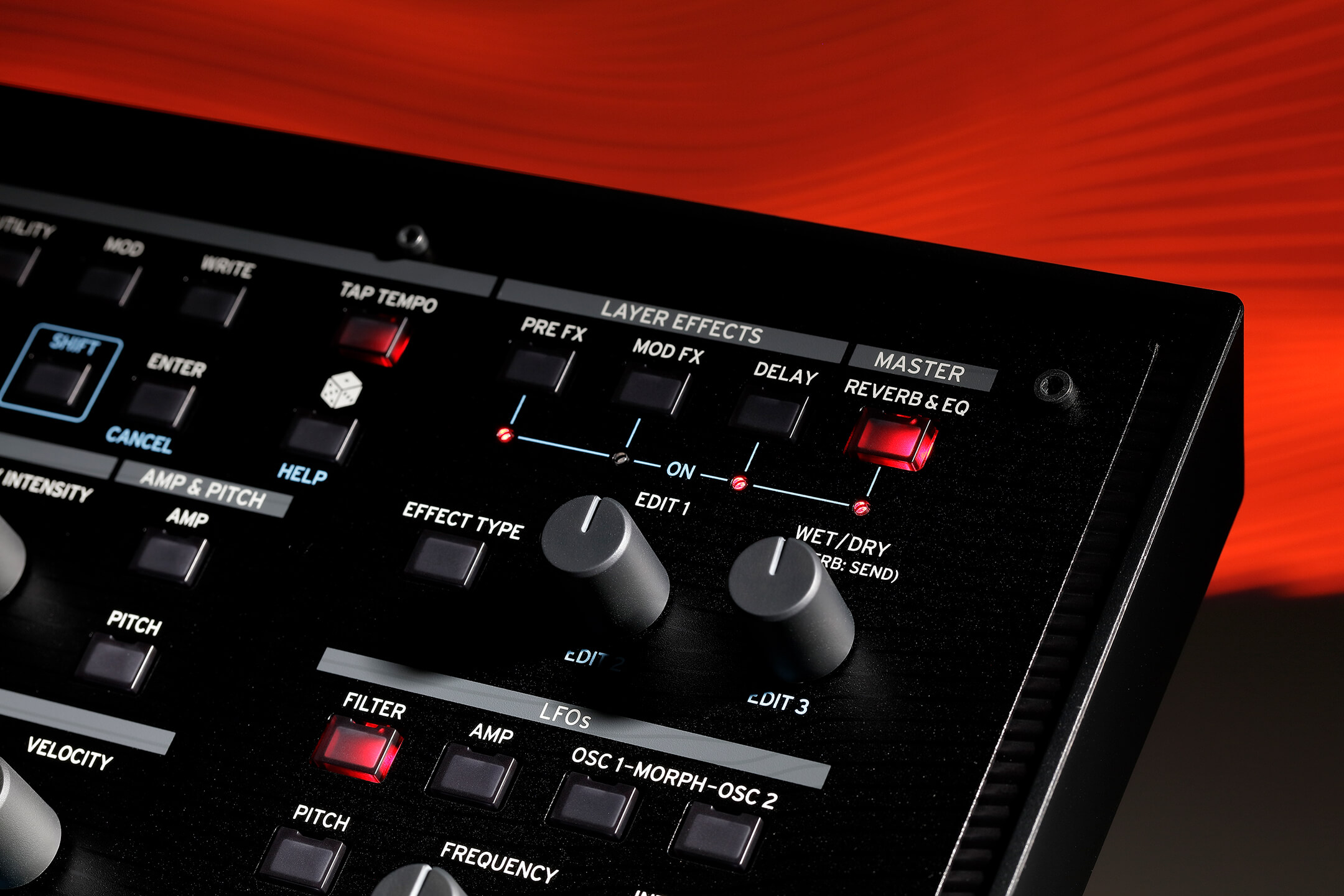 All of this automation translates to parameter movement, so the sonic potential here is enormous. The same goes for Motion Sequencing, where you can separate several key musical parameters into specific lanes. These can relate to musical parameters, such as pitch, or with parameter movement instead. Each lane can also operate independently, playing back at a different speed or direction, looping at a different point. Each can also be independently modulated via Modwave’s generous selection of modulators. 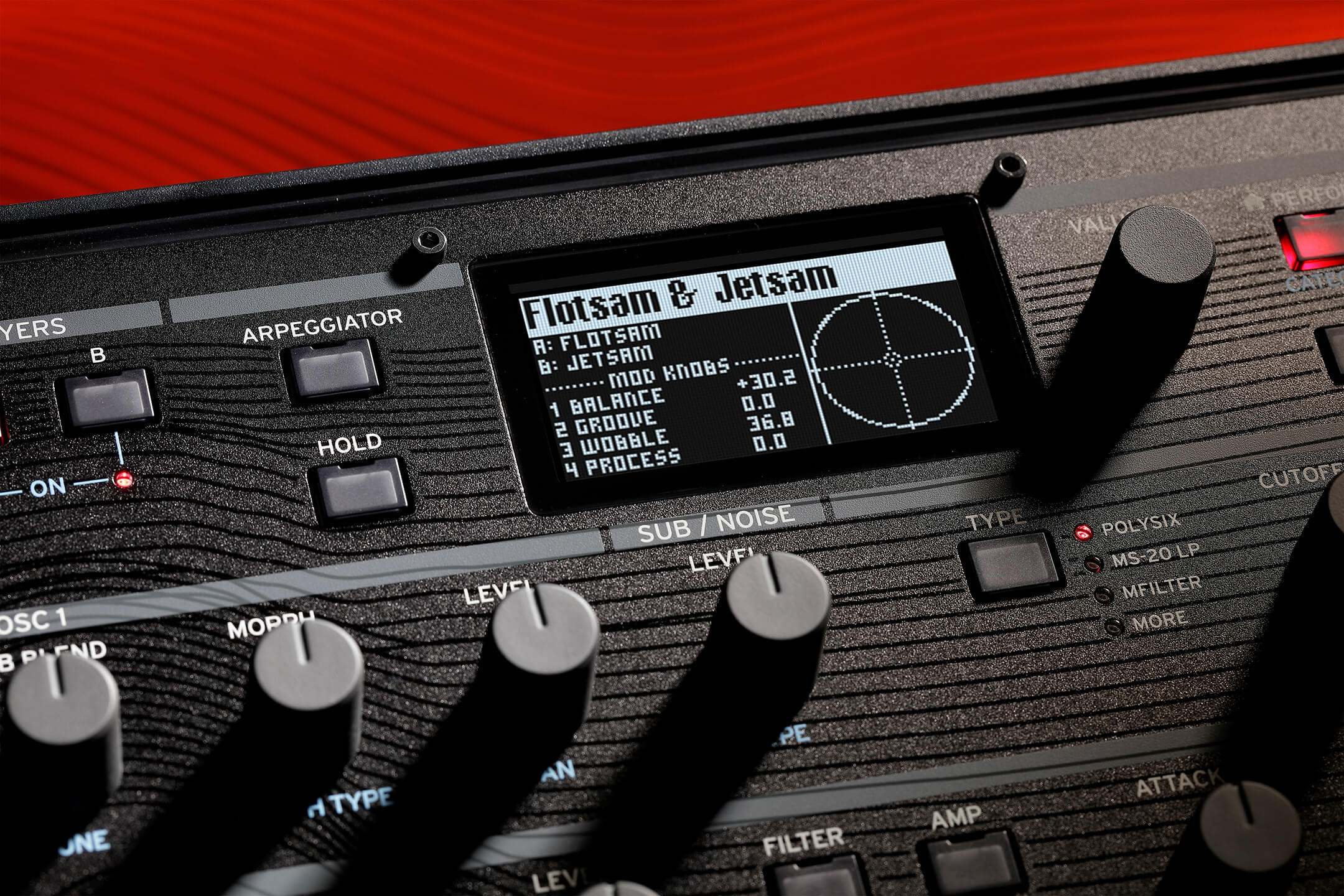 Off the beaten track

The final stages of all of this glorious sonic exploration are Modwave’s effects engines, of which there are four. Pre-FX, Mod-FX and Delay are available per sonic layer, with an additional Master Reverb/EQ section which affects sounds globally just before the output. The choices here are extensive, with amp and guitar pedal modelling, compression, flangers and phasers complemented by Korg’s Overb module from the OASYS and Kronos synths.

Modwave provides such power that there’s an understandably steep learning curve; don’t expect to be fully on top of its capabilities from the outset. We continually discovered new features and thrilling new twists over the review period. 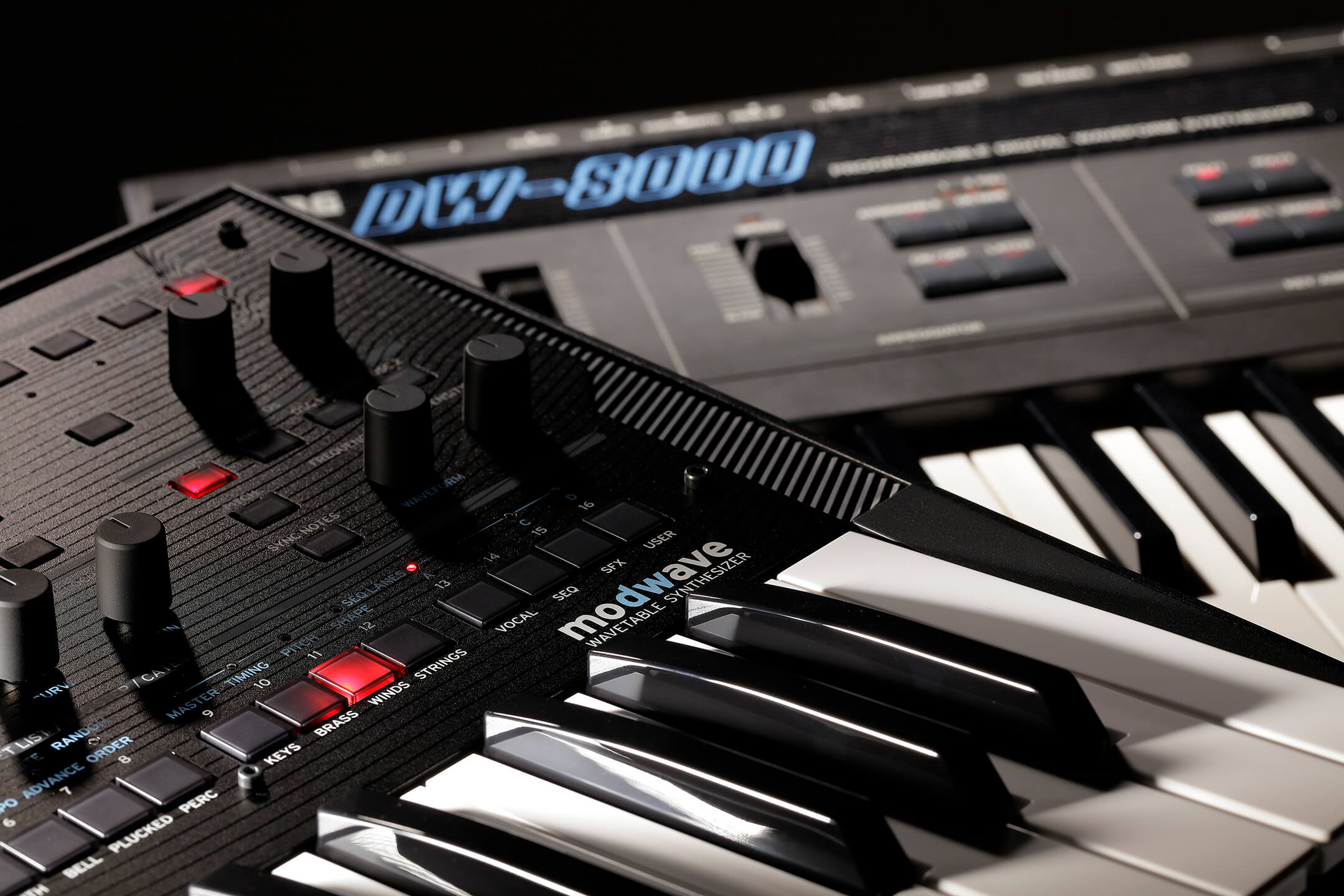 One of the joys of Korg’s new range of synths in this format is the extent to which they’ve exploded the capabilities onto physical controls. But there’s also plenty here lurking behind the screen, via shift keys and extensive use of the left/right editing buttons, so some operations do take a little longer and require a deeper understanding of what lies beneath. But far more importantly, Modwave is capable of unique sounds. The best comparison we can draw in the past couple of years is ASM’s Hydrasynth, whose sonic personality and structural capability overlap with Modwave.

From rich, smooth, warm pads to acerbic, biting leads, Modwave particularly excels at introducing rasping, metallic, crunchy overtones, with a veritable feast of options for those who like their synth sounds to mutate in subtle or mind-bending ways. If you’re comfortable with a learning curve and you’re looking for a synth that employs a ‘path less travelled’ approach to synthesis, Modwave is like little else.