IK Multimedia hase seen the resurgence in hardware effects pedals and used its years of knowledge emulating effects to release its own delay pedal with a wide variety of sounds. 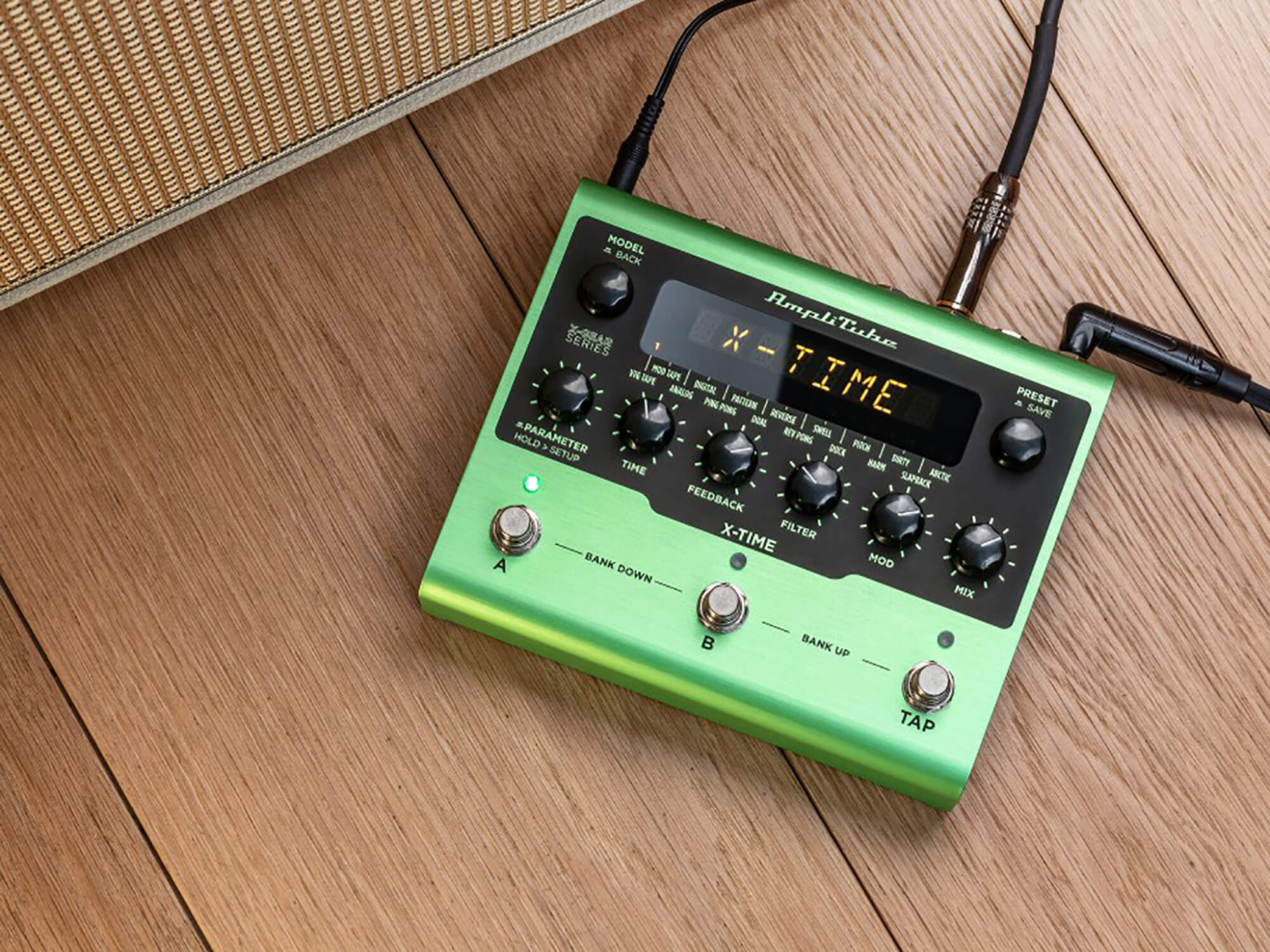 IK Multimedia’s flagship guitar effect software AmpliTube software has come a long way since its inception 20 years ago. IK’s product portfolio has simultaneously evolved to include audio interfaces, keyboard controllers and all sorts of other studio equipment. The four new AmpliTube stompboxes combine software effect emulations alongside a plug-in version of each pedal.

The pedal under review here is the X-Time. As the name suggests, this is a model housing all the delay and time-based effects.

The pedal layout contains three footswitches, three endless rotary controllers and some basic parameter controls to adjust the sound. Each program bank contains two presets that can be turned on and off by pressing either the left or centre footswitch. The right-hand footswitch on the X-time is the Tap Tempo function. To move to the next bank, you press on either the right-hand two footswitches to move up a bank or the left-hand two switches to move down a bank. Alternatively, you can scroll through all the presets using the endless rotary controller to the right of the screen adjust settings to taste and save the resulting sound wherever you like. 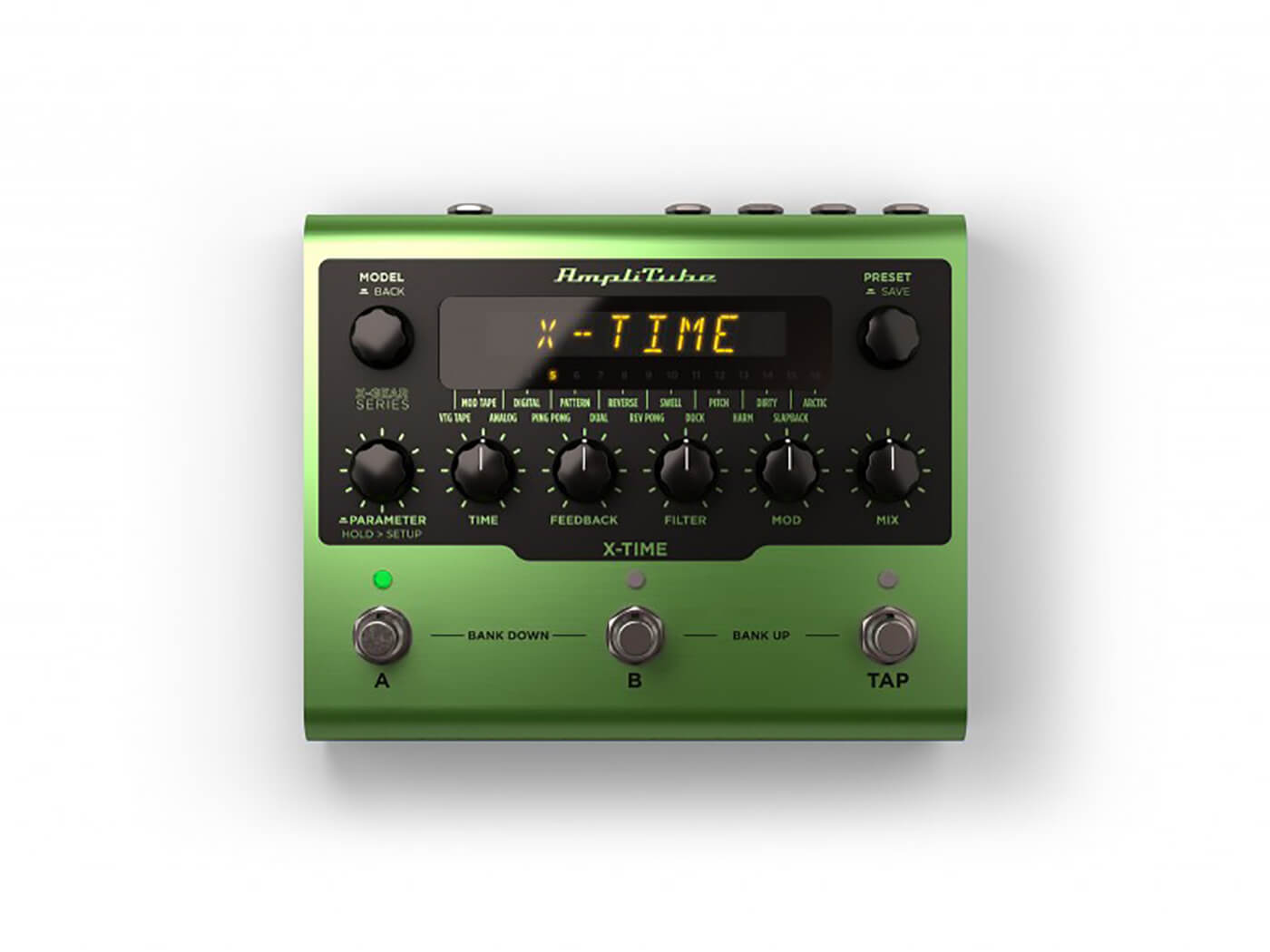 There are multiple different types of delay within the X-Time including all the usual suspects such as tape, analogue (BBD-inspired), digital, reverse and ducking. But there are also some less familiar options including Harmonic and Arctic, which add additional pitches to the repeats and bloom into a huge multi-pitched swell of delays respectively.

The headline effects here are the emulations of old hardware forms of delay – the tape and BBD effects. There are two tape emulations: vintage and modern tape delay. The presets range from the sound of a brand-new tape with pristine repeats, and the repeats subtly lose frequencies like a band-pass filter. The other extreme is the sound of a poorly maintained tape machine with wide-ranging modulation on the repeats as the tape moves over the head. The delays sound superb but don’t quite get dirty enough to truly emulate a really badly maintained machine.

The digital emulation is a pristine delay and offers endless repeats of the signal fed into it. The digital delay can still have modulation applied via the dedicated knob and, as with all of the delays, the filter knob removes high frequencies of the delayed signal so it’s possible to make the delay less intrusive within the context of a mix. 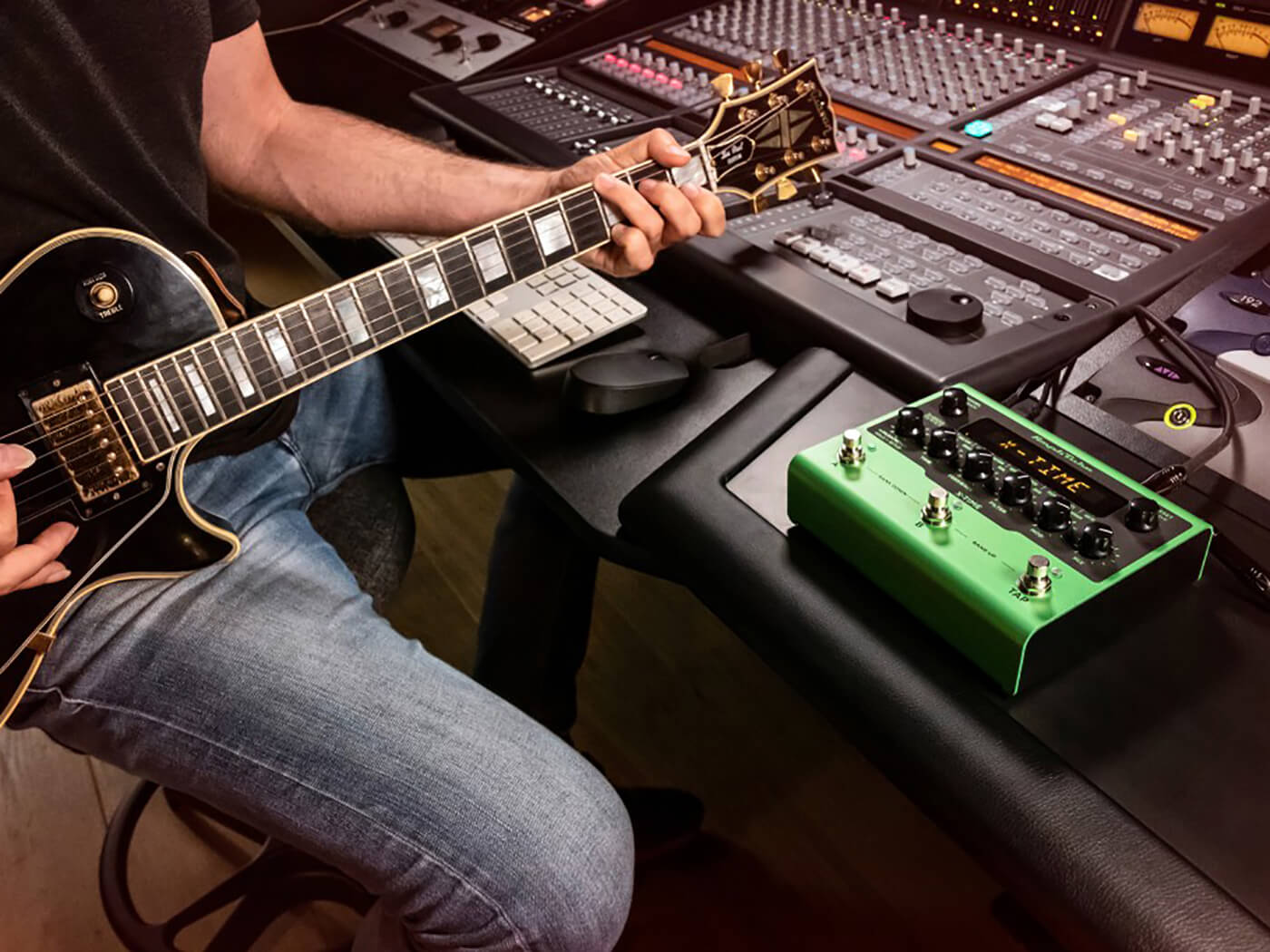 Some of the delay engines are a little more experimental in nature. For artists that like to use delay as a sound-design tool, the reverse delay and swell effects create some beautiful textures that, when combined with other effects such as reverb, will create some lovely pad sounds.

Equally, the Harmonic delays mix in additional pitches with the delayed signal to create thicker sounds, while the Arctic creates a blooming delay sound for creative textures as part of a performance with the wet/dry mix balanced correctly.

The X-Time contains a tap tempo pedal that creates tempo-synced repeats. However, it’s difficult to set sub-divisions to create, for instance, a dotted eighth note delay for some interesting rhythms with the delay. The X-time can do note subdivisions but they are accessed by changing the whole pedal into a different mode, and then they appear on the Time knob. It would be much easier to change one of the functions of the knobs to provide subdivisions in all modes instead of this workaround. 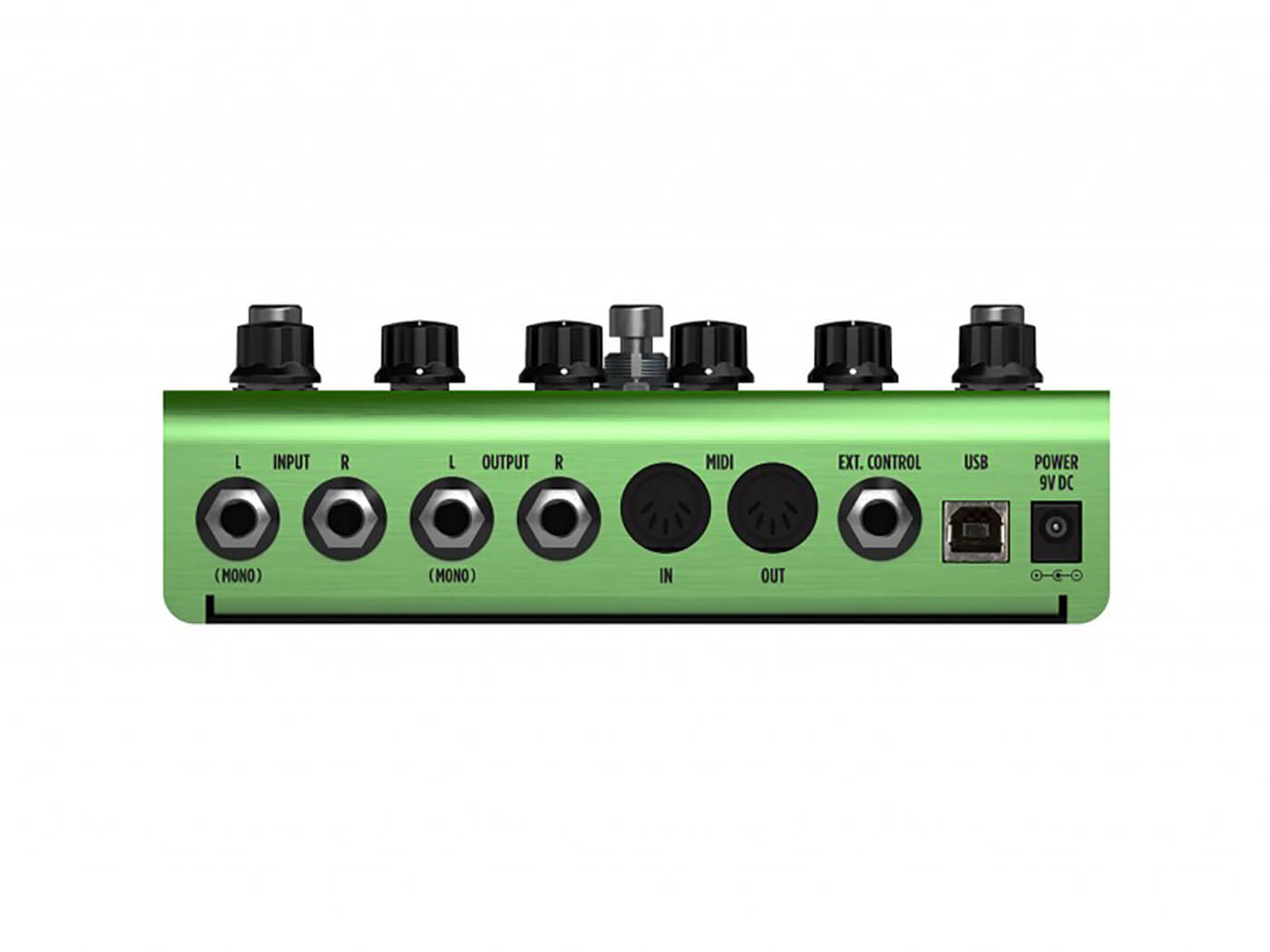 The X-Time contains over 300 presets. This is a lot to manage from the pedal interface but, fortunately, IK Multimedia provides access to Librarian software. This means you can manage your presets and upload them to your pedal in the order you need them. The pedal also includes a version of IK’s flagship AmpliTube software with an emulation of the X-Time included. This creates a hybrid mode of working where you can create a sound in AmpliTube and then upload it to the hardware pedal.

Delay pedals coped without note subdivisions for years but, with a delay pedal this comprehensive, subdivisions should be more easily adjustable. However, this is a well-built and highly tweakable pedal that could make a lot of other delay pedals redundant.