This reverb pedal is certainly impressive – but can IK Multimedia compete with the likes of Strymon and Universal Audio? 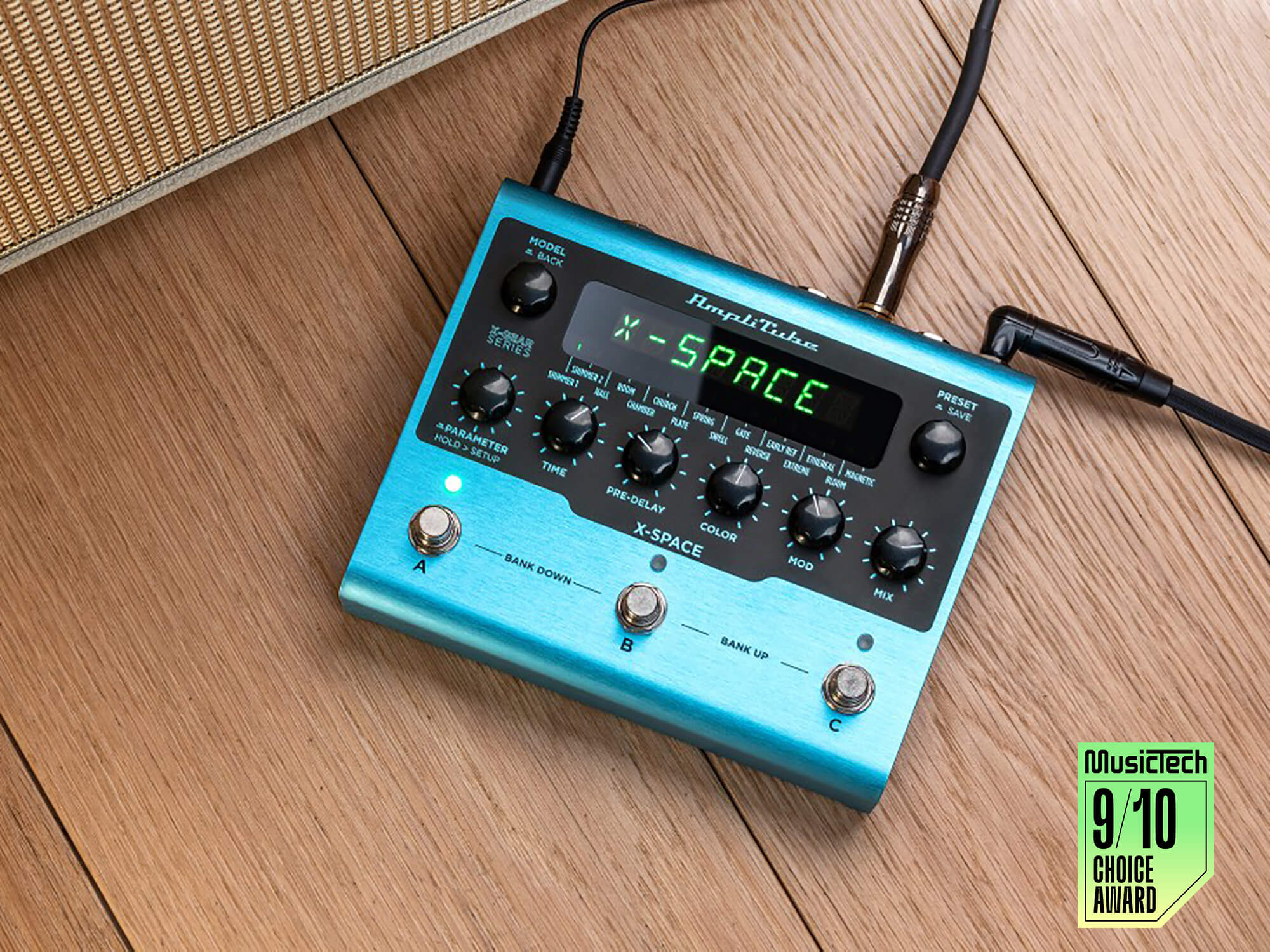 IK Multimedia’s AmpliTube software has been around for nearly 20 years and was one of the first software emulations of guitar equipment. It has since evolved, with IK now on version five of its flagship guitar software. IK’s expanded portfolio now also includes audio interfaces, keyboard controllers and other studio equipment. Its new line of pedals combines software effect emulations in a standalone hardware unit alongside a plug-in version of the pedal for AmpliTube. 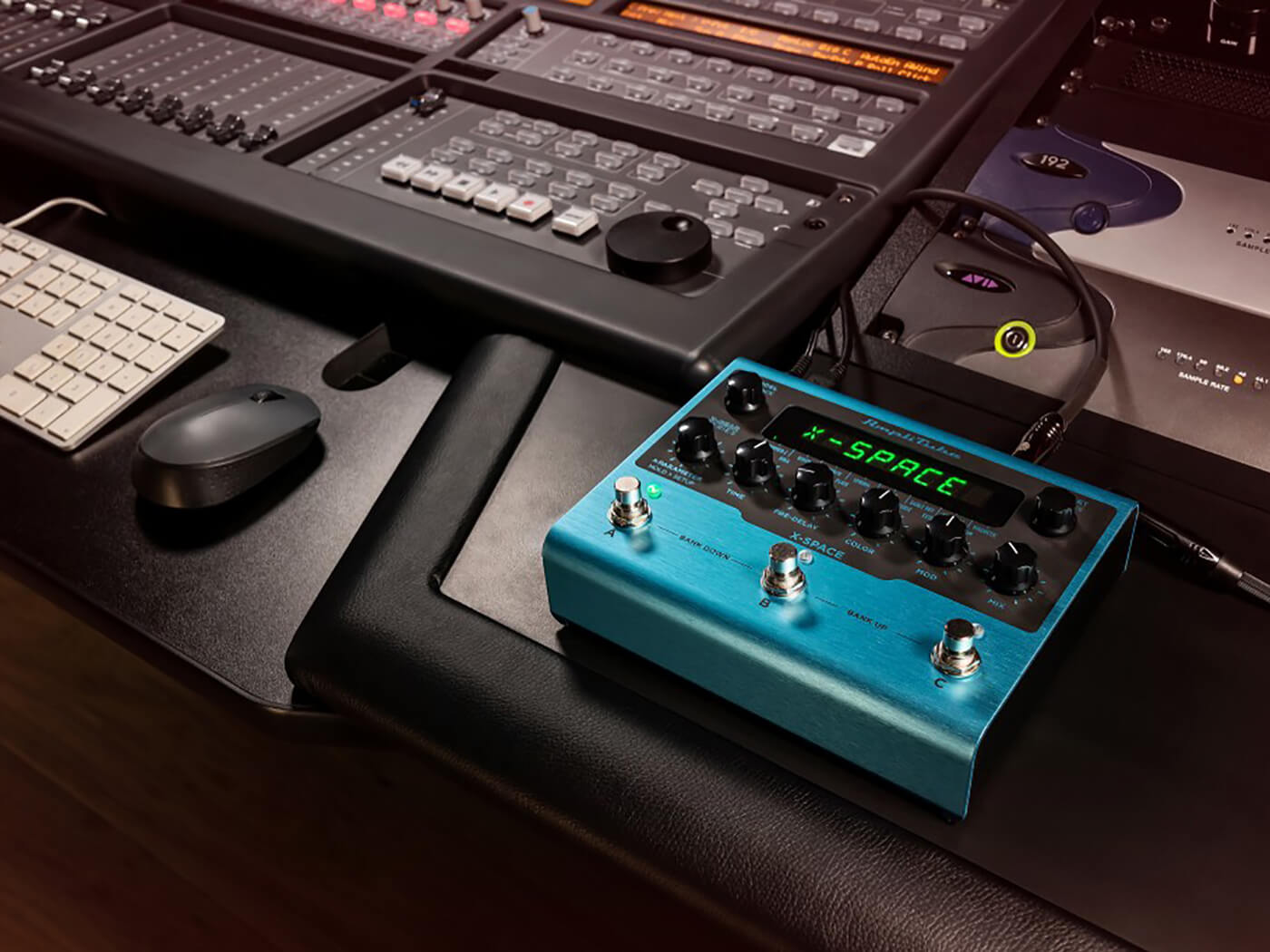 IK’s four new stompbox effects all bear the AmpliTube title, as well as a unique model designation. As its name suggests, the X-Space is a stereo digital reverb pedal.

Its layout comprises three footswitches and three rotary controllers, as well as basic parameter controls. Each program bank contains three presets enabled and navigated off via the footswitches. You can also scroll through presets using the endless rotary controller to the right of the central LCD screen. Thankfully the X-Space’s operation is as straightforward as its menu wayfinding. 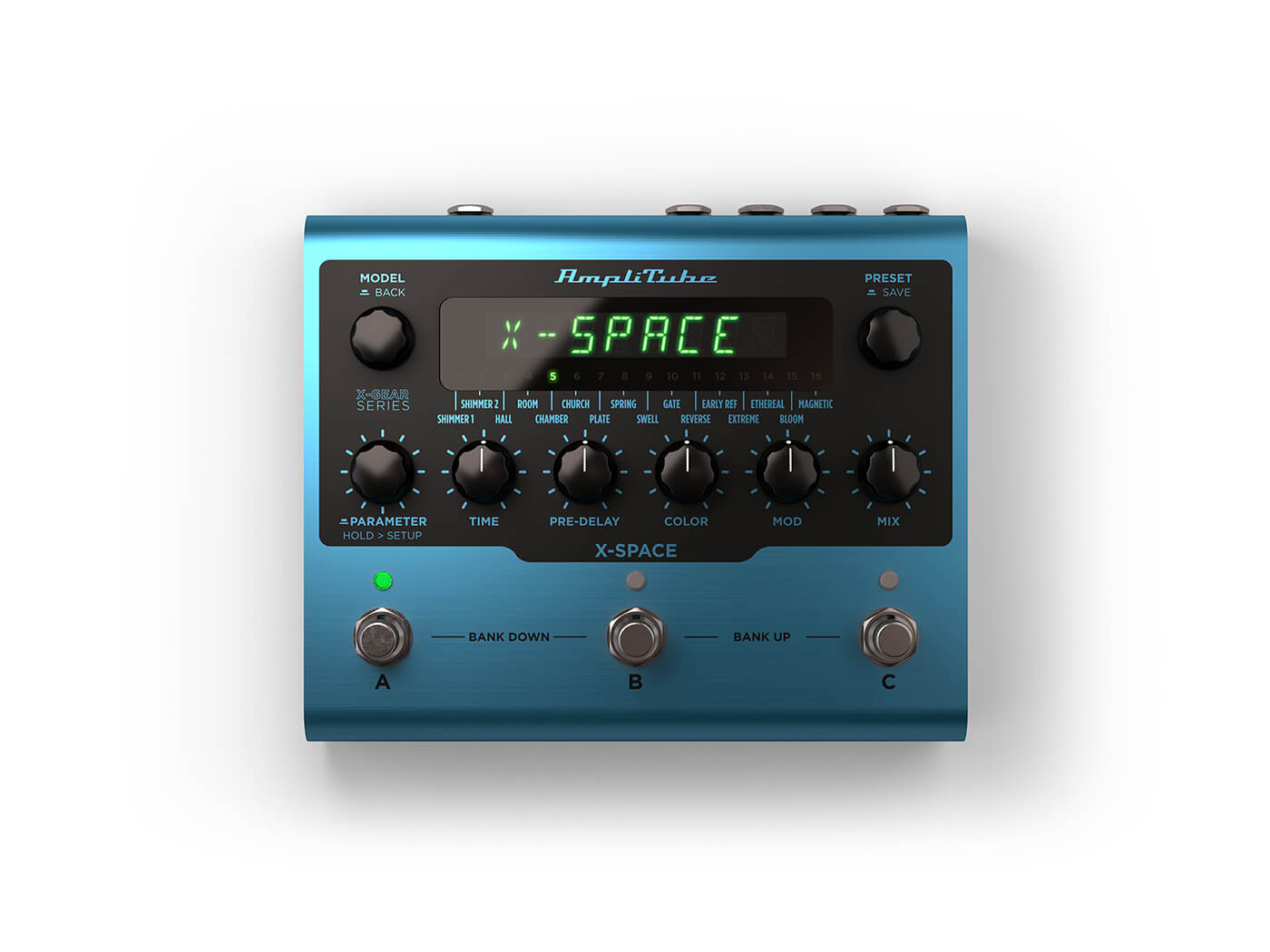 The pedal boasts all the usual reverb types – including plate and spring, plus different room types – here divided into different categories. But it also features a range of processed sounds that include two shimmer reverbs, bloom, reverse and gated reverbs.

The factory presets, designed to showcase the pedal’s abilities, are mostly made up of sounds with long tails, plus lots of modulation and pitch shifting. Though they sound impressive, they won’t be useful in most contexts. There are basic, solid-sounding spring, plate and room factory presets too, of course, but they’re outnumbered by the heavily processed options. 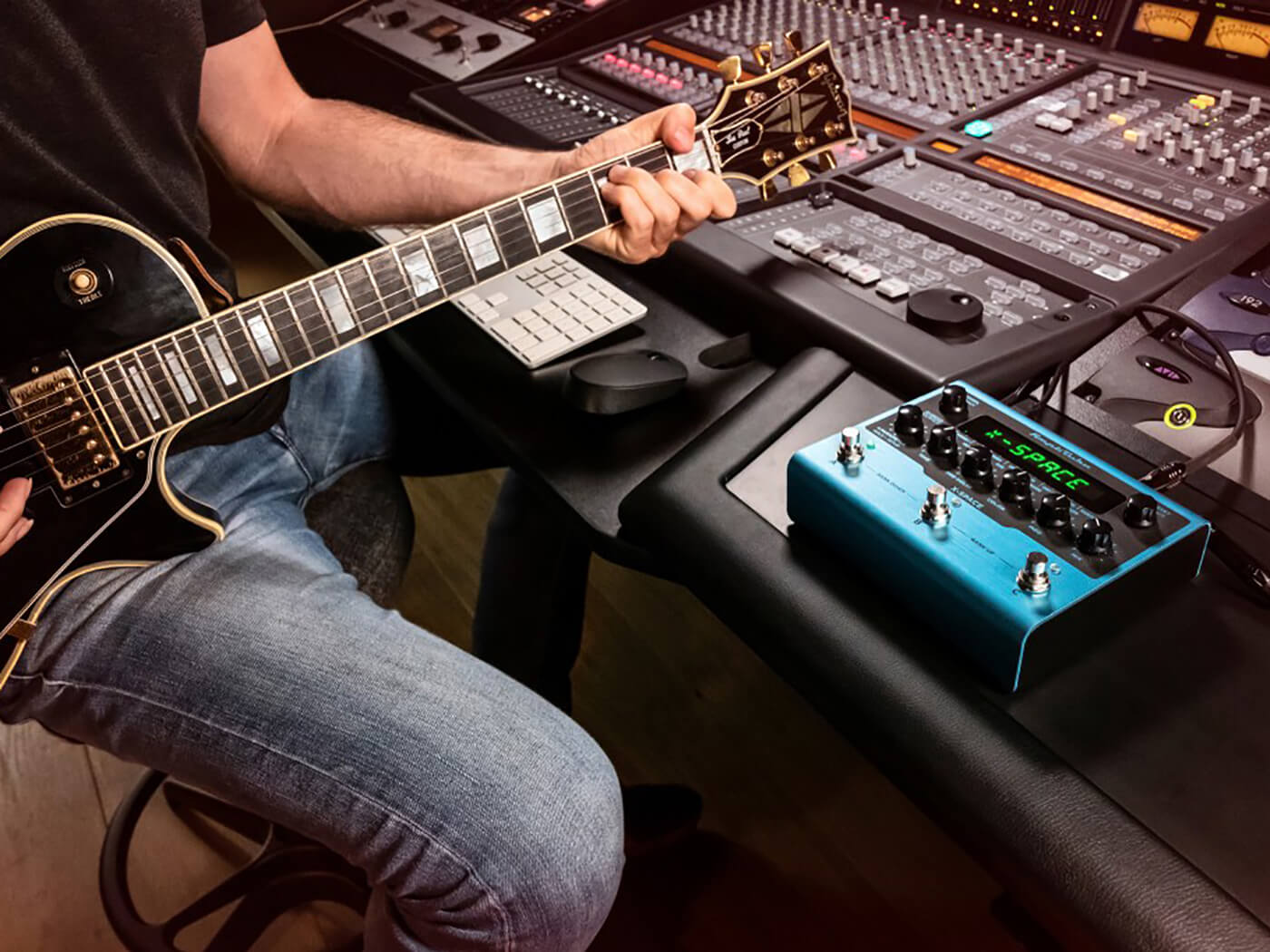 Thankfully, once you disregard the presets and start programming from scratch, it quickly becomes clear that the X-Space could be the only reverb pedal you’ll ever need. The emulation quality of the spaces and reverb types is excellent, and the endless rotary Model knob to the left of the screen moves between reverb types, making it easy to audition them.

The spring reverb in particular sounds superb. By adjusting the pre-delay time and the length of the reverb, it’s also possible to achieve a realistic emulation of that much sought after genuine spring spank. The room types (room, hall, church) offer expansive control over the tail length, making it possible to create virtual rooms of any size, even if they all sound a little bland. 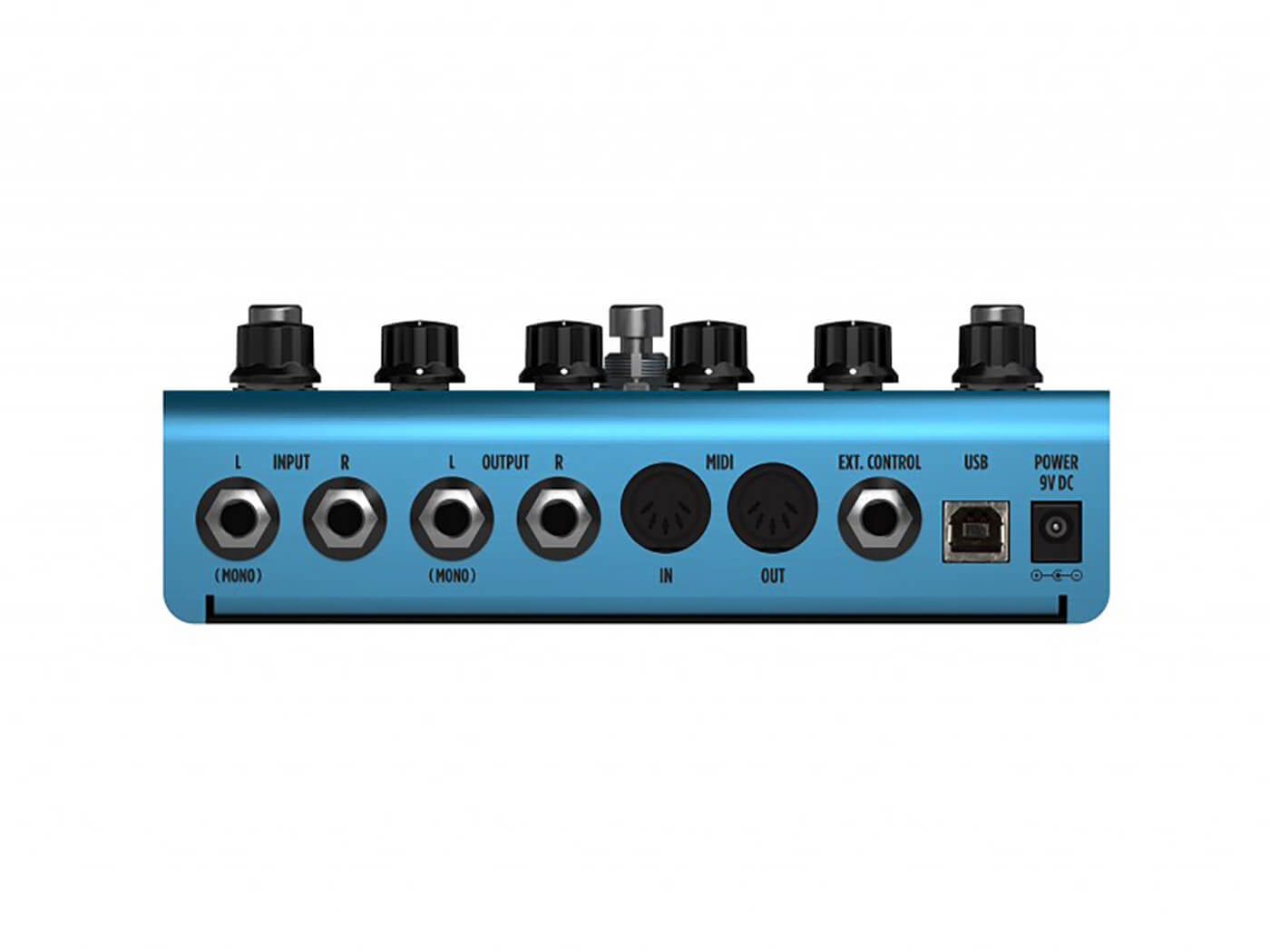 Where the X-Space truly shines is in pushing the boundaries of reverb through the use of shimmer, bloom and swell. The pedal brings the fight to another, long-established Strymon Blue Sky pedal and really holds its own. For artists that love enormous textures and extensive reverb pads, the X-Space excels, and the X-Mode extends the reverb length to its maximum while the footswitch is held down to create even longer sounds. 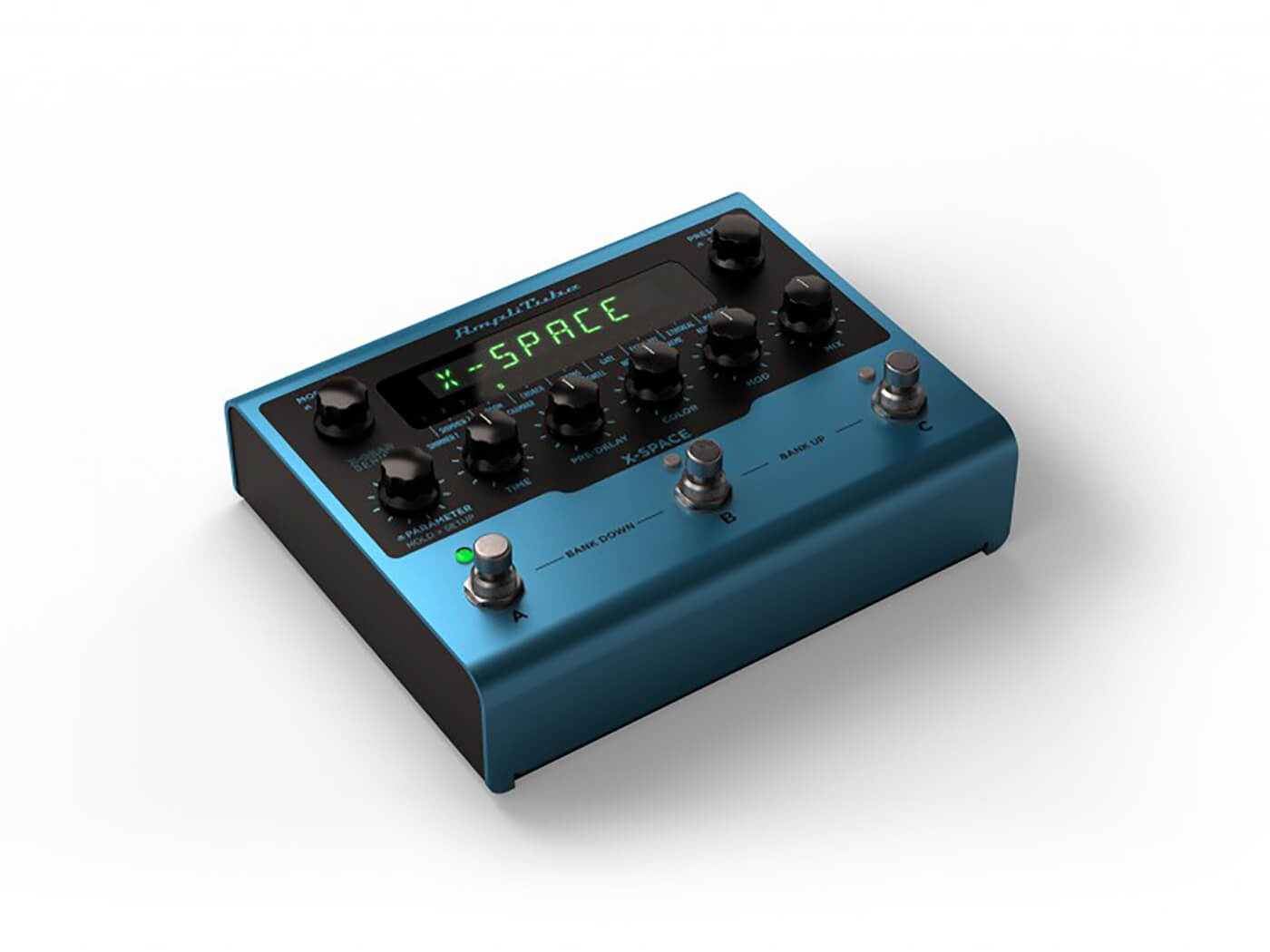 Buy the X-Space and you’ll also get access to a version of AmpliTube that includes a software emulation of the pedal, allowing you to create sounds in software and upload them to your physical unit.

Once you start to create your own sounds and get beyond the presets, you’ll find that X-Space caters to users with both traditional tastes and more extreme reverb desires.