With their latest pedal version of a classic Harmonizer algorithm, Eventide has recreated a studio monster at an affordable price. 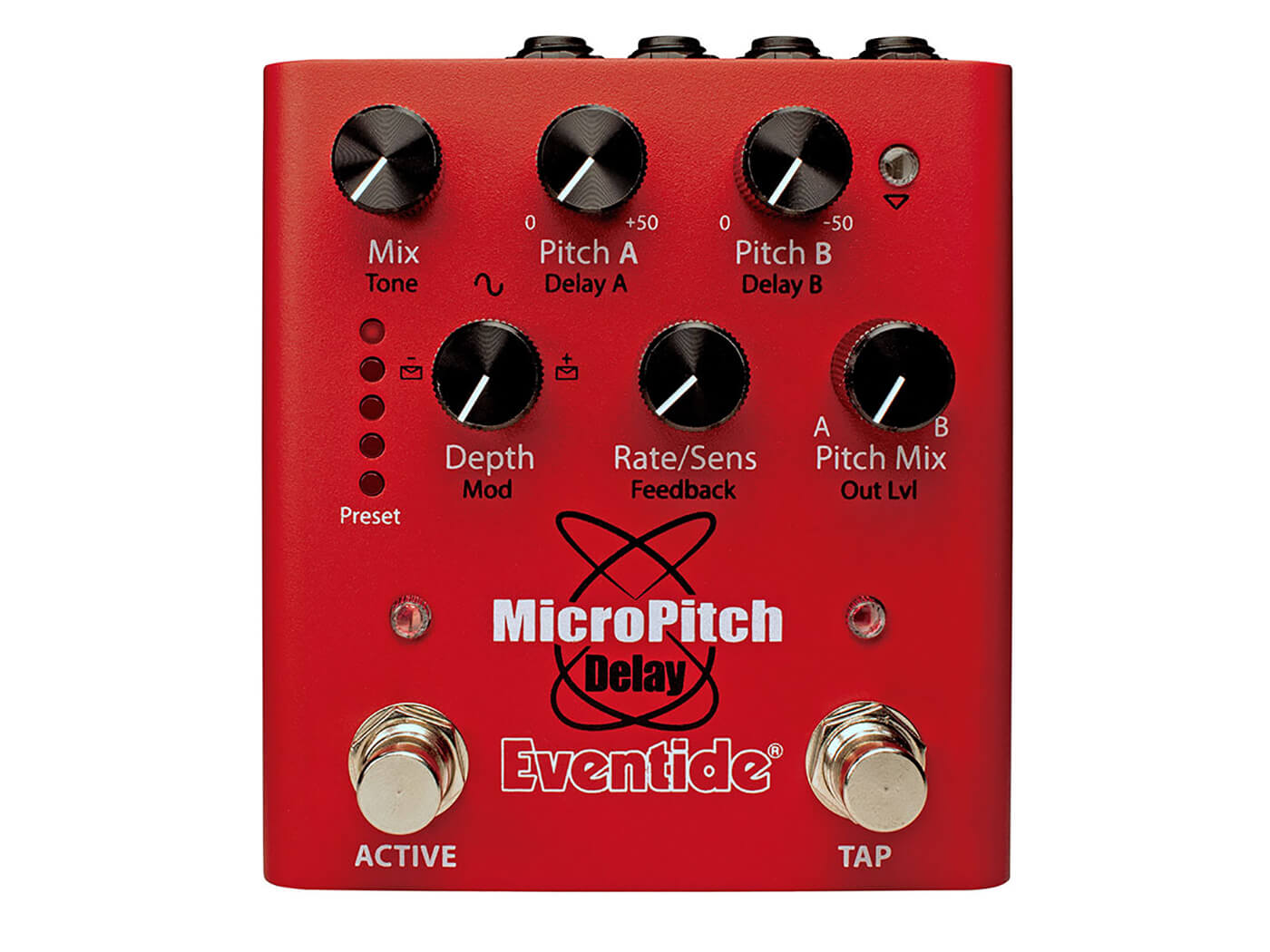 
The MicroPitch Delay works excellently as a modulated delay effect and adds a huge amount of width to any signal fed into it. The ability to control the pitch modulation and the delay sections separately means a very wide variety of sounds are available within this small box.

Eventide is well known for its plug-ins, rackmount effects and premium multi-effect stompboxes, but more recently, they have moved into the single-effect market. The formula is to put one of their existing effects into a dual stompbox enclosure, allowing more users to access famous Eventide sounds in hardware form at a more affordable price.

The latest of these is the MicroPitch Delay. The MicroPitch Delay effect evolved from a slight anomaly in an early Eventide Harmonizer (the H910). This rack effects unit had a slightly unstable clock, and when the clock speed changed, so did the associated pitch – but only by a tiny amount. Several producers enjoyed the sound of this effect and would wire two H901s up to create a wide, subtly modulating stereo effect. Noticing this, Eventide built in the functionality to alter the pitch by very small amounts into the next generation (the 949), which had a more stable clock.

The unit is a solidly built dual-footswitch in a striking shade of fire engine red. The box contains the pedal, a PSU with a range of adaptors for different mains types, a micro-USB cable, a quick-start guide and some preset cards (that look rather like beer mats).

We connected the pedal input to Output 3 on our Audient iD44 and routed the pedal outputs back to inputs 1 and 2, routed things correctly in our DAW and sent the pedal some piano to process. This is possible because Eventide’s pedals can accept instrument and line levels. There are two small switches on the back to permit this and another to toggle between mono and stereo operation.

This addition is an excellent function to have on an effect pedal that makes it much easier to get your gain structure correct. 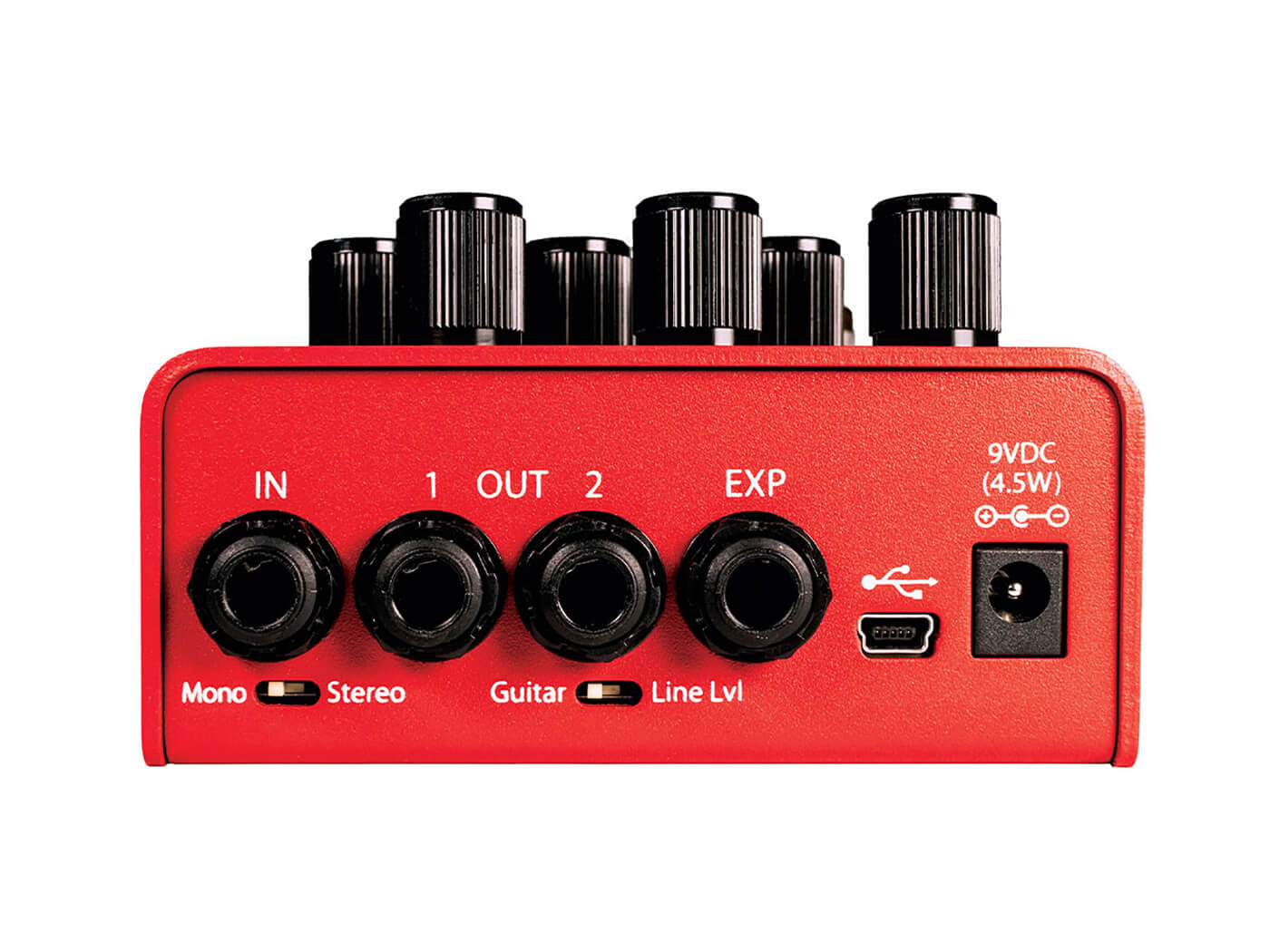 With everything set up correctly, it’s time to get creative. The instructional beermats contain recommended settings for specific sounds. These are based on recommended sounds from the Eventide website and presets from previous Harmonizer versions. The cards sit over the physical controls of the pedal and indicate the required knob positions for both primary and secondary controls.

These are a great place to start and provide a good sense of the MicroPitch Delay’s capabilities. The subtle modulation from the first preset card added some beautiful depth to our piano and thickened the sound to give it a lovely 80s feel.

As previously mentioned, the controls are in two layers that are selected by a small LED button in the top right of the pedal. On the first layer, it is largely the pitch modulation controls, and on the second layer, it’s largely the delay functions.

The amount of pitch is controlled by the A and B knobs. A can raise the pitch by up to 50 cents, and B can lower it the same amount. The idea here is that each pitch control affects one side of the stereo signal – so the left channel gets sharper while the right channel gets flatter. The combination of this can create anything from a subtle chorused effect through to some pretty serious vibrato.

You can control modulation with an LFO or an envelope follower. The follower can be set to change the pitch range depending on how loud or quiet the incoming signal is. A particularly nice touch is the ability to have the pitch range decrease with louder signals. Although quite effective, we personally preferred the solid modulation from the LFO – but this is very much a personal preference.

The other function that this pedal provides is delay. By flipping to the second layer, the same knobs that controlled the pitch range for the left and right channels now control the delay time for each channel. Depending on the mode, you can get a delay of up six seconds (which is a very long delay), so you can create some spectacular effects. The internal pedal clock can either be synchronised to seconds or to bpm and the tap tempo then allows the delay time to override the rotary control.

As an experiment, we tried to see how the pedal stood up just as a delay effect and removed all the pitch modulation from the sound. By adjusting the tone control, we could get some passable BBD style delay effects as well as exact copies of the original signal. There are no musical subdivisions available so if you want dotted-8th delays you’ll have to synchronise them by ear despite the tap tempo! However, this isn’t really what this pedal is about – but it could certainly fill the role of a traditional delay pedal if the need ever arose.

When you start combining the modulation and delay, the fun begins. By combining different levels of pitch modulation on the delayed signals and having different delays on each channel, incredible soundscapes are possible. The pedal contains valuable functions that let you balance the channels and the overall wet/dry mix. These simple auxiliary controls (along with the tone control) are enormously beneficial in sculpting sounds.

There’s no doubt, this is a potent modulation and delay pedal, and it is the first pedal that I have ever believed needs to run in stereo. Although it works perfectly well in mono, the single-channel mode simply doesn’t do this effect justice. To get a real sense of the width that the MicroPitch Delay can add to a sound, it needs both channels.

My only real complaint is that two of the LED buttons aren’t labelled on the pedal – they aren’t obviously buttons, but given that they are used to select time modes and presets, a tiny bit of text might help here.

You can use this pedal in so many different situations. Whether you’re creating width, thickening vocals or creating synthesizer soundscapes, this pedal is useful in multiple ways. And because it can store presets – you have them constantly available once you’ve made them! 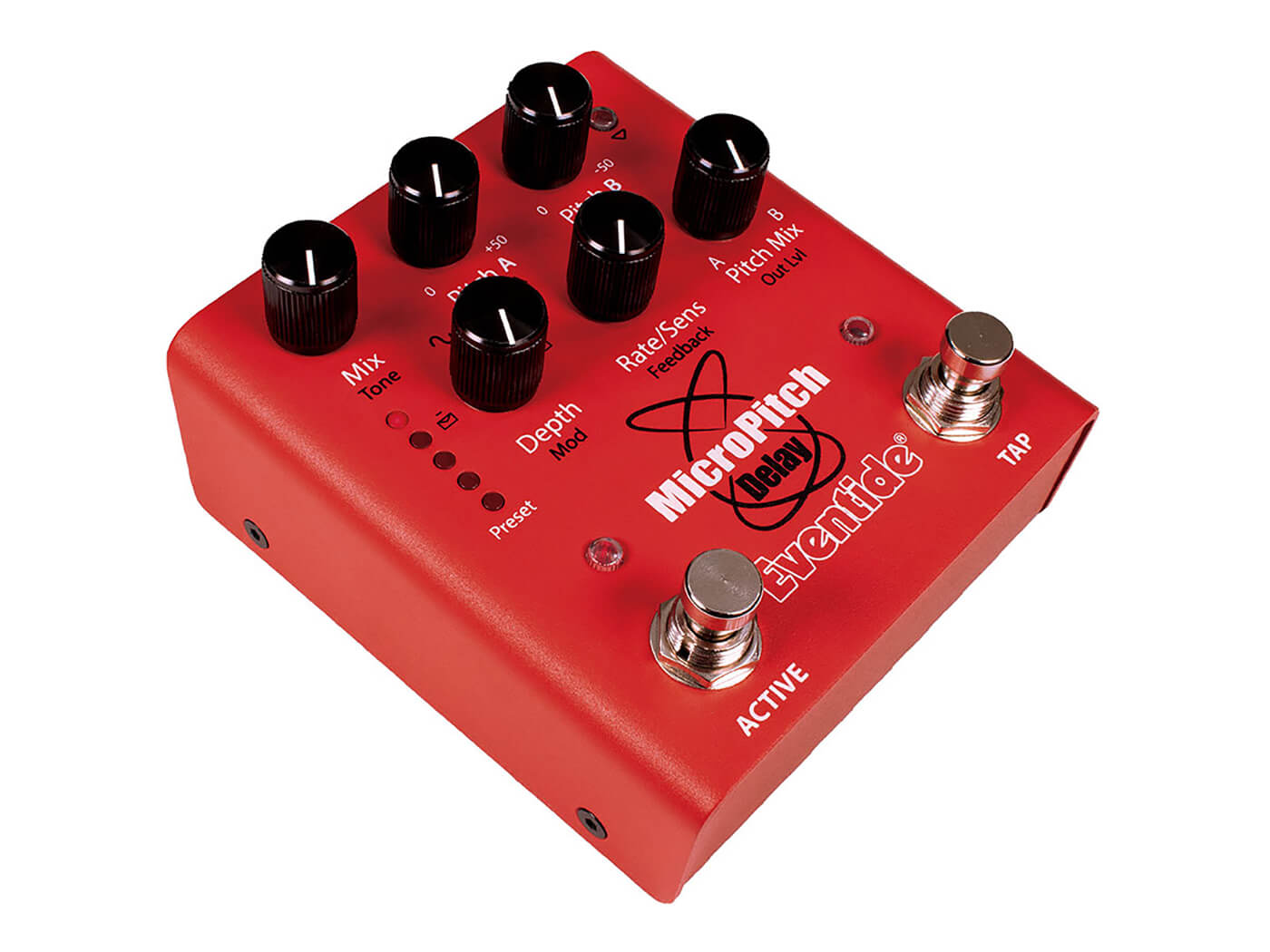