The keyboard’s AiX-powered vocal synthesis engine comes with a little help from the Nagoya Institute of Technology. 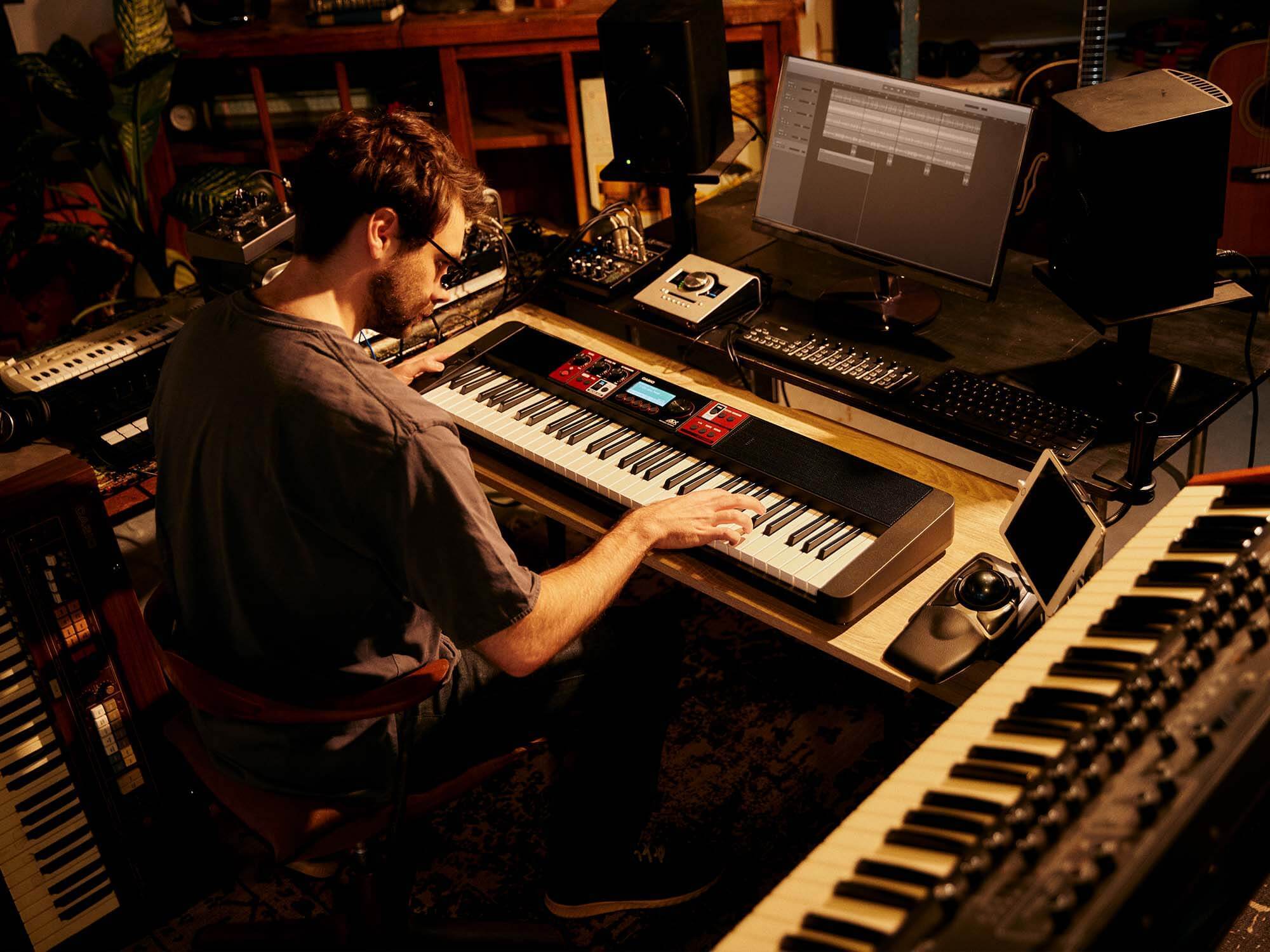 Casio has always straddled different worlds. Its status as an esteemed purveyor of vintage digital watches and retro-looking calculators is all but cemented. But, for many, its ubiquitous keyboards conjure nostalgic memories of cheesy drum loops and heavy-handed emulations of orchestral instruments. Casio has yet to make significant strides into the world of professional music technology but, given the CT-S1000V’s capabilities as a vocal synthesis instrument, that might be set to change.

Casio hasn’t held back on hyping up the CT-S1000V, promising that the keyboard “redefines the concept of a keyboard and how it’s played” and that it opens up “new creative possibilities and freedom of musical expression”. Its headline attribute is its vocal synthesis engine, which according to Casio was created “using machine learning to statistically model singing voices”.

Based on that rubric, the CT-S1000V seems to harbour Casio’s genuine desire to find a home in the arsenal of music producers and reimagine what a keyboard in this category can achieve. The manual, for example, is 355 pages long.

Importantly, it still retains every bit of its Casio-ness. In all the ways you might expect, the CT-S1000V is a classic, fun, Casio keyboard. It would be nothing short of a disservice to forget all the wonderful features that entails: it has onboard speakers! It has cheesy demo songs! It has an Orchestral Hit preset! Crucially, it also has all those percussion sounds you’ve never heard in real life but have heard many times on a keyboard.

Therefore, while it wouldn’t be fair to judge the CT-S1000V purely in the context of a professional music environment, its capabilities mean that it’s not prudent to judge it on its accessibility for young or entry-level players either.

There are tell-tale signs of Casio’s ambition for the CT-S1000V on its interface. For instance, there’s LED labelled ‘Advanced’ for those voices with complex levels of player control and parameter arrangement.

On one side of the CT-S1000V are its instruments. It has a massive bank of 800 preset instrument voices to choose from, along with two user-sampled voices, more than 200 percussive rhythm patterns and dozens more importable user rhythms via its USB slot.

You can also play rhythmic patterns with the lower section of the keyboard in chord mode, to create fun, easy, rhythmic chord progressions in a variety of styles. This is ideal for introducing newcomers to the magic of grooving along with a rhythm and chord progression. From pianos to organs to pitched percussion, the voices sound decent and the CT-S1000V’s velocity-sensitive keyboard feels solid.

At first glance, the presets appear fixed but under the hood there’s a substantial adaptability across the board here, from basic envelope control to a limited effects bank. Three assignable knobs can be allocated to almost any of those parameters: panning, modulation or frequency band-specific gain. The functions of the five primary buttons below the LCD screen can also be customised (and yes, that can include triggering the demo song).

The included Bluetooth USB adaptor allows the CT-S1000V to sync via MIDI with external devices and receive incoming audio wirelessly, which means it can double up as a Bluetooth speaker if you connect it to a music-playing device. It also allows for easy, wireless sampling of incoming audio, which can either be chromatically mapped across the keyboard to be played melodically or allocated sound-by-sound to up to 16 keys as a drum bank.

Sample editing is limited, with automatic truncating on the front end for a quick response but no option to edit the sample envelope beyond this. We would’ve liked storage space for more user-generated sample instruments but such limitations are warmly reminiscent of instruments like the purported ‘cheapest sampler ever’, the Casio SK-1, whose samples would not be retained after power-off, therefore giving a scarcity value to its finite sampling capacity. Plus, it allowed musicians to proudly tell their peers, “that part was all done on a cheap little Casio!” One wonders if there might be room for Casio to introduce a down-sampling function to emulate the characterful lo-fi quality of those early samplers, á la Roland SP-404.

The CT-S1000V’s Acoustic Intelligent eXpression, or AiX, vocal synthesis engine is impressive. Players are offered masses of control over the vocoder’s performance and articulation, including syllable speed, envelope, rhythmic allocation of words, gender, age and more. Here, it’s easy to achieve rich, snappy vocoder sounds with all the rhythm and expression you might need – think Daft Punk’s 2013 track Doin’ It Right.

There are 23 vocalist styles, from synthetic choirs to classic vocoders and Microsoft Sam-style sounds, plus control over modulation depth and time, portamento, low-pass filtering and more. There’s also the option to turn the lower section of the keyboard into a series of function selectors for expressive live performance. With this you might, for example, change a phrase’s word order, retrigger it automatically or loop a word in isolation.

With the obvious exception of live vocal processing through a vocoder, it’s hard to see how one could want much more from a playable vocal synthesiser. The sound of the CT-S1000V holds its own next to industry favourites such as the Korg MicroKorg. It comes with a host of cheesy factory lyric presets but, beyond this, users can input custom lyrics with their own rhythm allocations via Casio’s Lyrics Creator smartphone app. We would have liked this to be possible from the keyboard’s native interface, or at least over Bluetooth, but alas, we’ll make do with connecting to our chosen device via cable.

Casio straddles worlds – and the CT-S1000V bridges the worlds of the professional and the entry-level extremely well. It’d be at home in a school, church or playroom, but also has its place in the corner of a pro-level studio, and in light of this its price is reasonable. Such wide applicability is no mean feat. The magic of hearing a voice sing the words you’ve programmed in – or one’s own voice sampled across a keyboard – might be just the thing to enthuse a young producer. Meanwhile, experienced musicians will still get to point out the synthesized vocals in a mix and say, “Oh, and that part was all done on a Casio.”