This desktop monosynth promises a “wonderful angry pure analogue sound”, but can it deliver? 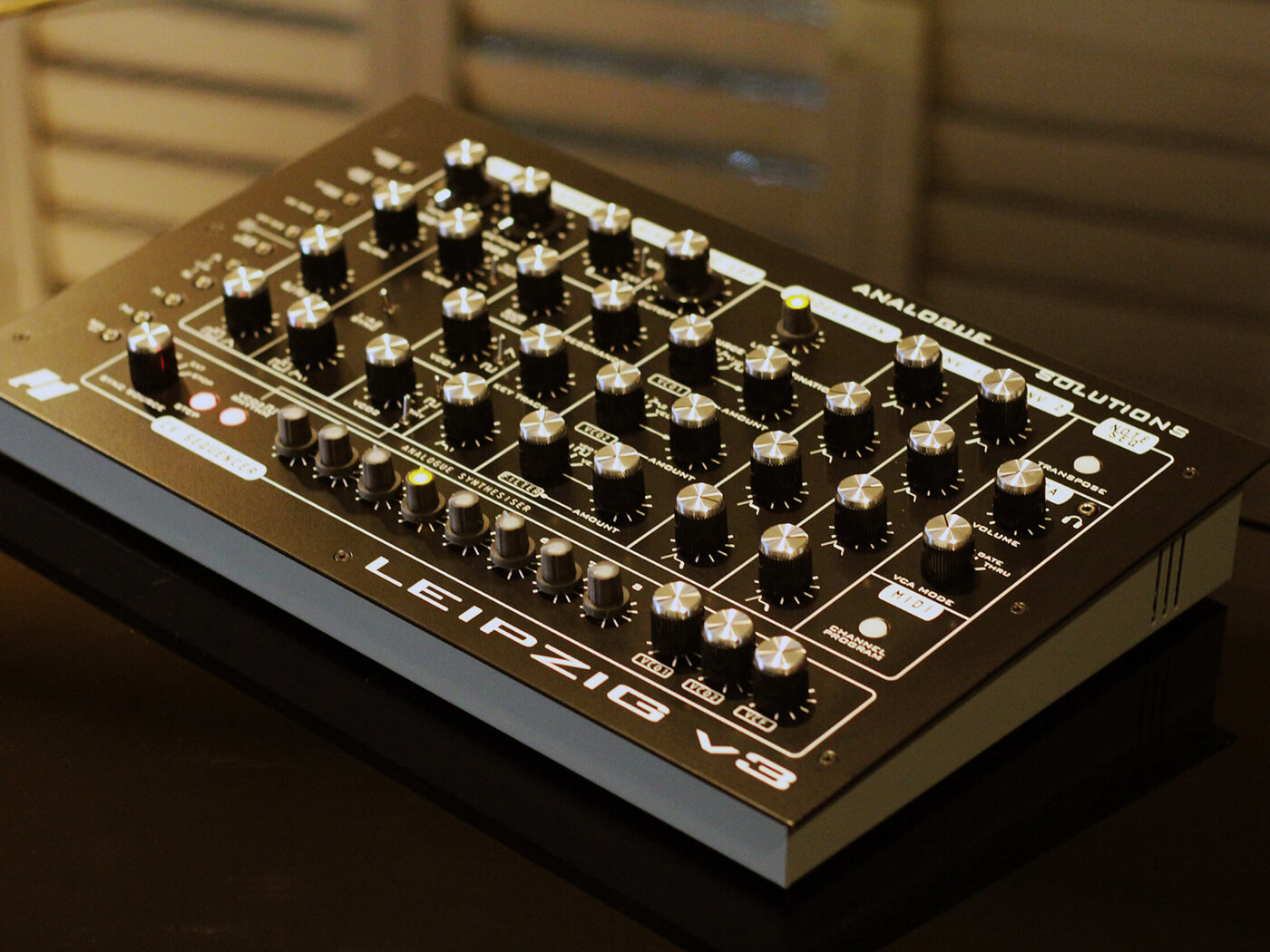 Analogue Solutions has revamped an already decent synth with expanded sequencing capabilities and added patch points for better integration with other gear. The Leipzig V3 is an excellent choice for those seeking a classic-sounding analogue synth and sequencer combination.

Analogue Solutions has been in the synthesis game for over 25 years. It started creating analogue synth and drum modules when others were embracing DSP-based virtual-analogue synthesis, with its allure of massive polyphony, almost infinite modulation possibilities and the big sell of built-in effects. We’re now in a world that embraces the full panoply of sound generation and processing approaches, from analogue-style virtual instruments, via digital hardware to ‘proper’ old-school analogue. And it’s in the final of these camps that AS has carved its niche, surviving the vagaries of the music industry by sticking firmly to what they know. However, this doesn’t mean that the company maintains a rigidly defined product range.

In recent years, it’s ventured into small desktop effects and noise generators as well as the vast, expensive and highly covetable Colossus mega-synth. This neatly brings us to the Leipzig V3, which is the follow-up to their Leipzig S, and includes tweaks and new features, while claiming to retain that “wonderful angry pure analogue sound”.

The Leipzig V3 (LV3 here forward) has a similar architecture to the Leipzig-S, which boils down to two VCOs, two envelopes, one LFO, one filter, a VCA and an 8-step CV sequencer – classic monosynth territory. One sentence doesn’t do justice to how all the elements are linked, let alone what the synth sounds like or functions in the real world.

The LV3 has a hefty steel desktop housing with a single audio output, MIDI In and Thru, plus a power socket and switch (fed by an external 18v PSU) on the rear. More notably, there are 11 3.5mm patch points for internal (and external) routing and a small headphone output for silent noodling. The patch points are a useful addition, and allow the LV3 to play quite nicely with some Eurorack gear (especially if you want to clock the sequencer or add an LFO or Envelopes to more modest setup). However, CV control of the VCOs is strictly for modulation-only, as they do not conform to the 1V/Oct standard (something the internal MIDI to CV converter does at least seem to handle fine).

The top panel follows the visual cues of its forebear and is very much in the Analogue Solutions house style. That’s to say, unfussy and functional in a 1970s kind of way. Knobs, for the most part, are large and chunky, with smaller ones for the LFO and sequencer steps, each with a central orange LED. The LV3 won’t win any contemporary visual design awards, but the interface is spacious, clearly laid out and resolutely one-knob-per-function. And, gloriously, there are no shift-key presses to remember. 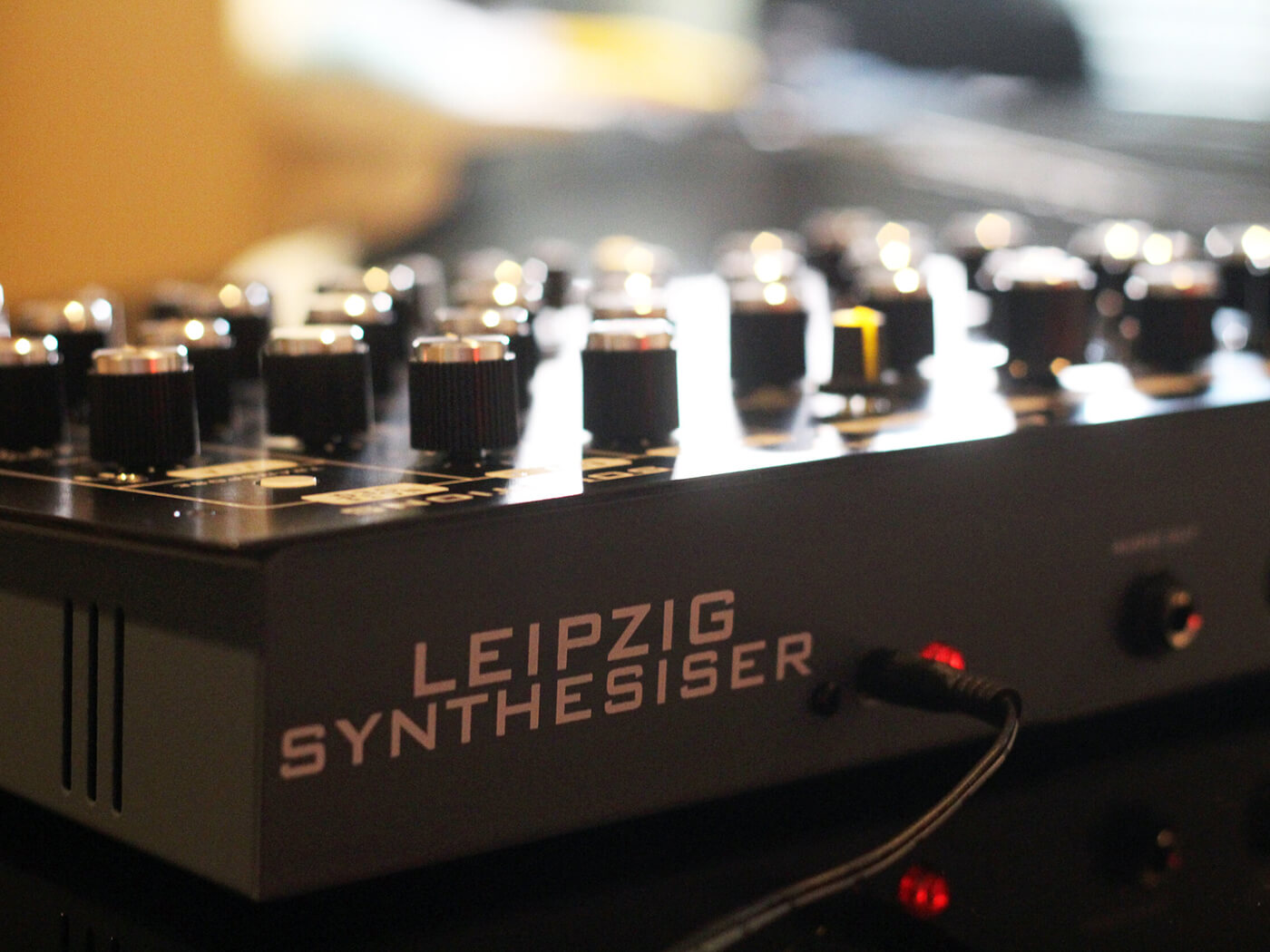 Internally the LV3 employs two PCBs, one hosting all the synth and sequencer circuitry and front panel controls, and the other delivering power and MIDI/CV interfacing. As is common these days, the main board employs mostly surface-mount components. One possible longevity concern is that all connectors and pots are held in place via the circuit board only, and not screwed to the front panel (which with heavy use could open it up to potential solder joint problems in the future).

Although the VCOs are largely similar and generate pulse (square) and sawtooth wave shapes, they differ slightly in their control. The tune pot controls the tuning of both, with the second detune control determining the frequency offset of VCO2. These provide quick access to a wide frequency range, though the one-knob approach does compromise accuracy a little at times, and is not as immediate as having octave shift buttons. VCO1 has a manual pulse-width control for making the output thinner and more nasal in tone. It can also be modulated by the main LFO for creating the classic PWM thickening effect. VCO2 gets oscillator sync – perfect for harmonic sweeps and wailing leads – and the ability to control pulse-width from Envelope 1. Each VCOs also has its own glide (portamento) control.

The mixer section is where the square/saw waves (selected via toggle switches) from the two oscillators are combined with a sub-oscillator (one octave below VCO1) and with either white noise or external audio (fed in via the front panel patch socket). All these combined make for a thick soup of audio ready to be shaped by the filter section, and harmonic complexity that a single VCO design can’t really achieve. Noise is essential for creating drum sounds such snares, and the dual oscillator+sub design makes clean sub-bass or fat synth pulses equally achievable.

Next, we have a very straightforward filter section, with cutoff, resonance, keyboard tracking and a modulation depth control fed from Envelope 1. The filter is a gutsy Moog-style 24dB/octave resonant low-pass variety that you can easily drive into self-oscillation for further sonic fun. Alongside this, the modulation section offers quite a few options via its seven knobs.

The LV3 has a single LFO (which at its highest rate extends to the lower reaches of the audio range) and dedicated modulation options for each VCO and the Filter (with a slightly different range of modulation sources for each). So, while you get independently selectable triangle and square wave LFO modulation for each VCO’s pitch and filter cutoff, VCO1 can be cross-modulated from VCO2 for more gnarly metallic or enharmonic sounds.

VCO2 and the filter can come under MIDI velocity control, and the VCOs have their pitch swept by Envelope 1 and 2 respectively. Lastly, filter cutoff can be modulated by VCO1, which is especially effective for FM (frequency modulation) when filter resonance is maxed out and generating a cleaner waveform (sine) than either VCO is capable of achieving.

It’s a shame that the LFO doesn’t reach higher in the audio spectrum, as this would expand the FM and AM (Amplitude Modulation) capabilities further still. But perhaps this is a limitation imposed by the fact that the internal sequencer is also clocked by the LFO.

Ultimately though, this is a surprisingly effective system, as it allows you to dial up useful routings quickly, and without recourse to menu diving. The downside is that some degree of flexibility is lost – perhaps a by-product of using analogue circuits (where some competitors embrace more elaborate digital modulation options). The two ADSR envelopes and VCA control round things off in terms of synthesis. Again, even if Analogue Solutions appear determined to remain steadfastly retro by employing only simple envelopes, it’s a shame that one of them couldn’t be pressed into service as a pseudo-LFO by making it loopable (where the envelope is re-triggered automatically after each full cycle).

So far, we have great-sounding monosynth that is steeped in 70s nostalgia and quite a distance from the simpler and more compliant tones of 80s DCO-based synths such as the Juno-6 or 106. However, it is the sequencer that takes things further, and away from Minimoog wannabe territory. This may look like a pretty simple 8-step CV sequencer with the ability to route its output to each VCO’s Pitch and Filter Cutoff independently. In short, it is, with clocking coming under LFO, MIDI Clock, MIDI Note or External Trigger control. 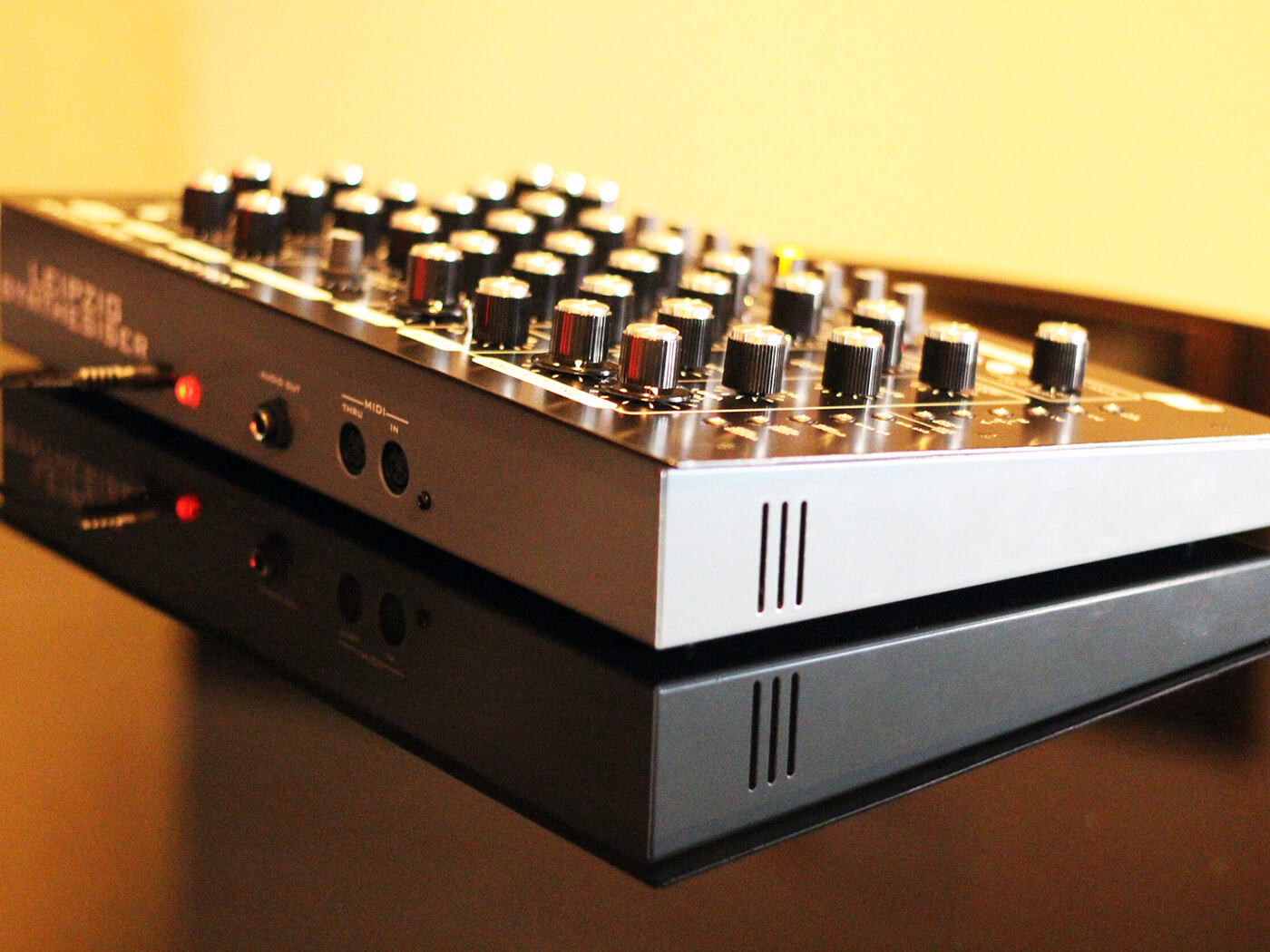 However, delve deeper, and you also get a Rhythm sequencer, where each step can turn VCO2 on or off, and an additional 16-step dynamic note sequencer. The latter is quite nifty, as it simply stores the last 16 MIDI notes received and sequences them in time with the analogue sequencer. Pressing Transpose keeps the current sequence and allows incoming notes to shift the sequence’s overall pitch up or down. Using these three functions together can make for some complex sequences with plenty of timbral movement. In many respects, it’s easier to play in a note sequence than adjust knobs for accurate pitch steps. All it’s missing is a way of changing the sequence length of both the analogue and digital sequencer elements. It would also be great to open up the possibility of even more complex and shifting sequences, and a second LFO would be nice – both things that the Moog Sub 37 can turn its hand to with ease.

The Leipzig-v3 is a great-sounding and surprisingly flexible synth. It doesn’t offer the more elaborate control features of some competitors, but with each control linked to a single parameter, what you see is what you get – making interesting sonic about-turns is part of the fun. However, this doesn’t discount if from being a decent synth for stock-in-trade bass, leads and effect sounds – and the angrier and dirtier tones that AS aspired to with the Leipzig-S. The fact that the LV3 only has a 4-pole low-pass filter means that some of the tones associated with less bombastic filtering or use of high and band-pass varieties are largely out of reach. Still, this hasn’t stopped many other synths from arriving at classic status.

The lack of presets will be a drawback for some users, but it also forces your hand when it comes to original sound design, which means each sound you create will never quite sound the same as the last one.

While it isn’t cheap and faces stiff competition in a crowded marketplace, it is definitely one to try. Whether you can live with some of its limitations compared to more contemporary-leaning alternatives will be down to individual needs and wants.