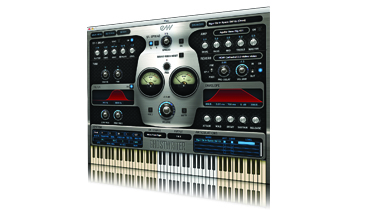 Is Ghostwriter an auto-composition tool or a more ‘otherworldly’ instrument? Mark Cousins unlocks its hidden secrets. 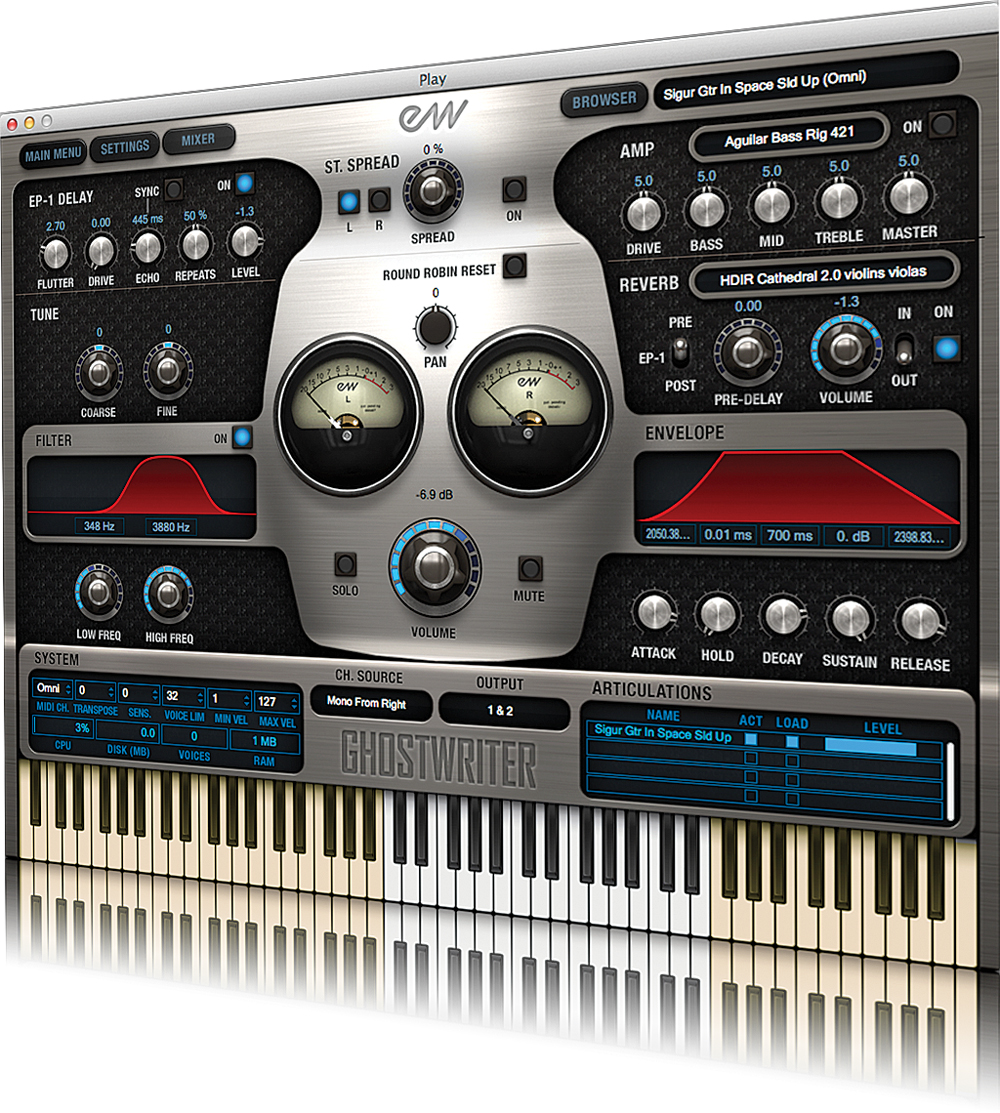 Ghostwriter is a new library from EastWest produced in collaboration with Porcupine Tree’s Steven Wilson. For the uninitiated, Steven Wilson has been writing and recording music since the early 90s and has become famous for his unique 5.1 surround mixes, with a number of album mixes for the likes of King Crimson, Jethro Tull and Roxy Music, among others. Having recently recorded his third solo album, The Raven That Refused To Sing (And Other Stories) at EastWest Studios, it was only a matter of time before his unique approach to sound design made its way into a library for the PLAY system.

Ghostly Apparition
Given the straightforward moniker of many other sample libraries, we have to admit to being initially perplexed about the role and application of Ghostwriter. At first, its title seemed to suggest that Ghostwriter would be one of the many phrase-based libraries currently doing the rounds – tools that largely write the music for you, rather than you having to compose it yourself. But Ghostwriter is a somewhat looser concept, essentially offering Steven Wilson’s ‘organic’ approach to sampling as part of your palette of sound. So, in short, Ghostwriter isn’t an auto-composition tool, but instead, a unique palette of playable sounds and effects that might inspire your writing process.

Once you’ve installed the 60GB of content included in Ghostwriter, the concept behind the library becomes more apparent. The folders divide into relatively straightforward instrument groups – guitars, keys, basses, vocals and drums – and the instruments themselves seem relatively commonplace, whether it’s a Telecaster, a Les Paul or a combination of vibes and glock. Where Ghostwriter marks itself out as being unique is in the way many that these instruments have been sampled, often using effects, signal processing and re-amping as an integral part of the sound.

Seance
While it is possible to find relatively clean multi-sampled versions of the instruments in Ghostwriter, many of the standout instruments often make prominent use of effects. A piano, for example, is morphed through a Leslie speaker; drum kits are routed through an amplifier; an acoustic guitar has been heavily compressed.

Although there’s a definite bias towards rock instrumentation (the size and prominence of the Guitars folder is a good indicator of this), it’s clear that the sound palette is angled towards darker, more abstract sounds, making them highly suitable for film and TV work or for those who enjoy a progressive and experimental angle to their sound palette. 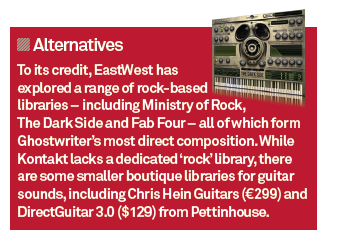 As with Stormdrum 3, Ghostwriter is one of the first EastWest products to make full use of the PLAY 4 engine. Without wanting to duplicate too many of our comments from the SD3 review, it’s worth noting how much you can achieve in PLAY 4, with the notable addition of a new guitar-amp simulator and an Echoplex EP-1 delay (specifically for Ghostwriter) sitting alongside the new modules licensed from SSL. It’s also much easier to work with multi performances in PLAY 4, something that offers some interesting possibilities when layering the alternative versions of Ghostwriter’s instruments. It’s certainly a significant evolution from the PLAY of old, and a great way of unlocking and enhancing the full creative potential of the samples and instruments.

Haunted House
Understanding where Ghostwriter fits into EastWest’s product range is probably the best way of identifying what’s on offer. Despite being a unique product in its own right, there is a degree of crossover with the Ministry of Rock libraries and The Dark Side, which we reviewed back in Issue 94. Of course, if you’re already a fan of these libraries, it’s highly likely that you’ll be won over by what Ghostwriter has to offer.

For new users, the more abstract approach taken to sampling traditional rock instrumentation – in addition to Ghostwriter’s often dark and rather gritty sound – is certainly an appealing prospect that may well inspire your creative process. 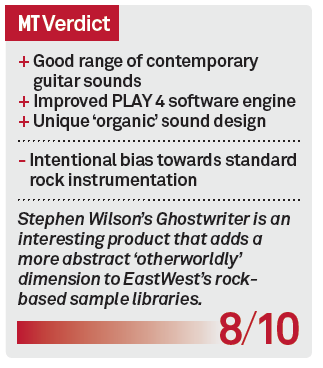