These new monitors feature acoustically optimised bass-reflex cabinets and clever DSP processing. Huw Price hears them out. Details Price PX-5 £439/pair. PX-6 £579/pair Contact SCV London 0330 122 2500 Web www.fostex.com Without wishing it to appear as if we have been reviewing monitors for too long, of late some have started to look quite similar. The same […] 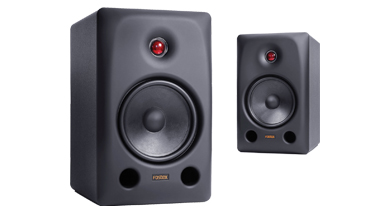 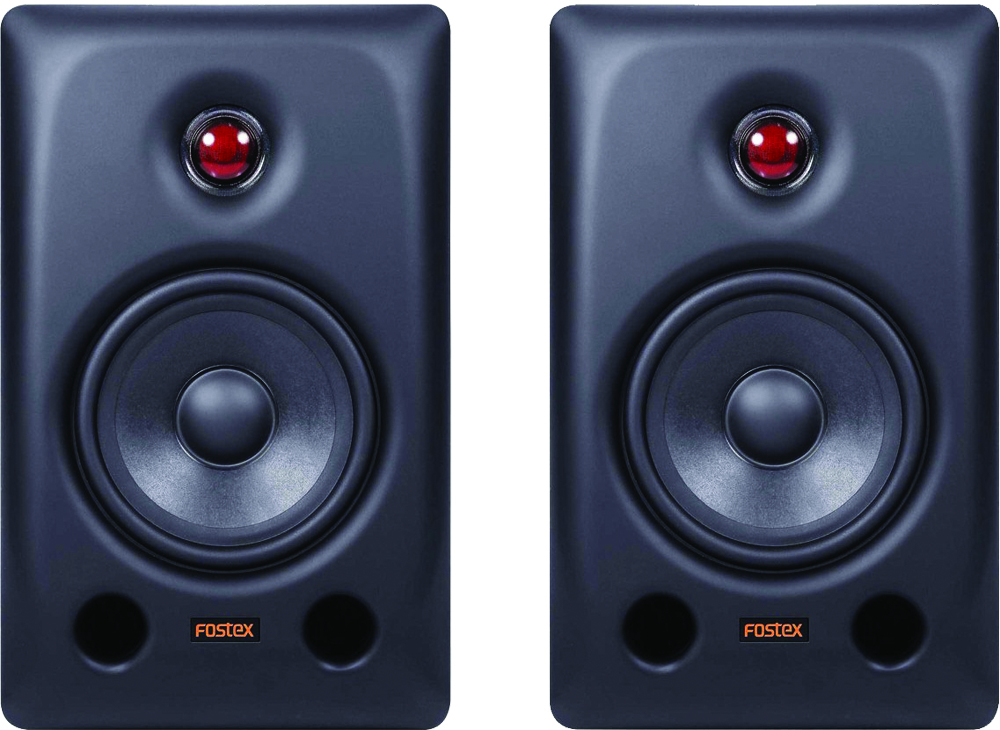 Without wishing it to appear as if we have been reviewing monitors for too long, of late some have started to look quite similar. The same may be said of contemporary car design, and while aesthetic considerations still apply, scientific understanding and advances in materials are the real driving forces. Car designers are aware that aerodynamics can make a car faster, more stable and cheaper to run. Similarly, speaker manufacturers know that certain speaker enclosure shapes can cause unwanted acoustic issues.

We have come a long way since the sharp-edged rectangular boxes of the 1980s. The scientific knowledge has been in place for quite some time now, but making enclosures that could keep pace with acoustic understanding was prohibitively expensive and impractical for mainstream manufacturers. However, advanced materials, CNC routing and other modern construction techniques mean that affordable speakers with wave guides, low-friction ports and rounded edges have gradually become the norm.

PX Appeal
That’s the approach Fostex has seemingly taken with its new series of PX monitors. At present this series comprises just two models – the PX-5 and the slightly larger PX-6.5. The model designation in both cases refers to the approximate diameters of the woofers, which are 5.2-inches and 6.5-inches respectively.
Although black in colour, they are apparently ‘crimson woofers’. We like the name because it sounds like something you might find at Crufts. The slightly odd thing is that the 1-inch tweeters really are crimson, and they’re made from urethane-film laminated polyester. The woofers have super-stiff aramid fibre diaphragms and they’re aided and abetted by two front ports.

As you’d expect, the larger PX-6 has higher power amplification, with 50W and 28W for the low- and high- frequency drivers. By contrast, the PX-5 gets 35W and 18W. These monitors are aimed at the semi-pro end of the market, so the input connectors are appropriate. A combo XLR/TRS jack handles balanced signals, while an RCA/phono caters for unbalanced.
The PX range features DSP technology described as a ‘Digital Network Filter (FIR type) for dividing network’. We’re promised ‘very accurate time-alignment to deliver supreme sound positioning’ as a result. Talking it over with SCV, the UK distributor, we couldn’t determine what this actually means, but it seems likely that it’s intended for phase-aligning a subwoofer with the satellites.

A slider switch selects Level or Tone, with an off position in the centre. To adjust the volume, simply select Level and turn the knob; press it a second time once you’re happy. Pressing the knob again selects Trim mode, which allows for fine adjustments. Since there are LED lights and the knob has indents that can be counted, balancing up multiple speakers is an accurate and straightforward process.

Selecting Tone enables you to access the Bass and Treble adjustment features. Once again, you simply select the parameter by pressing the knob and save your setting by pressing it a second time. The tweeter level can be adjusted within a plus or minus 3dB range and the Bass setting adjusts the roll-off frequency.

The PX speakers are ErP-compliant because they feature a low energy consumption auto-standby mode. Power consumption drops from 65W to below 0.5W, and this conforms with the EU’s Directive 2009/125/EC for the Eco Design Requirements of Energy Related Products. They can therefore be used in schools and colleges as well as government facilities.

Once your settings are stored and the selector switch is returned to the off (locked) position, the control knob can be used to activate standby mode manually. It can also be used to activate a high-pass filter and a wide range of phase-adjustment settings when the PX-5 or PX-6 is used with a subwoofer. For more on this check, the Method Spot box. 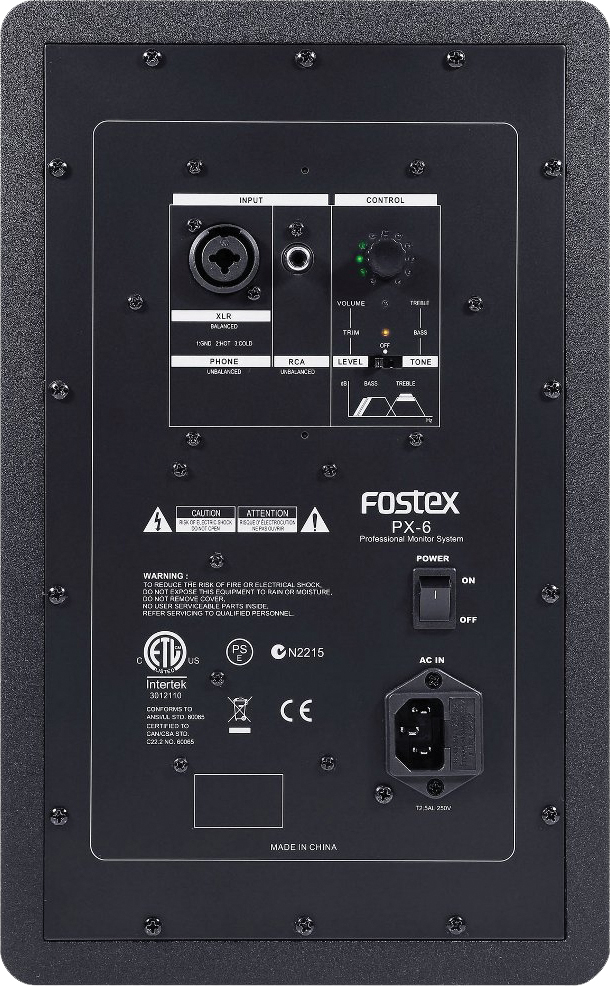 The knob at the top of the cabinet is a multi-function rotary with LED indication for input level and frequency-response adjustment.

Up Against It
Since they’re of a similar size, for our first test we decided to compare the PX-5s against our usual pair of Focal CMS 40s. Considering the price differential, the PX-5s acquitted themselves very well. They have a very open quality along with clearly defined high frequencies and plenty of fine detail throughout the midrange. We’d even go as far as to say that the left/right imaging of the PX-5s was marginally better; however, they couldn’t match the Focals for soundstage depth or acoustic ambience. 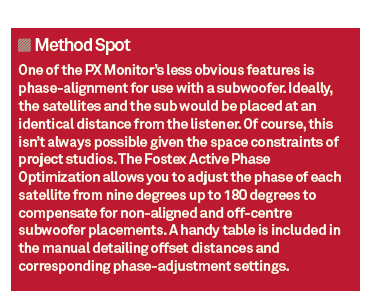 Listening to Nina Simone’s Baltimore through the Focals, the reverb on the lead vocal was unmistakably derived from an EMT plate. Through the PX-5s the reverb merely sounded generic and somewhat indistinct; however, we should point out that very few monitors that we have tested can match the Focals in this regard.

The bass response was of greater concern. With the tone controls set flat, the PX-5s sounded slightly slow and muddled with fast, low-frequency electronic bass lines and double bass. We tried rolling off the low-frequency response to compensate, but the sound lost its depth even more and it certainly didn’t improve matters. 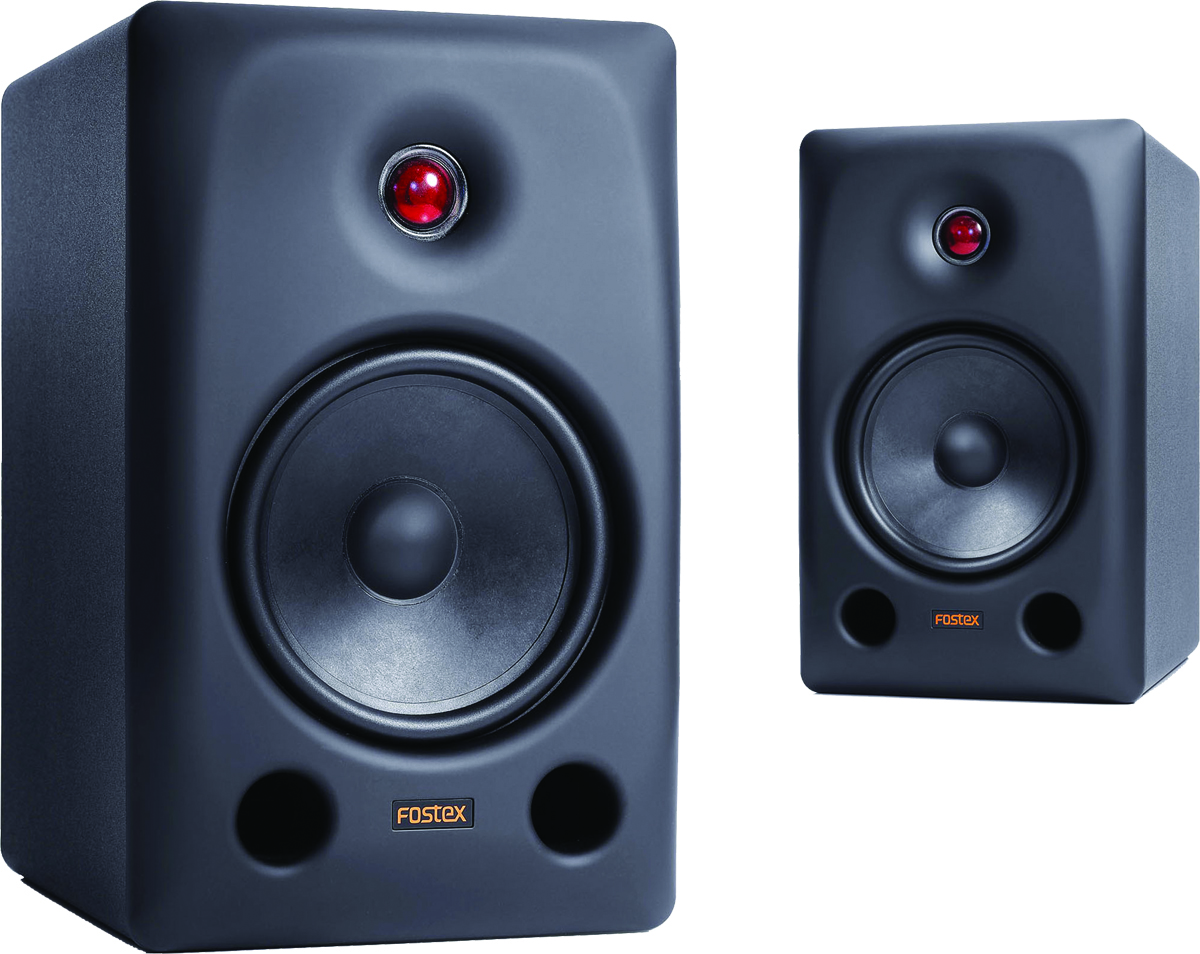 We felt the problem area was slightly higher – around the 130Hz region, where the response peaked slightly. In fairness, this may have been due to desktop reflections rather than an issue with the PX-5 itself, but, unlike competitors such as the EVE Audio SC204, the Fostex has no desktop notch equalisation feature.

The extra power of the PX-6 was immediately apparent and they had no problems filling our studio with sound. We were pleased to discover that the PX-6 is a step up from the PX-5 in image depth, too, and we felt that reverb tails were easier to discern. Otherwise, the story was much the same. Crisp imaging, transparency and impressive detail, somewhat let down by an indistinct and surprisingly underpowered bass response.

The multi-function control knob works very well and it’s not dissimilar to EVE Audio’s main control. However, the EVE monitors provide more user control and it’s a shame that Fostex has chosen to place its multi-function knob at the rear of the enclosure. If out-and-out power is a priority, you will also find monitors in this price range with bigger amplifiers and drivers. 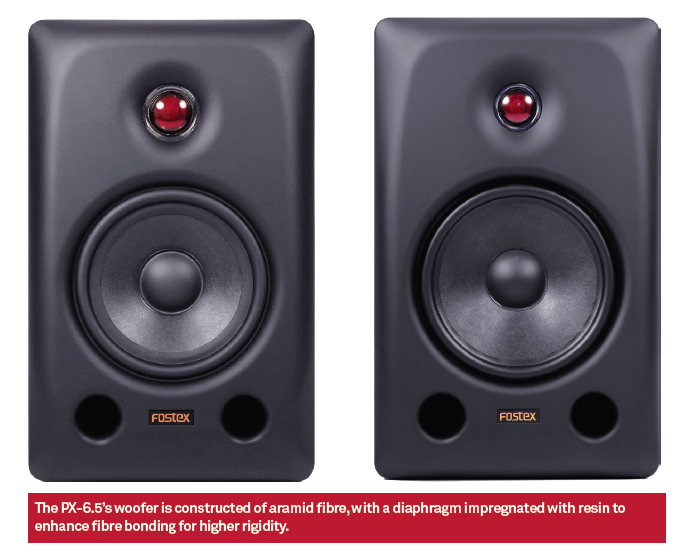 There’s plenty to like about the Fostex PX series, but this is a fiercely competitive section of the active monitor market. As always in this situation, it’s about concluding which of the many features now out there you will need the most and deciding which monitors tick the most boxes for you and the work that you do. The PX-5 and PX-6 are certainly worth checking out, but the performance is respectable rather than outstanding. 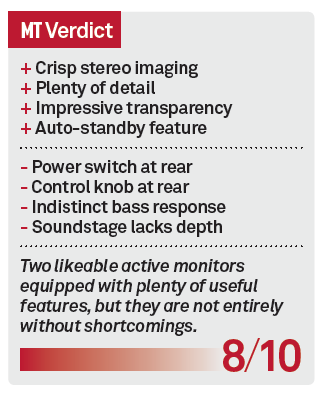