When we first set up our review pair of Fostex PM641s, we experienced a sense of déjà vu. Last year we checked out a pair of Fostex PM841s and at first glance these look exactly the same. For the most part they are, but there are some key differences. Price £398/pair Contact SCV London 020 8418 1470 […] 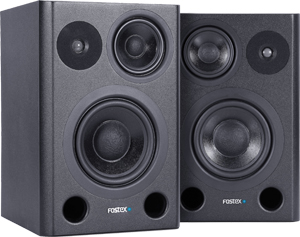 When we first set up our review pair of Fostex PM641s, we experienced a sense of déjà vu. Last year we checked out a pair of Fostex PM841s and at first glance these look exactly the same. For the most part they are, but there are some key differences. 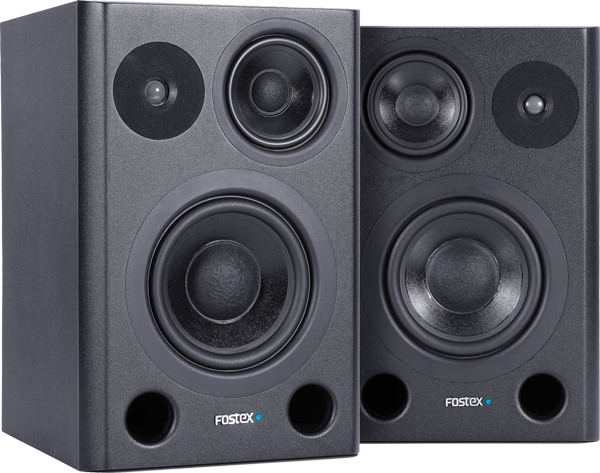 They’re both three-way speakers with a four-inch midrange driver and a one-inch tweeter, but, as the model designation indicates, the 641’s bass driver is 6.5 rather than 8 inches in diameter. Onboard power for the woofer has dropped 10W to 50W, but both the other drivers still get 18W each.

The 641’s enclosure is slightly smaller than the 841’s, measuring 25 x 37 x 25.5cm (WHD). At 11.4kg they’re lighter, too, but you’ll still need sturdy speaker stands. The cabinets are front-ported, with rounded edges at the opening of the tubes.

Bit on the Side

An integral channel divider provides overlapped frequency crossover points to maintain smooth transitions between the drive units. Unlike typical three-way hi-fi speakers, the 641’s midrange and HF drivers are arranged symmetrically to minimise height and diffraction. Consequently, pairs are supplied with right/left designations, but this may be slightly misleading.

It all depends on whether your working environment dictates whether the speakers are used upright or on their sides. When placed in the upright position, the 641s should be set up with the tweeters on the outside edges of the front baffle. If they need to be laid on their sides, the left and right arrangement will need to be reversed if the tweeters are to end up at ear height.

The inside of the speaker enclosure is divided into different sections for the woofer and the midrange driver to minimise unwanted interference between the drivers. The cones of the woofer and midrange drivers have a textured surface and are both made from highly rigid and elastic papered Kevlar. This material was designed by Fostex engineers to ‘reproduce any type of input source’. The tweeter is a soft- dome type with a diaphragm made from UFLC (Urethane Film Laminated Cloth).

There are no controls or switches on the front baffle. At the rear you’ll find an IEC socket with accompanying power switch and three-step level adjustments for high frequencies (around 10kHz) at +1/0/-1dB and frequencies at +3/0/-3dB (around 60Hz). There are two input sockets for XLR and TRS jack connectors. The XLR socket operates at an input level of +4dB and the TRS jack operates at -10dB. Both have input impedance rated at 20K ohms or more.

First impressions are of a very open and airy sound quality combined with unusually crisp imaging. Kick drums and bass lines are tight, clear and well controlled. We were impressed with the way that the 641s were able to track dubby lines with no sense of boominess or sluggishness. Best of all, we couldn’t detect any port-chuffing.

Due to the distribution of the drive units over a wide surface area, you may need to set the 641s closer together than some other speakers to avoid ending up with a stereo image that’s too wide. However, this will be less apparent with the 641s in an upright position.

We had found the treble response of the PM841 a tad strident, and the 641s were just the same. We preferred the sound with the treble cut engaged, but working very close to the PM641s does exaggerate the issue, and if you have the space to set the speakers further away from your seating position, it may not be noticeable.

By comparison with more expensive monitors we did notice a slight lack of detail in the midrange. Most of the time you’d be unaware of it, but little things, such as the ring of a snare drum, were very apparent over some speakers but barely noticeable on the 641s. Even so, the 641s deliver better transparency, imaging and power than you might expect from active monitors at this price point. They also sound far more refined and classy than most and we thoroughly enjoyed our time working with them.