A good interface should be reliable and unobtrusive, so how does Focusrite’s new model stand up? Andy Jones gets connected… Details Price £299 Telephone +44 1494 462246 Web uk.focusrite.com We’re generally very positive when it comes to Focusrite interfaces. The company seems to have a sense of what we need in our studios – often […] 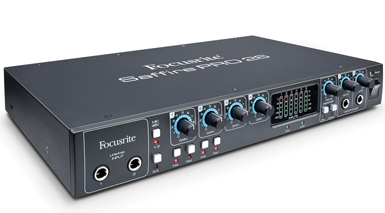 A good interface should be reliable and unobtrusive, so how does Focusrite’s new model stand up? Andy Jones gets connected… 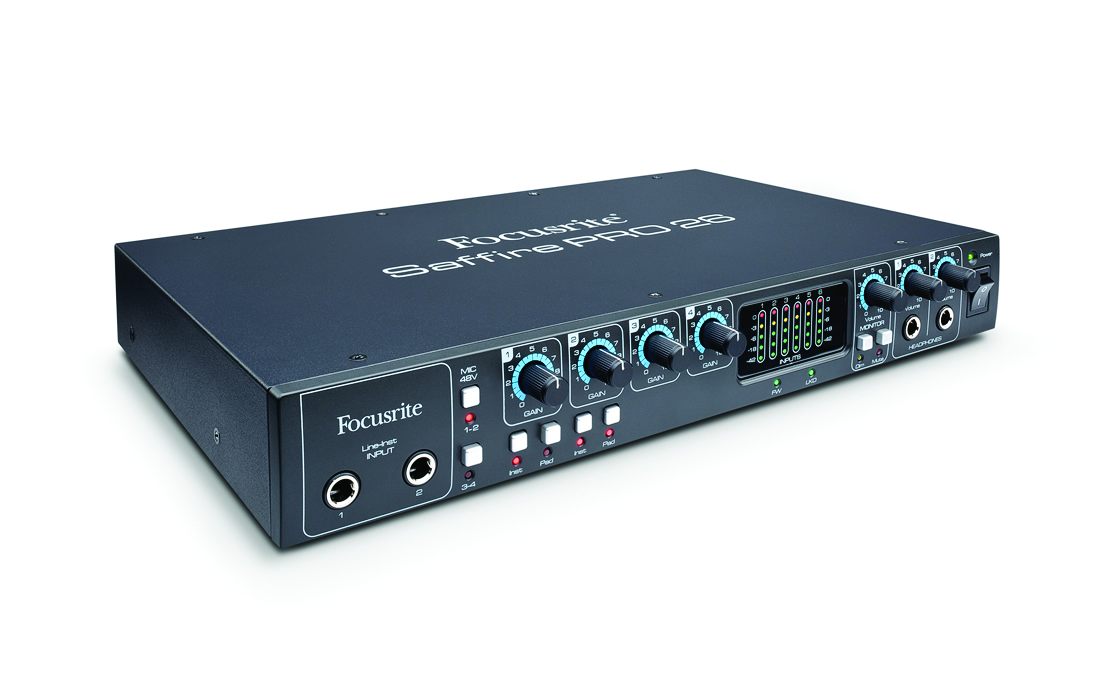 We’re generally very positive when it comes to Focusrite interfaces. The company seems to have a sense of what we need in our studios – often before we do – and supplies solutions in practical, cost-effective and non-melodramatic ways. The Saffire range is largely FireWire and, the company states, Thunderbolt, although you will need to buy an adapter for the latter which is a shame as that’s £25 and a couple of days’ wait you might not have accounted for.

The interface itself is solid and compact – I like the feel and look a lot – and it’s ideal for a desktop studio set-up where space is limited. It’s not rack-mountable but just light enough to be a usable mobile interface (although you might want to consider the PRO 24 for an even more compact solution).

Having used a Saffire interface extensively, I’m instantly at home with the 26’s layout – different inputs and outputs on the front and back panels with a useful meter display and rotaries to control levels. Here there are six physical inputs: one and two can be line (at the front) or mic (round the back); three and four are combination mic/line/XLRs, while five and six are line-ins. There are six line outputs plus a couple of headphone outs and additional inputs by way of an ADAT optical interface (offering another eight inputs).

There is enough going on (or, should I say, in and out) for a smallish project studio set-up – say, a singer-songwriter with guitars and mics or someone like me with a soft synth set-up and one or two choice hardware synths.

When you get up and running (now a pretty seamless operation) your software should, like Logic Pro X with me, simply recognise Saffire as a new interfacing option and instantly bring the included Saffire MixControl software into the frame, which is essentially your routing environment. It enables you to configure which audio tracks on your software are routed to which physical ins and outs on the interface. If I’m honest, I’ve used it in the past and thought it a little, and I’m struggling for the correct word here, unnecessary? What it does is something that you should be able to do in your DAW – the last thing I need is another layer of complication when it comes to computer music making…

But, seeing it from Focusrite’s side, the company is taking away the main responsibility of the unit – rock solid interfacing – away from the DAW producer to make sure that it properly does what it says on the tin. And if that means using a layer of software in addition, then so be it. And it does it very well, if a little starkly. It’s easy to select and route audio and control levels, although the latter task is something you’ll prefer to do on the unit and largely what those front panel rotaries are for. 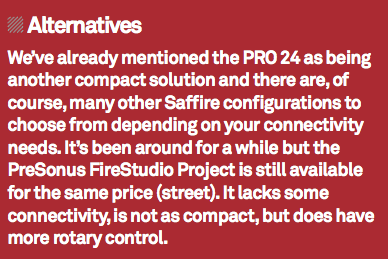 One final point of note with MixControl is to make sure you download the latest version (as I write, v3.4). I had issues with needing to reboot my DAW whenever my computer slept between sessions which turned out to be an issue with the (then new) Logic Pro X, but after a call to Focusrite’s very good technical support staff the latest version solved the problem.

Now there are no problems whatsoever and I quickly had PRO 26 up and running and my hardware synths talking happily to Logic. Front panel controls are smooth to use and it’s great to have total control on my monitoring right next to my laptop rather than reaching down to my rack as I have done. Am I just getting lazy? Yes.

There’s just room to mention a fine suite of plug-ins that ships with the unit: Live Lite, Focusrite’s own plug-in suites, a gig of Loopmasters samples, and not forgetting the rather great original BassStation soft synth – nice.

So we have another fine unit that plugs a gap in the company’s range. PRO 26 is solid, compact and will sit on your desktop unnoticed and quietly getting on with its job, just like a good piece of interfacing gear should. 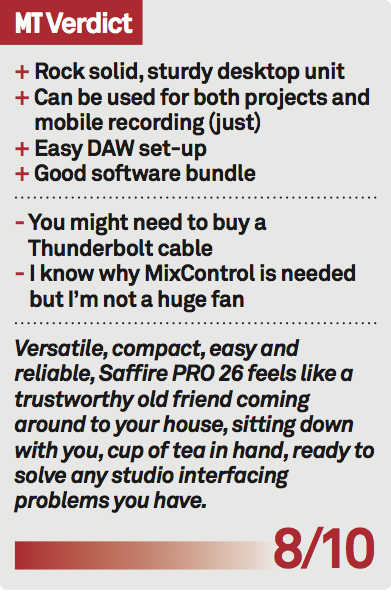