Need eight more analogue inputs for your interface? Of couse you do. Mike Hillier expands his horizons with the Scarlett OctoPre Dynamic… Details Manufacturer Focusrite Price £580 Contact Focusrite/Novation Web www.focusrite.com When you buy an audio interface, a whole bunch of I/O options usually go ignored. WordClock, ADAT and SPDIF are present on most interfaces, […] 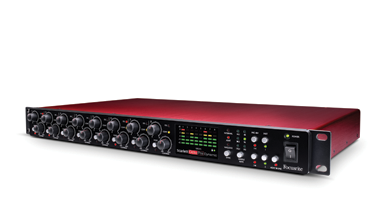 Need eight more analogue inputs for your interface? Of couse you do. Mike Hillier expands his horizons with the Scarlett OctoPre Dynamic… 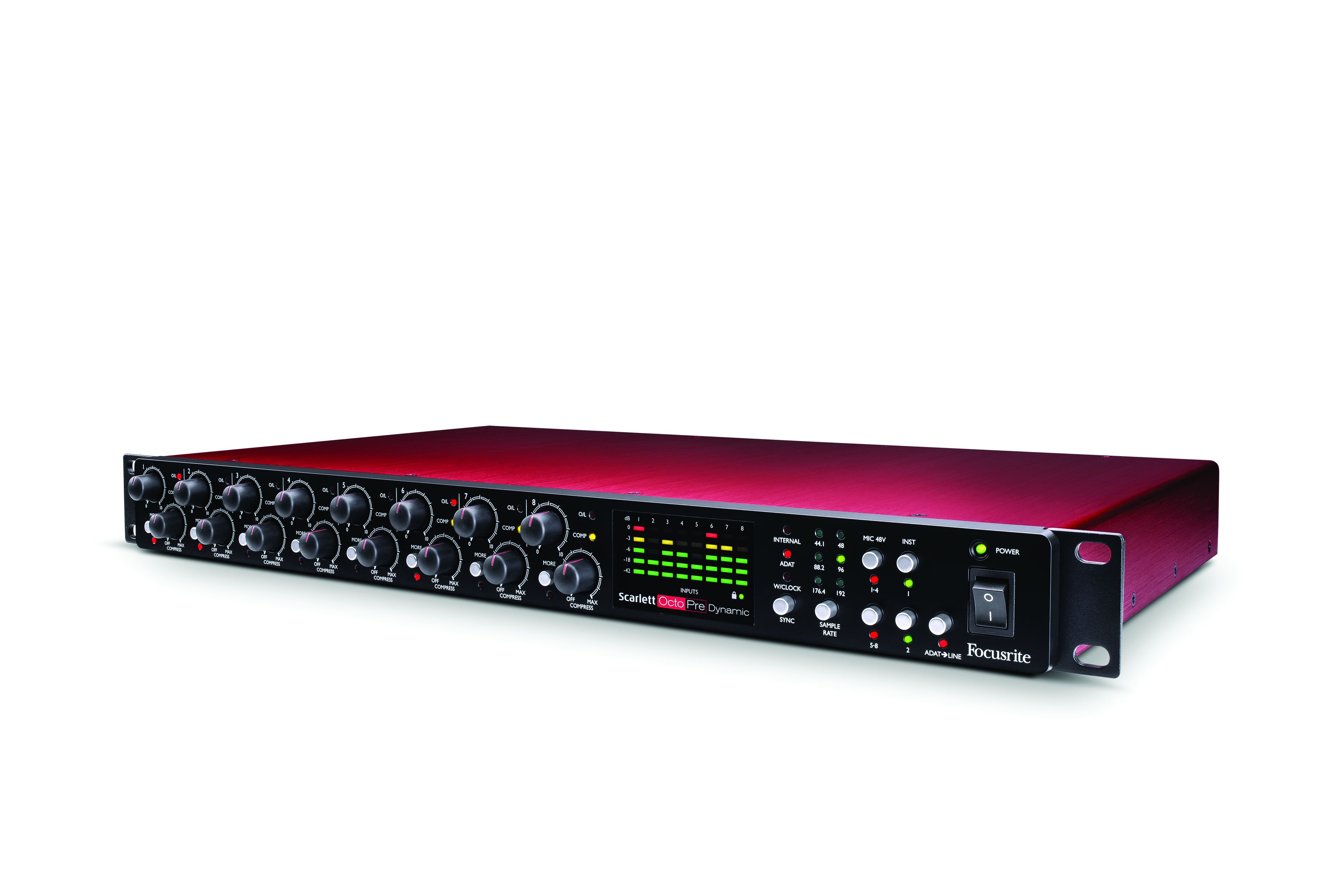 When you buy an audio interface, a whole bunch of I/O options usually go ignored. WordClock, ADAT and SPDIF are present on most interfaces, but are rarely ever used. However, by making use of these connections, you can vastly enhance your interface’s potential, expanding from perhaps only a stereo input to sufficient inputs for a whole multi-tracked drum recording. The Focusrite Scarlett OctoPre Dynamic provides an extra eight analogue inputs, each with its own mic preamp and compressor, to any ADAT-equipped interface.

OctoPre models are a staple of the Focusrite range, and have recently been given a makeover, replaced by not one, but three new models. Alongside the Scarlett OctoPre Dynamic are the standard Scarlett OctoPre, and the Clarett OctoPre. And for those with a little extra in the budget, Focusrite also produces an eight-channel mic preamp equipped with ADAT in the ISA range, the ISA 828 MKII.

The primary difference between the Clarett, Scarlett and ISA models is the preamp – and, of course, the Scarlett OctoPre Dynamic also has compressors on each channel. The two Scarlett OctoPre models each use the basic Focusrite preamps, while the Clarett preamps have a greater dynamic range and Focusrite’s AIR mode, which switches the input impedance and models a transformer input. 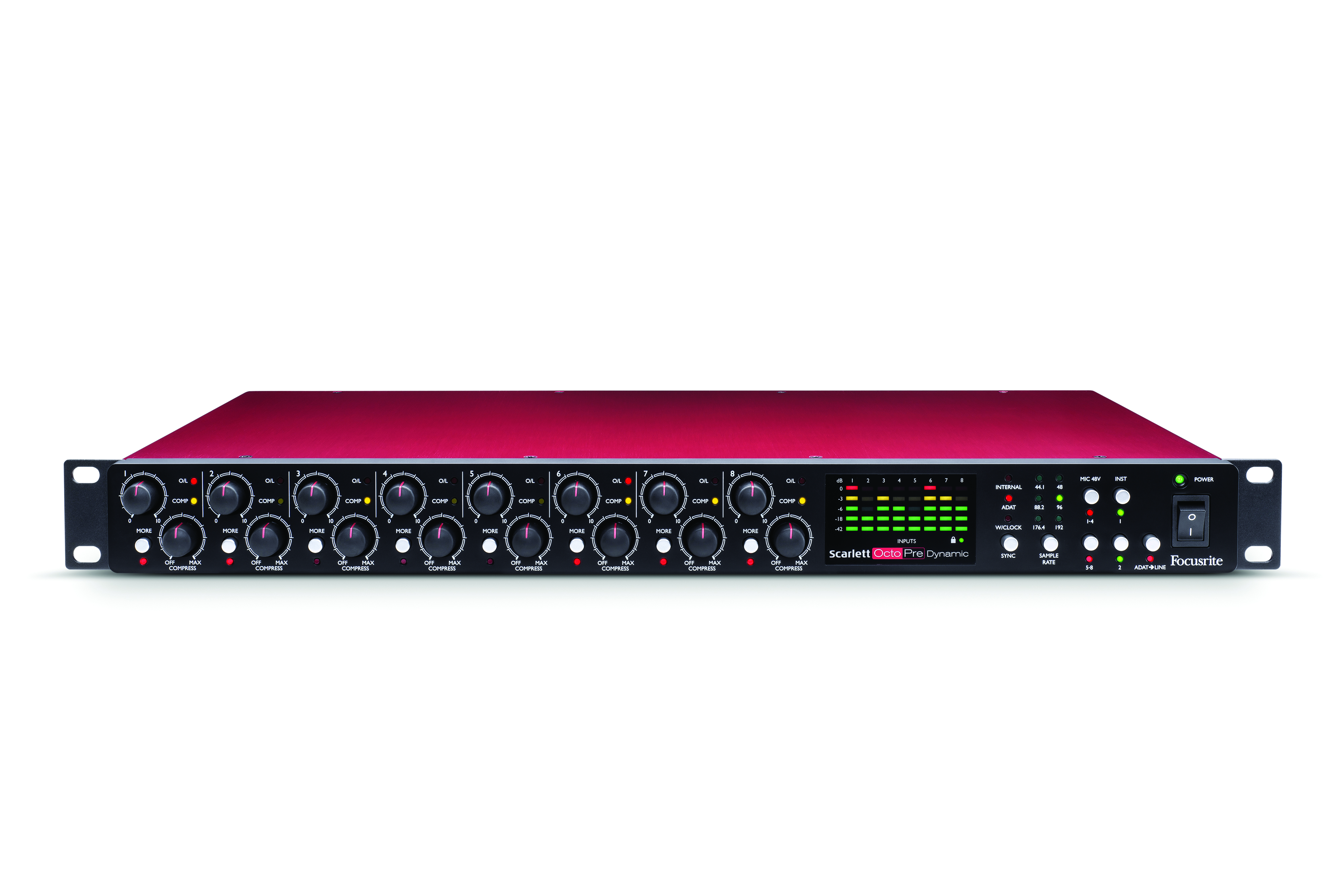 The ISA 828 MKII preamps are, of course, Focusrite’s ISA preamps – superb transformer-based preamps, with variable input impedance and the greatest dynamic range of all the three preamp models. There are other small differences between the various models, such as the I/O types, filters and metering, but we can’t imagine many people deciding on one model over another because of the meters.

We connected up our Scarlett OctoPre Dynamic, over ADAT, to the Focusrite Red 8Pre we also had on loan. At 44.1 or 48kHz, a single ADAT cable can carry all eight channels, but the OctoPre is equipped with two ADAT output ports (and two further ADAT input ports), enabling all eight channels in and out to be used at 88.2/96kHz. At 192kHz, only the first four channels can be used.

With the ADAT cables connected, the unit was able to easily sync with the Red 8Pre, and we were able to begin recording using the eight additional preamps on the Scarlett OctoPre Dynamic. So we set about mic’ing a full live blues band to put the unit through its paces. Despite being the lowest tier of preamps on the Focusrite, we were very impressed – our initial recordings showed absolutely no shortcomings. The recorded signal was clean, present and punchy.

The kick drum was solid, with a powerful low-end heft and a detailed upper midrange, which brought out the attack without sounding clicky. Adding a touch of compression started to tighten up the sound, but it didn’t take long for the attack to start losing definition, so we backed off a little to find a compromise. This is a fixed attack-and-release compressor, so slowing the attack isn’t an option. The only fix is to switch from the default 2:1 compression to ‘More’ mode, which is a 4:1 compression setting. 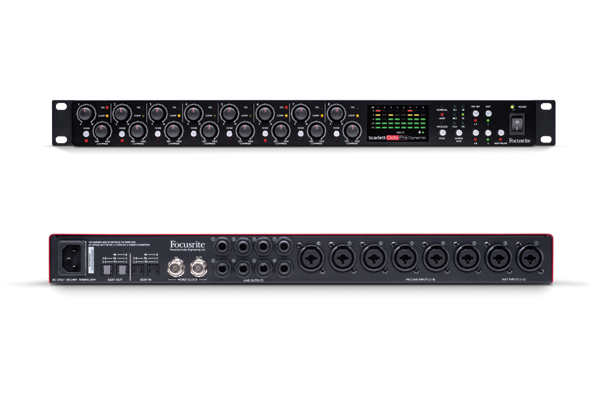 Our drum overheads had a well- defined stereo image, with the kick and snare firmly in the centre. Adding compression here is a little more tricky, as there is no stereo linking. So, unless you’re working with a particularly dynamic drummer, it may be better to save any compression until the mix. Yet experimenting with compression, in this instance, did produce some usable results. The snare was easily the loudest signal in both mics, and so was triggering the compression equally anyway. A high-pass filter would have been a useful addition here, helping to roll off a little of the bottom end picked up by the kick mic anyway. But with the front panel already filled with knobs, controls and meters, it’s easy to see why it was left off.

For the bass guitar, we used one of the two instrument inputs on the OctoPre Dynamic, and were again very impressed with the clarity of the signal. On both the bass and the lead vocal, we tried dialling in a healthy dose of compression with More mode engaged. The single-knob compressor control acts as both a threshold and make-up gain in one as you turn the dial, so you don’t lose level as you turn it up. This makes it very quick and easy to dial up a sound and move on to the next track, but also a little tempting to overuse the compression. On the bass, this pulled the attack back a little, but did smooth out the performance nicely and made each note prominent in the mix, while on vocal, the compressor simply demanded to be turned up.

While we didn’t quite get to dial it all the way up, some of the heavier settings still sounded superb, and the fast attack helped to smooth out the level as the vocalist gave the performance everything on the stage.

The Scarlett OctoPre Dynamic made for a really great tool. With that and the Red 8Pre, we had a 16-channel recording console in a 2U rack, eight of which included compression. And since it’s over Thunderbolt, you shouldn’t have any issues recording that many channels simultaneously, either. The lack of filters isn’t a big deal, but it would definitely be interesting to see if the slightly better-spec’d Clarett OctoPre also gains a Dynamic version for users who would like to use the Air mode as well.

The Focusrite OctoPre models are some of the most commonly used ADAT-equipped mic-pre interfaces, but they are by no means the only option. The PreSonus DigiMax D8 and DP88 also provide eight mic channels over ADAT, although neither has built-in compression. There are also several options available from RME and Audient. 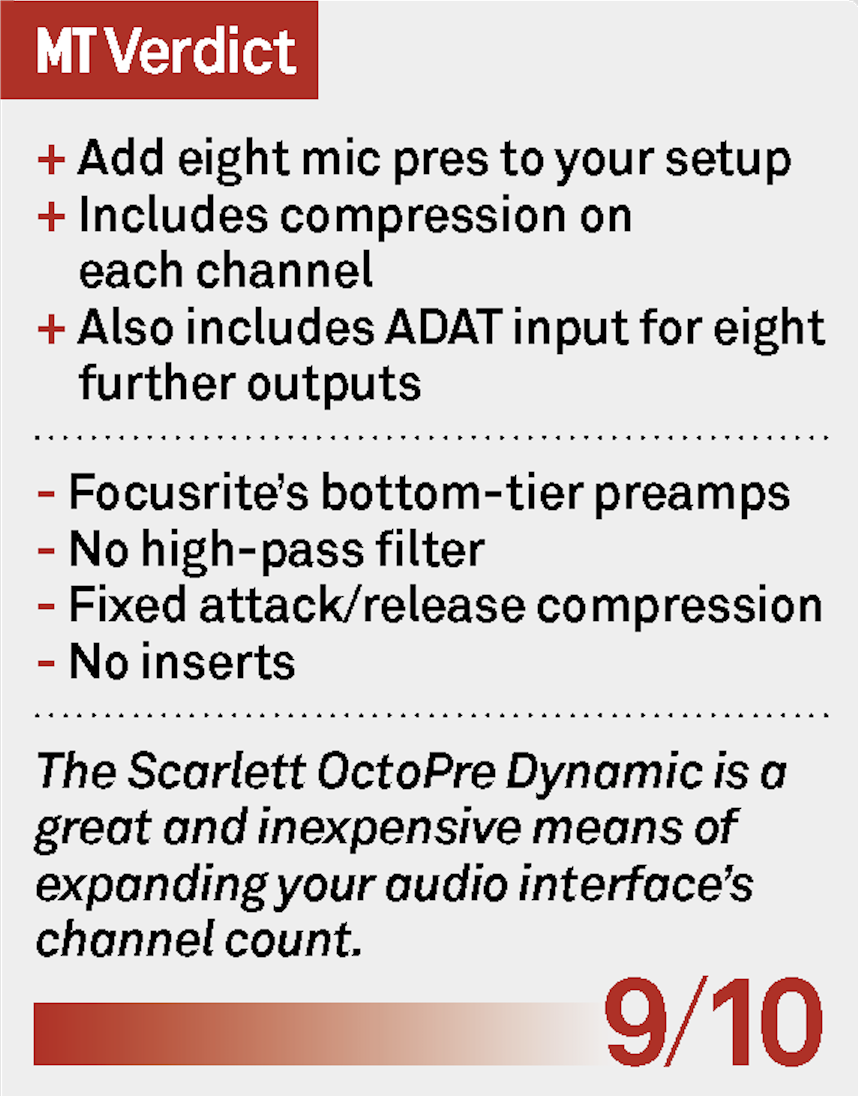