Focusrite’s Clarett range comes to a USB socket near you and brings the legendary Air quality with it. Andy Jones breathes in… 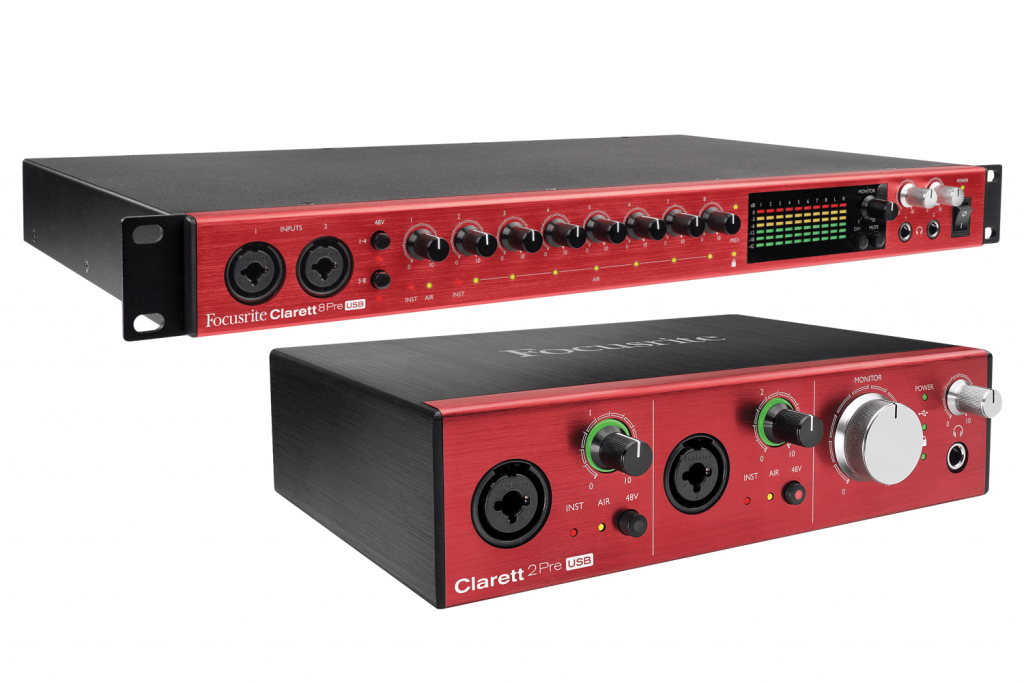 You’ll need to get your head around a bit of recording history to truly understand one of the SPs of the new Focusrite Clarett USB range but, don’t worry, I’ll be as concise as I can. Focusrite was started by the legend that is Rupert Neve back in the mid 80s.

He was asked by none other than George Martin to build a ’no compromise’ input module (that is preamp and EQ) for Martin’s mixer at AIR Studios in Montserrat and the ISA (Input Signal Amplifier) 110 was born. The preamp and EQ was famed for its low noise and distortion and its design was incorporated into a stack of different Focusrite products over the following years.

In 2015, Focusrite released the Clarett Thunderbolt range, which features low-noise, low-distortion and high-performance mic pres. Within the design, Focusrite brought the ISA concept up-to-date for the modern DAW user by introducing a selectable modelled ’Air’ option to get that ISA sound.

I reviewed the Clarett 8Pre Thunderbolt interface a couple of years ago and when switched in, the Air effect boosted the mids and high frequencies, resulting in a sheen and clarity, especially to vocals and guitars. It’s a very pleasing, if not a very transparent effect. Now that ISA sound is available in these new Clarett USB interfaces. It’s a slower interfacing standard than Thunderbolt, but also cheaper, with the same quality preamps and that Air sound. So are they worth a spare USB slot? 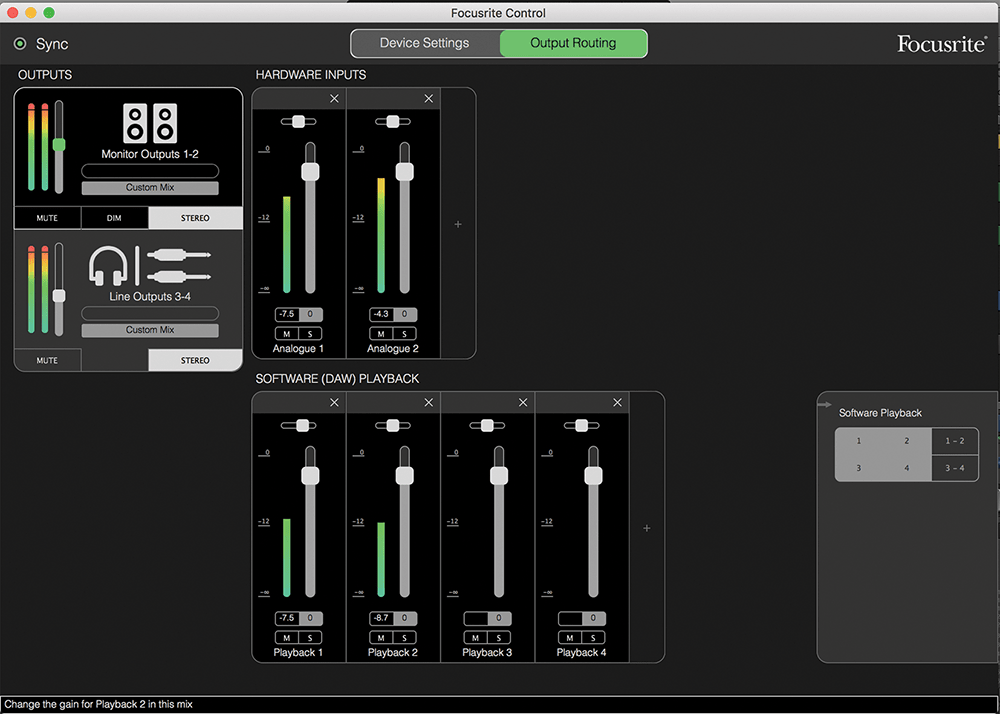 Your signal chain – from mic to monitor – is dominated by your interface. You need a good one, simple as that, and Clarett interfaces are all about the sound quality. If you’re light on I/O needs, then the 2Pre is a fantastic introduction to the world of high-quality interfacing and if you’re upgrading for more I/O, then the 8Pre could very well be your next step. Both are very competitively priced.

There are three interfaces in the Clarett USB range. The 2Pre (10-in, four-out), 4Pre (18-in, eight-out) and Clarett 8Pre USB (18-in, 20-out). The number in each name refers to the number of the aforementioned preamps in each, with connections for mic- and line-level instruments. The number of outs of each can be configured as stereo pairs, so even the 2Pre can send to two pairs of monitors. The 2Pre has one headphone out; the 4Pre and 8Pre both have two.

I’ve got the smallest and the biggest on test here, but if you want to keep things simple, the specs are actually very similar. The preamps are the same (all have up to 119dB dynamic range), the bundled software is the same and the build quality is the same (solid and robust).

It’s only the ins and outs that change, as you might expect, although the 8Pre does add a handy strip of LEDs for visual monitoring. I’ll look at both individually as they obviously serve very different audiences. First, though, a quick download and installation of Focusrite Control, the interfacing software that comes free with each interface.

A very quick update later (10 seconds) and the software is connected to the hardware. Control has two main screens. Device Settings allows you to configure the recording sample rate, which output volume the main knob on the front panel controls, and whether inputs are mic or line. You can also engage the all-important Air feature here.

The second Output Routing screen sets what mix is feeding the monitors ie, the DAW or the direct inputs for latency-free monitoring, which you can then balance against the DAW mix levels below. You can set levels, pan, mute and solo all inputs here. The Control software is great and easy to both use and understand. It has the feel of an app so no surprise to learn that it is also available as an iOS app which allows you to control the software and your Pre device wirelessly.

Focusrite states that: “Clarett 2Pre USB requires 3A at 5V in order to be bus powered, a demand that can only be met by connecting directly to 15W USB Type-C ports on host computers”. My 2015 MacBook Pro is USB 2.0, so the unit powers up but Control tells me I need to connect the supplied PSU, which I do, and we’re up and running.

The low noise and high quality of Clarett absolutely shone through. We’re talking low distortion and a great presence everywhere across the frequency spectrum. When recording, I set up a number of inputs, including digital piano and vocal and I have to say the only word that came to mind was ’pristine’.

The only noise I got was from the piano whacked up to maximum. The Air effect is very interesting. Focusrite have a graph on online where you can see the Air effect kick in and build from 100Hz to hit a peak at around 20kHz. So the higher the frequency, the more evident it is and you really can hear the effect work like that.

I’ll quickly turn to the 8Pre, as most of my testing has been with the 2Pre and you won’t be surprised to hear that, audio-wise, it’s exactly the same – same preamps, same Air effect. I guess the important fact to note is that the Control software comes into its own more with the larger unit with a mind boggling array of routing flexibility. Also, that bank of LEDs is great.

Obviously, the big uplift is with the 8Pre is in connectivity, with eight pres and all of those outputs. If you’re recording a band or lots of gear simultaneously and need maximum routing and monitoring flexibility, 8Pre comes just as recommended as the Thunderbolt version. The caveat, of course, could be the extra latency, which this new USB version will inevitably bring in. In my tests using the 8Pre USB, I managed to get the round trip down to a manageable 6ms as reported by Logic, which was less than 3ms on the Thunderbolt version.

The Clarett USB range certainly brings that high-quality sound to those lacking Thunderbolt connectivity and also brings low-latency recording and the Air feature too. The 2Pre in particular makes a fine portable interface with the right USB slot while the 8Pre is a fantastic option for those in need of more connectivity: bands and medium-sized project studio users.

Both are very well priced, especially given the software bundle which includes some fine plug-ins and samples. That fine Clarett quality comes to USB with a price and I/O options for everybody.

If you have Thunderbolt, then you should obviously pay a little extra and go for the Thunderbolt version. The 2Pre, for example, can be bought for another 20 quid (street price) so is well worth it. 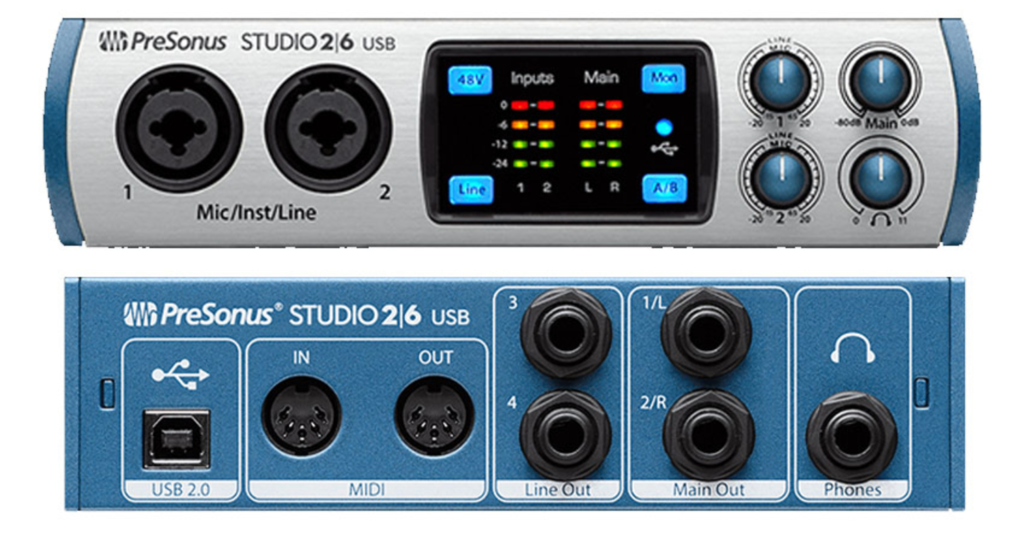 A complete range of USB interfaces, with lots of connectivity options. We tested the 192 with 26 ins and 32 outs and concluded: “It delivers a great spec, bang for buck, a good audio performance and lots of extras”.