When it comes to Hammond organs, hands-on control is the ultimate way to get the sound you want. Hollin Jones dives into the Ferrofish B4000+ Details Price £249 Distributor Synthax Contact info@synthax.co.uk Web www.synthax.co.uk Amazon.co.uk Widgets Hammond organ sounds aren’t exactly rare in the software world, but what’s more unusual is to find a hardware emulation […] 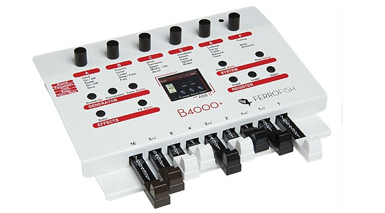 When it comes to Hammond organs, hands-on control is the ultimate way to get the sound you want. Hollin Jones dives into the Ferrofish B4000+ 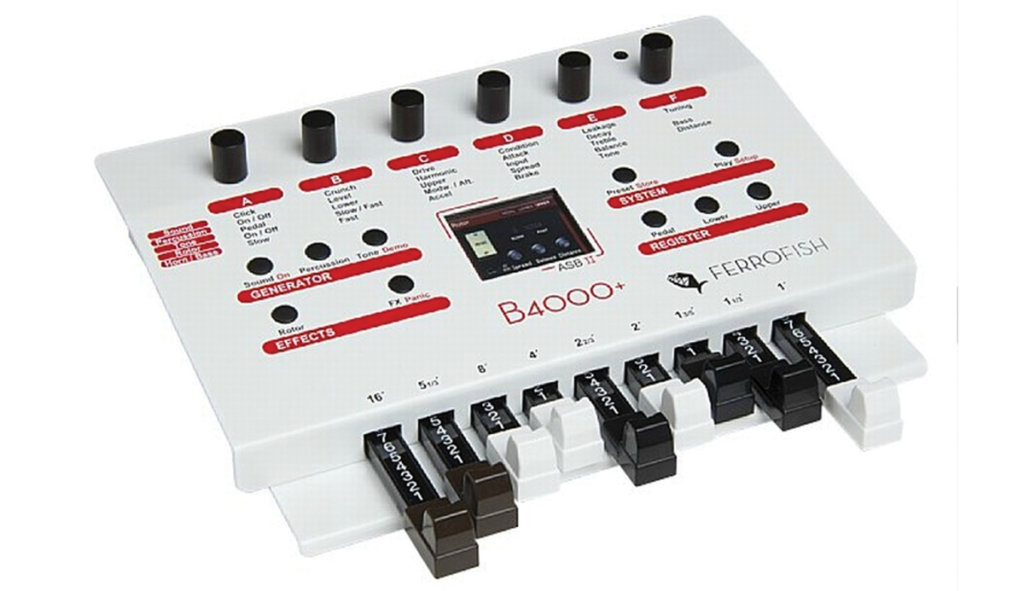 Hammond organ sounds aren’t exactly rare in the software world, but what’s more unusual is to find a hardware emulation complete with drawbars and other controls you’d get on a real organ.

There are some good reasons why you might want a hardware instrument rather than a software one, especially for live performance. Taking a laptop on stage is far more reliable an approach than it used to be, but there’s still an element of risk with crashes and durability. Apart from anything else, you may not have a laptop! And while many workstations have passable Hammond patches, and some higher-end keyboards such as Nords have excellent ones, they tend to come with a corresponding price tag.

The B4000 + is a Hammond sound module with nine drawbars and plenty of ins and outs that are powered by an ARM Cortex M3 and Sharc DSP processors, allowing three fully polyphonic manuals to be used. Polyphony is a crucial factor with organ sounds, since you often find yourself holding lots of notes at once during runs, so you don’t want to be running out of power.

The unit itself is small but very solid (bomb proof, actually) and made of white metal. On the rear panel are two MIDI inputs for connecting keyboards to the upper and lower manuals plus a pedal input. There’s a footswitch input too, as well as a single audio in for processing sounds through the onboard effects. Plus there’s a headphone output as well as an audio out for routing to an amp or mixer.

A USB port enables MIDI to be sent to your Mac or PC, effectively turning the unit into a MIDI interface. There’s a downloadable librarian app for patches, and firmware updates can also be performed over USB.

Pedal inputs are particularly important for realistic Hammond performance as you’ll want to control both volume and the rotor speed of the Leslie effect in realtime. Much of the expression a Hammond player puts into their playing is to do with varying these parameters: typically, slower rotor speeds and lower level during verses and louder sound with faster rotation during choruses or solos. You don’t want rotor speed to be just on or off, you need to be able to set it at some mid-way points as well.

The unit is easy enough to get to grips with and the six dials along the top feel solid and well built. You can press the Preset button to dive straight in and start playing sounds. The small TFT colour display is definitely useful and switches to display whatever parameters you select.

It makes using the B4000+ much easier than an LCD screen would, since it can display graphics more accurately. The dials can be used to control almost any parameter and their functions are shown printed helpfully on the front panel, with one for each section: sound, percussion, tone, rotor and horn/bass.

This is really easy to work with and get used to, and you’ll soon be jumping to the right section to alter different parameters of the sound. Flipping between registers is simple too with dedicated buttons to help you on your way, and the onboard effects – rotary, chorus, reverb and compression – are simple to work with.

The drawbars are excellent and help with the feeling that you’re playing a real instrument, without the insane size and responsibility of using a real Hammond. They are ‘notched’ so each movement results in a tiny click as it does on a real organ. They’re smooth but firm and switch to control the organ register that’s currently selected. The six dials along the top are used to modify all kinds of other parameters such as click, leakage, mic distance, crunch and other physically modelled functions, and the printed text attached to these means you can quickly identify which mode you’re in and alter the relevant setting accordingly. 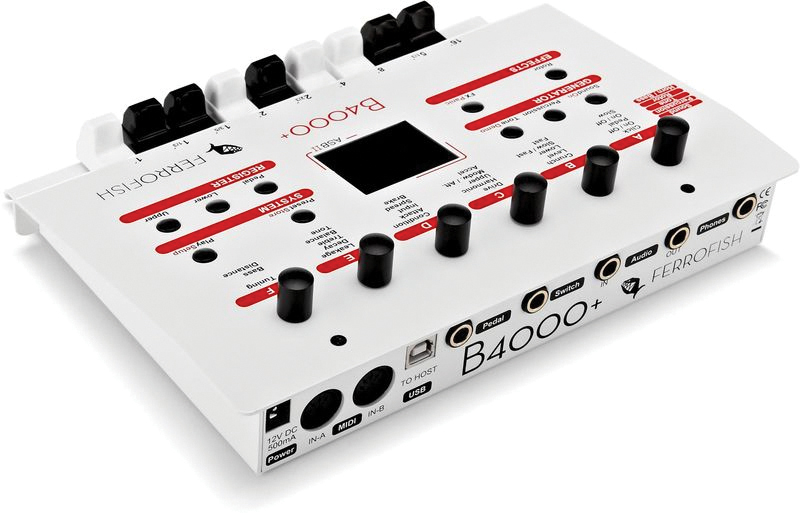 The Hammond sounds are excellent, and range from dirty, mechanical-sounding jazz and blues organs through to cleaner, church-like organs. Although it’s all in the ear of the beholder, there’s something particularly gratifying about having hardware-generated Hammond sounds, even if they are being generated by a processor. The effects are great and overall it’s a highly playable and authentic-sounding module.

You’ll want to add a couple of pedals for expression, and ideally use a MIDI keyboard with waterfall keys since these make runs and rapid note repeats easier to play, though anything with semi-weighted keys should do a decent job. If you’re after a dedicated Hammond module, the B4000+ is an easy-to-use and great-sounding option. It’s affordable and extremely sturdy, and has all the control you need to take your organ performances to the next level. 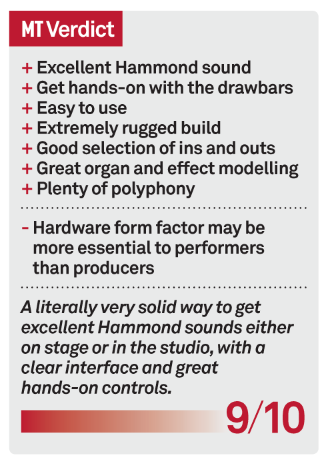