Is this monitor system, which can be carried in one hand, the perfect lightweight solution for engineers on the move? Huw Price checks in…   Details Price £490 (pair) Contact – Fender GBI 01342 331700 Web – www.fender.com Amazon.co.uk Widgets This is the product that would have been perfect back in the days of the jobbing […] 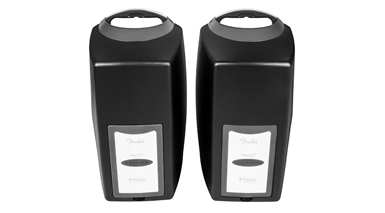 Is this monitor system, which can be carried in one hand, the perfect lightweight solution for engineers on the move? Huw Price checks in… 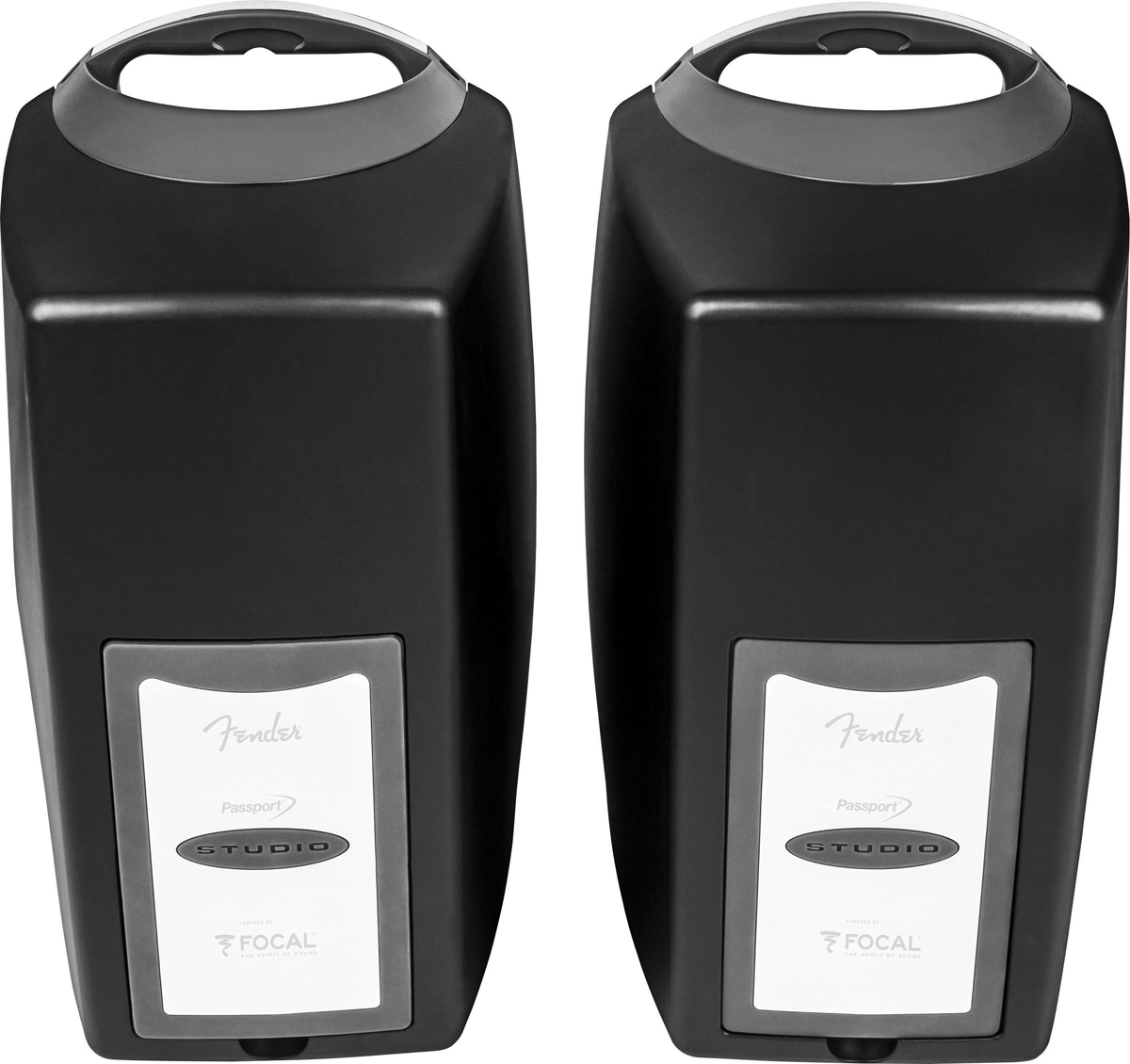 This is the product that would have been perfect back in the days of the jobbing freelance sound engineer. Many of us would box up our preferred monitors and drag them from studio to studio to get some sense of continuity from an endless succession of control rooms.

These days many pro engineers and mixers tend to work out of their own studios, but Fender obviously believes that enough of us are still nomadic to justify the development of a fully portable monitor system. What’s more, they have collaborated with one of Europe’s most respected studio monitor manufacturers to do it.

Like many computer-style monitor speaker setups, the amplification is contained in the left enclosure and the right speaker links up via a TRS jack cable. The spare space that’s available in the right enclosure accommodates the power and link cables when the speakers are not in use and each enclosure gets a rear cover plate that’s held in position magnetically. 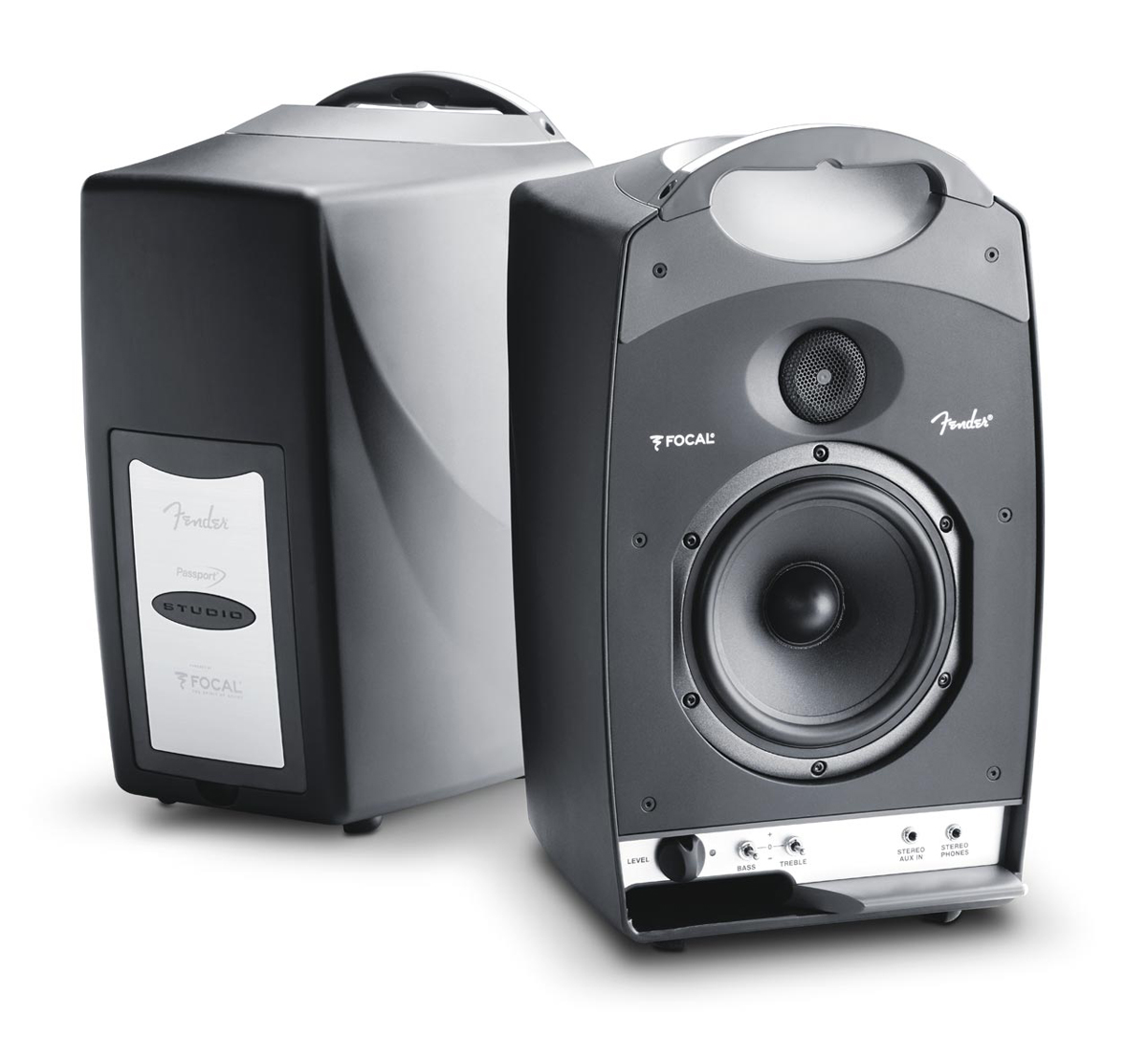 Drive Time
According to Fender UK the amplifier and driver technology comes from Focal, and the woofers and tweeters get 50W and 25W each, respectively. The literature states that the ‘Passport Studio houses a world-renowned Focal driver’, which seems to suggest that the same drivers are used in other Focal monitors. We contacted Focal to ask for clarification and were told that the woofer was developed by their R&D team for Fender and it’s an ‘exclusive technology’. However, the inverted dome aluminium/magnesium TNB tweeter is the same unit that is used in Focal’s CMS range.

The 5in woofer does have certain Focal features because its Polyglass cone is made by applying molten glass microballs onto a cellulose pulp cone to combine excellent paper damping with glass rigidity. It’s claimed that the rigidity index exceeds even that of single-skin Kevlar and is almost ten times superior to polypropylene.

The back panel of the left speaker accommodates balanced inputs for left and right as well as the link output and power switch. Protected by a recess under the speaker baffle there’s a volume control plus two mini jack sockets for auxillary input and headphone output, and three-way switches for frequency adjustment. The phones socket mutes the speakers and the aux and left/right inputs can be used simultaneously. So you could split the output of a preamp and connect one side to the Passport Studio’s aux input for zero-latency monitoring. 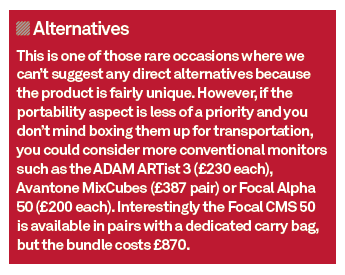 Lock and Load
The bass end packs a lot of punch and there’s plenty of it when you consider that these are medium/small nearfields. There’s also a pleasing absence of port chuffing although some roll off can be detected below 50Hz along with a slight lift in the upper bass.

Judged purely as studio monitors, the level of detail and solidity of the imaging is certainly commensurate with the price point. However, more conventional competitors might offer an extra degree of user adjustment.

The defining feature is that Passport Studio system can be locked together and transported without the need to preserve the original packaging or buy a flight case. Then you simply split them, set them up and they’re good to go. This is a cleverly designed, carefully thought out and affordable product that fills a niche in the market. 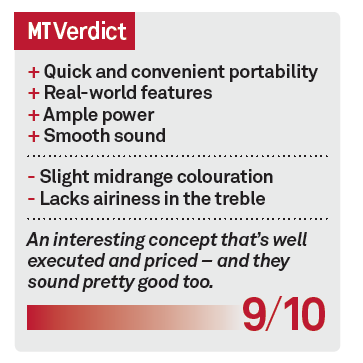