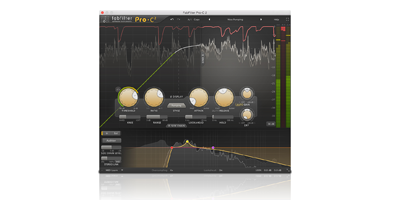 FabFilter has updated its Pro-Series compressor. Mike Hillier finds out if it really is fabulous 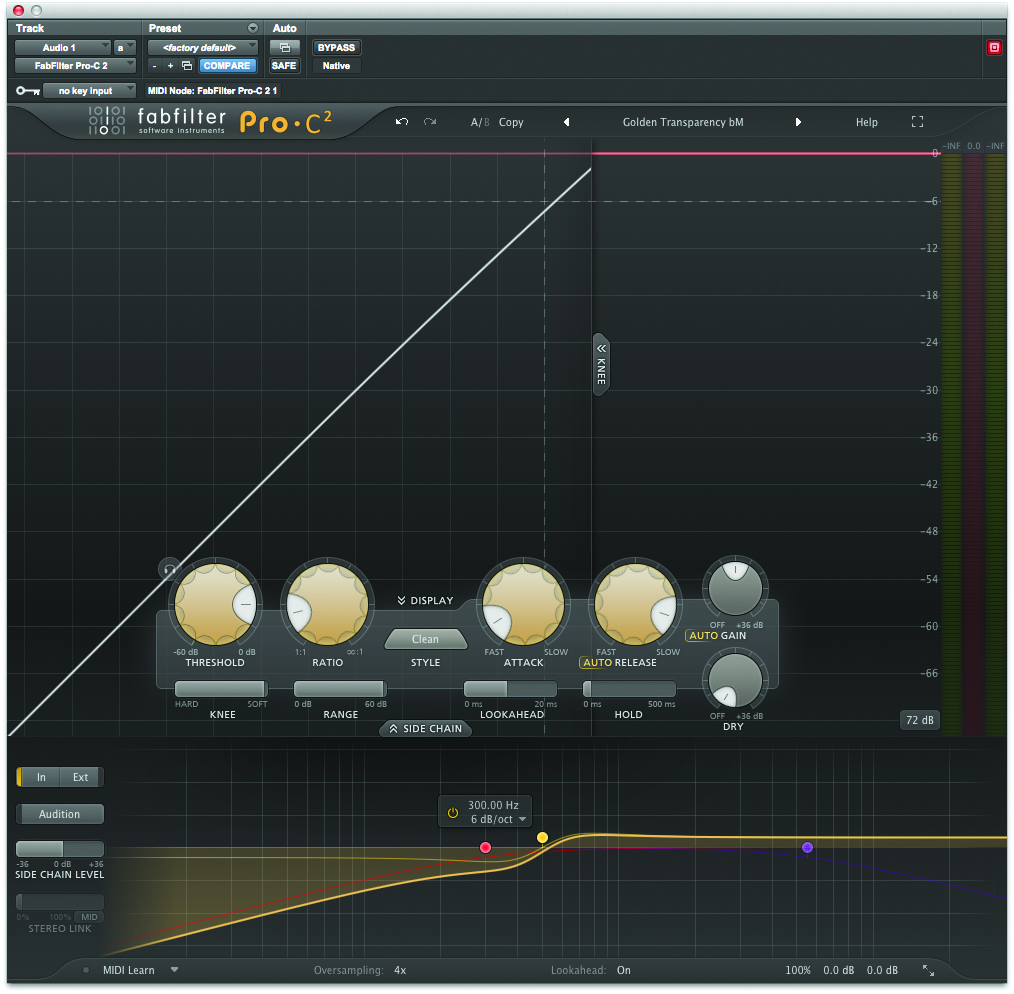 FabFilter Pro-C is now the second plug-in in the company’s Pro range to get a major update, following on from the incredible update to Pro-Q last year. The new version of the FabFilter’s compressor adds a considerable number of features to the already popular plug-in, including five new compression styles, a vastly improved side-chain EQ, and a new Retina-display optimised interface, which can be scaled from small to full-screen.

Eight in One
Probably the biggest single improvement in Pro-C 2 is the new user interface; even in its default setting it is larger and easier to navigate. FabFilter has embraced user interface design like no other developer, making the most use of what is possible with plug-ins instead of sticking to emulating old designs.

There are no skeuomorphisms here, no rack screws, paint scratches or needle-based VU meters. Instead, the meter shows a moving waveform as it passes through the compressor up against a graph of the gain reduction, letting you see at a glance what your attack and release settings are doing to the gain reduction.

Against this, another graph shows the compressor ratio and knee, again enabling you to quickly set these visually against the waveform. There will be those who say visual mixing is disabling, and that you should use your ears, which is of course true, but knowing you can get 99% of the way there visually is a great help in getting to the settings you want quickly.

Pro-C 2 has eight different compressor models, of which five are completely new in Pro-C 2. The Mastering compressor works very quickly, while producing very little harmonic, making it very useful as a clean, clear vocal compressor when artefacts have to be avoided, as well as on percussion. On the opposing front, the Pumping model has been designed with subtlety thrown out of the window.

This model is great when fed a side-chain kick for those over-the-top pumping sounds most commonly associated with EDM. Perhaps two of the most useful new models, though, are the Bus and Punch models. Punch has a rich tonality, which lends weight to anything fed through it, while Bus applies that final gloss to a mix.

The Vocal compressor has been designed with automatic knee and ratio, but is the only one of the new models we haven’t taken to immediately, perhaps because we got great results out of the Punch, Mastering and the three old models on vocals. 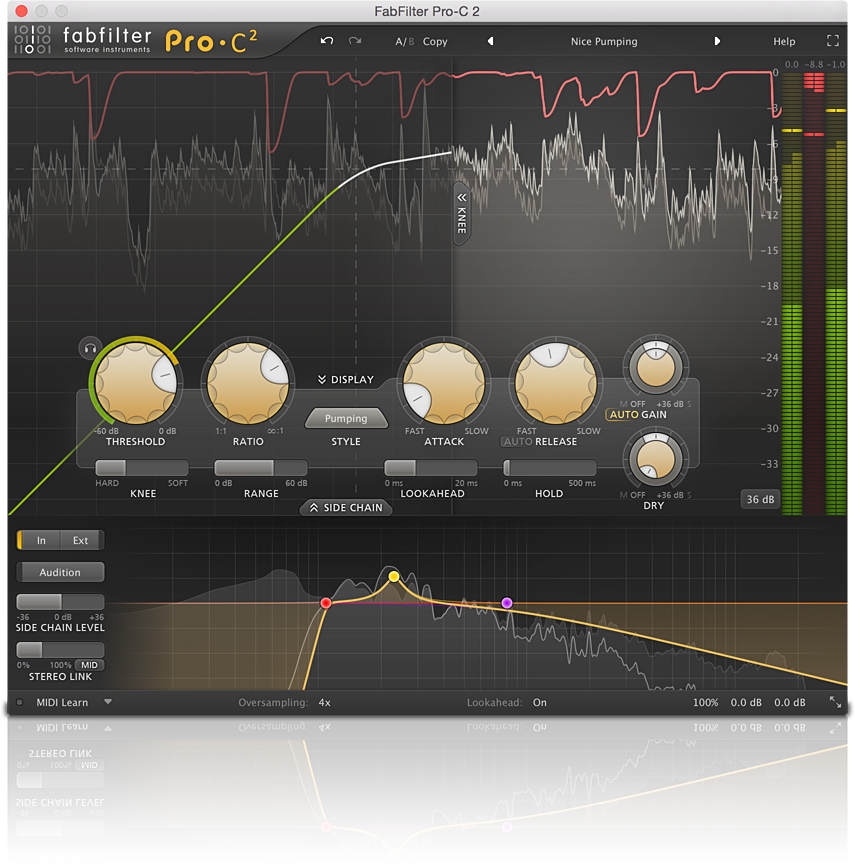 Alternatively
Compressors are a dime a dozen, but something with this kind of flexibility, capable of anything from transparent detailed control, through to characterful glue, is rare. Sonnox Oxford Dynamics is probably the closest competition, with three different compression types and some powerful additional features.

The Best is Yet To Come
While the five new compressor models are the easiest new features to get your head around, the real strength of Pro-C 2 comes from the subtle touches that FabFilter has added. It might not seem like much at first, but the Hold feature added to the Attack and Release characteristics – something more commonly seen on gates than compressors – has made its way onto more tracks. In fact, we’ve been using it on all our recent video tutorials as a means of consistently ducking the audio track under the voiceover.

We also recently used it on the hi-hat channel in a mix to both tighten the hat choke in response to the kick and to control bleed, with the end result being more controlled and groove-based than anything we could have got with a gate.

As always, FabFilter has managed to wrap an incredibly powerful tool into an easy-to-use and intuitive user interface, which makes getting great sounds simple. The original Pro-C got a lot of day-to-day use on our sessions, but it was always the compressor to reach for when you just needed a job doing. Pro-C 2 can handle anything you throw at it, and is already pushing far more expensive compressors aside. 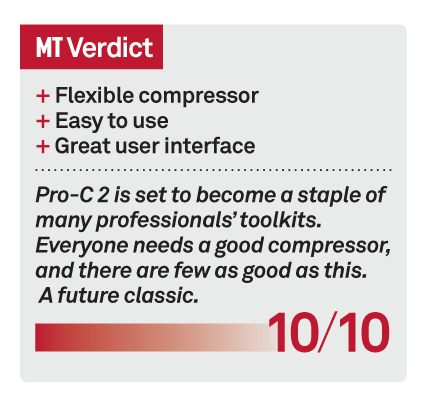