The Eurorack module that is so packed full of functionality, you’ll hardly know what to use first. Dave Gale switches on and plugs in… Details Kit Disting Mk3 Manufacturer Expert Sleepers Price £125 Contact via Forums (Muffwiggler/KVR) or Twitter @expertsleepers Web www.expert-sleepers.co.uk For most of us Eurorack folk, we see a unit with a purpose […] 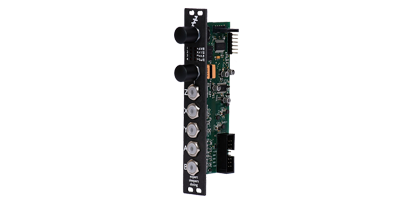 The Eurorack module that is so packed full of functionality, you’ll hardly know what to use first. Dave Gale switches on and plugs in… 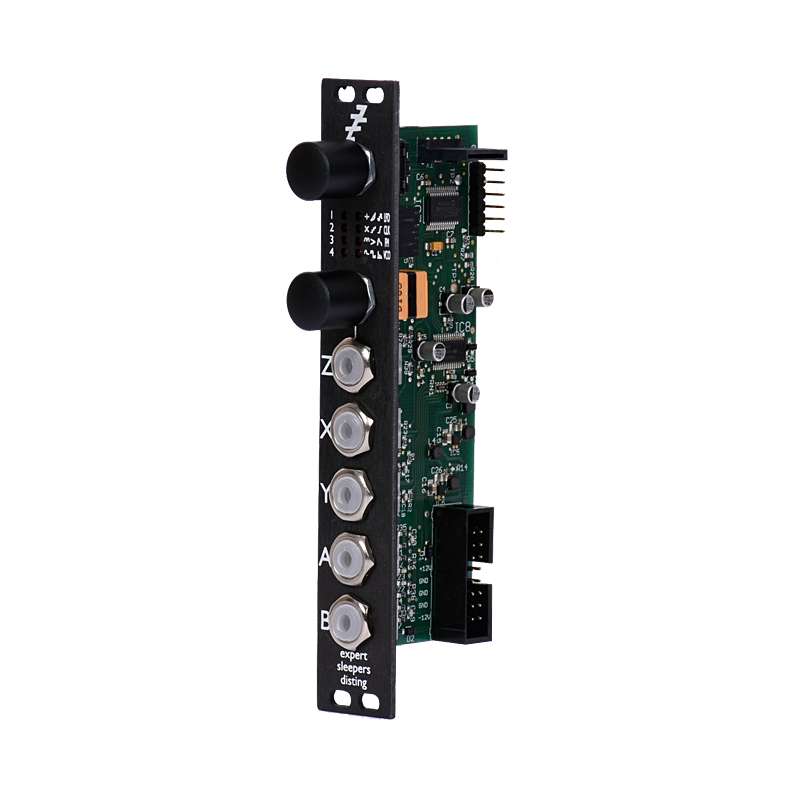 For most of us Eurorack folk, we see a unit with a purpose in mind and start drooling at the prospect of how we can incorporate it into our already overcrowded cases and make it work for us. Thanks to firmware updates, these units may develop over time and might have additional functionality.

Well, here we have a module which is so packed with functionality, that it’s difficult to know what to try first.

The immediately obvious and inescapable point to make about this module is that it is pint-sized! At 4HP, just about everyone will be able to give it a home, but of course, it could be argued that with this small form factor might come difficulties in operation.

Well, you would think that, but the answer really is an emphatic ‘no’. The reason being that once your mode of operation is selected, it’s pretty likely that you will leave it set for the duration of whatever you are doing.

The layout of this module consists of two rotary encoders labelled ‘S & Z’ (which also double as buttons); a small grid to allow the user to see the chosen algorithm; and a total of five mini-jack I/Os, which have the added bonus of being lit! Let’s face it, who doesn’t love a mini-jack socket that lights up? Plus, these sockets will brighten and dim according to the strength of the audio signal/CV that is present.

The I/Os are labelled very clearly, ‘XYZ’ are input based, while ‘A & B’ are outputs. The ‘X & Y’ input function changes according to the selected algorithm, while the ‘Z’ input offers CV control of the similarly labelled Z rotary encoder.

Time to dial up my first algorithm, so my first port of call was something audio based, which would allow me to very clearly hear what the Disting was doing, so I immediately plumped for the clockable delay. Patching in the audio, I also opted to ‘clock’ the delay from my sequencer. Immediately, there it was, with full feedback control and an option for both dry/wet and wet outputs! Not only that, but the quality of what I was hearing was crisp and detailed; easily up to the par of dedicated delay units.

At this point, I thought to myself that one delay alone would probably justify the £125 price tag, but then I noticed that there were all manner of delays available; ping pong, Tape delay and Voltage-controlled delay are all on offer in this compact unit.

Now I was really interested. What else was on offer? Well, so much in fact, it would be impossible to talk about most of it in detail. We have a clockable LFO, offering four waveshapes, with simultaneous use of a square wave, with either a saw, sine or triangle wave. We have a quantiser, a dual waveshaper, a sample-and-hold generator and a pitch and envelope tracker.

In fact, and this is what really staggered me, there are FM- and waveshaping-based VCO algorithms, numerous filter algorithms, envelopes and VCAs – so, in theory, you could make up a system of Disting Mk3s, that would be a tiny and very comprehensive synth voice. Amazing! 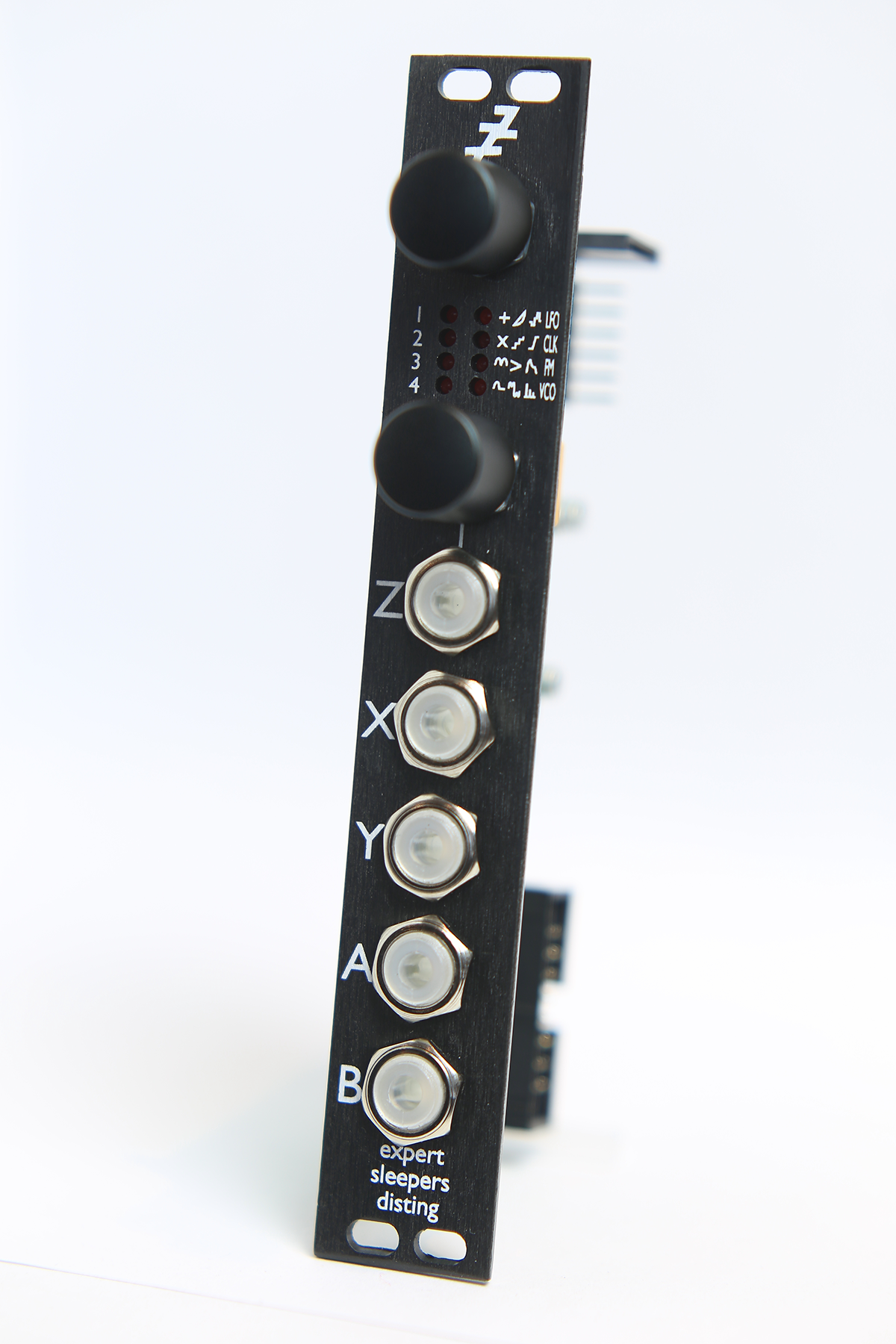 I was curious enough to turn my attention to the wave-shaping oscillator. There’s plenty to work with here, in the subtractive sense. Large bright waveforms, with a huge range of frequency operation, which seemed to be very stable, more so than some VCOs I have seen in the past. I don’t think the Disting would be my first choice for an oscillator, but granted, it’s up against dedicated modules, which often cost twice the price.

Personally, I found myself being drawn to the clockable modes, such as the Delays and LFOs, but that in no way diminishes the additional functionality. It ’s just a shame that it’s not possible to use more than one algorithm at a time, because you absolutely would, if you could.

Now this is a very tricky one, because there really isn’t that much out there that will come close to this unit, at least in size and all in one functionality. It does however supercede the Disting Mk2, which many users reported was pretty hungry on power consumption, for something so small. The Mk3 halves the amount of power consumption and adds significant number of algorithms, so Mk2 owners may want to consider the upgrade.

Do You Really Need This?

In a word, yes. With so much kit out there for us to choose from, this module could be described as an all-in-one toolkit, that will be especially useful for anyone starting out with a smaller- to medium-sized system. If you have a portable case that you take out on gigs, this should be in your rig. It’ll do so much, it could replace 10 other modules in one swipe.

With so much functionality on offer, this unit is something of a no-brainer.

I was concerned that the small form might not sit well with my frankly sausage-like fingers, but this was not a problem in any way. The display matrix could have been slightly more helpful to my ailing eyesight, but it is pretty clear, just not terribly large.

With promised firmware updates to follow, which means even more functionality, this would be a huge boon to any small- to medium-sized Eurorack system, so much so, you might even find a place for more than one of them 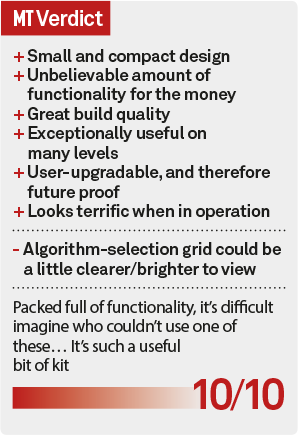