6 years since it’s initial release, Eventide has released an update for its Blackhole reverb plug-in. Andy Jones dives into the darkness… 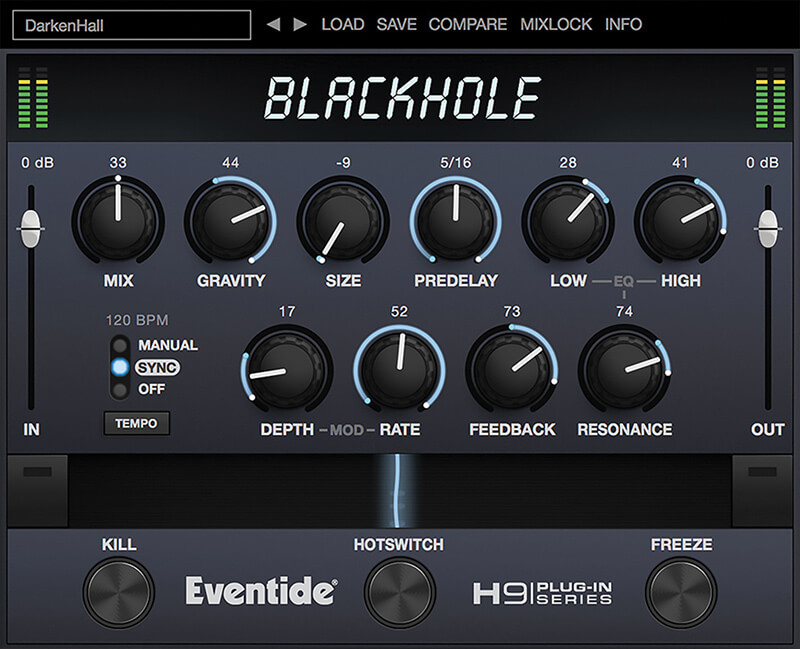 Eventide’s Blackhole reverb plug-in was originally released in 2012, although its algorithms date back even further to the company’s DSP4000 and H8000FW hardware. The plug-in has just been updated, giving us a great excuse to revisit it, and now comes with Native Instruments’ Native Kontrol Standard (NKS) support, so you can integrate and control it within NI’s Komplete Kontrol and Maschine hardware.

It’s great that Native has brought NKS to effects as it helps turn them into something more like an interactive and playable instrument and works especially well with something as creative as Blackhole.

The plug-in is out of this world and specialises in creating reverb spaces that don’t exist, at least not on this planet. As such, it really does have a sound all of its own: from multi-layered shimmers across conventional instruments and vocals to huge atmospheric drones – depending on the source material. Blackhole sounds great as ever.