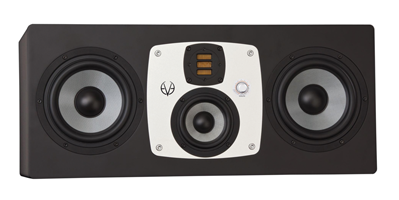 The SC407 might be the smallest of EVE Audio’s SC4 series of four-way active monitors, but they’re still pretty substantial. Huw Price discovers whether four really is fabulous 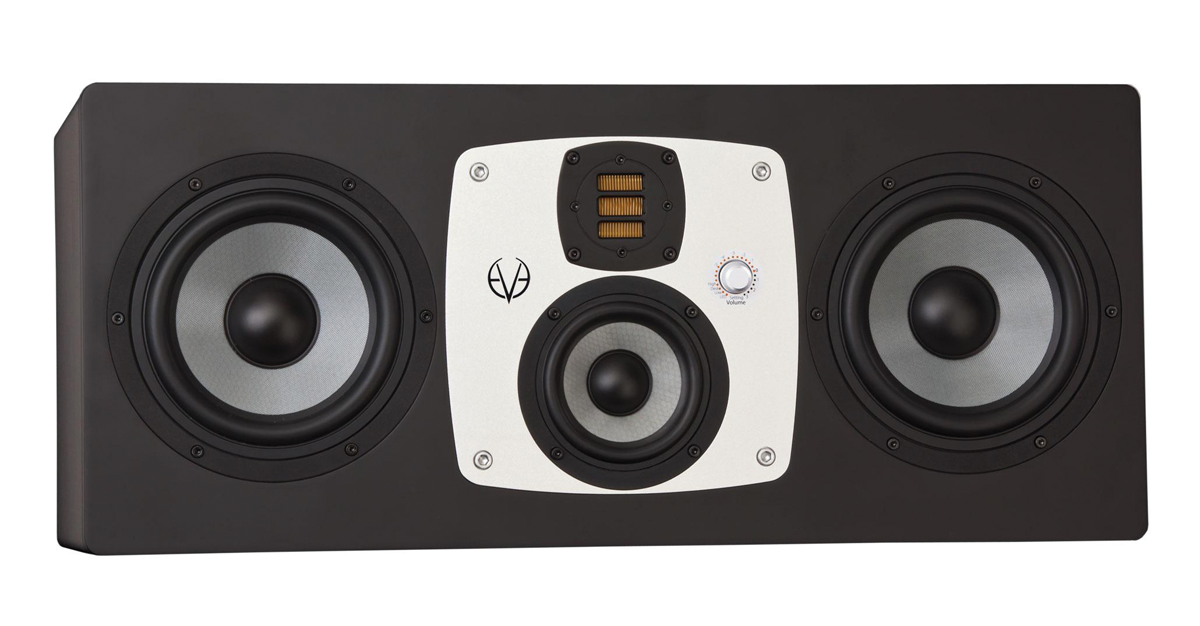 EVE’s SC4 series comprises two models – the SC407 and the SC408. The driver sizes may be different, but both have four drive units. Two 6.5” woofers handle the bass and low mids from 35Hz up to a crossover frequency of 280Hz. The 4” mid-range woofer carries on up to 3KHz, whereupon the ART tweeter kicks in.

Both the midrange driver and tweeter are mounted on a substantial metal plate that can be rotated to allow the SC407 to be used vertically or horizontally. The default orientation of the tweeter/midrange driver plate is set for horizontal enclosure placement.

In practice, this would be practical only on the meter bridge of a sizable mixing console or a substantial monitor speaker shelf. For vertical placement, the plate must be rotated to ensure the tweeter is above the midrange driver.

The bass and midrange woofers may be different in diameter, but the construction is very similar. Both feature EVE’s low-distortion copper cap magnet system and glass fibre-coated diaphragms formed with a honeycomb structure to be lightweight and stiff. These are called SiverCones, and
they are the reason for the SC in the model designations.

Fabulous Four
Unusually, there’s a PWM amplifier designated for each drive unit, and they combine for a total short-term output power peak of 600W. This high-power rating and the massive enclosures indicate that the SC407 is intended for control rooms mid to large in size. In common with all EVE monitors, DSP technology rather than conventional electronic equalisers and attenuators control the system.

The DSP engine employs a high-quality A/D converter (24bit/192kHz) from Burr-Brown. EVE’s DSP philosophy is that it should serve the user and be as simple to operate as an analogue system. Having tried several EVE monitors in the past, this is something the company has achieved.

This system provides you with control over volume level, muting, treble (3KHz) and bass (300Hz). There’s also a desk filter that provides up to 3dB of boost at 80Hz, or up to 5dB cut at 160Hz. The boost will add low-frequency punch should you require it and the cut compensates for reflections off mixers or work surfaces.

The most remarkable thing is that all the control parameters are accessed from a single point, and it’s located at the front. The way it functions is so intuitive, you should be able to figure out the main functions without recourse to the manual.

On Display
The LED modes will, however, need some investigation. In total, there are four modes, but they all seem to offer some form of level metering. In practice, this seemed a bit gimmicky because most DAW stereo busses have metering – as do most desktop controllers.

The rear panel accommodates XLR and RCA audio inputs, the power switch and three usable DIP switches. These switches allow you to lock your volume and filter settings, and toggle between two input level settings.

EVE’s SC4 series cabinets have rear rather than front ports. The designers wanted to avoid bass distortion caused by port compression – or ‘port chuffing’ as it’s often referred to. EVE’s solution is a large rectangular port without hard edges. However, the rear location means the enclosures will ideally be placed as far from walls and corners as possible. 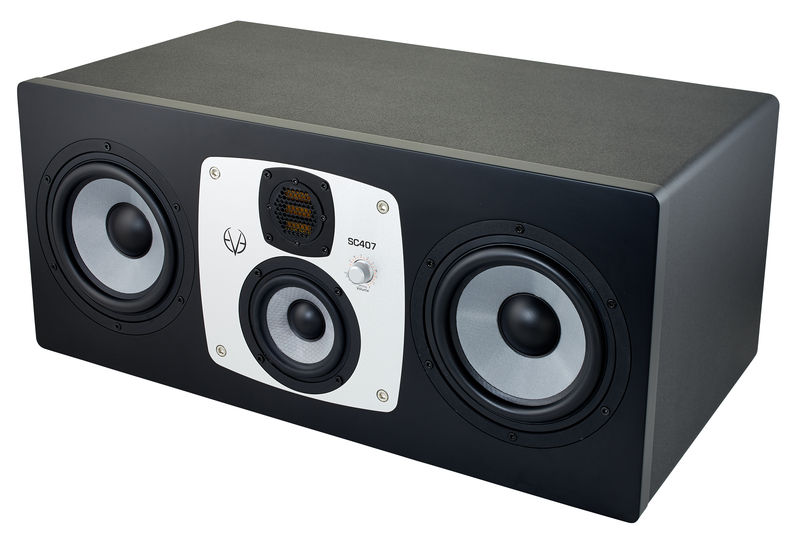 Size is Everything
The sonic results will depend very much on the nature of the room you’re working in because the SC407 goes very loud and generates a lot of bass energy. In small and untreated studio rooms, they might get a bit overpowering with the equalisation set flat, but it’s doubtful whether there’s a brand of monitors on the market that are easier to adjust than EVE.

The beauty of EVE’s system is that you can make any adjustments necessary using a single control and, more importantly, you can do so while you’re sitting in front of the speakers. Initial impressions were that the SC407 sounded too boomy in our room, and listening to test tones as well as program material led us to conclude that the problem was in the upper bass/lower midrange.

It’s important to stress that the issues were more likely being caused by reflections off the surface of our workstation than the speakers themselves. We selected the desk filter, applied a 3dB cut at the preset 160Hz band and – as if by magic – the boom was gone.

We also found it necessary to dip the bass response by 2dB. The sub frequencies were still clearly in evidence, but above that the SC407 produces a quick and controlled bass that sounds natural and well defined. Best of all, there’s no port chuffing.

ART tweeters are known for their open airiness, and the EVEs’ don’t disappoint. However, those more familiar with conventional dome tweeters may need to adjust their ears to the SC407’s natural brightness. After a short while, we also decided to dip the treble response.

In-Use Tip
In a smaller studio environment, it’s most likely you’ll need to use the SC407 in vertical alignment – especially if you prefer to place two or more sets of speakers side by side.

The four screws of the plate can be released to reposition the tweeter so it’s above the upper midrange driver in the vertical position. The plate is a very tight fit and the best way to extract it is to twist the screws slightly into the plate thread and use them for grip as you pull upwards. Simply turn the plate in the desired direction, pop it back into its recess and re-tighten the screws. You will need an Allen key for this procedure.

Alternatives
Four-way monitors of this size and power are specialised and tend to be expensive. Potential competitors include the Barefoot Micromain 45 (£5,400 pair), the outstanding ADAM S3XH (£1,995 each) and the Focal SM9 (£4,080 pair). The Quested V3110 (£2,292 each) is an active midfield three-way with a dedicated midrange driver.

Fair to Middling
The problems we had were confined to the midrange. Vocals that usually sound smooth and intimate can sound a bit reedy and hard-edged on the SC407. Similarly, strings and hi-hats that may sound full and sweet on some speakers can come over as thin and papery on the SC407. Whether that’s an issue with the SC407 or the source material is open to debate, but we can report that if there is harshness or honkiness, these speakers will bring it out.

Stereo imaging is crisp, the soundstage is deep and the overall ambience is very open and we found them better suited to electronica rather than classical and acoustic music by some margin. We did find the monitors’ overall character was defined more by the environment and concluded that these would be better in a larger room – our listening room is fairly small and it could be that the SC407 was just a bit too big for the space. Indeed we found the sound more balanced as we moved further away from the speakers, so perhaps the SC407 is better suited to midfield monitoring.  The SC407 is a very well made and fine sounding monitor that should be capable of producing good results in the right environment.