The latest addition to the Ethera range brings us cinematic vocals and a whole lot more. Dave Gale gets ethereal with the new Ethera EVI. 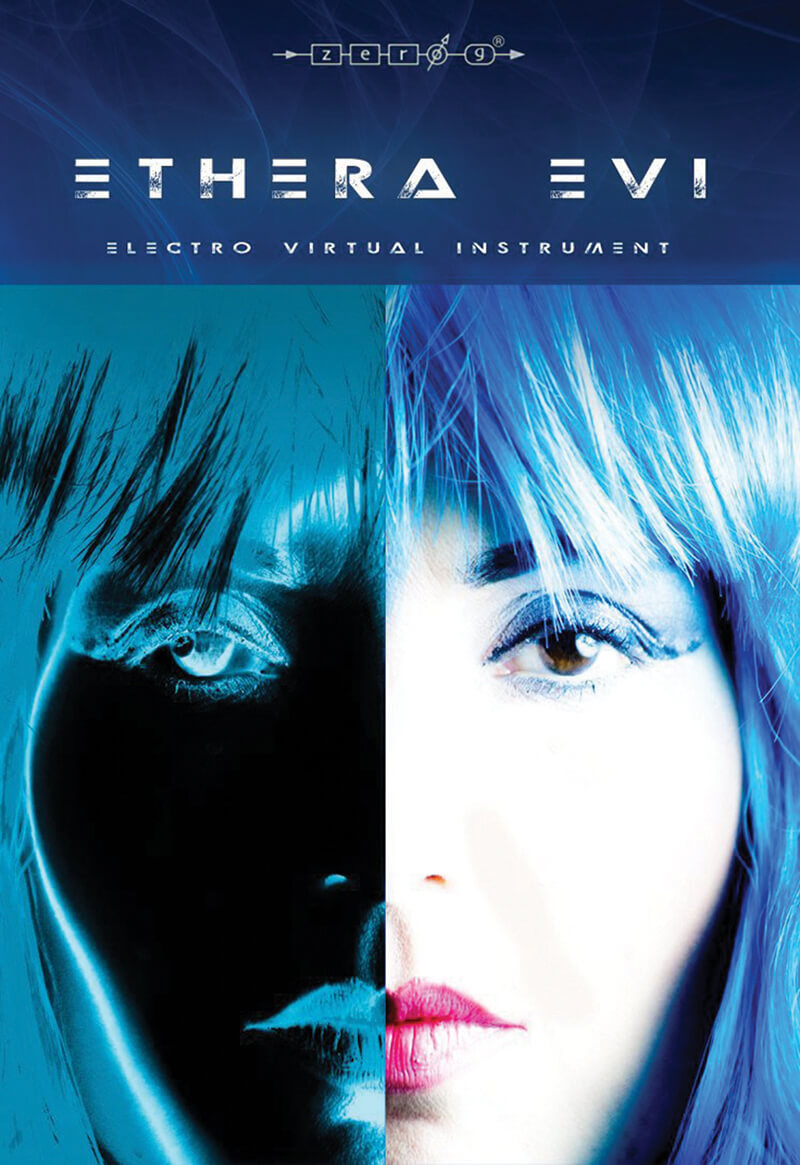 Zero-G have an impressive track record when it comes to raw sampled content, with no range more impressive than the Ethera product line, which extensively brings the user a vast sonic palette which is ripe for soundtrack work and beyond, tidily packaged into a Kontakt-based format. The latest area to get the Ethera makeover is the EVI (Electro Virtual Instrument) offering a wealth of solo female vocal content, stacked with FX and a synth engine to boot!

Broadly speaking, Ethera EVI offers two main sections; Vocal and Synth, with the Vocal section offering by far the most considerable amount of content, while being divided into three main areas. The first Vocal element up for perusal is described as a True Legato Instrument, and in common with an infamous brand of wood-stainer, it really does do exactly what it says on the tin, although in Ethera’s case, there’s a great deal more style and panache.

The first inescapable point to make is that it sounds stunning, which is largely down to the extraordinary purity of sound, supplied by Italian vocalist Clara Sorace, but in my extensive examination of this patch in particular, there are some clever things occurring under the hood which make the patch work incredibly well.

Each sampled component to the legato patch is of a specific length, meaning that your vocalist will be forced to take a breath at some point, thus adding a degree of realism, but alongside this, each sampled note offers a sense of shape, thanks to minor pitch inflection and the way that a degree of delayed natural vibrato kicks in, which again adds significantly to the realism. 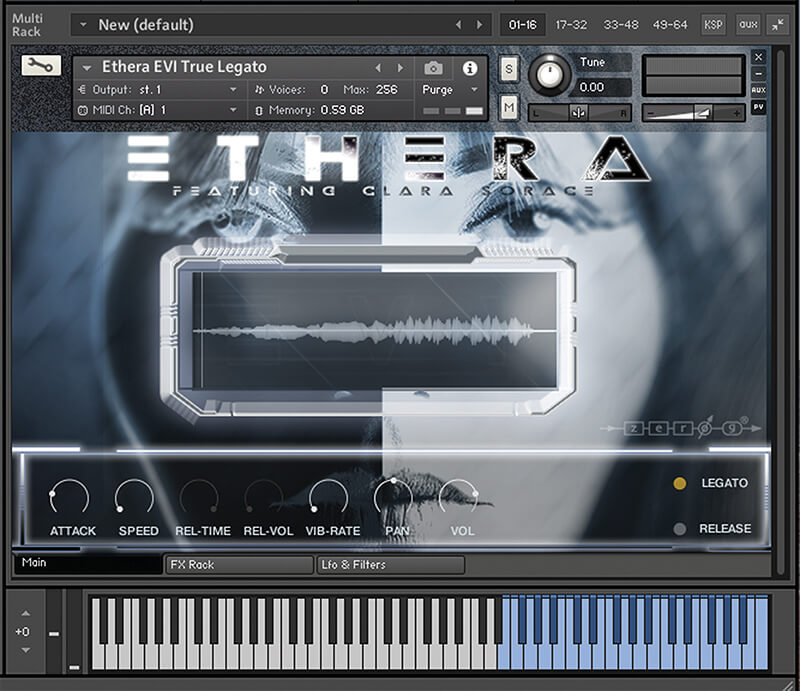 The legato aspect itself is in no way overbearing, being nimble with just enough laboured time taken to make it feel cinematic and natural. I had some real moments of head-scratching in my efforts to try and reverse-engineer the legato patch.

There are round-robins at work, as well as a degree of sample selection through velocity control, but there also seems to be a degree to randomness at play, but not in a sense that ever reminds you that this is a sample.

Subtle changes in vowel shape occur each and every time, making this sound unbelievably good, but with this may come a degree of lack of control, if you really must have one single phrase type. I have to say that I would question whether it would become an issue, as it’s so damn good, and good every time.

Also lurking in the True Legato section, you’ll find the category of processed vocals, which again does what it describes but in a largely cinematic way, which brings us nicely to the FX rack. Here we proudly find Zero-G’s new Convolution Reverb, which in line with the accompanying sample quality sounds amazing, with a bewildering sense of space.

It sounds really expensive and expansive, with all the controls you need alongside a sizeable collection of preset impulse responses. There are a further seven FX elements, all of which can be applied or bypassed at will, from humble EQs and Delays through to Overdrives and Cabinet simulators.

When this Ethera EVI landed in my inbox, I thought I knew what I was getting, but have been pleasantly surprised by the amount of sampled content, and quality of what might be regarded as the main events. The Legato Vocal Instrument is absolutely outstanding, and in many respects it’s a bargain at the price, just for this. 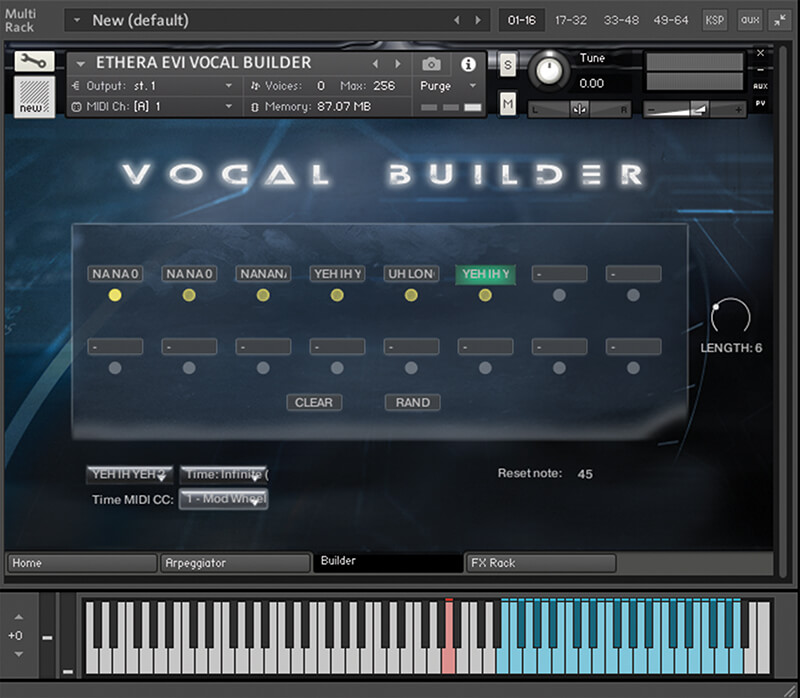 The additional vocal elements may prove useful in settings other than soundtrack work, but the legato timbre does firmly lay its cards down, with that cinematic feel intact. However, the additional sample and synthesised content is also very vast, and was quite a happy surprise as a result. It’s competitively priced, but this doesn’t diminish the quality in any way.

While the Legato instrument is superb for the more soundtrack-centric style of working, the Word Builder Instrument offers plenty of usability in further areas, particularly if you want to add some BVs to your track. Within the Word Builder page, it’s possible to select a number of preset Phonemes, which within Ethera’s most basic setting will be played one after another, in sequence.

Up to 16 can be selected to play, with phrases varying from ‘Oh’ to the more rhythmic ‘Na, na, na’. These can be used individually or polyphonically, making it simple to add some BV credentials at the drop of a hat.

Where this falls slightly short is with the lack of ability to type in your own lyrics, which is not a facility which is available, but it is possible to place the phonemes feature alongside the inbuilt arpeggiator, which can have different vocal plosives occurring at every point across an arpeggiated chord.

This gives us something which sounds quite like a chorus, as an effect, but could ultimately start to sound more like a machine-driven concept, depending on the phonemes being employed.

In many respects, the movement away from the heavily realistic Legato Vocal Instrument gives a sense of what is available within the Synth section. I’m curious as to the decision to include a clearly considerable amount of synth content, which is an unexpected surprise, given the implied advertising of Ethera EVI. The Synth section contains everything from Drum Loops and Glitch Kits, through to Lead and Bass sounds, all with a terrific degree of sound design to add to the general sonic sound stamp.

A good case in point could be found within the Horn section, where I was expecting to hear something quite pure and acoustic, but rather found some extremely interesting distorted texture instead. This has plenty to do with the synth engine available to the user, which offers a standard subtractive style interface, spread across various layers.

The LFO and Filter layer will give no surprise, other than allowing for numerous filter types, with the added ability of routing numerous LFOs in numerous directions, such as LFO control of the filter resonance. However it’s the Home page that will offer more of the usual controls associated with subtractive synthesis.

It’s also here where you will find the exceptionally enticing Granular controls, which is where much of the distorted control may take place, but when added to the already mentioned FX rack, it’s a pretty powerful conceptual design, albeit a little clunky, due to the limitations of the design layout of Kontakt.

This is one of those cases where you could easily see how a fuller and more bespoke interface could really be beneficial in the long run, especially if you’re creating a patch completely from scratch. At this point I have to mention just the sheer scope of the content of sampled material to work with, not just as an amount, but as a very large selection of really high calibre material that could be an incredible asset to your sonic arsenal.

Ethera EVI is a bit of a curious wonder; on the one hand, I thought I was looking at simply a vocal-based package, and one that offers huge depths. The hitherto unmentioned Vocal Phrase area will offer some great out-of-the-box triggered samples which are ripe for soundtrack deployment, while the legato instrument is a big highlight. The Word Builder will probably have limited use, while the unexpected Synth section is a firm sonic powerhouse, Don’t be fooled, this is an extensive collection of useful cinematic sounds, that could become essential in numerous other areas too. 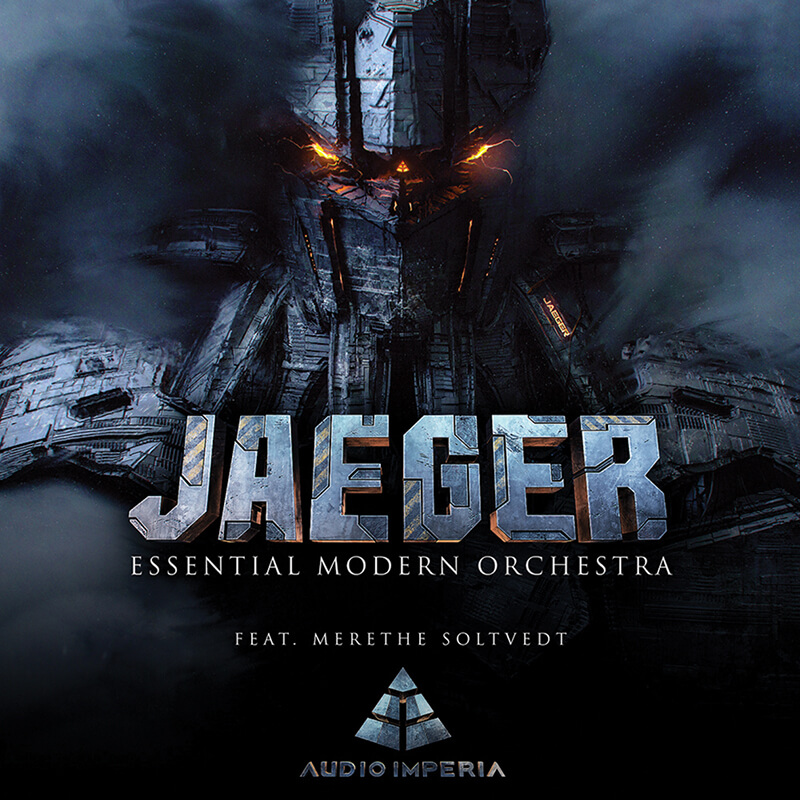 The Vocal ‘Hanger’ from Jaeger was momentarily available as a library under its own steam, before being placed firmly back in its real home. It’s another great product for that cinematic solo female legato vocal. 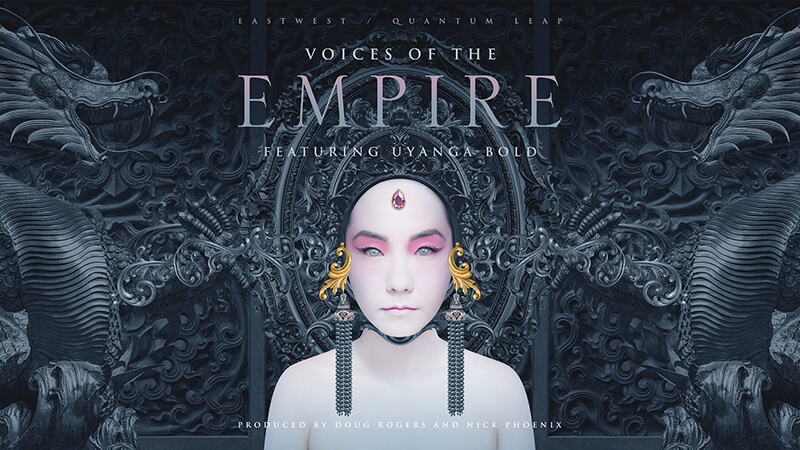 This is another full-on cinematic package of exceptional sounds, which is available as an outright purchase, or as part of the East West Composer Cloud library. A little more ethnic in flavour to Ethera EVI, but vast in sheer size and quality.