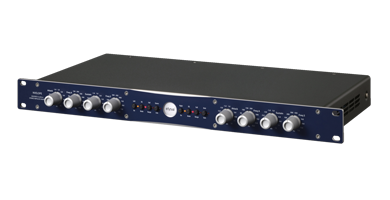 We tend to think of dynamics processing in terms of compressing and limiting; however, Elysia’s Nvelope is designed to shape the attack and sustain characteristics of audio that is fed through it. The concept isn’t entirely new, although the technology is certainly a lot younger than that employed by more traditional dynamics processors. Elysia’s Ruben Tilgner, the inventor of the differential envelope principle, designed the SPL Transient Designer back in the 1990s and has now taken the concept a step further with the Nvelope.

The original Transient Designer was quite basic (although powerful) in its operation, providing two controls per channel: one to alter the attack response, the other to adjust sustain. The Nvelope still offers this quick and easy method of shaping sound by altering its impulse structure, but now also provides frequency controls to shape the precise frequency point at which this shaping occurs.

A by-product of these frequency controls is that when the dynamic response processors are removed from the signal path, the unit can be used as a high/low-end shelf equaliser. In addition, when processing mono signals, one channel can be used for impulse shaping simultaneously, with the other channel providing EQ to the same signal. Alternatively, as the Nvelope is a dual-mono device, two separate signals can be processed in any one of the unit’s operating modes.

While the Nvelope can be used with any kind of audio signal, including complex groups of instruments or complete mixes, its primary strength is its ability to tailor the sound of percussive sounds. Drum kits can be altered to sound more bitingly aggressive by increasing the attack response, bringing out the crack of snare drums, while dialling out some of the sustain tightens up booming kick drums or ringing toms.

Sonic Shaping
Unlike compressors, which rely on signal levels to determine the onset of processing, the Nvelope performs its sonic shaping regardless of audio level, so there are no threshold controls to worry about.

The front-panel controls operate accordingly with the mode of operation selected; so, for example, the Attack control emphasises or reduces the attack response of signals in Full-Range or Dual Band mode, while in EQ mode it becomes the shelving boost or cut control of the selected high frequency. Similarly, the Freq A (frequency attack) control allows the start frequency for attack processing to be selected in Dual Band mode, while in EQ mode the same pot becomes the frequency selector for the high shelf EQ filter. The Sustain controls behave in a similar way, either tailoring the length of a signal’s sustain or providing low-end shelf EQ control. 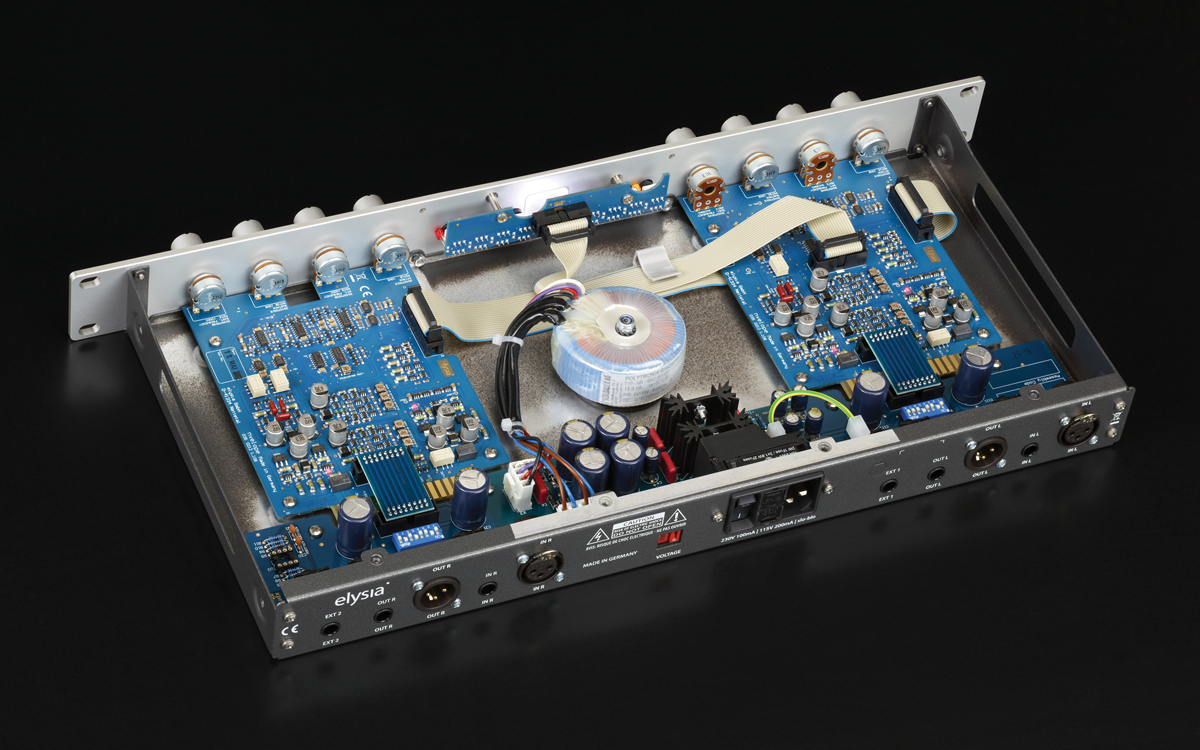 Explaining the various operating modes of the Nvelope at length might lead one to think the unit is complicated and confusing to use. However, most users will find that after a short time getting to grips with it, the Nvelope becomes quite intuitive in its versatility; in many ways, it’s easier to operate than some compressors. Similarly, while the equaliser is not a forensic tool, it does offer a good degree of general tone enhancement that sounds instinctively right in a musical way.

Use is further eased by an Auto Gain switch that eliminates distortion or clipping that may occur when attack-response processing causes leaps in signal level. A Stereo Link switch allows the unit’s left channel pots and switches to become master controls when working with stereo signals.

We began our test of the Nvelope’s audio shaping abilities by running a stereo drum mix through the unit in Full-Range mode with the Stereo Link switch engaged. By making use of the Attack and Sustain controls, it was possible to transform the sound of the kit in several contrasting ways.

One minute, our kit sounded close, tight and punchy as we reduced the sustain (and therefore ambience); the next, it was a thunderous, booming monster of a kit, with the increased sustain sounding like John Bonham bashing away in a cathedral. The Freq A control was employed here, acting like a high-pass filter to prevent the low-end response from becoming too wayward. It was extraordinary to hear how a quite ordinary drum sound could be processed to deliver such dramatically different results.

Alternatives
The SPL Transient Designer 2 (£355) is a single-channel unit that offers the basic impulse shaping of the Nvelope, but lacks the EQ controls and flexible reconfigurability of the dual-channel unit.

Phat Beats
It was easy to create those big, phat beats so beloved of hip-hop producers, then transform the sound into the short, muted tones that work so well in drum and bass. It wasn’t all about wildly affecting the original sound, though (although it was fun!), and we were able to subtly but usefully fine-tune our original kit sound by sharpening the leading edges while adding some body and bringing out the room ambience.

We were also able to rescue a double-tracked electric guitar part that might otherwise have had to be re-recorded. The part was a chiming riff that the guitarist had played with a 10p coin instead of a plectrum. The metallic attack of each pluck masked the ringing body of the note.

A compressor with a fast attack time might have tamed the initial transients to a certain degree, but the Nvelope sorted out the problem perfectly, restoring the sonorous chiming sound without the clangorous effect of metal on metal. Dual Band mode was employed for this piece of corrective surgery, and we made use of the Freq A control to individually shape each pass, further enhancing the stereo effect when panned hard.

There’s no denying that the Nvelope is an incredibly powerful and versatile tool. Not only can it subtly shape decently recorded material – both individual sounds and final mixes – but also rescue sub-standard recordings by altering the transient response. And with its discrete design, excellent build and modern looks, Elysia has created a product that stands out from the vast amount of ‘me too’ retro-look products that dominate the pro-audio hardware market these days. The Nvelope is an extremely useful piece of kit. 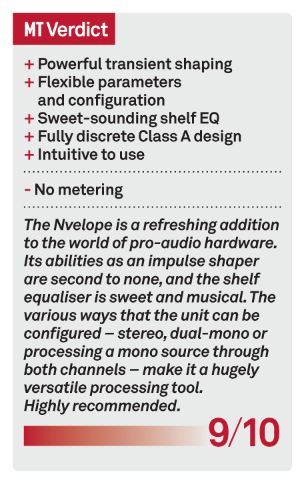