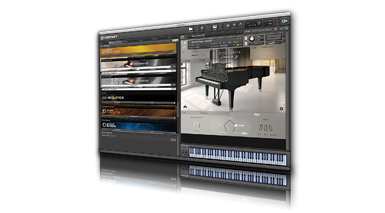 If you can’t fit a concert grand in your studio, E-Instruments may have the solution. Hollin Jones lifts the lid… 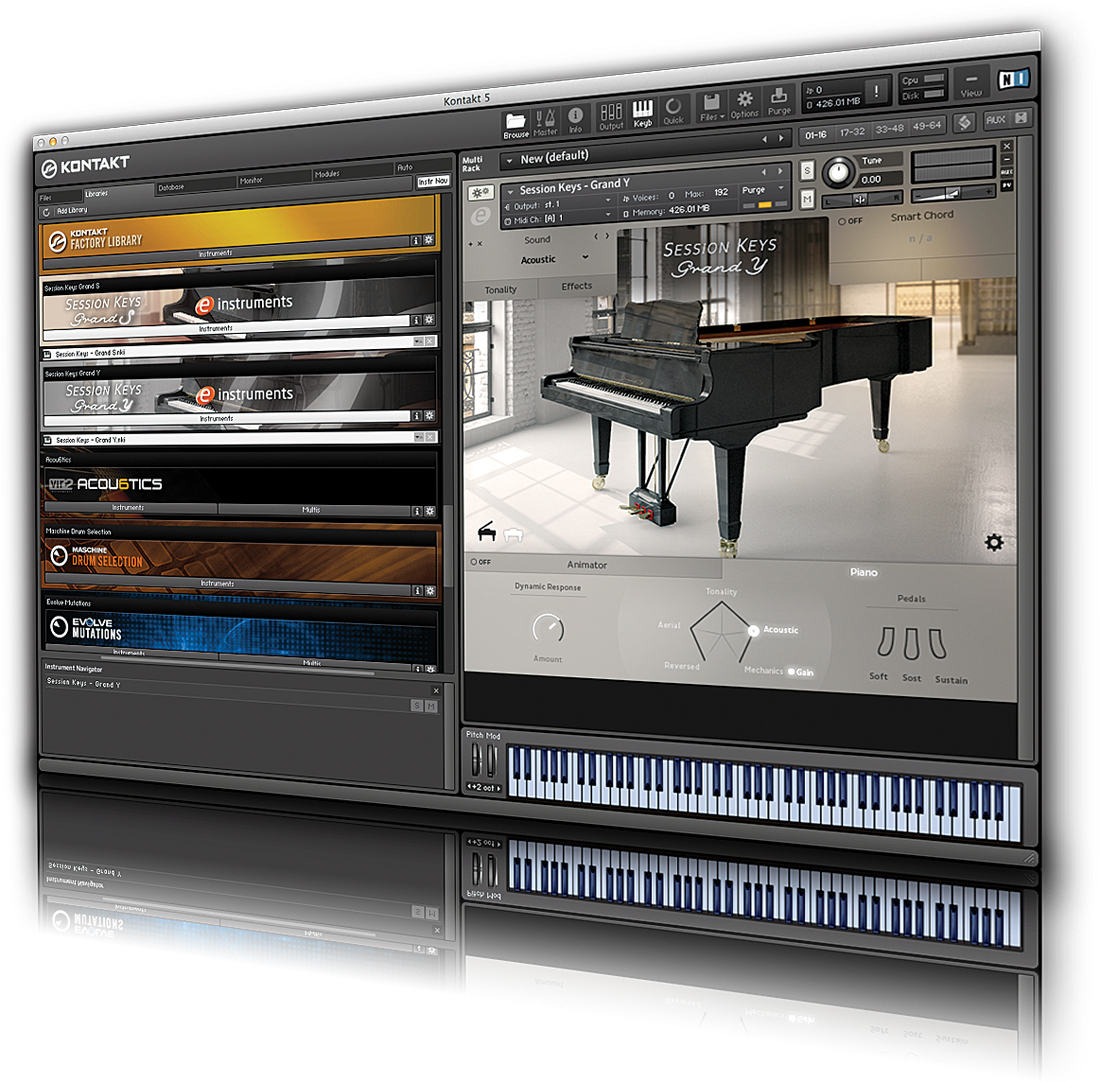 Recreating grand pianos in software form isn’t a new idea, but as technology improves the level of authenticity and the flexibility of what developers are able to achieve with sampling continues to evolve. E-Instruments makes a range of sampled instruments, and its latest is Session Keys Grand S and Y: two acoustic grands recorded in great detail that aim to put concert-ready sounds at your fingertips.

At just under 5GB apiece they run in the free or full version of the Kontakt player on Mac or PC, requiring the usual authorisation procedure. As ever, files can be offloaded to an external drive to save space on your boot drive.

A Grand Day Out
The two instruments have identical feature sets but use recordings of different pianos. Each one also has two modes: Concert and Studio. In Concert mode the recordings were made with an open lid in a concert-style space, and with room mic’ing for a big, expressive feel. Studio mode was captured with the lid removed, and close mic’ing used to get a dry, intimate sound more suited to contemporary playing styles. You can switch between styles by pressing a single button.

Once you’re up and running you will probably want to start with some presets, and there are some excellent patches that automatically dial in settings to create various types of feel and effect. You will of course want to make some tweaks to tailor the pianos to your liking and this is possible using the many onboard controls.

The Tonality section provides dials for multiple kinds of resonance, envelope and noise characteristics including pedal and key sounds, and there’s a Reverse knob that enables you to introduce reversed samples into the signal with variable level.

An effects section helps to add depth, with three-band EQ, stereo widening, compression, delay and reverb with multiple types all available. It’s easy to make your piano softer or harder, and more dry or wet depending on what you need. 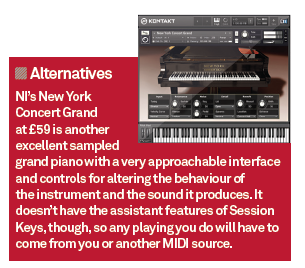 Morph It
A more unusual feature is the Pentamorph control. It’s comprised of five points, each of which lends a different feel to the sound. These include Reversed, Aerial, Tonality, Acoustic and Mechanics, and each one does more or less what you’d expect, adding air, mechanical sounds or stripping it back to just the close-mic’d notes.

Helpfully you can move the control between these points and thus create a hybrid effect; for example, making a piano that is slightly reversed with plenty of room ambience. It makes it simple to get piano textures as easily as conventional notes, and this is great for soundtrack or sound-design work.

For the less advanced player, Session Keys Grand offers something really great to help you create parts you may not be able to achieve yourself. The Animator section provides a number of ‘songs’, which are themselves divided into parts such as chorus, verse and intros and can be played using just one or two fingers.

Hold a key and a complex pattern plays back based on the preset you have chosen. Hold a couple of keys and the pattern modifies, and dynamics and complexity can be controlled using the pitchbend and mod wheels. Different patterns can be dropped onto virtual keys to build a quick library for playing back whole sequences.

At the base of the Animator section is a set of controls including chord detection (which can be set to be more or less strict), manual complexity and dynamics controls, and swing and quantize dials to add a human element. 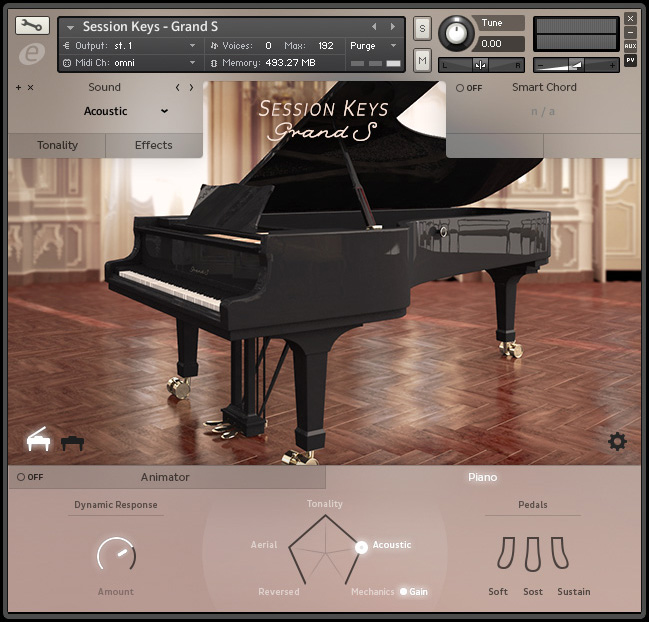 There’s a half- or double-speed option, and of course all of this can be altered in real time. The patterns on offer are fairly cinematic in nature but are adaptable to a range of different musical uses, and will be tremendously helpful for lending a more professional and musical flair to any production.

There’s also a Smart Chord feature that ties in with the Animator. Using this you can play chords and chord variations using piano keys or the pad controller, with humanise and velocity settings also available. Again this enables you to make beautiful, flowing and intricate sequences without really having to be able to play them.

Session On?
As a software recreation of grand pianos with all the sound-shaping and tonal controls you would expect, these are excellent performers that will help you to incorporate almost any kind of grand piano sound you like into your tracks, and they’re excellent for solo performance as well. What really adds to the value, though, is the addition of the Smart Chord and Animator sections that open up the possibility of complex musical figures even to those without advanced keyboard skills 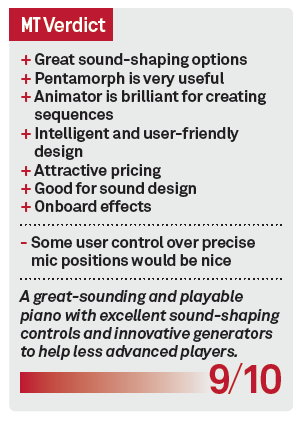