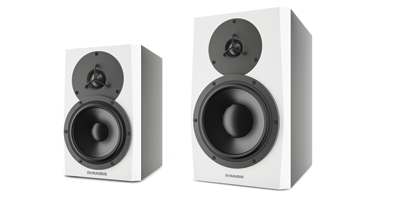 Dynaudio has an incredible rep for speaker design. Jon Andrews looks at two sets from the new Dynaudio LYD range. And yes, they are white… 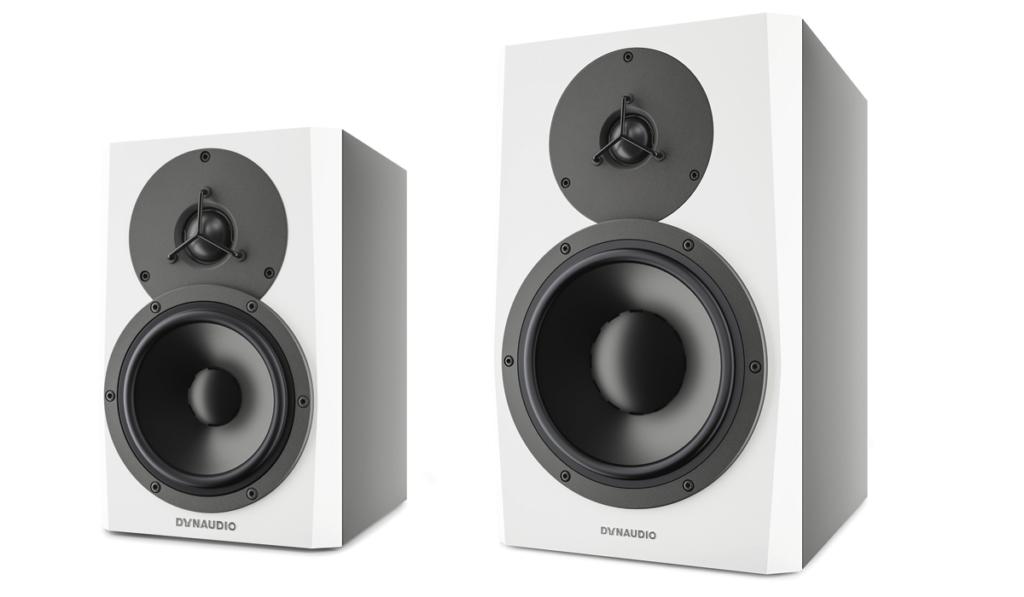 We all know that music -production hardware has become more exciting in terms of looks and popularity – Eurorack, colourful controllers, etc – but speakers? They have always been mostly black – the most outrageous departure being KRK yellow and the NS-10 white cone.

Dynaudio wanted to make a splash with the Dynaudio LYD range, so made it… white. Okay, it’s not that radical and the black cones take so much of the front panel up that, along with black sides, you get used to it pretty quickly.

Whether you like white is, of course, a matter of personal choice. I rather like it. It accentuates the front design a little more than black would, with an angled curve around the woofer that lends the speakers a look of authority and perhaps a little futuristic appeal.

I’ve had two of the range on test for the last month: the LYD 5 and LYD 8. As has become normal, speakers get released in threes, with a clue to the woofer size in the name. So while each shares a 28mm soft-dome tweeter, we switch to imperial measurements with the 8- and 5-inch woofer’d versions here.

The Dynaudio LYD range is designed for small and medium studios and setting the speakers up is very straightforward. There’s an excellent manual with a great design that gets you to the heart of speaker positioning very quickly. There are extras around the back of each that make initial tweaks and setups easy too, depending on your room size and audio setup. Sensitivity lets you match to your pro or consumer interfacing with -6dB and +6dB options for high and domestic output levels.

I’m a big fan of Standby mode. Yes, I do get irritated if it kicks in too early, but it’s probably saved me money over the years and you get the choice to use it. Then you get to tweak the low ends by +/- 10Hz with handy Bass Extension options. Again, this is related to volume, so if you mix at low levels or have a smaller room, you might want to have this switched to -10Hz. But do experiment with these in your setups and stick with the setting you are happy with.

Two final settings are perhaps less common: Position and Sound Balance. The former has two settings – Wall and Free – to “help with anomalies created by reflections coming off the back wall”. Basically, set it to Wall if your speakers are within 50cm of your back wall; otherwise, it’s Free. How this works is not really explained, but I did try it, with hit-and-miss results.

The Sound Balance is a little harder to explain, and is dependent on your acoustic treatment. Dead rooms might require the Bright setting to give the speakers more zing, while one with lots of reflections might require Dark to help deaden the response. It’s a useful setting to have, but again, will add to your setup time as you experiment. 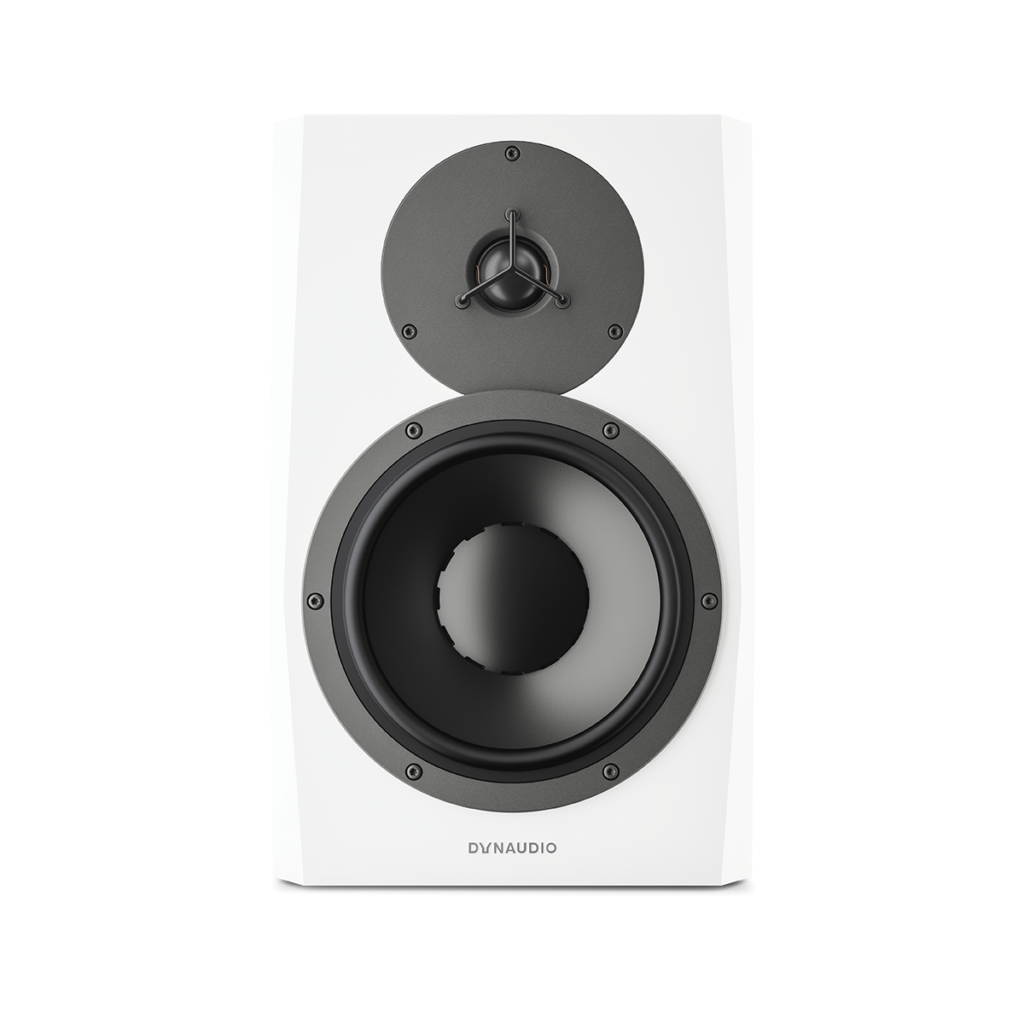 It sounds like a lot of options to fiddle with, but you should always invest time at this stage of a monitor setup to get better results for your mixes down the line. Indeed, the manual lists quite a few suggestions on setting up and tweaking here – it’s great advice, actually (we’ll probably cut-and-paste it into an article soon!) Finally, the manual advises running the speakers in, something you’d expect to have to do with a lot of monitors, especially as you get above a certain price point.

With so many combinations of setup options available, I decided to go down the middle as much as I could and experiment along the way; in effect, taking the advice from earlier. As the speakers were within 50cm of the back wall, I also engaged the Wall option with Standby mode on for good measure.

I set both the LYD 5s up; then the 8s for comparison; and then – and why not – one of each, for a direct comparison across a mix in stereo, which turned out to be the most revealing (FYI, I used an Allen & Heath Qu-24 mixer to feed from both Live and Logic).

Often when testing speakers you start with preconceptions based on reputation, price, specs etc, so you can then be surprised by units not living up to, or exceeding these expectations. This time, though, what I expected was pretty much the result, up to a point.

Like I said, the A/B comparison between the two monitors was the most revealing. As you might expect, the slightly larger woofer of the LYD 8 resulted in a better response further down the range. You might also expect the upper mids and top to be more or less the same, because the tweeters are identical.

It’s a simplistic way of looking at it, but direct comparison revealed just that. Both have an exceptional degree of clarity across these ranges with pinpoint detail on the soundstage – in fact, I couldn’t fault them – with the 8s providing just that extra bit of boom down under. So the 8s delivered this bottom but, surprisingly, at lower levels: and on certain tracks I was mixing on I was getting a more rounded and tighter picture from the 5s – it just held together that much better.

I then decided to notch the bass response back on the 8s and bring it up on the 5s using the Bass Extension options, thinking I might be able to match them (to see if I could get an equal sound from the 5s and the 8s, but pay less for the 5s!).

This didn’t quite work – the 8s always ‘won’, bass-wise. Then I tried the Wall and Free options on both. It didn’t make much difference on the 5s, but I did notice a slight muddying of the bass with the 8s when in the wrong mode. The manual explains little of the physics, bar ‘anomalies at low frequencies’, but it did alter the LF. 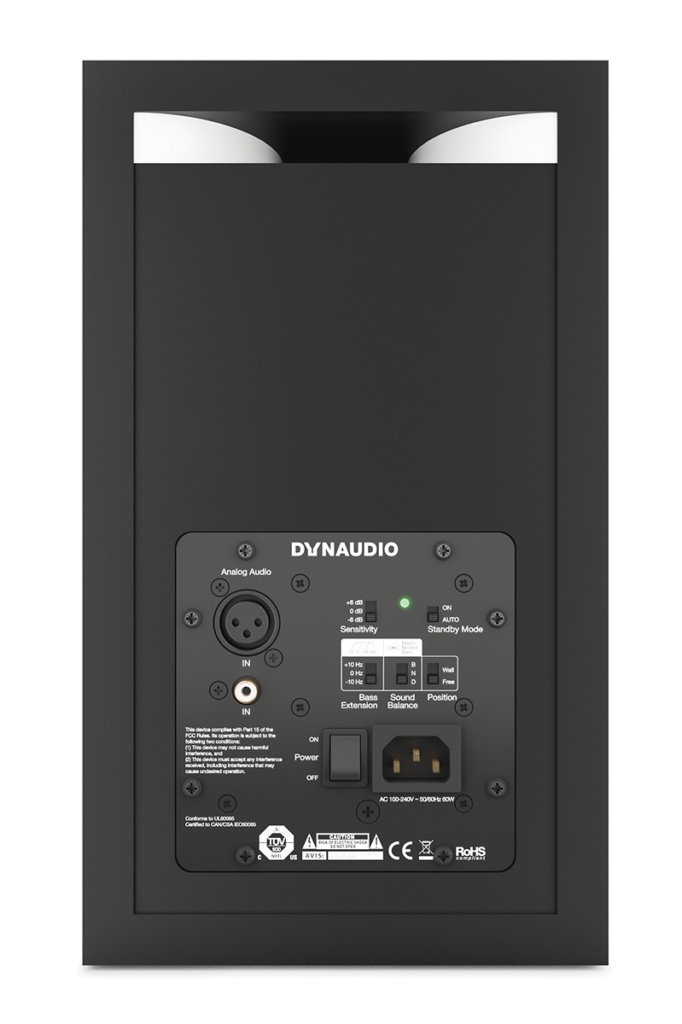 Around the back, you get a number of options not always available on other monitors, including Position and Sound Balance

There are literally hundreds of monitors available in this price range, so I’ll just list some of the ones we’ve looked at recently, including Dynaudio’s own BM Compact mkIII set-up and the MunroSonic Egg100 system.

More recently, I also reviewed the RM series from Pioneer, very much the new kids on the block but great monitors, especially the RM-07.

So what does all of this prove? These are great-sounding speakers – I was very impressed with what I heard on mixes from similar priced and more expensive monitors and could make all sorts of improvements, and at lower levels.

Yet the flexibility from all these extras makes the LYDs suitable for all sorts of studio situations, even though it takes time to set up. There’s little to call between them. The 5s are obviously suited to smaller environments but both can be ‘edited to fit’. Spend time sorting this and you’ll be very happy with either. 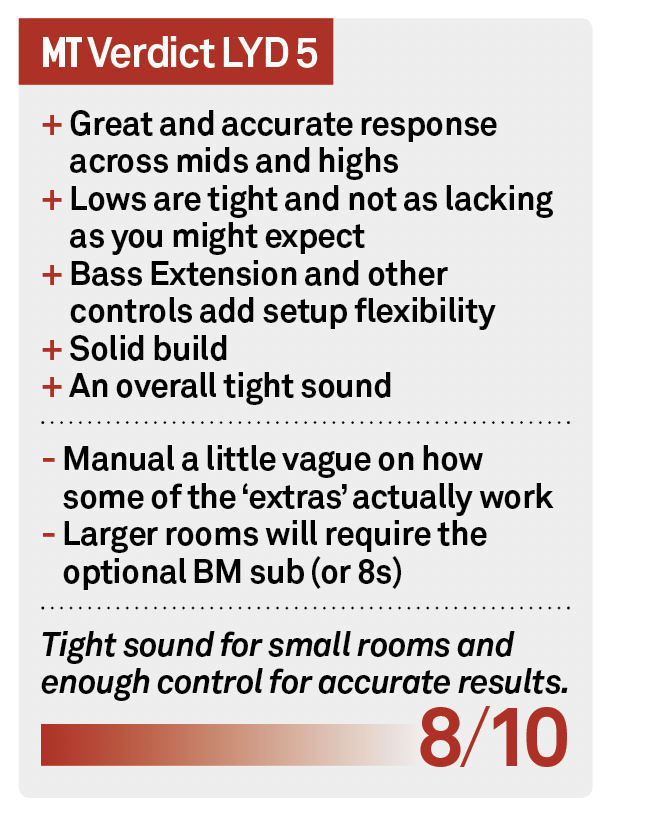 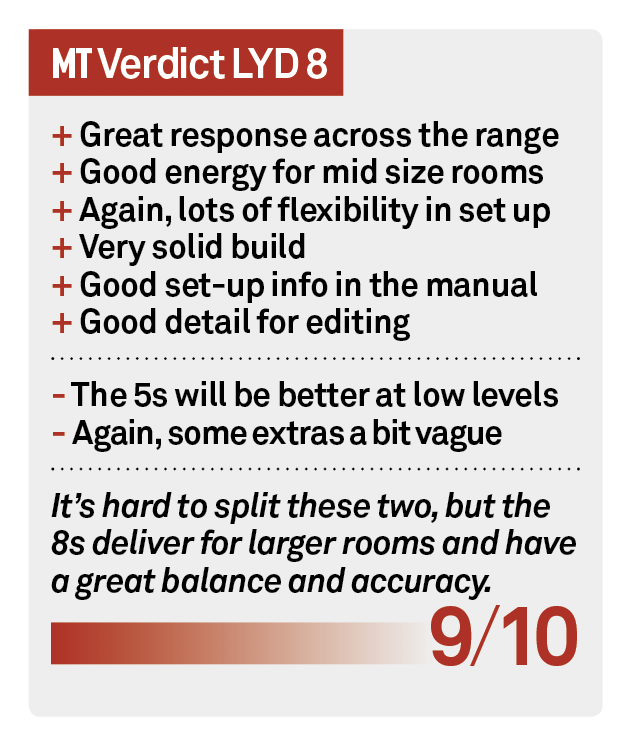