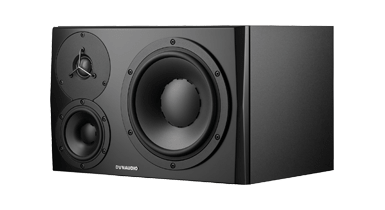 The award-winning LYD series from Dynaudio has been enhanced with a flagship big brother. Andy Jones takes delivery of the LYD 48… 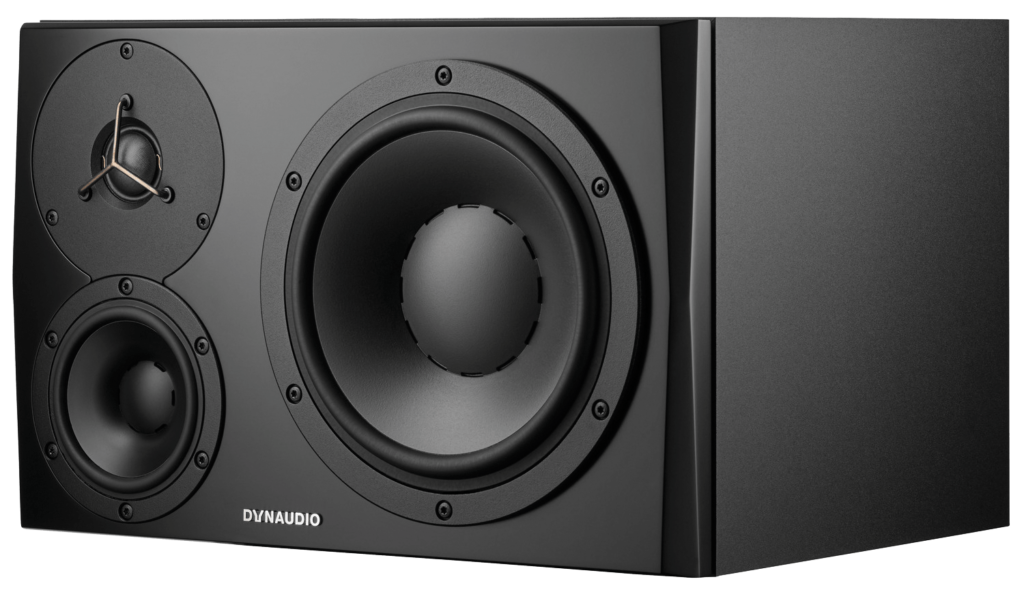 At last year’s NAMM show, there was a lot to get excited about in terms of new music-production gear – it’s what that show is about, after all. Yet one of the most exciting – at least for the MusicTech team, anyway – was the announcement of the Dynaudio LYD 48. “You got excited about a speaker?” we hear you ask. But this is no ordinary speaker.

It’s the latest addition to the LYD series – pronounced ‘L’ ‘Y’ ‘D’ and not ‘Lid’, as we’d been incorrectly saying pre-NAMM – that won our coveted Best Monitor at last year’s MusicTech Gear Of The Year Awards. So I’m excited on that level, as I’m expecting greatness from this monitor, but it’s also the biggest and boldest of the range, so expectations are through the roof.

A quick run through the specs and you’ll notice that the name is again a reference to the woofer size (8-inch) with the added ‘4’ the size of the midrange driver. Compared to the quoted specs of the LYD 8, the 48 actually goes a little lower at 32Hz and has less top at 21kHz.

The SPL and output power stats are similar, though, but with the 48s, it’s all about the additional midrange driver and how it benefits those frequencies and the overall balance of the sound, which I’ll come on to later. 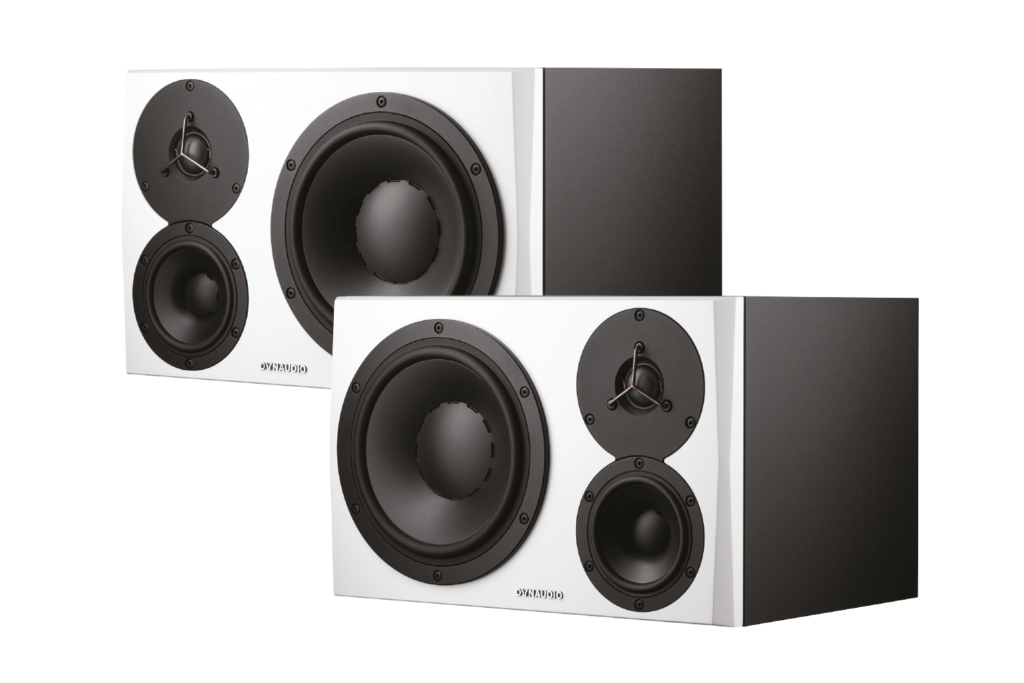 The manual is excellent, detailing speaker positioning techniques with a great explanation of the acoustic axis position of each of the LYD range. As with the other LYDs, Dynaudio has packed the 48 with DSP extras around the back, so you get Bass Extension which affects how loud the speakers go – a good option to have if you mix at lower levels (which you should!).

Drop the setting down to -10Hz for mixing at these lower volumes and to receive an increased bass extension to compensate. At +10Hz, you can increase the volume you mix at, but the bass extension is at its least, to prevent overdriving the speaker.

Sound Balance is useful option to have and is related to how dead your room sounds. If you have a lot of acoustic treatment, you might want to have this on the Bright setting which tilts the frequency spectrum with higher highs and lower lows. The Dark setting does the opposite for a brighter room with less treatment.

The Position control “helps with anomalies created by reflections coming off the back wall”, so set it to ‘Wall’ if your speakers are less than 50cm from the wall, or ‘Free’ otherwise.

Finally, there are controls for Standby Mode (great, as I’m always forgetting to power down my monitors) and Input Sensitivity, which you can adjust depending on your interface (set it to -6dB if you have a pro one, or to +6dB if you are using more consumer-grade gear).

With all of these settings, it’s a case of experimenting at the setup stage, either with trusted mixes or with Dynaudio’s advice – which, again, is excellent as the manual includes a whole section on listening tests which we’d thoroughly recommend you follow.

Dynaudio has great form when it comes to three-way speakers in the past, with ranges like the M3 and AIR 20, but the LYD48 is attempting to bring that high-quality design ethos to a lower price point.

For my tests, it’s a little different this time. I’ll be playing my own trusted mixes as normal and a good selection of my favourite reference artists (Talk Talk, Blue Nile and David Sylvian all offer a great dynamic range to test speakers, and there’s also some cone-rattling dance stuff from Leftfield and Orbital in there).

The difference this time is that I’m also testing them against a set of reference speakers that happen to be the LYD 7s, so, just for the heck of it, I’ll see whether the difference in specs translate out to the hearing tests.

As far as settings go, I set everything up as neutral, bar the Position switches which I’m testing in their Wall mode as they’re closer than 50cm to my studio back wall. First up, with the 48s on their own, it’s pretty obvious from the off that there’s a great balance, a real joined-up response. The bass is rich but not flabby, a nice punch but nothing overbearing.

I expected the mids to shine more than they do, but really, they seem to be simply joining the highs and lows together, offering a smooth transition between the two, and that’s what they should be doing. You don’t want them suddenly standing out over anything else as the aim is great balance – and on this score, I think Dynaudio has got it spot-on. 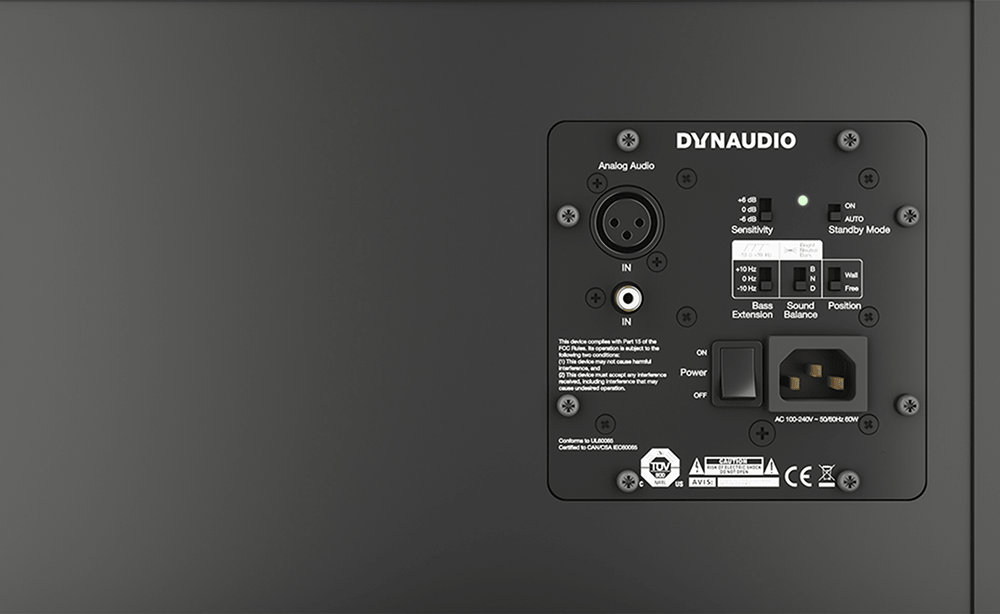 Where the mids were more noticeable were on some of my own mixes, where some of the midrange elements were missing from headphone or two-way mixes, so I’d pushed them too hard and they were now more pronounced on the 48s. It was quite subtle, but the 48s were revealing slight inadequacies in my mixing – again, a good thing!

So, to the interesting test against their smaller brothers – and the specs aren’t lying. The 48s are more rounded at the bottom and you can really hear those frequencies – it’s a 7-inch woofer versus an 8-inch one after all – but surprisingly, the highs felt more pronounced on the 7s, even though their specs reach exactly the same spot. The three-way 48 experience definitely felt very balanced, though, and that is the key message here.

Joined-up thinking, that’s what three-way monitors should do… and the LYD 48s offer just that. They give a very rounded picture, have a lovely spacious sound and one that is deep and revealing (annoyingly so, at times!). For pinpoint mixing and EQing, we were getting on like a house on fire.

This is where the mids and upper-mid detail really come into their own, as you can properly get into mix-part separation when you get clashing frequencies in these ranges. The 48s certainly make that forensic EQing slicing not only possible, but almost fun.

I should mention the price, too, as these are available at less than a couple of grand – which, looking at previous three-way monitors we’ve reviewed, is a great price. Compared to their speaker peers, they seem to average out at a few hundred pounds less. So the LYD 48s offer an incredible, balanced sound at a great price, and are truly the flagship of a fleet of award-winning monitors. 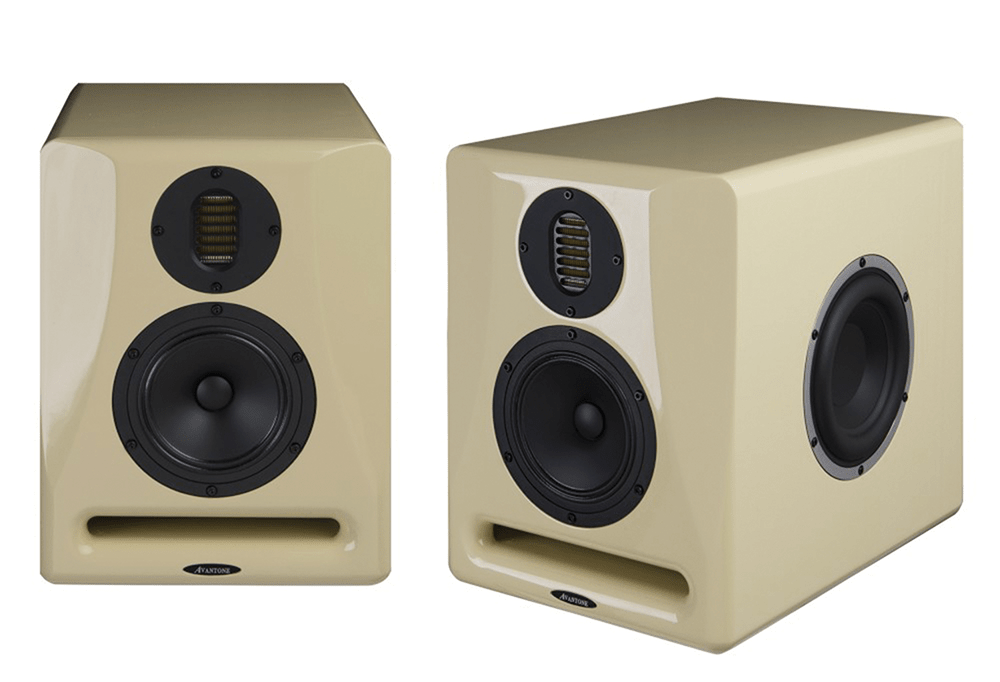 These are more expensive, but have a lovely balanced and detailed sound like the 48s and are also available in cream! They’re big in sound and in size and represent a great set of revealing, yet very enjoyable, speakers that we rate pretty highly. 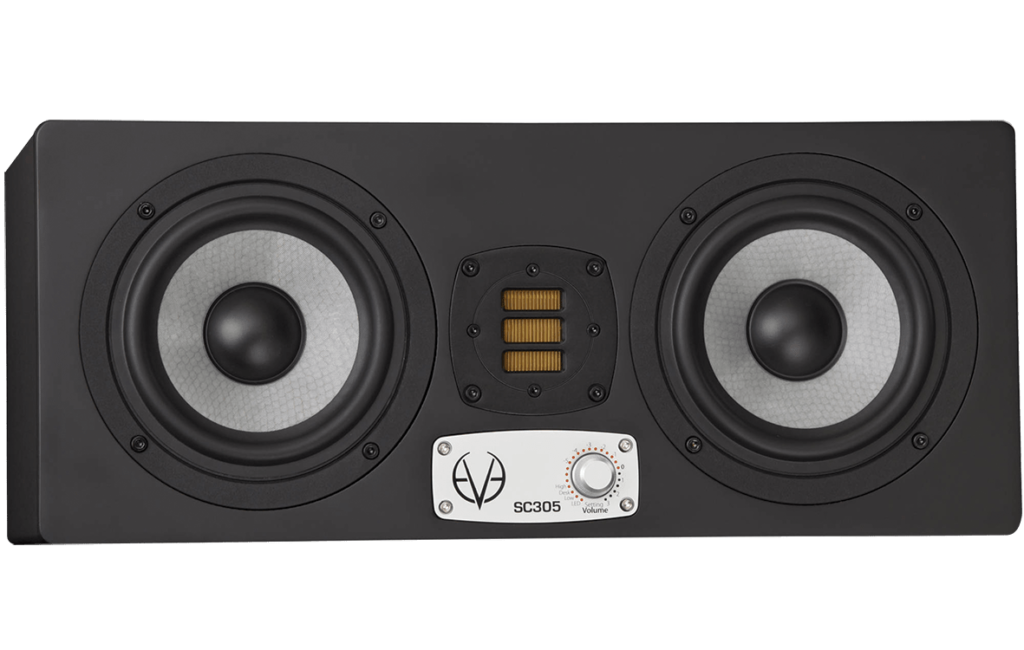 Eve’s SC305s are three-way monitors that we rated a while ago when we reviewed them. They street at around £800 a pop now (they were was a lot more expensiveat £1,300 each). But they’re a nice set of refined, beautifully made and great-sounding monitors.