Have you ever wanted to take recording out into the wild? Mike Hillier gets his motor running and leaves the studio, along with a handy d:vice™… Price £528 Contact Sound Network 020 3008 7530 | DPA Microphones d:vice™ key features Two-channel audio interface Interfaces with iOS and PC/Mac MicroDot inputs connect to DPA MicroDot equipped […]

Have you ever wanted to take recording out into the wild? Mike Hillier gets his motor running and leaves the studio, along with a handy d:vice™… 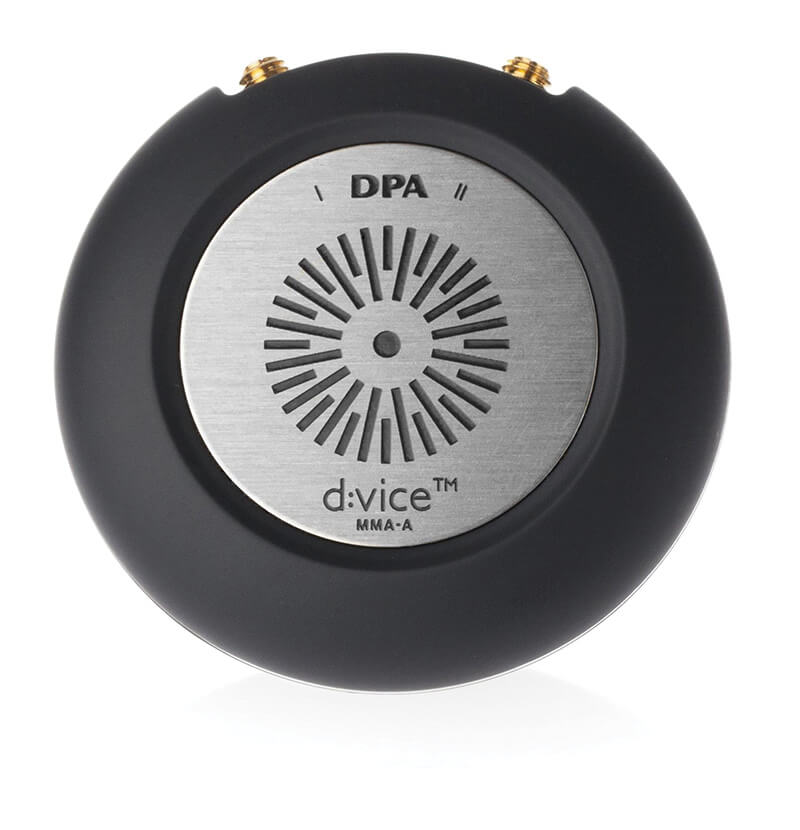 DPA Microphones are known the world over for their open, transparent sound. From recording studios, to tour rigs, TV and film studios and even laboratories, DPA has a microphone for almost every occasion, as well as a huge selection of specialist mounting accessories. Last issue we took a trip to Denmark to see how DPA build their industry-beloved microphones, often utilising microscopes to craft the tiny capsules contained in some of their most acclaimed products.

Many of these incredibly small and discrete microphones are ideal for touring and television use. To facilitate their tiny size, many DPA microphones come with a small MicroDot connector rather than (or in addition to) a standard XLR connector.

All further controls have been moved to the d:vice software control panel, which can be downloaded from the Apple App Store free of charge.

The d:vice app provides control over gain for each of the two mic inputs, and a fixed 80Hz second order high-pass filter for each channel. It’s a decidedly simple app, designed to provide very quick setup for recording, but does require another app to actually record into.

Head out on the highway

We were provided with a DPA d:screet™ 4060 omni lavalier microphone, and a pair of d:vote™ 4099 super-cardioid instrument mics. All of these microphones are terminated with MicroDot connectors, although DPA also included a pair of MicroDot to XLR connectors should we have wanted to use them with any other recording interfaces.

These adapters are important as they enable any microphones purchased for use with the d:vice™ to also be used for your other recording rigs. Among the various mounting options provided to us was a guitar clip for the 4099, so after a little experimentation with mounting the clip to our guitar we set to recording some guitar takes.

There is no built-in headphone jack on the d:vice™, so monitoring has to be done through the iOS device’s headphone port – which means using wireless headphones if you are using one of the more recent iPhones, as the lightning port is needed for the d:vice™ itself.

While we were able to get a recording from our first take, the sound was a little boomy, so we engaged the high-pass filter and repositioned the microphone a little further from sound hole towards the neck. This led to a more detailed recording with less low-end.

Without the additional extender, the 4099 guitar clip doesn’t give you much room to play with (the extender adds another four inches and is available for the gooseneck) so our mic ended up about an inch and a half from the strings. 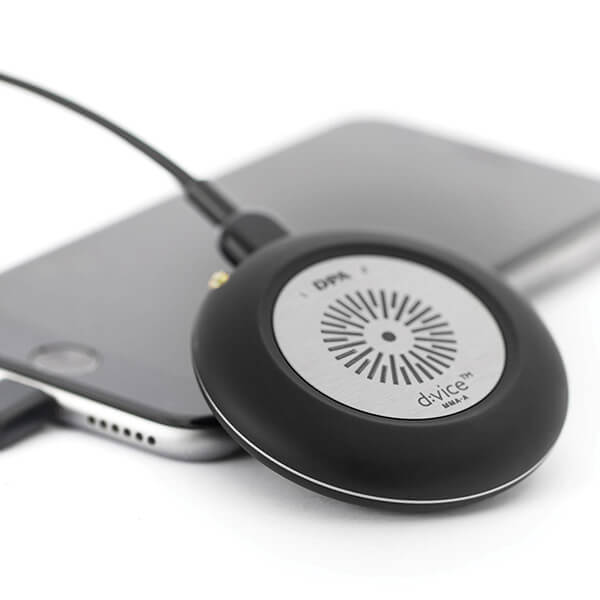 We would usually record an acoustic guitar with more distance than this allows, and with a less directional microphone, so the resulting recording was drier than we are used to, more akin to a DI’d acoustic guitar. However, the 4099 produces a more natural tone than a DI, and we can easily see why this is such a popular mic for live performance.

You really feel as if you can hear the wood of the guitar itself straining at the louder chords, and embellishing the lighter touches. A little additional small room reverb to place the tone in a space would go down wonders, but the signal that we’ve captured is stunning.

Next up we added the 4060 omni lavalier microphone to the second channel and recorded guitar and voice simultaneously. Being an omni pattern microphone the 4060 picks up signal equally from all directions, so we had to move the mic close to the voice and away from the guitar to reduce the bleed.

However, with a little careful consideration of the placement we were able to balance the vocal against the acoustic guitar in such a way as to reduce the need for additional reverb on the guitar signal, as the bleed from the vocal mic now provided a more natural ambience to the guitar. For such a tiny microphone, the 4060 has a full-bodied vocal sound.

I would say that it’s no match for a luxury studio condenser, but it has a very substantial amount of bottom end to it, and generally speaking, size doesn’t affect the quality in any discernible way (DPA stress that Small Diaphragm Condensers are more sensitive across the audible frequency spectrum).

We found the top end to be rich in harmonic detail, if a little nasal. The 4060’s 3db boost in the 8-20kHz range is fairly common, and is designed to bring up the intelligibility (the ’air’ and ’brightness’) mechanically, without also increasing the noise floor. It’s something that is found among large diaphragm studio mics too. 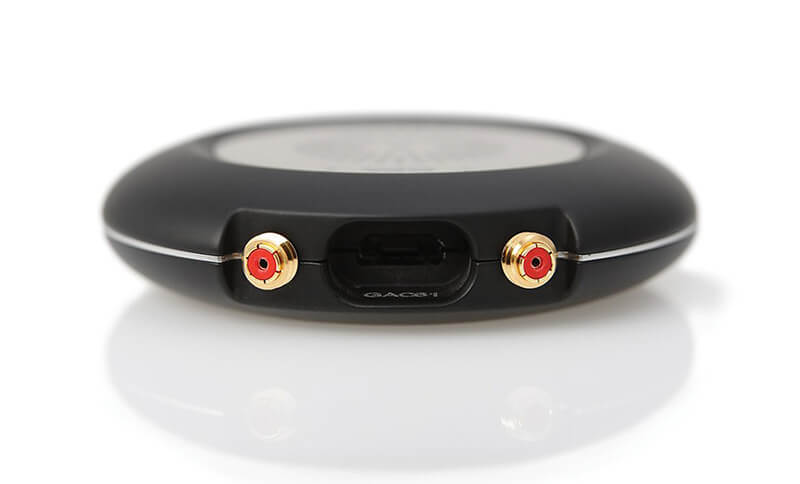 The d:vice™ is among the smallest high-quality interfaces we’ve ever looked at. Though thinking about it, it’s possible that traditional musicians and studio recording engineers probably won’t get as much use out of this as someone who works in film, television or journalism. But anyone who considers Amon Tobin’s Foley Room an influence might want to give it a look.

To get the 4060 into this position we used the stand mount rather than opting to clip the microphone onto the shirt or guitar strap, thus eliminating any need to high-pass the signal on the way in, and preventing the inevitable rustling that comes with lavelier mics.

Recording to an iPad provides an incredible level of portability, far exceeding that provided by even a laptop. It also makes recording yourself a little easier, as you can place the iPad on a table next to you, hit record and off you go.

The d:vice™ MMA-A will fit in your pocket alongside a smartphone for even greater portability still, but we would worry about the lifespan of any cables going into and out of the pocket.

To wrap up our test, we also experimented with various unusual field mic’ing options. Clipping the 4060 to a radiator and recording the resulting sound as we tapped on various pipes. We even took the 4060 and 4099 for a walk, and recorded various street sounds directly to our iPhone, combining the super-cardioid and omni mics to get the best result for each sound we passed.

This is where the d:vice™ MMA-A surpasses the competition. Field recordists are going to want to be first in line for this, as well as anyone working in TV or film who needs instant recording options on the go without the weight of a larger portable recorder. 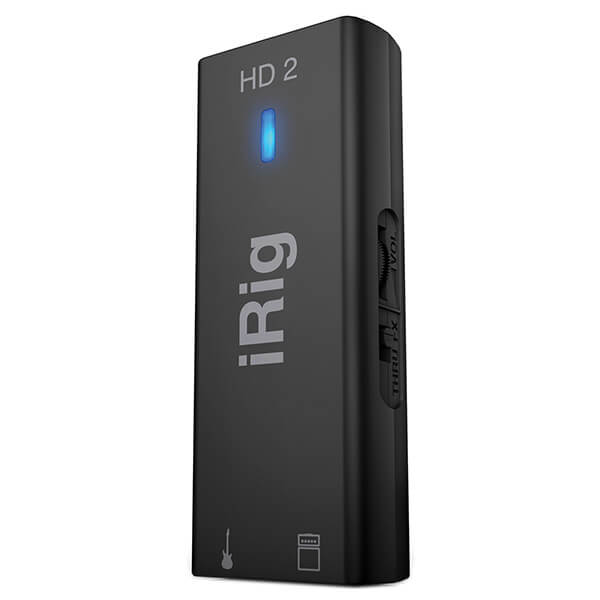 Where the d:vice™ MMA-A specialises in ultra portable recording, the iRig HD 2 is aimed more at guitarists who want to capture their guitar directly into their smartphone or tablet, either for recording or processing through guitar amp apps. 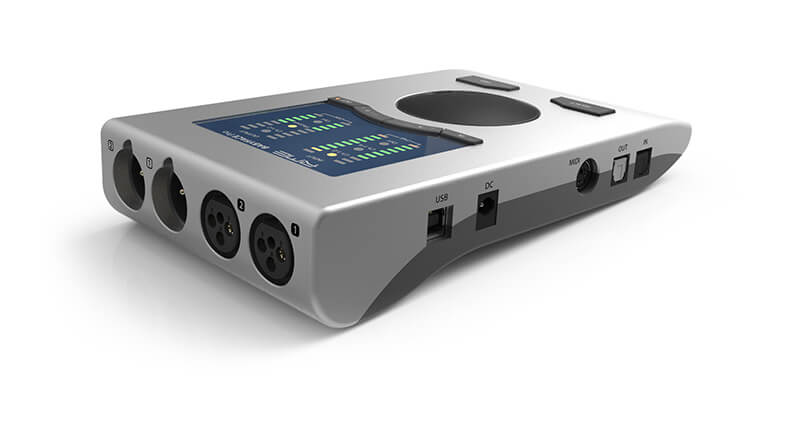 If you are looking for great quality mic preamps, and more traditional XLR inputs, the Babyface Pro is a portable interface initially designed for laptops, it’s just as capable of being used with iPads and iPhones.