Sometimes only a fat bass will do. Hollin Jones gets funky with this hip-hop-based synth plug-in… Details Price £60 Contact via website Web www.dopevst.com Minimum System Requirements  1.7GB Disk space 2GB RAM Windows XP or above Mac OS X 10.4 or above Amazon.co.uk Widgets DopeVST is a relative newcomer to the software development scene, and Bass Engine is just its second […] 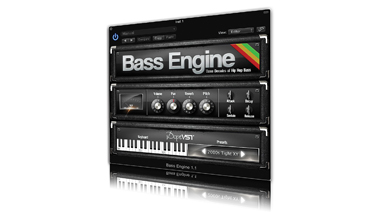 Sometimes only a fat bass will do. Hollin Jones gets funky with this hip-hop-based synth plug-in… 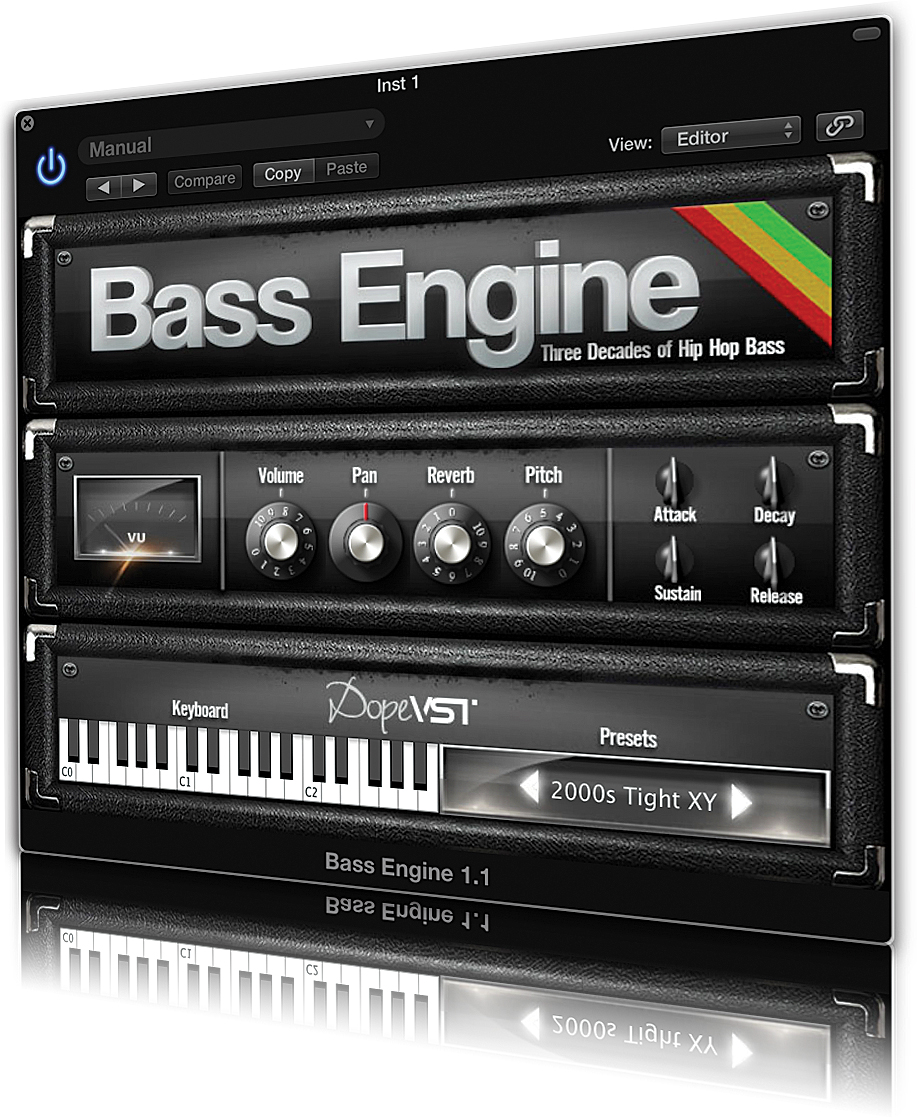 DopeVST is a relative newcomer to the software development scene, and Bass Engine is just its second release. The concept is pretty simple: to give you some of the best and most classic bass sounds from the last three decades of hip-hop without burying you with sound-tweaking options. Although lots of controls can be a good thing, it isn’t always the case.

I’ve lost count of the number of times I would have traded ten oscillator controls for a patch that just sounded brilliant right away without me having to do anything to it. The company identifies this very issue and claims Bass Engine is the antidote to ‘30GB monsters’. But is it?

Down and Dirty
Before we get to that, a few words on the technicalities. This plug-in weighs in at around 1.7GB and comes in 32- or 64-bit VST and AU versions for Windows and Mac OS X as appropriate. It’s not massively complex and as such will run on systems as far back as Windows XP and OS X 10.4, and on relatively old processors. Authorisation is via a serial number and is done locally.

The instrument itself is as straightforward as it looks and uses samples to generate sound. These are stored within the plug-in file itself so can’t be easily separated, but at just 1.7GB per instance they’re not realistically going to present a problem for anyone’s hard drive. There’s an on-screen keyboard or you can of course trigger it from any kind of MIDI control surface and cycle through the 300 bundled presets.

Old Skool
DopeVST has identified three eras of hip-hop bass, and the presets are prefixed with 1990s, 2000s or 2010s – 100 of each. This is actually a really useful approach because it cuts down a lot of time spent looking for sounds. Normally your presets will just have names, and not necessarily particularly illuminating ones. Here the preset names, by and large, give a good idea of the kind of bass you’re going to get.

The 1990s presets really do sound properly 90s, for those who remember what many consider to be a golden age of hip-hop. So here you get lots of record crackle as part of many of the patches, along with upright basses, Moogs, live electric samples and abstract jazzy basses. The hip-hop of the time involved a lot of sampling of old funk and jazz records and that is replicated in these basses, so it’s all very organic and sounds excellent.

Things changed in the 2000s where there was a move towards using hardware bass synths to get a deeper, punchier sound. So, accordingly, the presets here encompass E-mu Mo’Phatt patches, ASR-10 and MPC3000 sampler sounds, subs and fat Triton patches. By the 2010s, things have moved on again and everything has gotten more electronic and club-oriented. So here you will find 15 different 808 sounds, Moog Prodigy subs, Warm MS-20s and all sorts of other heavy, processed basses.

Low Blow
The bass sounds are really excellent, very usable and just as suitable as DopeVST suggests for all kinds of hip-hop, from classic 90s crate digging to up-to-the-minute club bangers. You won’t want to do much to the sound since they are pre-EQ’d, though you do get a few on-board controls. Probably most useful are attack, decay, sustain and release knobs that enable you to alter the envelope of each sound to make it more or less attacking, for example. 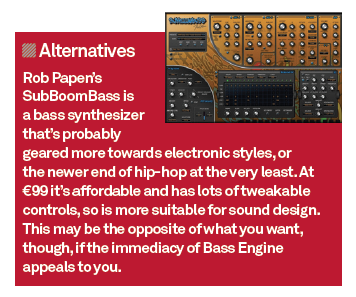 There’s a volume control and a fine pitch control, which would be useful for detuning the sound to match some other sampled material. There are also pan and reverb controls, though these are slightly baffling since reverb isn’t an effect you ever really associate with bass sounds, and panning basses off centre is also a pretty unlikely mixing technique. You don’t have to use them, of course, but a distortion stage would probably have been more useful than reverb here.

As part of the bundle you also get 50 MIDI parts, in a range of styles and keys that you can import into your DAW. These aren’t particularly groundbreaking but could be useful if your playing skills aren’t too advanced.

Bass Engine isn’t really all that complicated. As the developer says, it’s meant to be a collection of highly usable bass instruments for hip-hop, and in that it succeeds brilliantly. For anyone who has spent ages trawling through the preset lists of other, highly capable bass instruments looking for something that worked straight off the bat for hip-hop, this is excellent news.

And for the price, 300 sounds, most of which will drop right into your projects, is a great selection. I’m still not entirely sure why it has a reverb stage or a pan control, but maybe that’s not important since you don’t have to use them. As a go-to, no-nonsense source for excellent hip-hop bass sounds, Bass Engine is a bit of a steal. 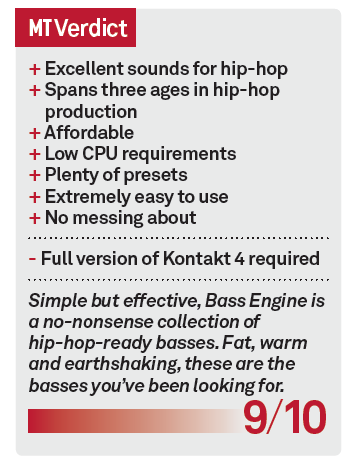 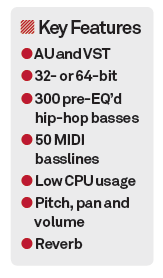