We’ve seen plenty of Minimoog clones in our time, but this sampled instrument from dboxSamples is a little different. dmoox takes its sounds from the Studio Electronics Midimoog synth and includes over 1GB of sampled raw waveforms taken from each oscillator.    Manufacturer: dboxSamples Price £24.90 Contact via website Web www.dboxsamples.com Amazon.co.uk Widgets The instrument loads into Kontakt 4 […] 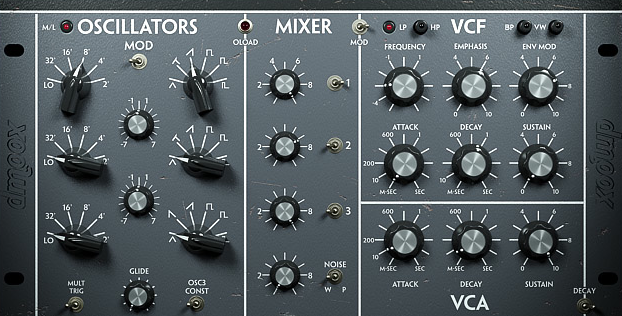 We’ve seen plenty of Minimoog clones in our time, but this sampled instrument from dboxSamples is a little different. dmoox takes its sounds from the Studio Electronics Midimoog synth and includes over 1GB of sampled raw waveforms taken from each oscillator. 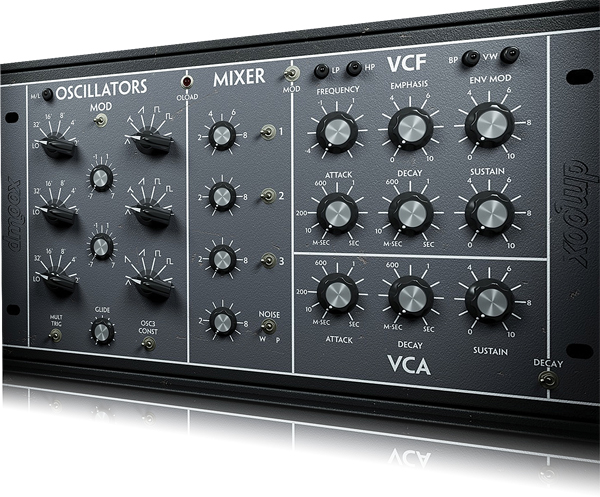 The instrument loads into Kontakt 4 or 5 with a striking, photo-realistic GUI based on the original unit that just begs to be tweaked. Although we shouldn’t let our eyes influence our ears, the graphics do help to emphasise the weighty sound of the analogue oscillators. As multiple notes from each waveform have been sampled for approximately four seconds you get a fairly hefty 800MB of samples loaded into Kontakt for every instance of dmoox. Although this could cause issues if you wanted to build up your track using multiple layers of the instrument, the sound is so large that you probably won’t have to.

The 128 presets cover electro and tech house basses, leads and arpeggios and are expertly programmed with multiple parameters assigned to the mod wheel for added movement. It’s a shame, then, that it’s such a pain to preview them, as you have to wait around 30 seconds or so for each one to load into memory.

The interface is divided into three main pages, with the first consisting of the standard Minimoog-style oscillators, plus noise and a filter with envelope and amp envelope. The filter here, however, includes low-pass, high-pass, band-pass and vowel types. The second page has controls for seven effects including delay, reverb, flanger, stereo spread, distortion and a dial mysteriously titled Magic. This adds three flavours of specially configured saturation and compression that really help to bring the sounds alive. Finally, the last page has controls for an arpeggiator, pitch envelope, LFO, unison and pitch-bend range.

We were mightily impressed with the sounds that dmoox can create, and the well configured FX and superb Magic dial help to add a contemporary edge and a healthy dose of grit. Anyone writing electro or tech house will have a whale of a time with this.

A fat, analogue-sounding instrument with a beautiful GUI. dmoox can create standard Minimoog sounds, but also go far beyond thanks to its well thought-out effects section.