ALK2 is part DAW, part looper, enabling you to lay out your song-arrangement templates before the gig, then record and play loops on cue with a minimum of fuss. 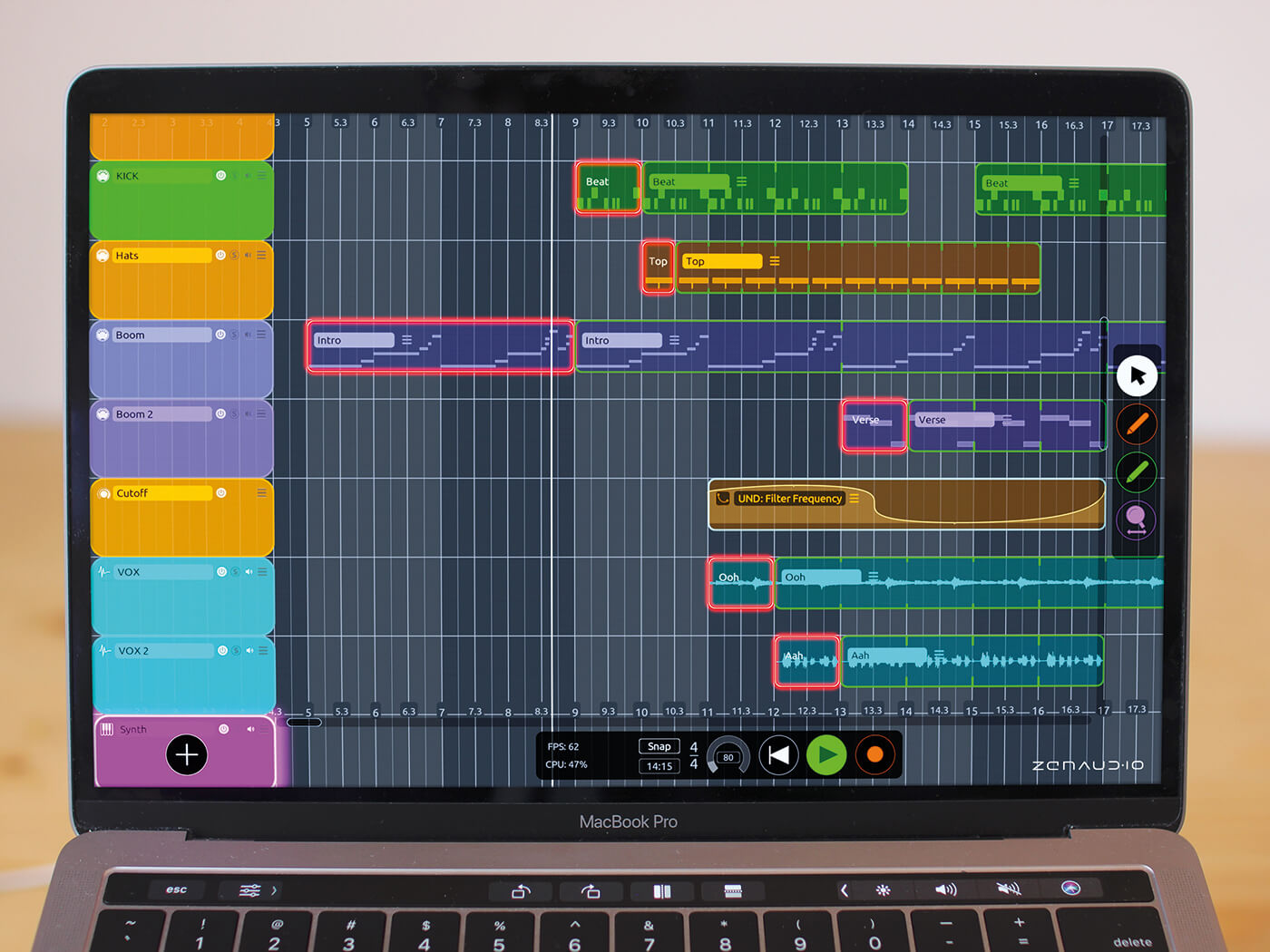 ZenAud.io’s ALK2 is an interesting prospect – it might look like a DAW, but in reality, it’s a very focused software looper that allows mapping of an arrangement timeline of loop locations ahead of the gig. The idea is that you lay out an arrangement, indicating where loop recording will begin and end, across as many tracks as necessary, and then set locations where playback of each recorded loop begins, where effects should activate and so on.

The company refers to this concept as ‘arranged live looping’, and that sums it up well. This is a unique hybrid, taking inspiration from software and hardware to give loopers a new way to perform. And when I say loopers, of course that could be any musician – not just beatboxers – this will work equally well with guitar or any other instrument. In theory, this approach enables you to focus on your performance, without the distraction of remembering your arrangement, or having to faff around with footswitches or other triggers while playing or singing.

ALK2 opens into a left-to-right timeline view that’s recognisable from any DAW software, featuring graphics that we might call ‘pleasantly retro neon’, and maybe a bit iOS-y, as well. By default, one of each type of track is displayed; Audio, MIDI (for software instruments and the notes required to trigger them), Command (for MIDI on/off/trigger-type automation) and Control (for continuous automation, such as moving controls on a software instrument or effect).

There are also Metronome and test-tone tracks. Tracks are stacked vertically, with mixer-type controls, including routing, located at the left. There’s a zoomable grid indicating bars and beats, and buttons at the right determine whether the cursor is active for selection, drawing record loops, drawing playback loops, or zooming. A transport bar along the bottom shows FPS, CPU usage, BPM, time signature and transport controls. All of the main controls are oversized and colourful, which should be stage-friendly.

Record loops (coloured red) are drawn into the arrangement and used to capture recordings and hold them ready for playback. It’s possible to use multiple record loops in one track. A playback loop (green) is then added either further down the line, or in another track. Once transport and recording starts, ALK2 goes into record as it passes through the record loop (denoted by a flashing red border), then it moves on to the playback loop where it’ll play the loop that was recorded earlier. 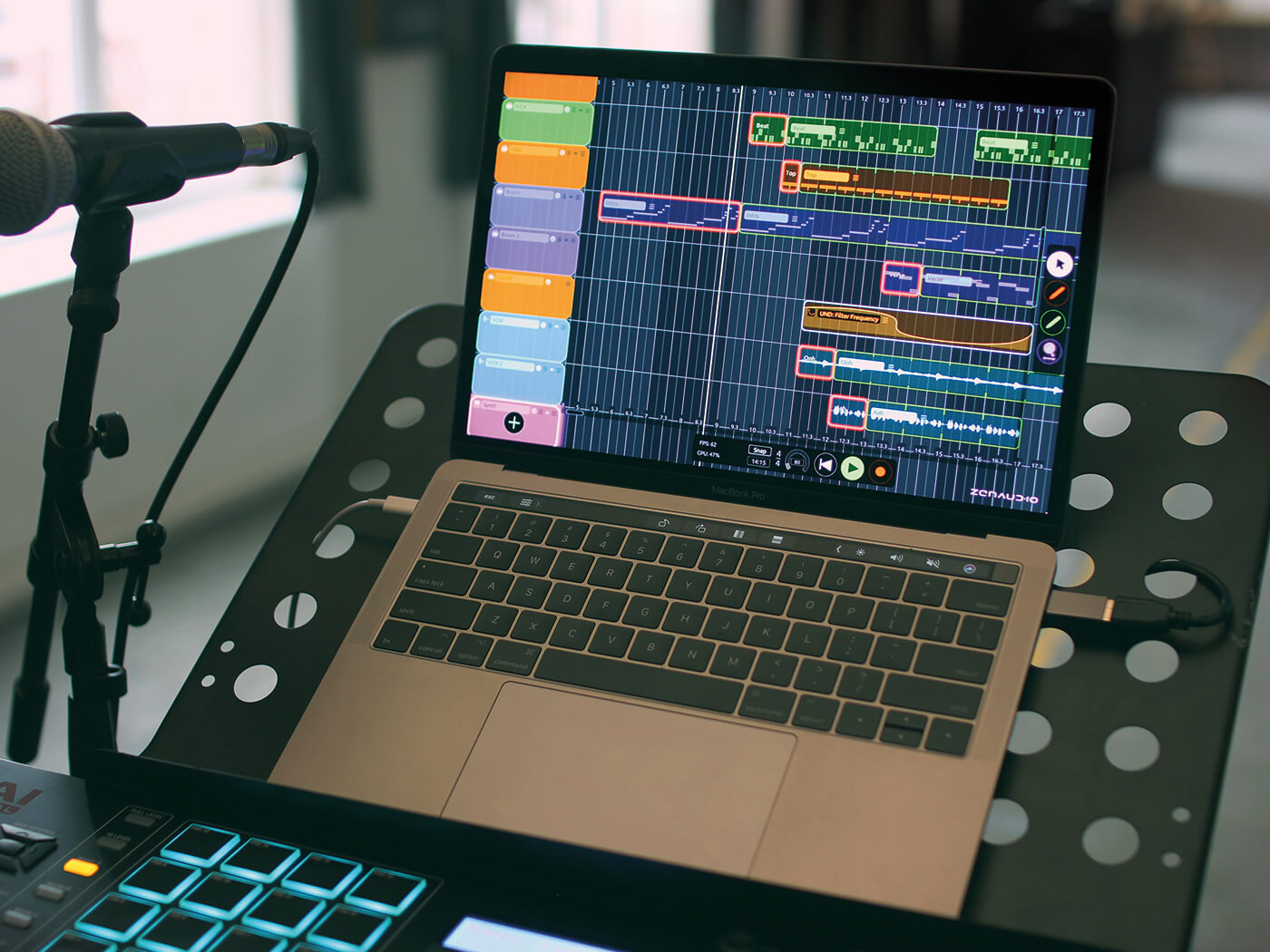 You can manage the links between record and playback loops, and convert a record loop to a playback loop. Changes made to a recorded loop are reflected in the related playback loop. This process works the same way with either audio or MIDI material, but be advised that ALK2 doesn’t include any plug-ins. There are no software instruments and no audio effects, so they must be sourced elsewhere.

More positively, each MIDI track includes built-in quantisation and note-repeat effects. For this review, I’m working mostly with MIDI instruments, just because it’s more practical than using a mic or instrument, but the principles are exactly the same. The MIDI control tracks are interesting; a clip is drawn in (for example) the control track, then routed to the chosen instrument plug-in within a MIDI track, then a parameter is chosen from inside the control track clip and an envelope is drawn. Then, depending where the clip is on the timeline, as the instrument clip plays, those parameter changes are applied to the instrument. It may not have the depth of MIDI control that’s found in a more mature DAW, but this is very much optimised for live performance and MIDI control hardware can be mapped easily for more hands-on activity.

There are definitely good reasons to view ALK2 as a looper for software-instrument users just as much as guitarists or vocalists, and of course MIDI and audio tracks can be looped simultaneously. Critically, the loops in a project can all be different lengths, which is very liberating if you’ve been limited in that regard with other setups. Loops can be renamed, repositioned, lengthened and shortened and locked so they can’t be altered by mistake.
Once an audio loop is recorded, it can be transposed by plus or minus 12 semitones. 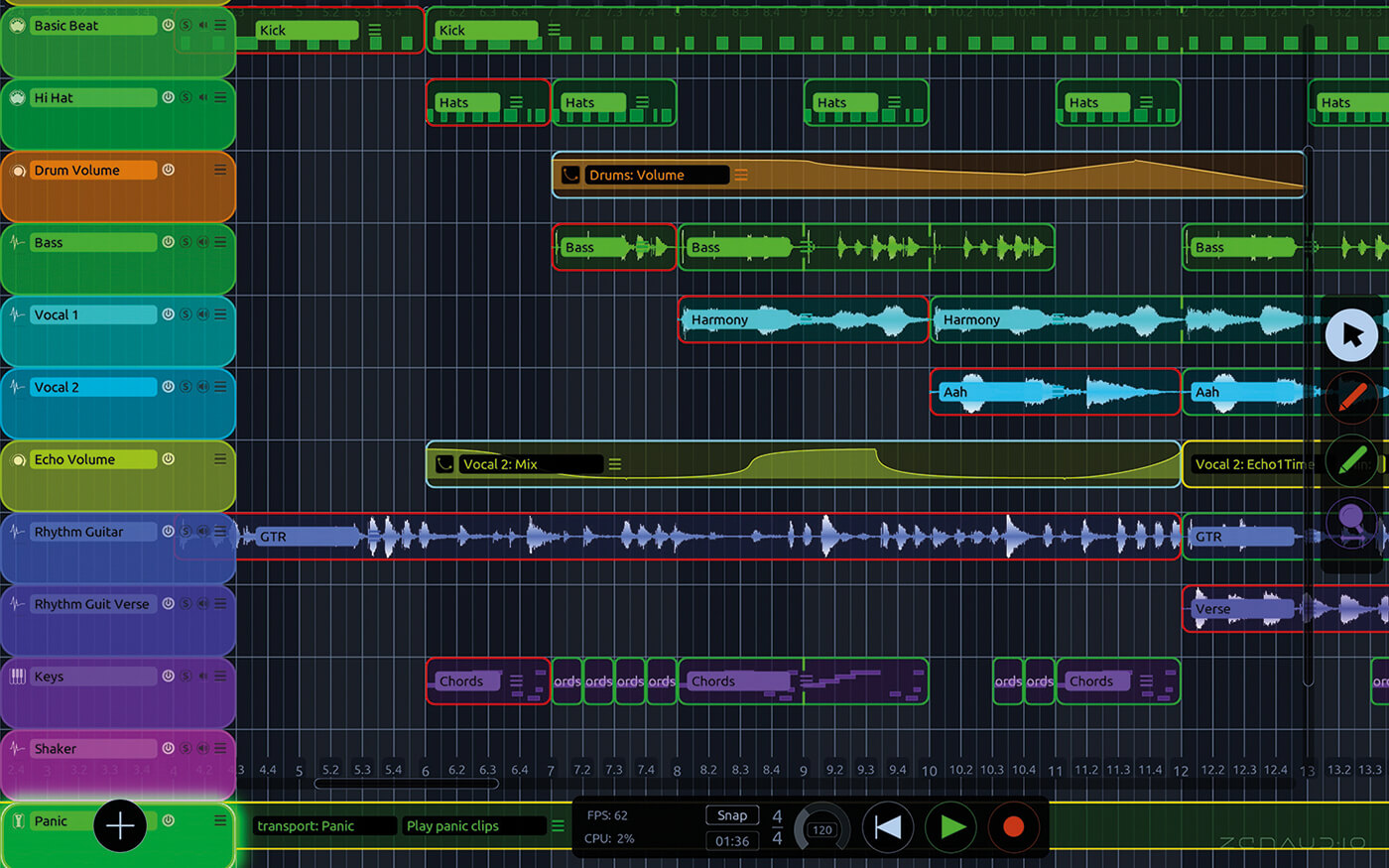 One neat little workflow feature I find is the automatic colouring of tracks with similar functions to each other; so don’t be surprised if you create a new audio track and then see it change colour. If you’re the cautious type, you can cover yourself a bit thanks to the aptly named Panic Mode, which sneakily activates pre-recorded loops if you fudge a take during the gig – it’s a shame we can’t activate one of these in other walks of life.

Many of ALK2’s keyboard commands function without modifier keys, resulting in confusion when long-ingrained habits let you down; undo is simply Z, rather than Cmd-Z, for example and to add an audio track, it’s TNA; I really find myself missing Cmd-H – the usual Mac ‘hide application’ shortcut, which is really essential if using a laptop and managing limited screen space.

Point of no return

I am slightly traumatised to learn that track deletion is not undoable, which seems like a serious drawback. Sure, you get a warning before you complete the command, but from my experience a full set of easily accessible undos is essential. Another issue is that there’s no unified mixer page where all track levels can be viewed together (you can view them one track at a time) – to me that’s a serious shortcoming; an overview of all track activity is more important than ever when the software uses atypical relationships with routing between tracks. You’ll have to decide for yourself how important that is.

Audio and MIDI files can be imported, but there’s no editing available inside ALK2, so you’ll have to prepare them in another application first. Individual MIDI and audio clips can be exported, although if you want to render a full stereo mix of your finished arrangement, it needs to be recorded into another audio track first, in real time, then exported from there, which is clunky and damaging to the workflow. Surprisingly (or not, for Ableton Live users), there’s no way to open more than one ALK2 project at a time and no way to organise a number of arrangements into a playlist.

If you’re a diehard loop artist who prioritises an uncluttered interface, this could be a perfect tool for you. Just remember it is very bare-bones and as mentioned above it’s necessary to round up some plug-ins (though it’s suggested that some factory instruments and effects will arrive in the future), and use other software for audio and MIDI editing. At times, it feels like it’s reinventing the wheel for the sake of it and the non-standard keyboard shortcuts are annoying. This is absolutely not a rival to a mature DAW in any way. However, it does have that potentially killer loop-arrangement capability, so if looping is your thing, you should definitely check out ALK2.

If you’ve got the itch to do some live looping, but going onstage with a full-blown DAW feels excessive for your needs, while hardware looper pedals are too basic, ALK2 puts you right in the middle. It has all the benefits of a computer-based platform and display and that USP of a looping-ready arrangement, while it also enjoys the prime advantage of a hardware setup – it’s quite straightforward to use, and it doesn’t distract you with unwanted features. 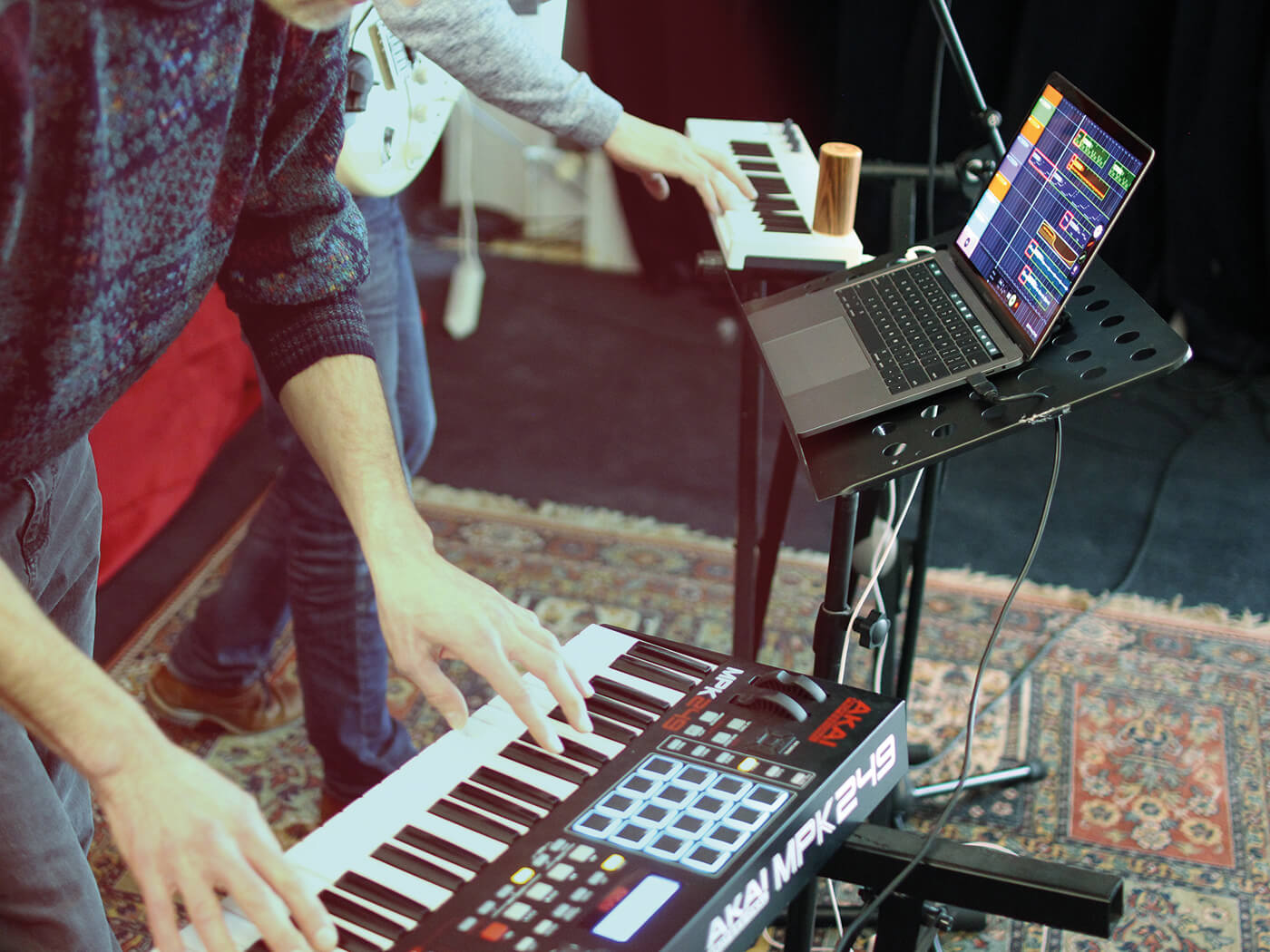 I don’t know of anything else that provides a preconfigured arrangement with automated punch in/out of recording, followed by ‘scheduled’ playback of loops. You could probably get it done in Ableton Live with some automation, but that wouldn’t be such an elegant and focused solution. 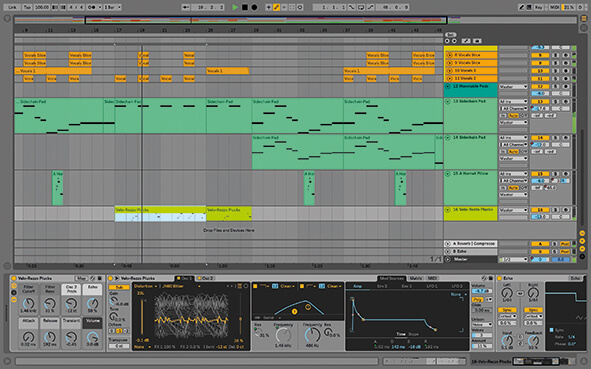 Live is incredibly flexible, and more-or-less equally at home in the studio or on stage. It has the dedicated Looper device, and if you don’t like that, you can record and trigger loops without it in Session View. Versatile, but also complex and more expensive. 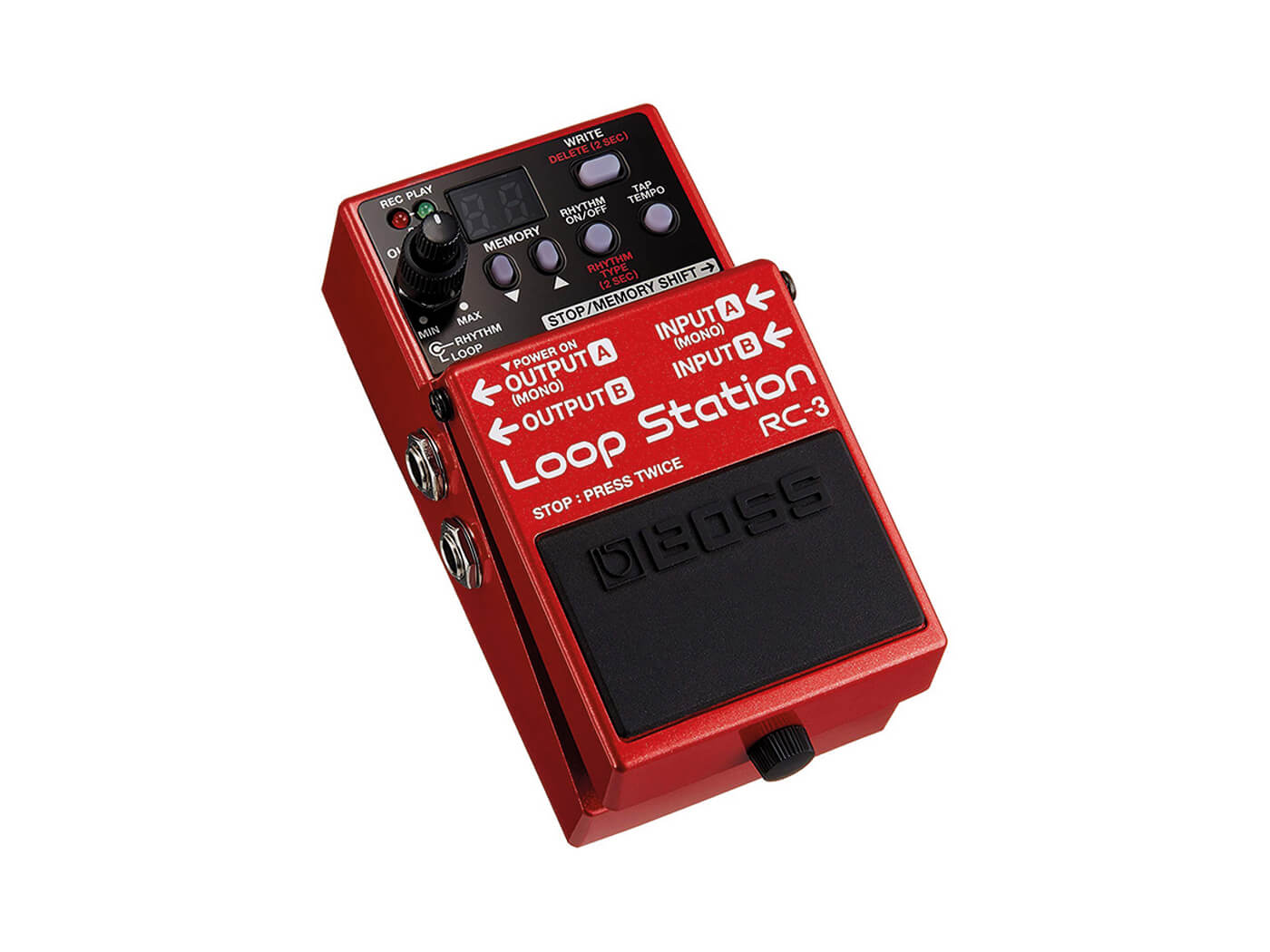 Boss has a comprehensive range of looper pedals, from the rudimentary but still functional RC-1, to the flagship RC-505. They’re all solidly built, as you’d expect with Boss pedals, and whether you’re a guitarist or vocalist, you’ll find something that works for you.