It may not yet be a fully fledged alternative to the most popular DAWs but look beyond Waveform’s quirks and you might be surprised by its scope. We launch into its new update. 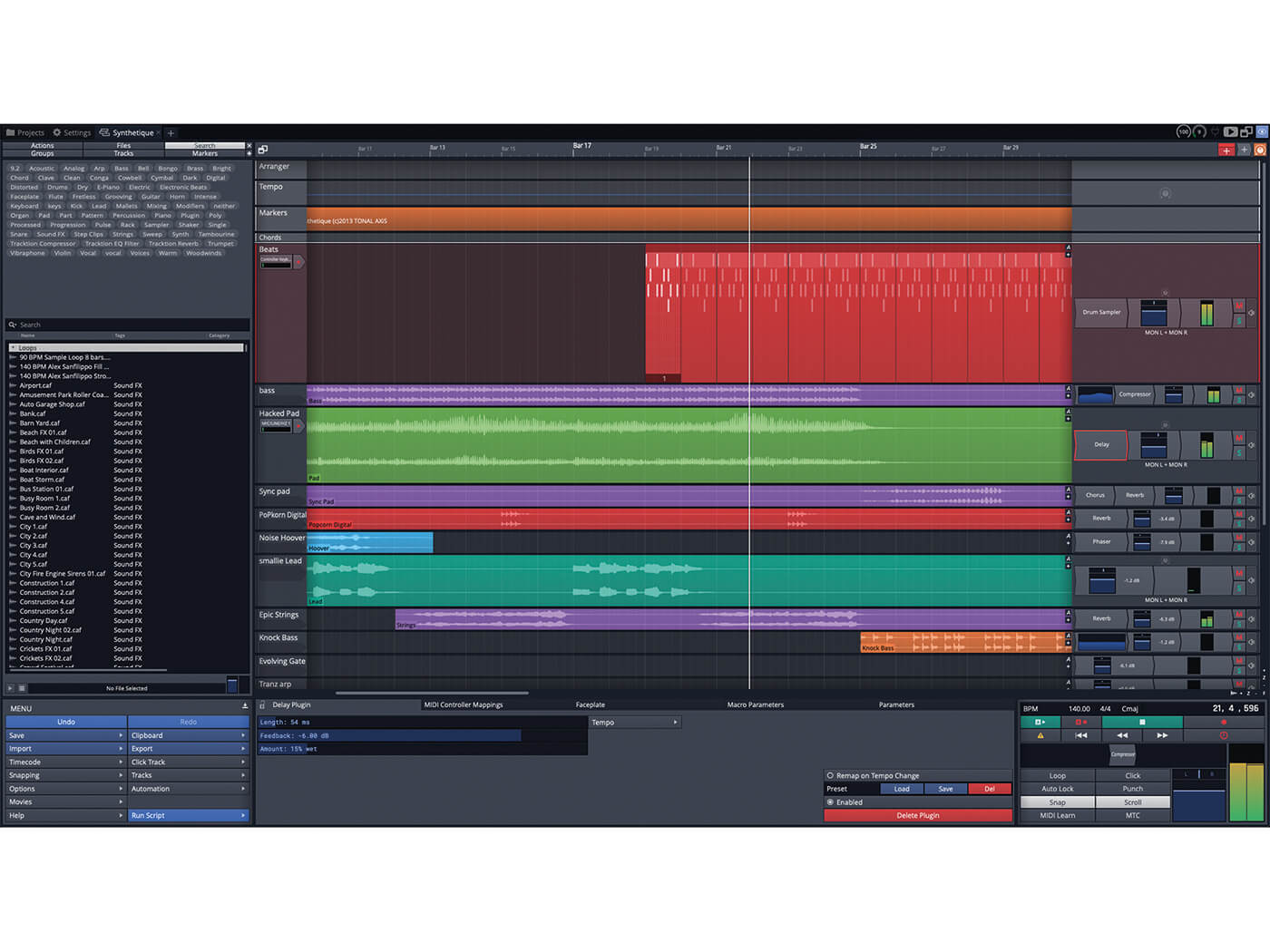 When developer Julian Storer launched Tracktion in 2002, his intention was to create a streamlined DAW that was as easy to use as possible. Out went the complicated pop-ups, panels and menus, and in came context-sensitive controls, drag-and-drop processors, and single-window functions that didn’t send users down rabbit holes in search of their desired effects. Control and distribution of the software was acquired by Mackie soon after launch, in 2003. In the 10 years that followed, though, the US audio company’s interest in the homegrown UK software seemed to wane. Then, in 2013, Storer reacquired the rights to his creation – and gave it a new lease of life.

Waveform comes in three flavours: there’s the free version, more than sufficient for those new to music-making and anyone who simply wants a feel for the software, be they amateur beat-makers or experienced producers; there’s the OEM version, which comes bundled with products from Mackie, Behringer, and Roli; and there’s the Pro edition, which has three tiers – Basic, Standard and Extreme, each sporting varying amounts of bundled content and plug-ins – and is what we’re looking at here.

Waveform is compatible with Windows and macOS, as usual. What might surprise you, however, is its Linux support, tested on both Ubuntu 18.04 and Raspbian 10 (the Linux OS that runs on the popular Raspberry Pi mini computer). Those sick and tired of endless support for the two mainstream OS providers at the expense of lesser-used platforms will appreciate Waveform’s commitment to these fully open systems. Indeed, one of the biggest impediments to the wider take-up of Linux-based operating systems is the lack of professional software available for them – and that lack of availability is, you guessed it, due to the lack of take-up. It’s a classic catch-22. Kudos to the Tracktion team, then, for walking where so many software-development companies fear to tread. We hope others follow their lead.

Once installed, Waveform Pro takes you by the hand and guides you through the configuration process, which will be a godsend for those with limited experience of DAWs. Also useful for anybody new to Waveform is the integrated help system and, if even that leaves you unsure about anything and you don’t wish to spend time excavating details from the manual, there are many official tutorial videos on YouTube, all of which can be conveniently accessed from within Waveform itself. 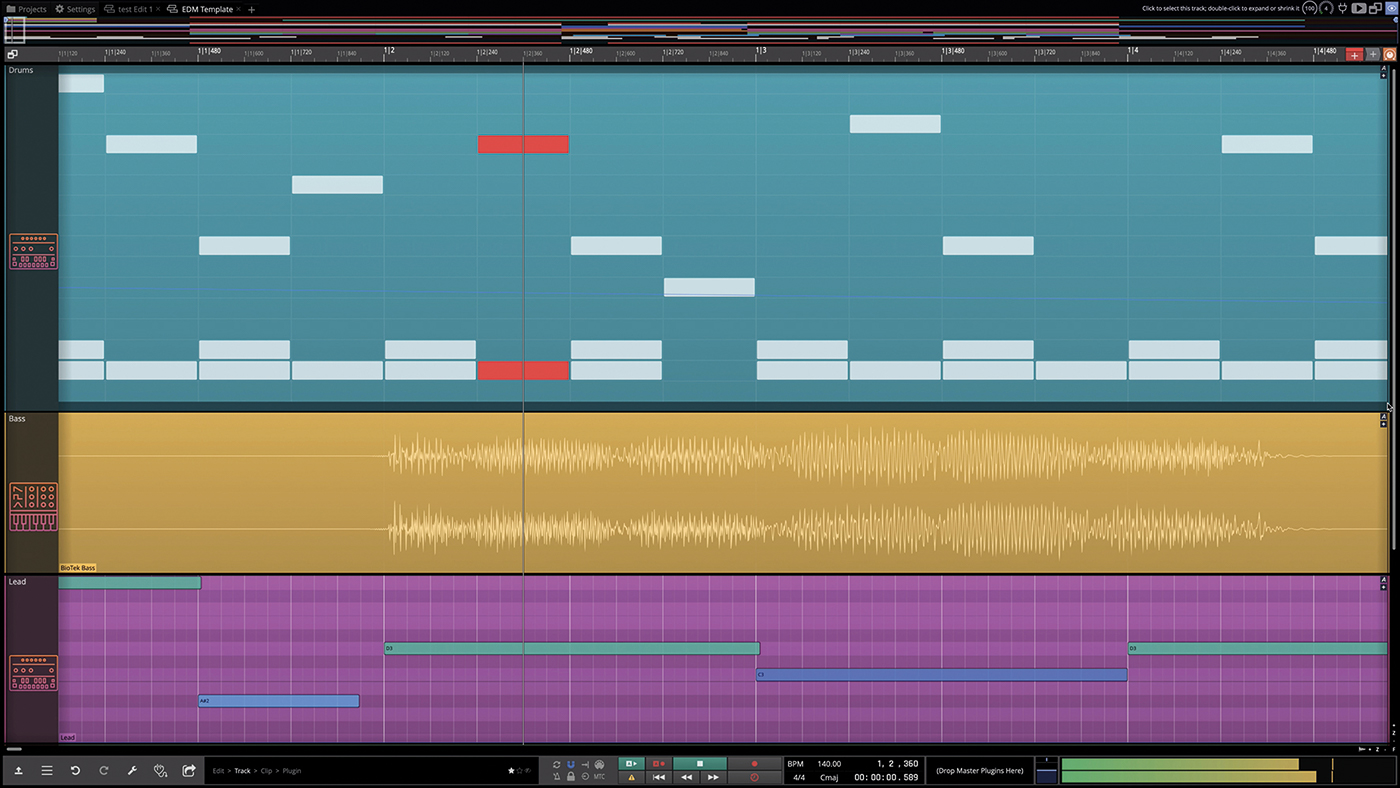 Where most DAWs try to recreate in software something akin to an old-school studio, complete with mixing desks, effects units and lots of signal routing to link it all together, Waveform keeps things simple. For starters, there are no different track types, no divisions between audio and MIDI tracks, for example. Instead, all tracks are able to hold all kinds of content. Said content is arranged in clips, and it is these that bear the types that would in other DAWS be assigned to tracks. Audio and MIDI clips are self-explanatory, then, but there are also Step clips and Edit clips, which require more explanation.

Step clips are essentially MIDI generators, in that they’re used to trigger an instrument or create a control signal. What’s different about them is that they operate like a step sequencer, allowing you to create patterns using a grid-based track view and to sequence those patterns just as you would using a hardware step sequencer. You can add and remove rows – or channels – within the step grid, and exercise full control over the notes and names assigned to those rows.

Edit clips are more unusual still. In Waveform, Edit is the name given to the workspace used during recording and sequencing, and a project can contain any number of edits. An Edit clip, then, hosts one Edit in the timeline of another. This is a fantastic feature, as it allows you to build up collections of loops, sequences and parts, each within their own Edit, and then combine and arrange these in other Edits. 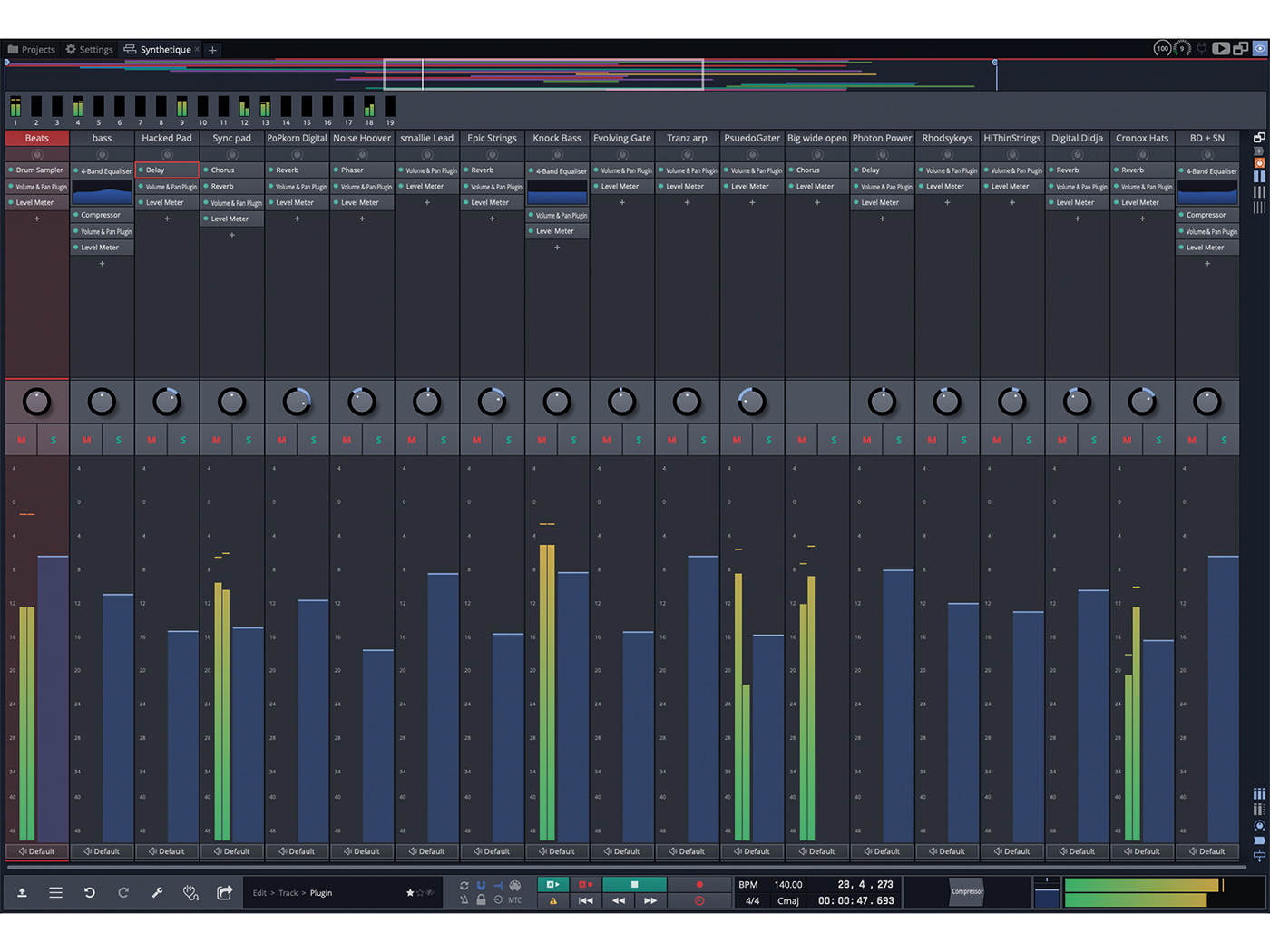 Go with the flow

Waveform continues to break with tradition when it comes to the layout of its tracks and timeline. Track heads are minimalist, showing just the track name, input assignment and level, as well as a record-enable button. The remaining track controls – effects, fader, pan, etc – are located at the end of the track’s timeline, on the right-hand side of the window. This layout is intended to reflect the signal path from input to output but it takes some getting used to if you’ve spent any amount of time with practically any other DAW.

Everything in this right-hand track area, with the exception of mute, solo and output-routing selector, is a plug-in of some sort. Even basic track volume and pan are handled via the volume-and-pan plug-in automatically added to each track. Adding an effect processor is simply a case of dragging a new plug-in module to the desired point in the chain, and then selecting the type of plug-in when prompted.

Just as Waveform doesn’t care what kinds of clips you mix and match on a track, neither is it bothered what sorts of plug-ins you stack up. There are caveats, of course. For example, a track with an instrument inserted on it will happily play MIDI or Step clips, because these output a signal that will trigger the instrument. But any audio or Edit clips you add to the same track will not sound, because their signal will be blocked by the instrument plug-in.

Waveform Pro comes with a decent selection of plug-ins, including plenty of the utilities that provide volume control, channel sends, and all the rest. There’s a wide choice of effects and processors too, as well as five instruments: two subtractive synths, two drum samplers and a general-purpose sampler. The DAW will also happily work with any VST-2, VST-3 or AU effects you have installed on your computer.

With the DAW market dominated by just a handful of big players – Cubase, Logic, and Live chief among them – it can be all too easy to forget that there are other options out there, not to mention other approaches to making music. Waveform does things quite differently, and in this review, we’ve only scratched the surface of these differences. But we’re confident in saying that, almost 20 years on from the birth of Storer’s DAW and despite it being so easy to use, it feels much more modular and therefore flexible than many other DAWs. It has its share of idiosyncrasies, to be sure, but it’s also a stable and capable music-production system. 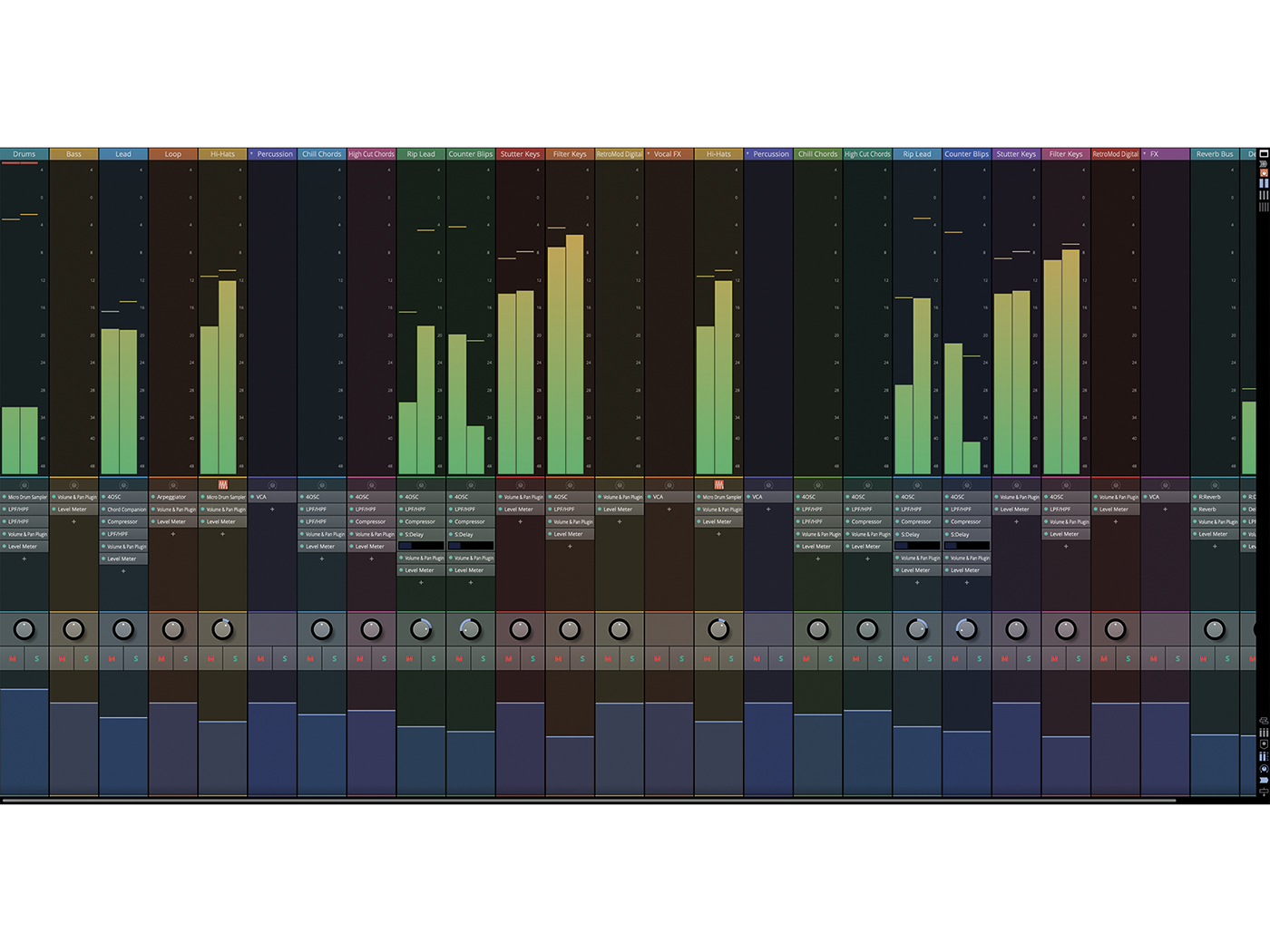 The DAW formerly known as Tracktion is wonderfully suited to producing contemporary music based on loops and patterns. The notion of projects with multiple Edits, and said Edits being combinable within others, is especially suitable for the production of dance and electronic music. The DAW also comes with a library of sample and loop content, and tools geared towards working with such content, such as Step clips and Groove Doctor, which slices and retimes your loops in a REX-like manner.

The type-agnosticism of tracks and processors ensures that Waveform is an approachable proposition for inexperienced users too, as it reduces the initial incline of the audio-production learning curve. The modus operandi may not be for everyone but the risk-free 90-day free trial lets you see for yourself before you commit. 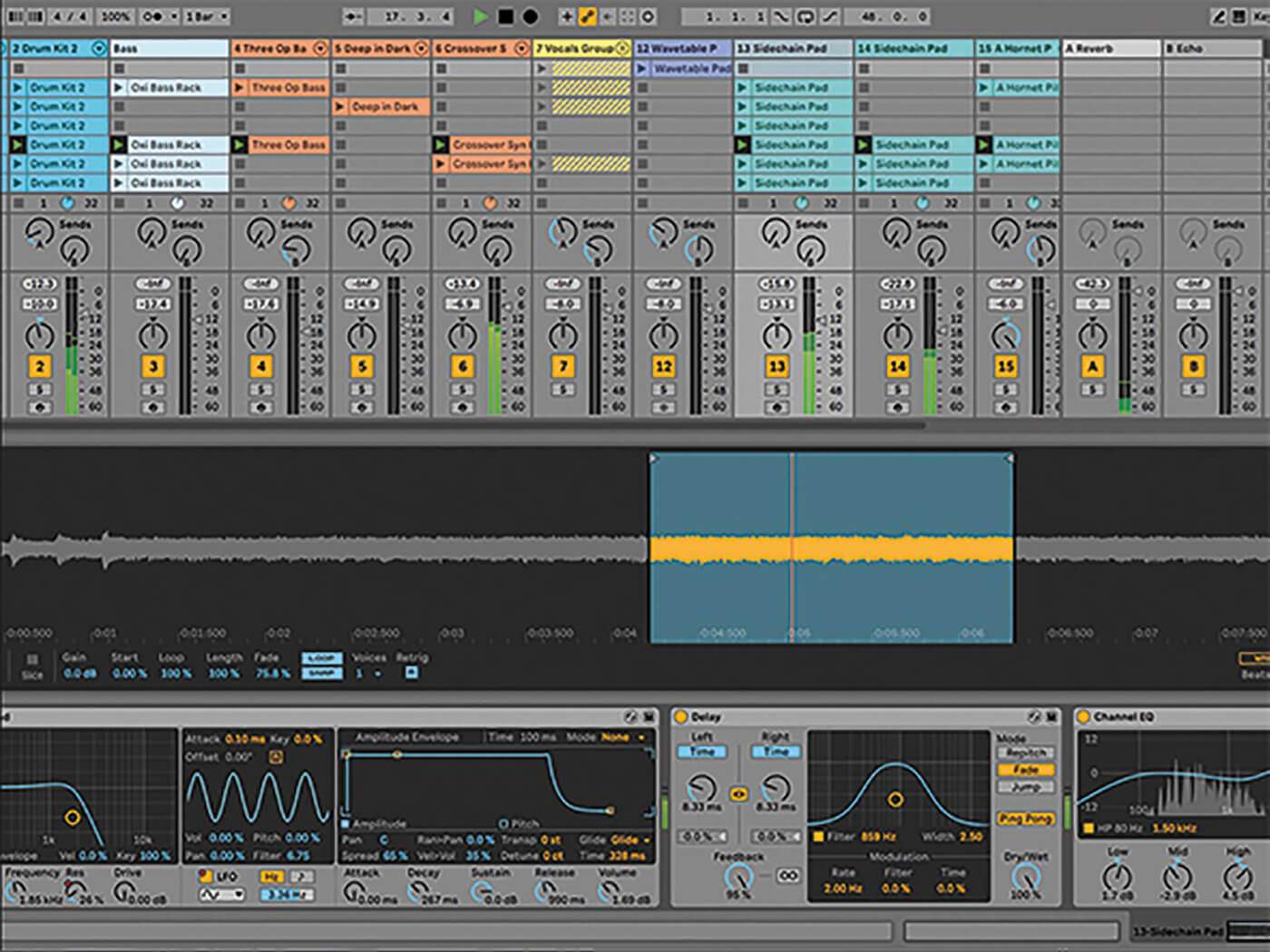 Ableton Live has carved out a niche for itself as the go-to DAW for the sort of loop- and pattern-based production techniques prevalent for much contemporary dance and electronic music. One of its greatest features is its ability to create distinctive arrangements by jamming with loops in an instinctive and organic manner. 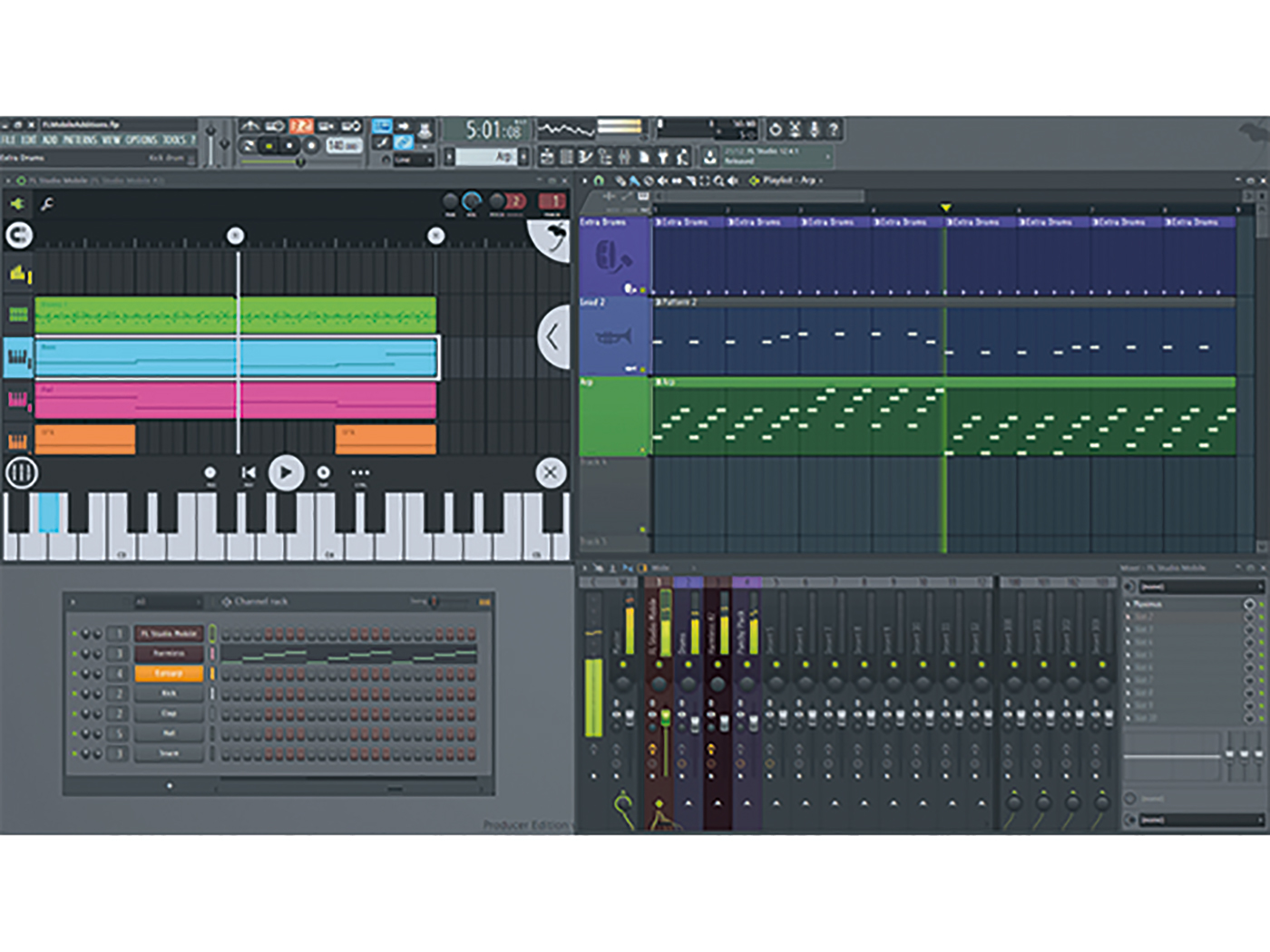 Fruity Loops began as an awesome loop-creation tool but has steadily grown into a full-featured DAW in its own right (without losing its colourful appearance). The desktop version of FL is available for Windows and macOS, and there’s also a mobile edition for iOS, Android and Windows devices.