Is Reason 12 worth the investment to upgrade from earlier versions, or should you wait? 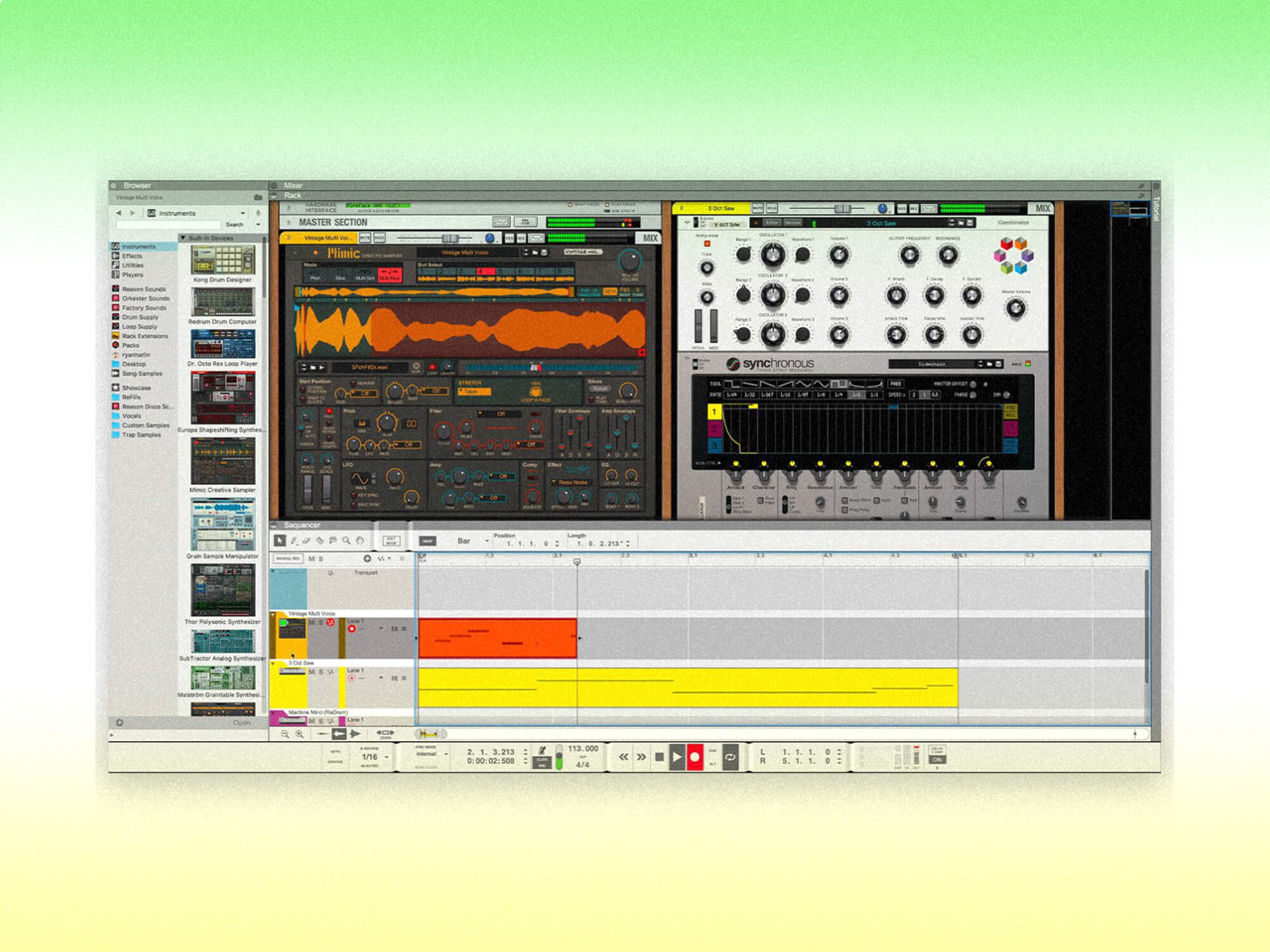 ⊕ Mimic sampler is powerful
⊕ Combinator 2.0 is a vast improvement
⊕ Hi-res graphics/zoom handy for laptop use
⊕ Real-time library search is faster

⊖ No updates to the ageing sequencer
⊖ Only one new instrument

Reason Studios offers up the latest incarnation of its power-packed DAW and plug-in with some added features and several enhancements. But, for many long-time users, it may be not enough to justify the price – yet.

Reason has been around since 2000 and has grown into a powerful digital audio workstation. Likewise, it has developed a substantial fan base. Each version has added excellent instruments and features that have made it a flexible and modular system for music development and recording and has kept users coming back for more. However, Reason 12 feels a bit light on new features.

One major modernisation in Reason 12 is the upgrade to high-resolution graphics on all devices. This makes Reason feel a little newer, allowing you to zoom in much closer, which is a great benefit when producing on a laptop. The Zoom level now goes from 80% up to 240%, making it much easier to see what you’re doing on a tiny screen, especially if you’re constantly on the go.

A huge change in Reason 12 is Combinator 2.0. Finally, Reason Studios has made it possible to create your own custom Combinator panels with as many buttons, switches and sliders as you need to link to all your functions inside the Combinator. Combinator 2.0 is also resizable from 1U up to 6U. It also features a built-in mixer and more CV Inputs. Of course, you can still add any instrument or effect inside a combinator (including third-party VSTs), but now it’s even more flexible.

Reason 12 only features one new instrument: Mimic Creative Sampler. This gives you more flexible sampling in the Reason environment. Although users have had the NN-19 and NN-XT samplers for many years now, Mimic is based on creative sampling techniques that make it easy to experiment and develop entirely new ideas. Sample directly or load your favourite samples in Mimic. You can even drag-and-drop samples onto the interface. Mimic has eight slots where you can load samples and then gives you four different playback modes for those samples:

Pitch Mode lets you play the sample melodically. There are movable start and end locators for determining how much of the sample plays. Once you’ve determined this, you can play the sample over the whole keyboard range.

Slice Mode automatically slices up samples and assigns each slice to a key. It’s hardly a new idea, but it’s ideal for loops, letting you rearrange beats for hip-hop. And the ability to manually add and remove slice markers makes it flexible and highly playable.

Multi-Slot Mode uses Mimic’s eight sample slots, turning the instrument into a traditional drum machine. The slots are mapped up the keyboard, chromatically from C1 and never change pitch.

Finally, Multi-Pitch Mode is for layering sounds and creating splits. You can set key ranges for each slot so you can layer different samples or set them into different ranges, with or without overlaps.

Each of these modes allows you to adjust a multitude of parameters (filters, envelopes, sample editing functions, effects, modulation routing and more) for each sample. There are tonnes of sound design and performance options – certainly enough to keep any beatmaker engaged.

There’s currently no way to export sliced samples as a MIDI or REX part to be dragged onto a track. This feels like an oversight, given that other Reason devices allow you to do just that.

For example, slicing up a loop and then exporting it to a track as a MIDI part would allow you to rearrange it as you see fit. We found the only way to accomplish this was to perform the slices on the keyboard in record mode.

You also cannot process the individual slices. In the Dr.OctoRex device, you can mangle every slice (up to eight of them) and even route them out individually on the back panel for further processing. It’s a little baffling that this isn’t possible on Mimic. We can’t even find a way to export the sample once you’ve sliced it. This is disappointing. Perhaps we’ll get some of those missing features in future updates!

More fundamentally, users have complained over the years about the lack of updates to the sadly-neglected sequencer. Other DAWs have moved light years ahead in capabilities, while Reason’s sequencer has remained largely unchanged for quite some time.

To be fair, Reason Studios’ CEO, Niklas Agevik did say in a post on their blog recently that they’re working on several things that should be released as updates soon including Native M1 support, more styles for the Combinator 2.0 and VST3 support (slated for January 2022)! He has also said that they plan to be transparent about what they’re working on and will be soliciting feedback from users to help them pave the way for the future of Reason. There’s also the fact that Reason is now a plug-in itself, rendering the need for a sequencer a little less important for many users.

For producers looking for a new DAW, Reason 12 is a brilliant buy. Its modular environment, loads of instruments (19), effects (28), and utility and MIDI FX devices give users much to work with.

The best buy here is the Reason+ subscription. Not only do you get Reason 12, all the instruments and effects and new weekly sound packs, you also get the Reason plug-in, which you can use in any DAW – all for one low monthly price. However, long-time Reason users may want to wait a bit longer.