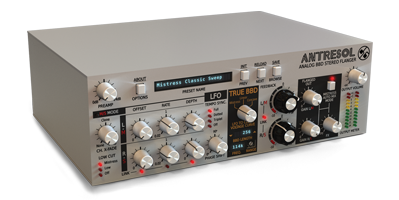 Flanging isn’t just a relic of 70s guitarists with big hair, it can add warmth and character to any track. Hollin Jones rocks out with D16’s Antresol 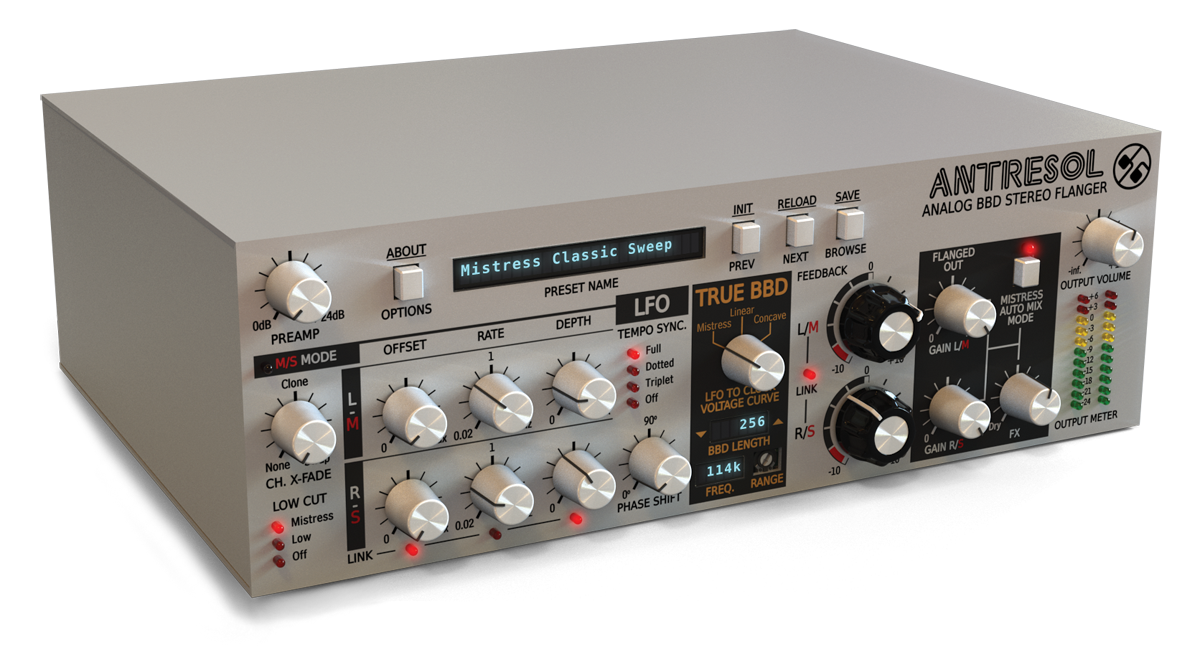 In the days before software, musicians had to rely on a smaller pool of effects to process their instruments. This usually meant finding more creative ways to use them, since the more you had to buy, the more money and space it took.

Flanging is perhaps most often associated with 70s guitar sounds, and indeed it was popular in that era, but as a staple studio effect it would also be pressed into service on all kinds of other sounds. It’s actually useful for a range of things, from warming up vocals and synths through to full-on psychedelic drum processing. You wouldn’t use it on everything in a track, but then that’s true of any modulation effect.

Polish developer D16 makes some interesting synths and effects, and the Antresol is its latest, joining a select group of vintage emulations. It’s a reincarnation of a 70s stompbox, but with added extras we’re used to seeing when iconic gear gets ported over to the software world.

Part of its character comes from an emulation of an impulse-controlled, solid state analogue delay line (also known as a Bucket Brigade Device), which adds warmth to the processed signal.

Classic Looks
The look of the interface is almost photorealistic in its depiction of a brushed metal, retro effect or hi-fi unit. Presets are dealt with in a separate window, grouped into sections using editable tags. Since it’s a powerful effect, the available presets go beyond simple variations of flanging and include things such as bitcrushing and stereo effects.

You can switch the plug-in to display at a larger size, which is handy when you have some screen space to play with. MIDI learn is also supported and easy to access.

You get a preamp control and buttons that can be used to access settings and presets, plus a cool preset name display field. Under this are controls for the left and right, or middle and side channels, depending on which mode you are working in.

Since flanging occurs over time, there’s a tempo sync feature that lets you sync the LFO to a specific resolution or to let it run free. The phase shift knob lets you control the relative phase shift of the LFO’s oscillators between stereo channels.

Buckets of Character
Antresol processes the two stereo channels separately, and although the LFO generators are linked by default they can be unlinked to work differently.

The BBD section is explained in mathematical detail in the manual, but it’s not strictly necessary to understand what it’s doing in order to have fun with the effect. You can switch its shape, including a Mistress option that emulates the pedal on which the Antresol is based, and set length, frequency and range. The feedback section varies its function, depending on whether you’re in stereo or middle/side mode.

There’s an FX block section where you can set the dry/wet blend, gain and use Auto Mix mode, which mixes dry and wet signals at a random ratio based on feedback loop parameters.The signal then passes to an output stage, where there’s a volume control and a retro level meter.

Antresol is a powerful flanger that’s capable of far more than you might imagine if your only contact with flangers has been either a guitar pedal or the standard model that came with your DAW.

There’s a great depth of programmability, and those with an interest in signal processing will enjoy getting into the finer details. If you’re not into graphs and just want to call up a cool preset, that’s possible too, and the controls are easy enough to work with if you use your ears as a guide rather than doing the maths.

As well as the conventional effect you get with flanging, this is capable of a decent selection of characters, from bitcrushing to subtle warming, stereo processing and lending a retro character to anything you put through it. It’s a great way to add classic character to your productions without breaking the bank 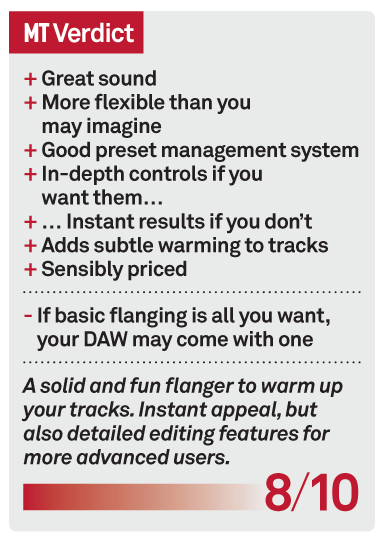