Australia-based sample company CSS brings us the latest addition to its impressive product line of libraries for media scoring. We get brassy. 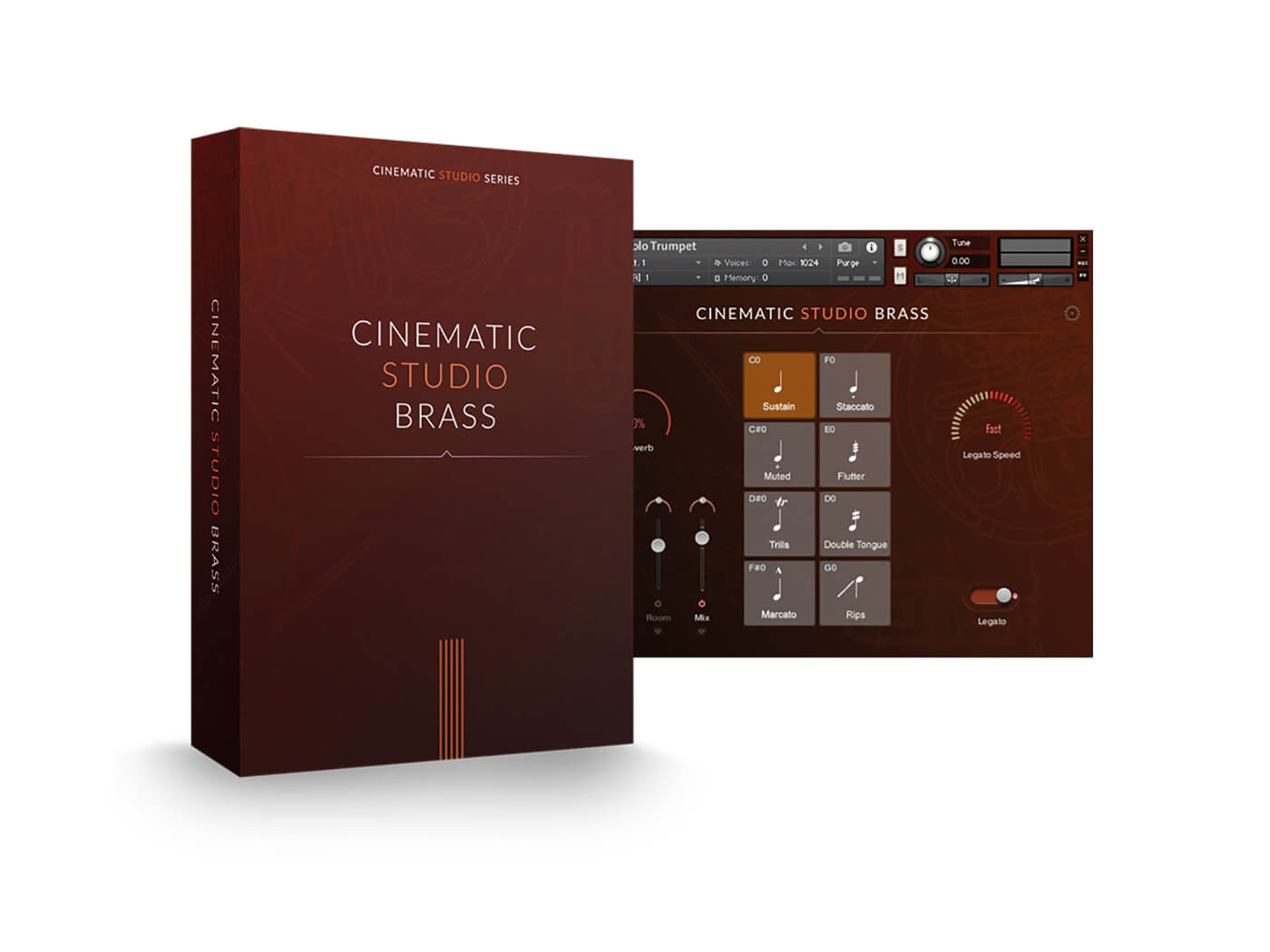 Speaking as a trombone player, I’ve always had a little bit of a love-hate relationship with brass libraries. Both the timbre and articulation can be very difficult things to get right in software, but CSS has great form, as we have seen with its other libraries, so the anticipation factor is high for Cinematic Studio Brass.

This library has been a full three years in the making, with capture sessions taking place at Australia’s premiere scoring facility. Straight out of the box, you can guess that the sonic makeup will largely be dry, making it perfect for commercial work.

The brass-section lineup is pretty traditional, consisting of two trumpets, four horns, two tenor trombones, one bass trombone and a tuba. Each instrument is also available in solo form, with a very helpful full ensemble patch, if you just want to do epic from the get-go.

The one trademark that CSS has really nailed is the company’s user interface; it’s larger than some other player windows, but not huge, and all space is used both effectively and economically.

Patch selection is made in the usual way, through Kontakt, with articulations being available from the centre of the player panel, via onscreen buttons. These are also available to keyswitching, either through the lower octave of your keyboard, or via the assignment of a MIDI CC controller. 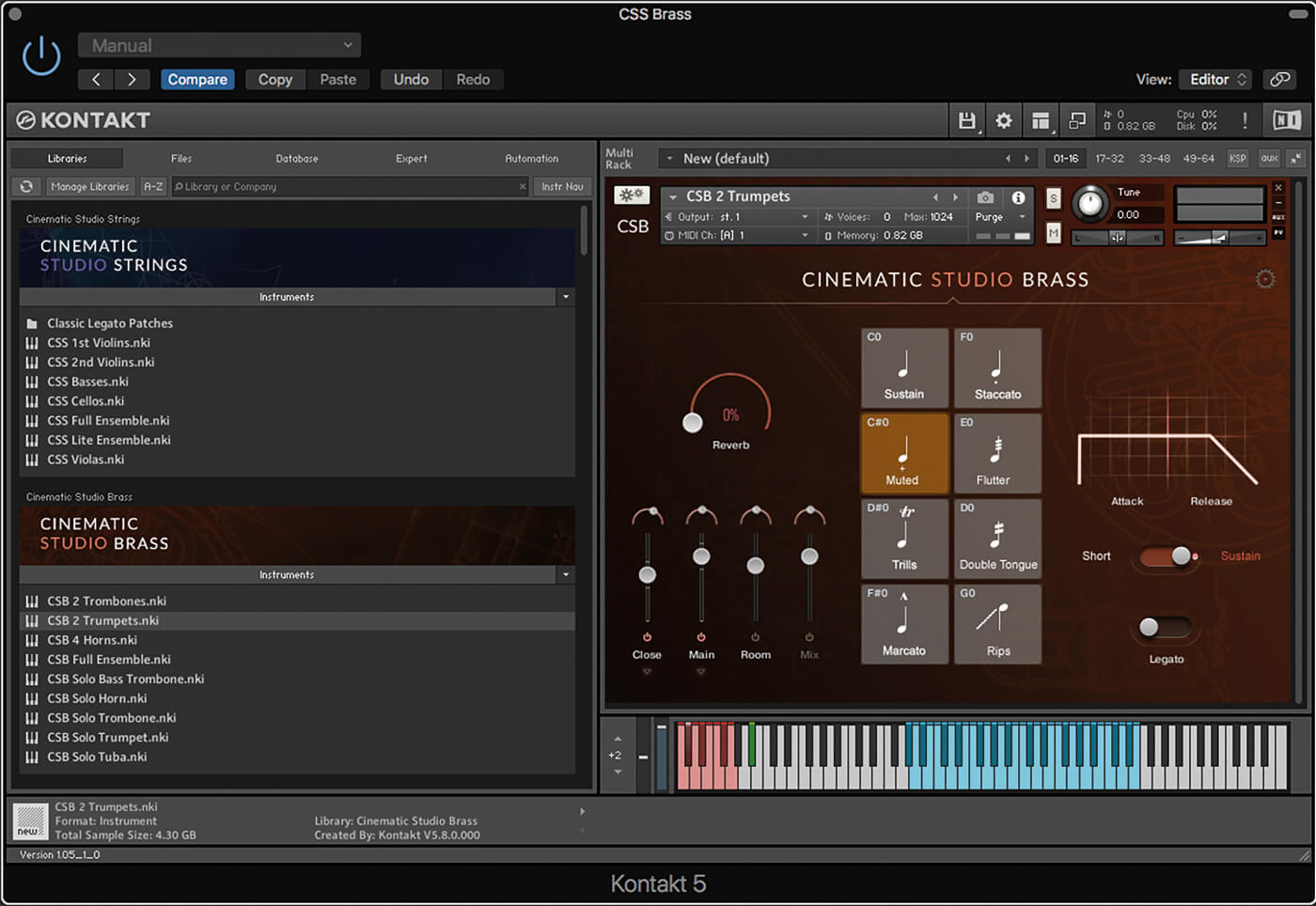 Calling upon the Solo Trumpet patch, my first favoured test is to hear the legato; it’s sublime and impressive, with no hint of swelling as you move from note to note. Over on the left of the panel, there are faders to control the blend of Close, Main and Room mic’ing, with a main mix fader providing a one-stop solution. This sounds great, with the ability to add a further degree of reverberation from another source.

The flexibility of working with the three independent non-mix faders can yield some fantastic sonic possibilities. You can really hear the room excite under playing, while the combination of the Close and Main Decca Tree mic’ing presents a great timbre for commercial work; enough to cut through the mix, but with plenty of ambience.

Moving onto the Two Trumpet patch, it’s a similar story sonically, but with the two instruments blended, it’s got perfect soundtrack potential. By default, the mod wheel (MIDI CC 1) is set to control timbral dynamics and is pretty smooth, with the occasional moment where you might have to be careful to limit the exposure of the crossfade.

If placed at zero, the sound disappears completely, but placed in the lowest audible dynamic range, it sounds absolutely stunning. Slightly increasing the dynamic throws open something highly usable, reminiscent of Born On The Fourth Of July.

Where things get really clever is with the use of the GUI; unlike some other libraries, selecting the Sustain patch will allow the placement of chords with an immediate attack/release envelope open to tweaking, but flicking the rather obvious Legato switch will put the sustain patch into Monophonic mode, engaging those beautiful legato nuances as you move from one note to the next.

Moreover, if you play more aggressively, the legato will respond in speed, making it even more realistic. Couple this with the dynamic control, and you’re quickly heading for real brass nirvana.

Moving on to the Staccato patch, you don’t just get one short articulation, but four. In this setting, your keyboard velocity will inform the dynamic and timbral volume, while the mod wheel will scroll you through the four available note lengths and types. In its lowest setting, round-robin short-note repetitions can be accented by note velocities, or you can move the mod wheel to pick out the odd staccatissimo, staccato or sforzando. All offer varying colour and note length.

With similarities, but by contrast, the Double-Tonguing patch represents a brass players’ trick: when playing short notes fast and in succession, there’s a limit to what is humanly possible in terms of speed, so a brass player might adopt the use of a technique known as double-tonguing.

What CSS have done here is provide this patch with control for number of repetitions from two, up to nine, which falls uniformly into duple-time constructs. It’s also possible to hold indefinitely, or control the number of tonguings from the mod wheel. This is real game changer, with the way it’s implemented speaking volumes about the quality of the CSS GUI.

Moving away from the Trumpet section, the Horns sound beautifully majestic with very little lag, which can be a common complaint when using horn samples. Increasing to the maximum dynamic, they don’t sound raucous. They’re more full and weighty, with a stunningly convincing legato if you rip upward over a larger interval in the upper register.

The Trombones are a similar story, although I was aware of a little more lag in the articulation within the legato setting. One thing I notice with many orchestral libraries is the sense of lag that you can hear when triggering, particularly with legato patches. But in contextual use, I found Cinematic Studio Brass to be very consistent. Once into a legato phrase, timings are pretty consistent. 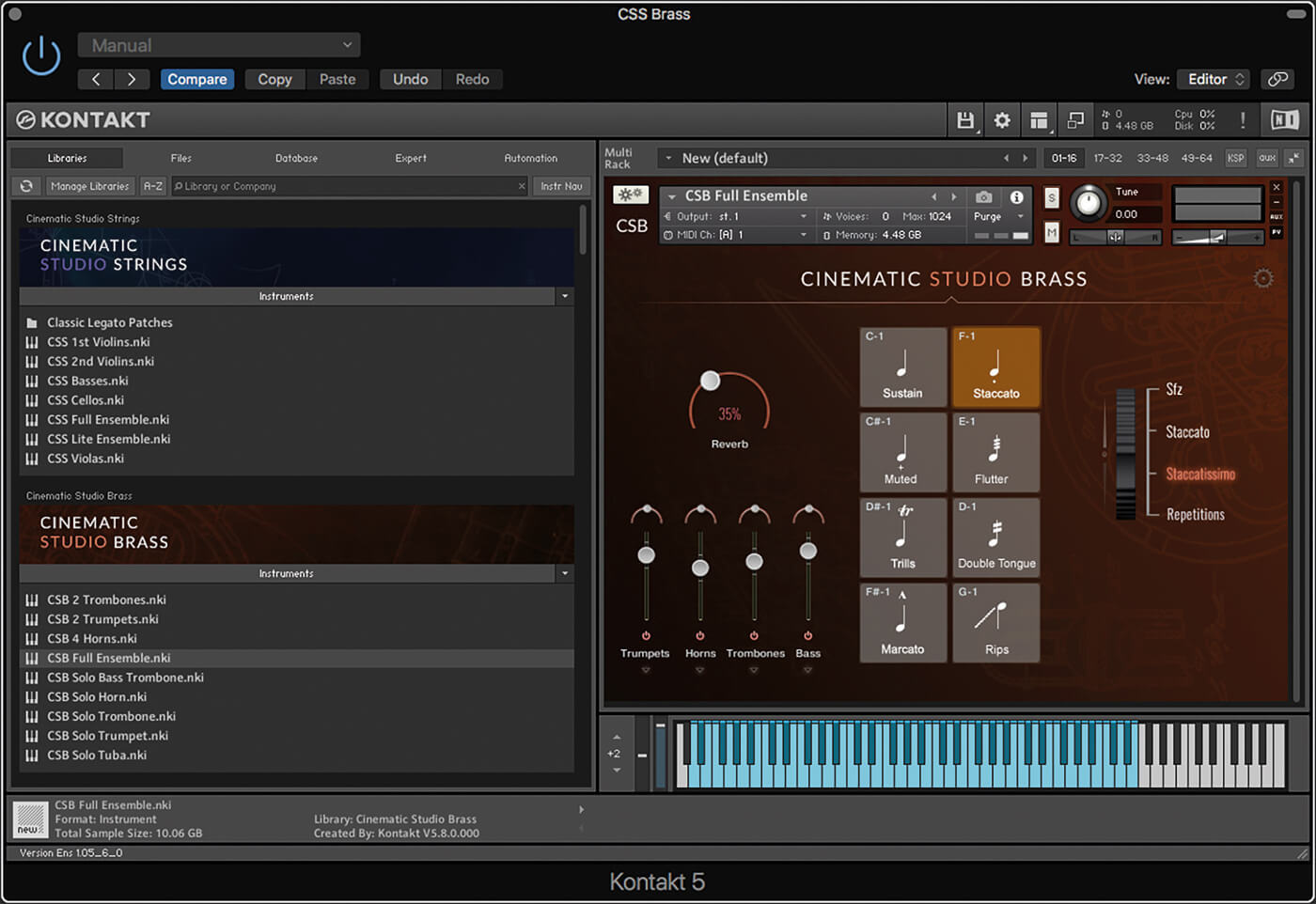 All the aforementioned instruments are open to patch selection in either solo or section settings, with panning applied as if in a traditional orchestral setting. Moving lower still and the tuba and bass trombone also sound very weighty, while only being available in solo-part form.

The bass trombone has the ability to step back dynamically, or rip through with great brightness in the Marcato patch. The tuba is a little more subdued, mainly due to the timbral nature of the instrument, but will shore up the section beautifully.

I see CSS Cinematic Studio Brass as something of game changer, largely due to the implementation of its interface. It’s so easy and effective to use that you begin to wish all libraries offered similar degrees of control and flexibility.

I did find that some of the instrumental ranges fell a little shorter than expected, such as the trumpet stopping on Ab2, rather than the more usual E2, but then it does also extend very high, and other instruments such as the horns could easily take up the slack. I was also aware of the occasional cycling in the louder sustained samples, but it’s almost beyond the realms of what is humanly possible for a player, so it’s unlikely to be an issue if you are looking for realism.

The inclusion of a Full Ensemble patch also makes it very easy to sketch out ideas and sounds epic to boot, while the plethora of other articulations, such as Rips and Flutter Tongues, make this very comprehensive. CSS Cinematic Studio Brass is an impressive library on all levels, which definitely has the capacity to seriously streamline workflow. CSS’s great form with sample-library production continues and my relationship with this one is most definitely love-love.

This is a truly excellent package, but it’s important to point out that it is an orchestral library, and not something suitable for what you might call ‘pop’ horns. It is also quite traditional in construct, using what you might regard as a traditionally sized section.

It’ll do a great job of sounding huge and will sound very musical with it, but doesn’t cater for those epic Hollywood ‘braams’ that have become an often-overused calling card in certain films. Cinematic Studio Brass is, however, very enjoyable to use and in my view, something of a brassy bargain. 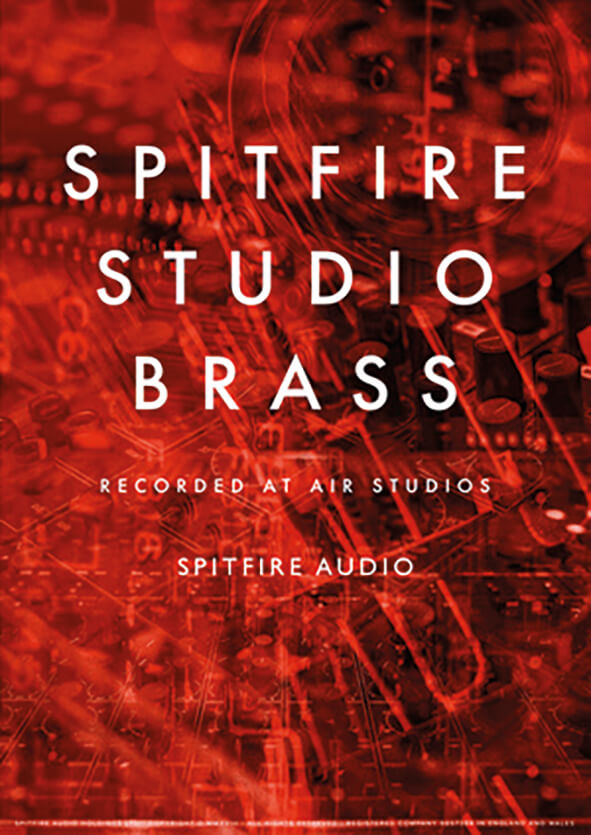 This new package is similarly recorded in a drier environment, while offering extended instrumentation and a vast number of mic’ing and articulation options. It’s available in Pro/Non-Pro formats, so is a good fit for any budget. 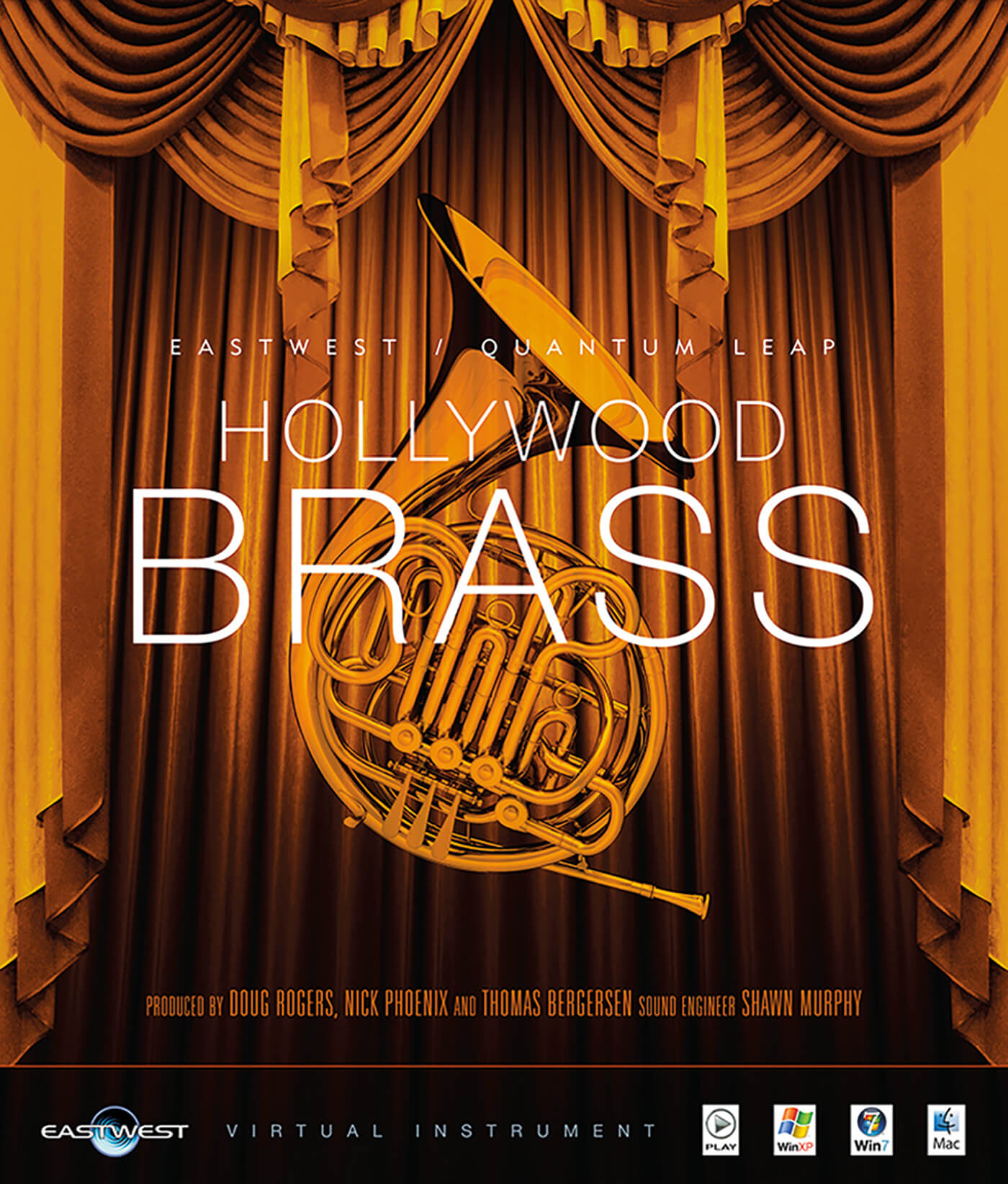 Another soundstage based library, with a distinct West Coast flavour and brightness. It’s very comprehensive in a commercial context, and you can rent it via Composer Cloud, making it very cost-effective.